Class I railroads make up the majority of Arkansas's rail network accounting for roughly 71% of the state's total mileage. However, if you are interested in Arkansas railroad jobs the state is home to several shortlines (Class IIIs) and one regional (Class II).

Also, Amtrak (the National Railroad Passenger Corporation) operates through central Arkansas as part of its corridor connecting Chicago with Texas. The information presented here looks to provide you with either company contact information or their career web pages.

If you have ever read or perused through other pages of the job section here at the website I have often spent at least a little time addressing just what it is like to work within the railroad industry, particularly if your interest is in the more traditional fields like transportation or maintenance. 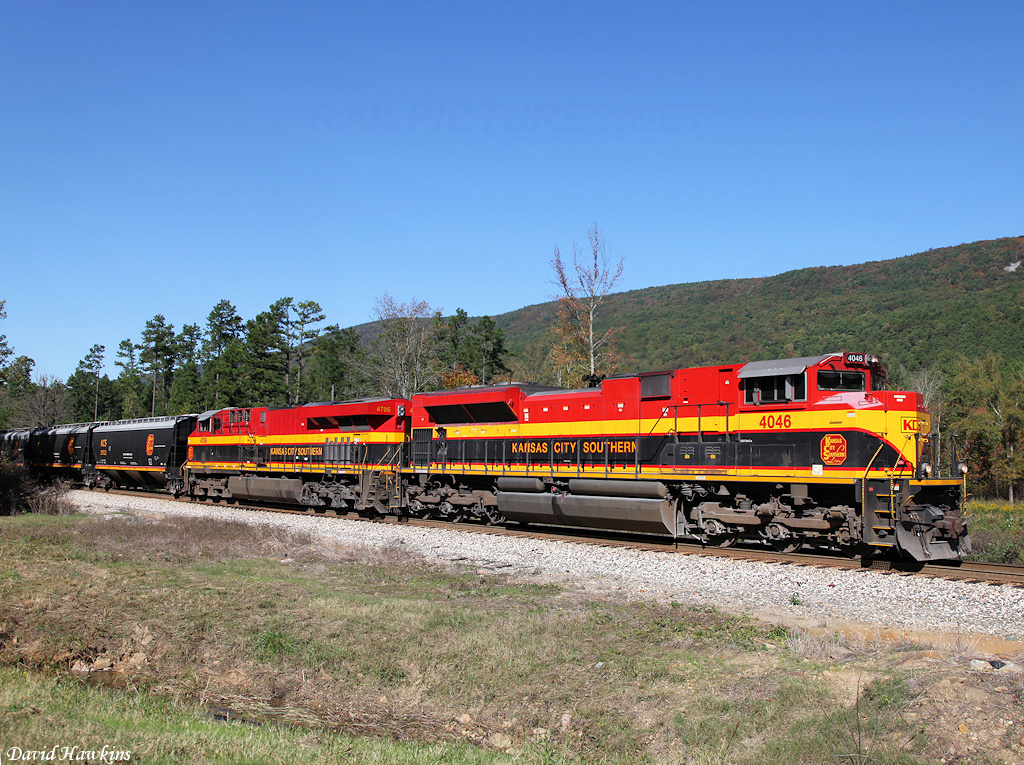 If you are rather unfamiliar with the industry please let me stress that being a railroader is very tough work and is not only dangerous but also requires one to remain on the job for very long hours and constantly away from home (fatigue is an especially serious issue).

So, just keep this in mind when considering a career as a railroader. Also, of note, if you are in college or are planning to attend several Class I railroads either offer scholarships or summer internship/graduate programs.

You will need to contact the individual railroad to see about job openings (Genesee & Wyoming, Watco, and Patriot Rail requests that all potential job seekers visit the employment page at their respective websites).

While addresses are often included here for many companies, I cannot fully guarantee that the information is completely up-to-date or accurate (please research, yourself, to be sure). Once more, please be aware that contacting me concerning possible job openings is of little use as there is simply not much help I can provide.

In the event you are interested in a particular position or would like to know if a railroad is hiring you will need to contact them directly.

Arkansas & Missouri Railroad: The large A&M has been independently owned since it began service in 1986 over former Frisco property.

The railroad currently operates nearly 140 miles between Fort Smith, Arkansas and Monett, Missouri. It was long regarded as a haven of classic Alco road-switchers but has since acquired new Electro-Motive SD70ACe models.  For information regarding employment please visit their website.

Arkansas, Louisiana & Mississippi Railroad: The AL&M is a Genesee & Wyoming property, operating about 53 miles of track between Crossett, Arkansas and Monroe, Louisiana. The route's history dates back to 1906 and was for years owned by lumber interests, lastly by Georgia-Pacific.

Arkansas Midland Railroad: The Arkansas Midland was another G&W railroad that operates seven disconnected corridors across the state totaling 125 miles in conjunction with allying-roads the Prescott & Northwestern and Warren & Saline River. 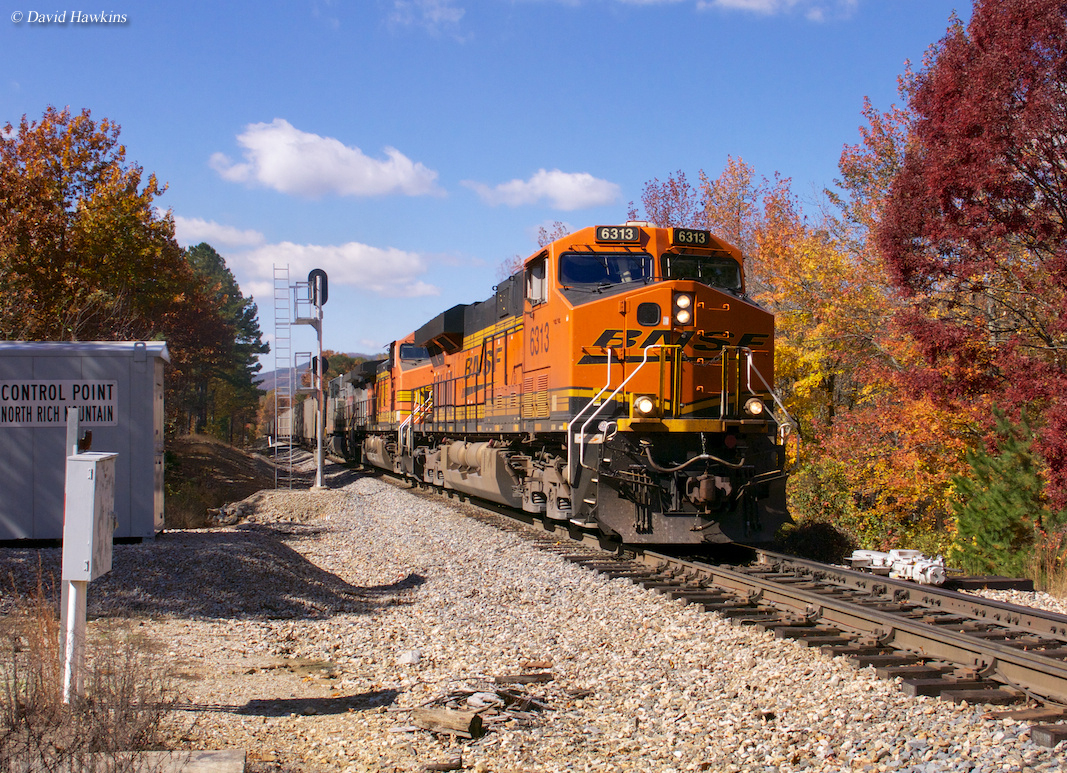 Bauxite & Northern Railway: The small Bauxite & Northern can trace its history back to 1906 serving the area around Bauxite, Arkansas. For many years it was owned by the Aluminum Company of America (Alcoa) but was acquired by RA in 2005. Today, it is a G&W property.

De Queen & Eastern Railroad: Another historic operation, the De Queen & Eastern was chartered in 1900. It would eventually connect Perkins, Arkansas with Valliant, Oklahoma via De Queen. This main line is still operated today under Patriot Rail, which acquired the railroad from Weyerhaeuser.

East Camden & Highland Railroad: Also known as the EACH Railroad this operation has been in service since 1971 when it was incorporated to serve the Shumaker Ordnance Depot at East Camden, Arkansas. This privately-owned company has its own website.

El Dorado & Wesson Railway: The historic ED&W traces its roots back to incorporation in 1905. The road would eventually operate about 10.2 miles from El Dorado to Wesson but nearly 5 miles was abandoned back to Newell in 1959. The company's current address is believed to be: P. O. Box 46, El Dorado, Arkansas 71731.

Fordyce & Princeton Railroad: The Fordyce & Princeton traces its history back to 1890 and currently operates 57 miles between Fordyce and Crossett. It was built to move forest products and still does today. In 2004 Georgia-Pacific sold the system to Genesee & Wyoming.

Kiamichi Railroad: This large short line operates 261 miles of track (some of which is trackage rights) running from Hope, Arkansas to west of Durant, Oklahoma along the Red River.

There is also a north-south section running from Paris, Texas to Antlers, Oklahoma. Today, it is operated by Genesee & Wyoming and moves a wide variety of freight.

Little Rock Port Authority Railroad: This locally owned operation has been in service since 1972 operating about 12 miles and connecting with the Port of Little Rock Industrial Park where several various businesses have rail service. You can visit the port's website for more information.

Louisiana & North West Railroad: This historic line dates back to its founding in 1888. The L&NW eventually grew to 124 miles between McNeil, Arkansas and Natchitoches, Louisiana but this was later cutback to Gibsland. These 68 miles are still operated under Patriot Rail today.

For many years it was under RailAmerica before this company was purchased by Genesee & Wyoming in 2012. Today, the M&NA operates nearly 600 miles of track from southeastern Missouri to northern Arkansas. Its annual carloads exceed 100,000.

It was originally a Rock Island branch and later when through several ownerships until being sold to the Arkansas Short Line Railroads, renamed as the Ouachita Railroad. The company's most current address is known to be; 730 South Washington, El Dorado, Arkansas 71730.

Prescott & Northwestern Railroad: The historic P&NW was chartered in 1890 by the Ozan Lumber Company to serve timber interests north of Prescott. Its primary traffic then was forest products but also carried perishables/agriculture and gypsum. Today, it is a division of Genesee & Wyoming. 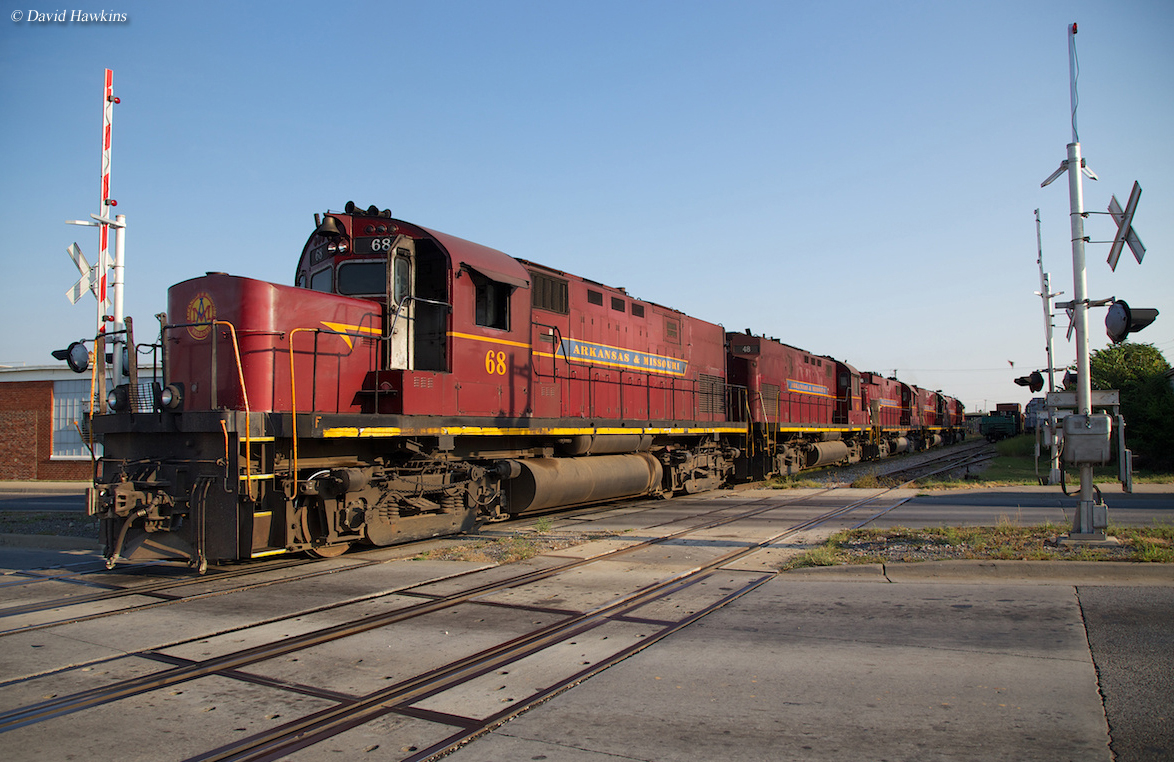 Texas, Oklahoma & Eastern Railroad: The TO&E, also a Patriot Rail subsidiary, operates the other half of the original De Queen & Eastern main line from the Arkansas state line to Valliant, Oklahoma. Its traffic base is predominantly forest products.

Warren & Saline River Railroad: This small short line dates back to 1920 and for many years was owned by the Potlatch Corporation. Its traffic has always been forest-based which continues today.

The road operates about 8 miles between Cloquet and Warren. It was owned by Pinsly between 2010 and 2014 before the system was acquired by Genesee & Wyoming.