Despite its location, the Peace Garden State is home to more railroads than you may realize.

If you are interested in North Dakota railroad jobs, Class I's BNSF Railway and Canadian Pacific (ex-Soo Line) both operate there along with three Class II's (Dakota, Missouri Valley, & Western; Northern Plains Railroad; and the Red River Valley & Western) and a handful of short lines.

While the large railroads make up better than two-thirds of the state's total trackage today, North Dakota still has more than 3,200 miles in operation.

Given its location the state's originating rail freight is nearly 70% agricultural although it does produce other traffic such as coal and petroleum.

Today, North Dakota continues to remain important as a through route for major Class I's as well as originating traffic for smaller carriers.   Due to the state's relatively small size there are only a few short lines currently in operation here.

As a result, if you are interested in working on the railroad you will likely be employed by a Class I railroad.

These companies offer excellent pay and benefits although your hours on the job are erratic, long, and unpredictable. 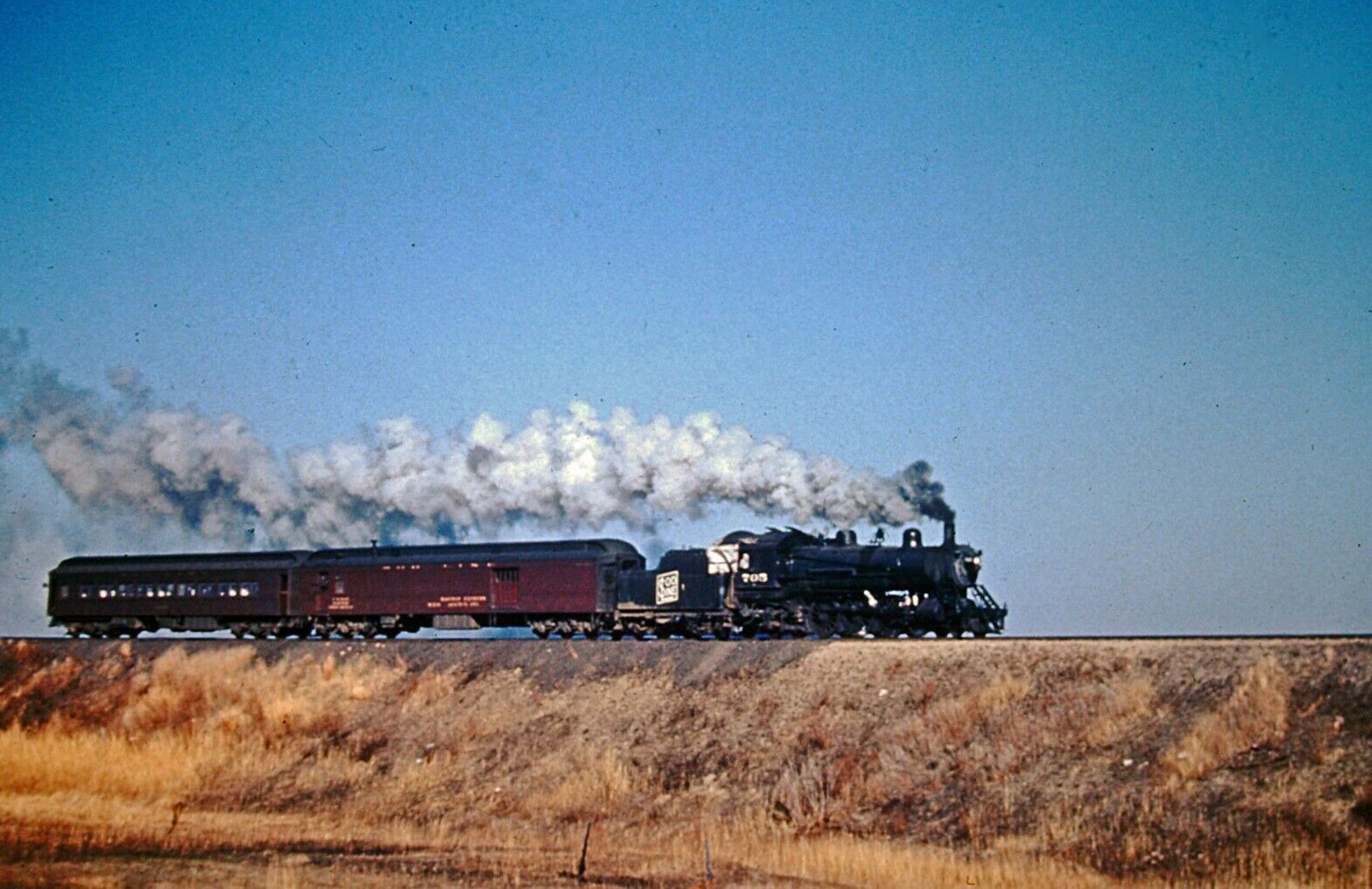 Railroading is one of those careers that either becomes a part of you or does not, and for good reason. Railroaders often say that the job is a lifestyle due to the long hours it requires, as one is constantly away from home.

Of course, the railroads on which this occurs, Class Is, offer excellent compensation in return. However, it ultimately boils down to a decision.

For you, are the long hours and good pay worth the time away from home and family? For some folks it is while others decide it is not. In the end, again, it's something you will have to decided for yourself.

Lastly, I cannot guarantee that the information listed here is completely up-to-date and accurate although it is to the best of my knowledge.

Finally, if you are a college student or plan to attend with an interest in the field of business (such as management, accounting, or economics) consider checking out the summer programs some Class Is have available, which include graduate and internship studies (some also offer scholarships).

Dakota, Missouri Valley & Western Railroad: The DMV&W began operation in 1990 and today operates about 89 miles of its own trackage and leases another 435 from Canadian Pacific.

Overall, it stretches from north of Bismarck all of the way south to Aberdeen, South Dakota. The company also operates an unconnected section of line in northwestern North Dakota. For information regarding employment please visit their website.

Dakota Northern Railroad: This short line carrier began operation only in the mid-2000s and operates more than 70 miles of trackage in northeastern North Dakota (leased from BNSF Railway) although it is headquartered in Crookston, Minnesota. To contact the railroad; 28997 255th Avenue Southwest, Crookston, Minnesota 56716.

Northern Plains Railroad: This large short line, which debuted in 1997, operates nearly 400 miles of track in northern North Dakota and northeastern Minnesota. It also operates an unconnected line serving the region around Langsford. Please visit the company's website regarding job openings and opportunities.

Today, the railroad operates more than 500 miles of track. The independently-owned system maintains its own website and can be contacted there.

Yellowstone Valley Railroad: This short line is owned by the Watco Companies and operates more than 170 miles leased from BNSF Railway.

The line is mostly located in northeastern Montana stretching from Glendive, north to Scobey, Montana.