If you are interested in New Mexico railroad jobs you have few options outside of the large Class I companies (BNSF Railway and Union Pacific) as the state is primarily home to their through main lines which connect Chicago with Los Angeles.

Throughout the United States there is perhaps not a more unique place to work on the railroad than through the deserts, mesas and open country of the Southwest.

New Mexico is filled with beautiful vistas like these and I'm sure for many railroaders employed in that region it is an added perk to the job. 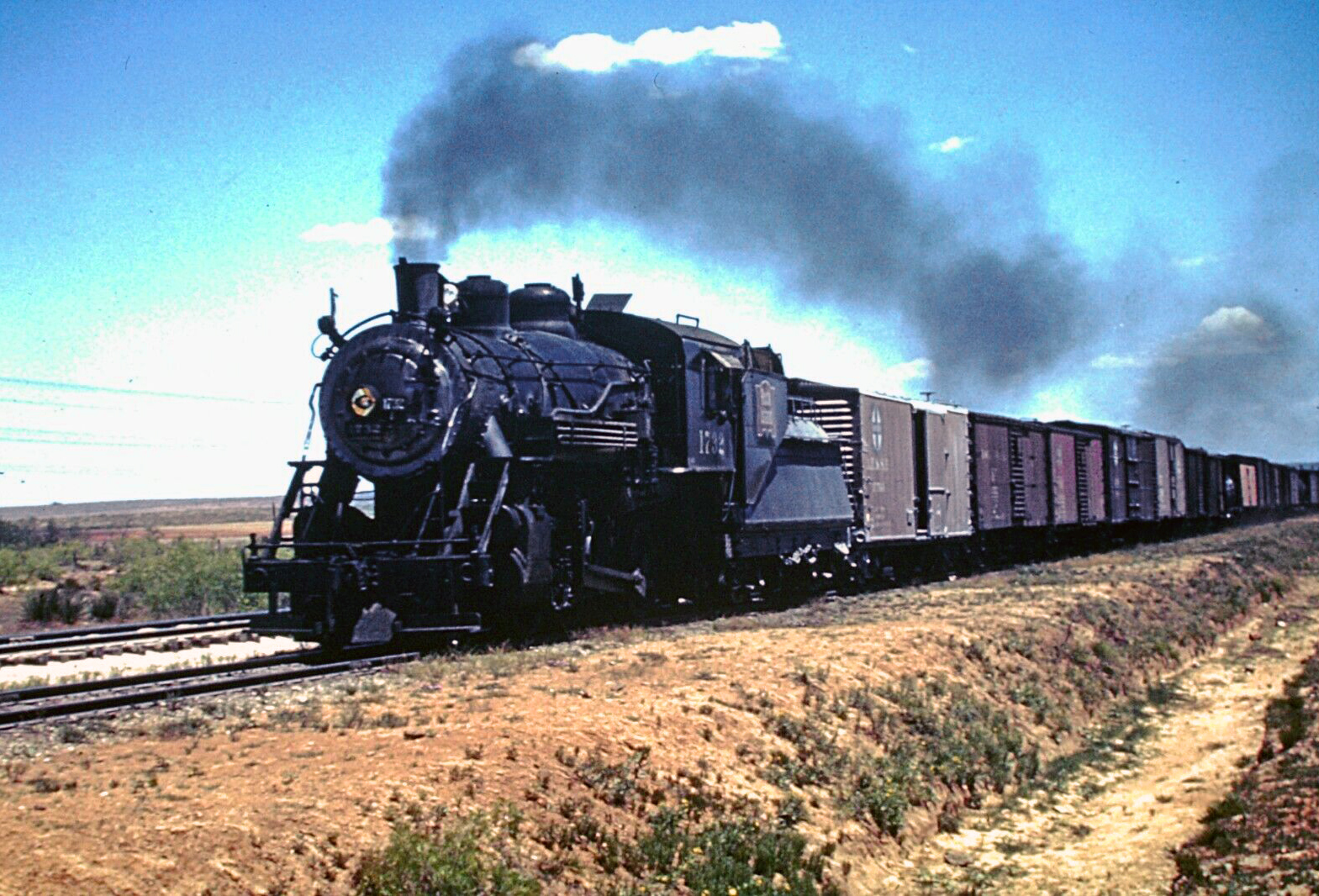 Chicago, Rock Island & Pacific 2-8-0 #1732 carries out switching chores at the Southern Pacific interchange in Tucumcari, New Mexico on May 11, 1940. This little Class S-39 was originally manufactured by American Locomotive's Brooks Works in 1903. It spent its final days performing duties such as this and retired shortly after this photo was taken.

A career in the industry has offered superb pay and benefits for more than a century; entry-level positions today, on Class I carriers, as either a conductor or member of the maintenance-of-way gang start out in the high $30,000's to $50,000's.

You can also work you way into senior level positions such as roadmaster and trainmaster, both excellent jobs in terms of pay as well.

If you are seriously interested in pursuing a railroad career, especially in either the transportation or maintenance fields (which include such positions as conductor, engineer, or general track maintainer), the work can be brutally difficult.

Today, the physical demands are not quite the same as they were before heavy mechanization decreased the need for so much human labor (although it hasn't completely disappeared).

However, perhaps the hardest aspect of the job is the sheer number of hours you must be on call, which usually means long, 12-hour days. While smaller railroads usually offer a more predictable work schedule they cannot match the level of pay, benefits, and retirement of Class Is.

Ultimately, it comes down to whether you think a career as a railroader is right for you.

Lastly, if you are a college student you may want to see what internship programs BNSF, Union Pacific, or really any of the Class I railroads have to offer.

Most offer some type of summertime management/business program for college students to help them get an early start in the field.

Finally, I cannot guarantee that the contact information listed here is entirely, 100% accurate.

However, as far as I am aware it is up-to-date.  New Mexico has never been a state filled with railroads and has primarily functioned as through routes for major carriers.

As such if you are interested in a position here you will likely need to apply with state's two Class I's (BNSF Railway and Union Pacific) or Amtrak.

In addition, however, be sure and check out the few short lines to inquire about potential openings/hiring.

Arizona Eastern Railway: The Arizona Eastern is a large operation utilizing more than 200 miles of trackage between Clifton and Miami, Arizona while it briefly enters New Mexico.

For more many years the property was owned by Southern Pacific before spun-off.

After going through a few owners the AE is currently the property of large short line conglomerate Genesee & Wyoming, which may be contacted regarding career opportunities.

It was an entirely electrified operation with a sole purpose of shuttling coal from BHP Billiton's Navajo Coal Mine to the the Four Corners Generating Station.

It began operation in 1974 and was expanded in 1984, maintaining around 14 miles of track. There was no connection with the national rail network.

The generating station closed in December, 2019 with the railroad making its final run on August 26th that year.

Santa Fe Southern Railway: This short line provides freight and excursion service over the former AT&SF's Santa Fe branch between Santa Fe and the transcontinental main line at Lamy, 18 miles in all.  It has been in operation since 1992.  It now operates a tourist train known as the Sky Railway.

Southwestern Railroad: This short line, a division of Jaguar Transport Holding, has operated since 1990 (originally part of The Western Group) over former Santa Fe trackage.

It began in 1990 by operated the ex-AT&SF property north and west of Whitewater to serve Phelps Dodge's open-pit copper mines at Chino and Tyrone, and the smelter at Hurley.  It then reached Deming to the south in 1994 (27 miles) by acquiring more AT&SF trackage.

In 2001 it picked up 60 miles between Rincon and Deming from Burlington Northern Santa Fe, another former component of the Santa Fe.

Its property forms a rough "V" and its traffic remains based in the copper industry.  The railroad is headquartered in Deming with interchanges carried out via BNSF. 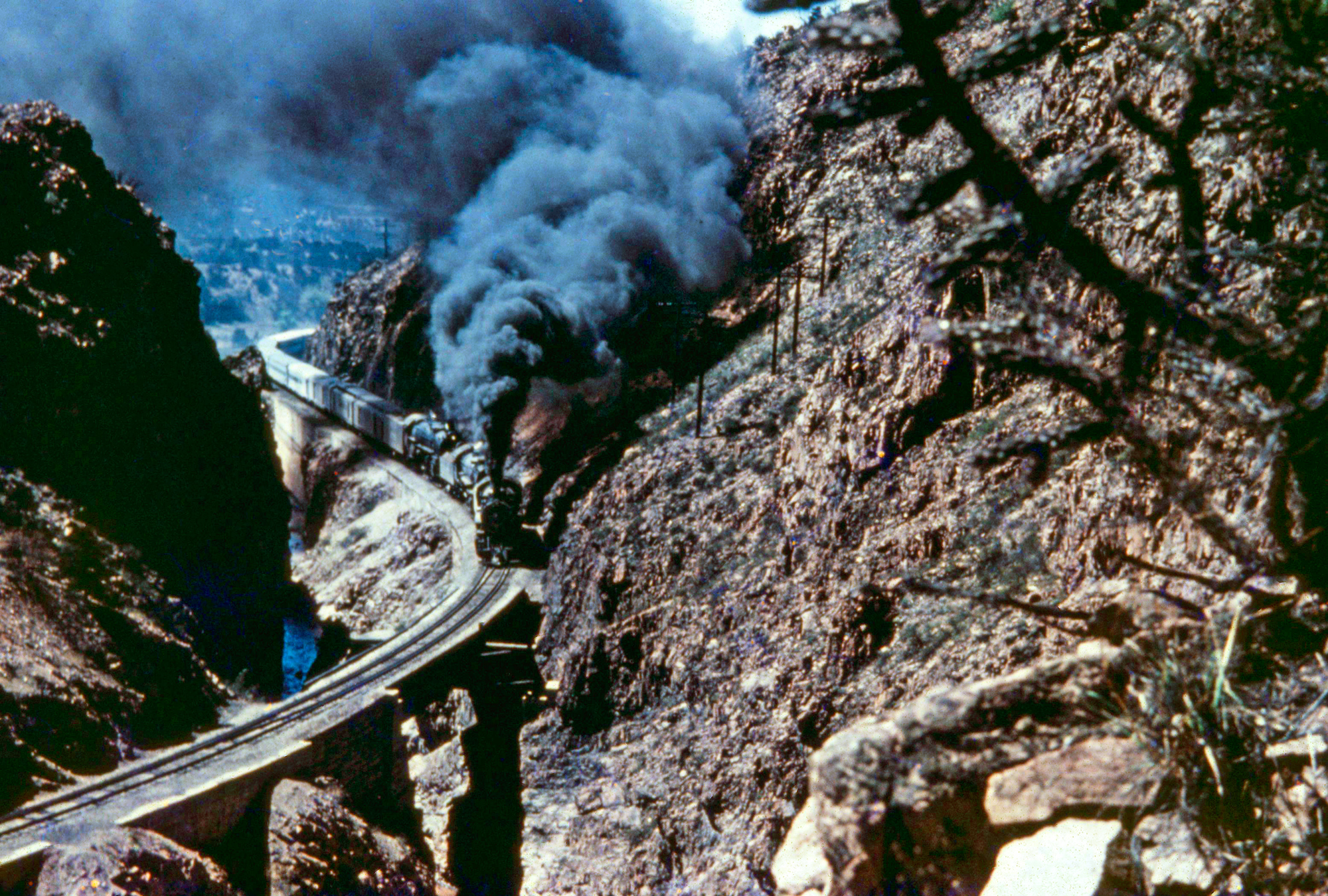 The company has went through various ownership since 1989 and is currently the property of Iowa Pacific.

Recently, the company is working to greatly updated and upgrade the property for heavier freight use in the coming year.

Iowa Pacific is an expanding short line system which operates several rail lines across the country and may be contacted through their website regarding possible job opportunities.