The branches are disconnected and run roughly west/southwest from Minidoka, Idaho and north/northeast from Idaho Falls, Idaho (also the railroad’s headquarters).

The history of these lines date back to the late 19th century and were later purchased by the Oregon Short Line.

Today the Watco family of short line railroads based out of Pittsburg, Kansas, owns the Eastern Idaho Railroad, whose base of operations is in Twin Falls.

Given that the short line, today sees a significant and growing amount of traffic its future appears to be quite stable under Watco. 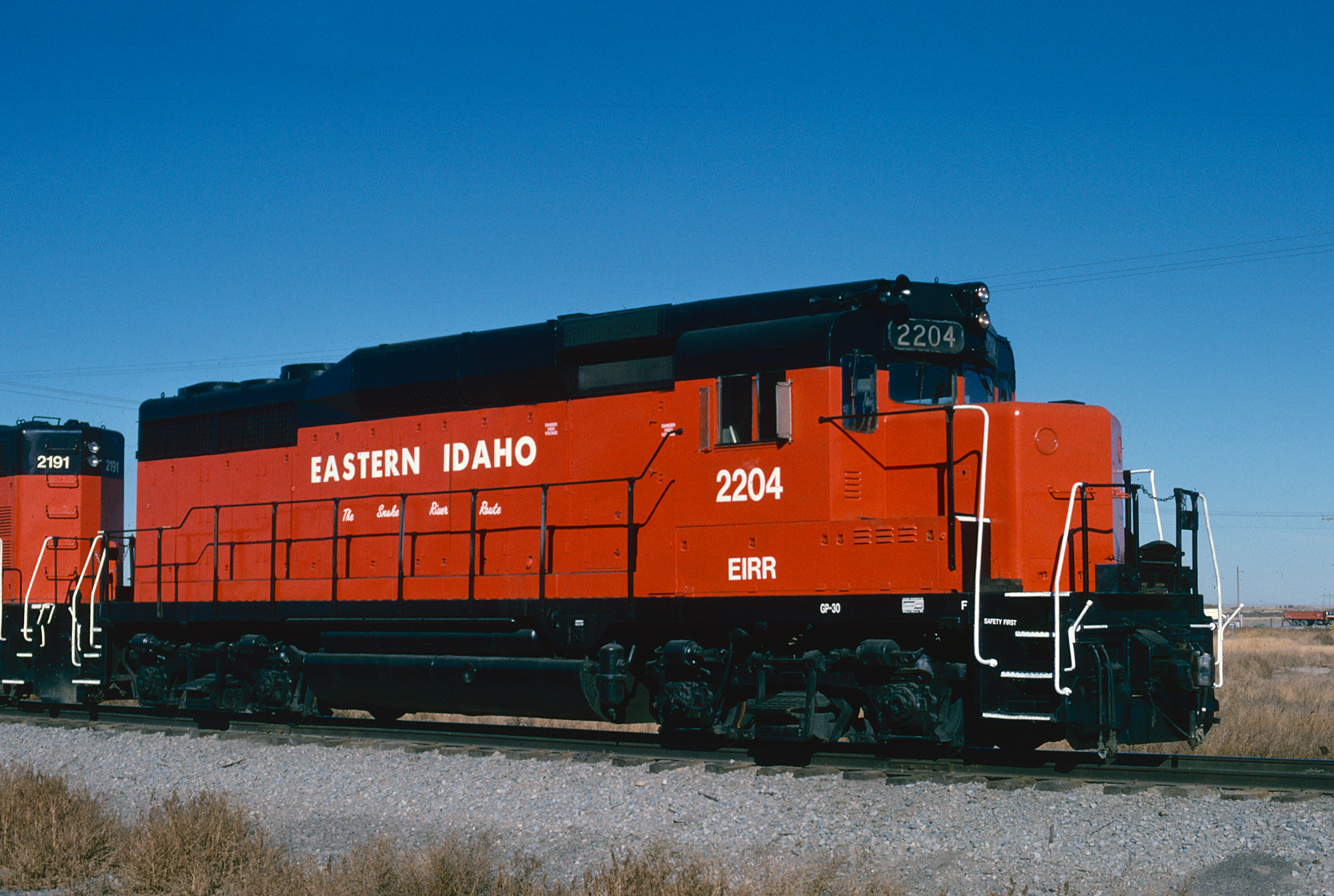 Most of the Union Pacific's trackage northwest of Wyoming came through ownership of the Oregon Short Line Railway.

This operation, later renamed the Oregon Short Line Railroad after the Union Pacific fell into receivership in 1893, was originally formed by UP in 1881 as a means of continuing its Northwestern expansion.

UP came up with the term "Short Line" term to invoke the shortest and fastest railroad between Wyoming and western Oregon.

Such monikers were a common tactic in railroad development as promoters looked to gain any advantage possible in the public arena and securing funding for their project.

The most widely used title was "Air Line," which described a railroad built with virtually no curves or grades.  It required huge fills and deep cuts with the right-of-way typically soaring over the surrounding valley or region (hence the term "Air Line").

Unfortunately, most such projects were either shelved or never completed due to their enormous cost.

Through the OSL, Union Pacific was eventually able to reach Portland through ownership of the Oregon Railway and Navigation Company in 1898.

This was also how the OSL expanded its system for its parent by purchasing and taking over smaller lines. 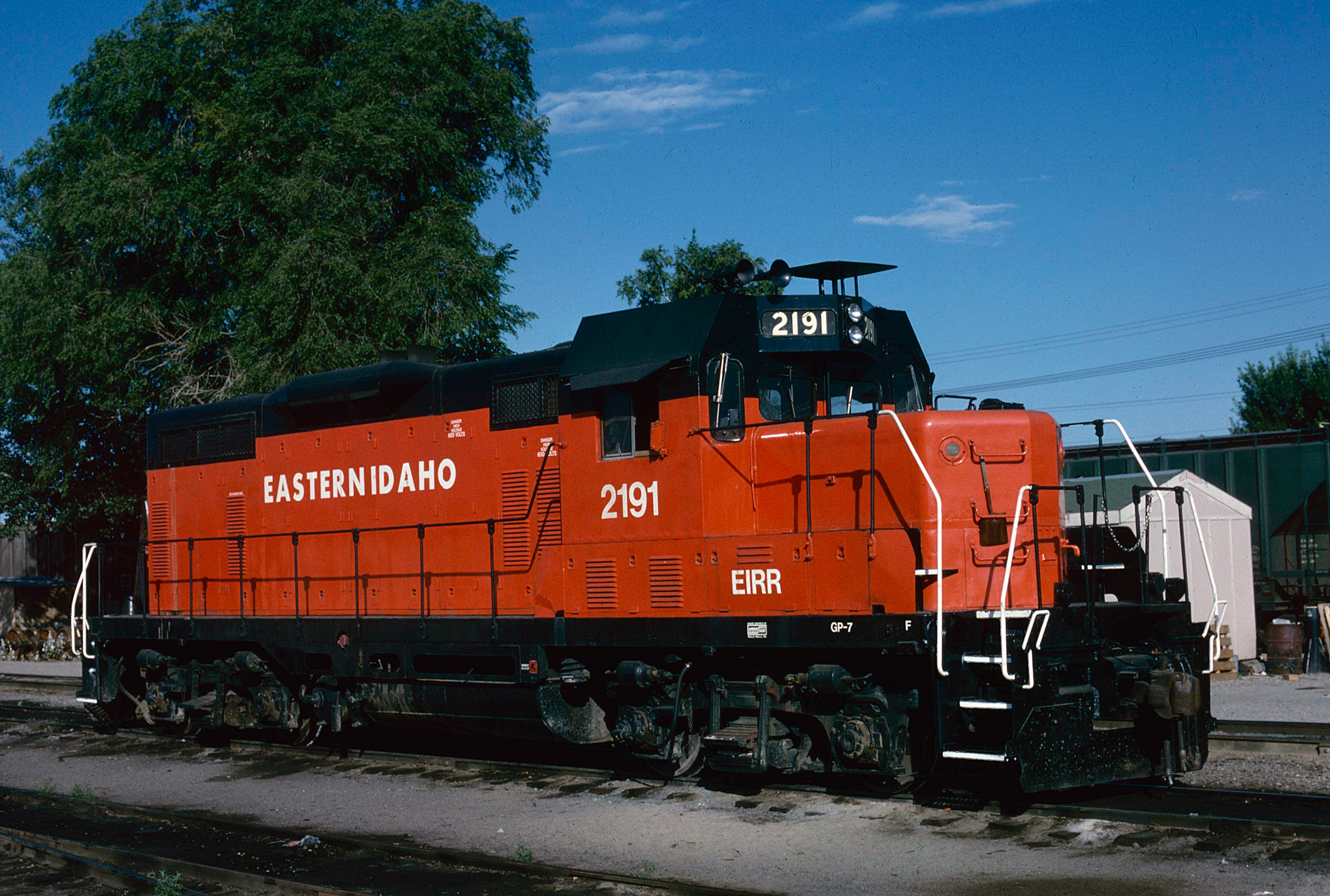 The Union Pacific continued to operate much of its secondary and branch lines in the Pacific Northwest until deregulation in 1980 after which point it began to slowly sell off or abandon segments it considered either outright unprofitable or of too low value to retain. 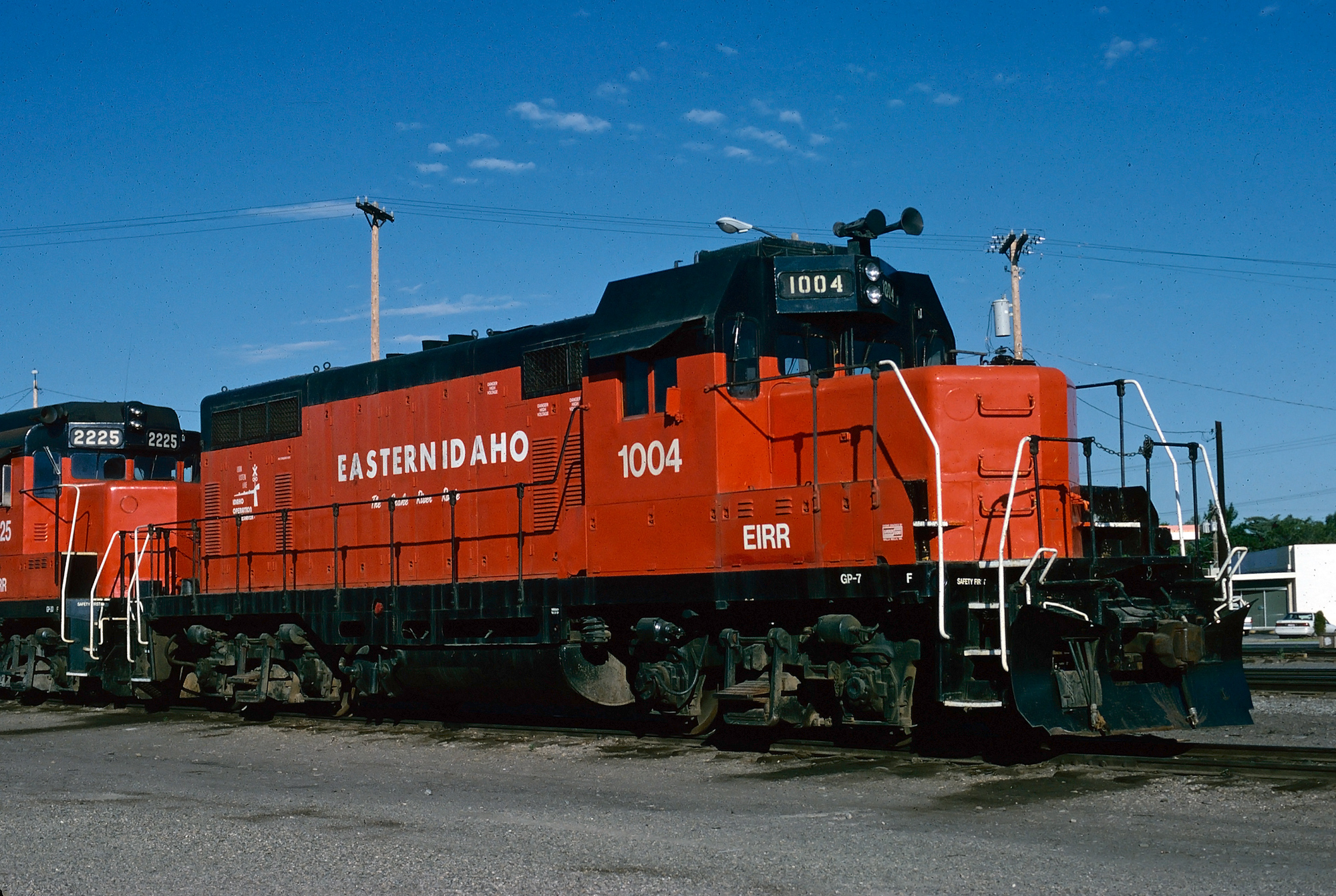 By 1993 the Class I began looking to shed its secondary lines in eastern Idaho and by November had sold to the newly formed Eastern Idaho Railroad one of the single largest segments of track in the company's history, comprising some 270 miles covering several various branches. 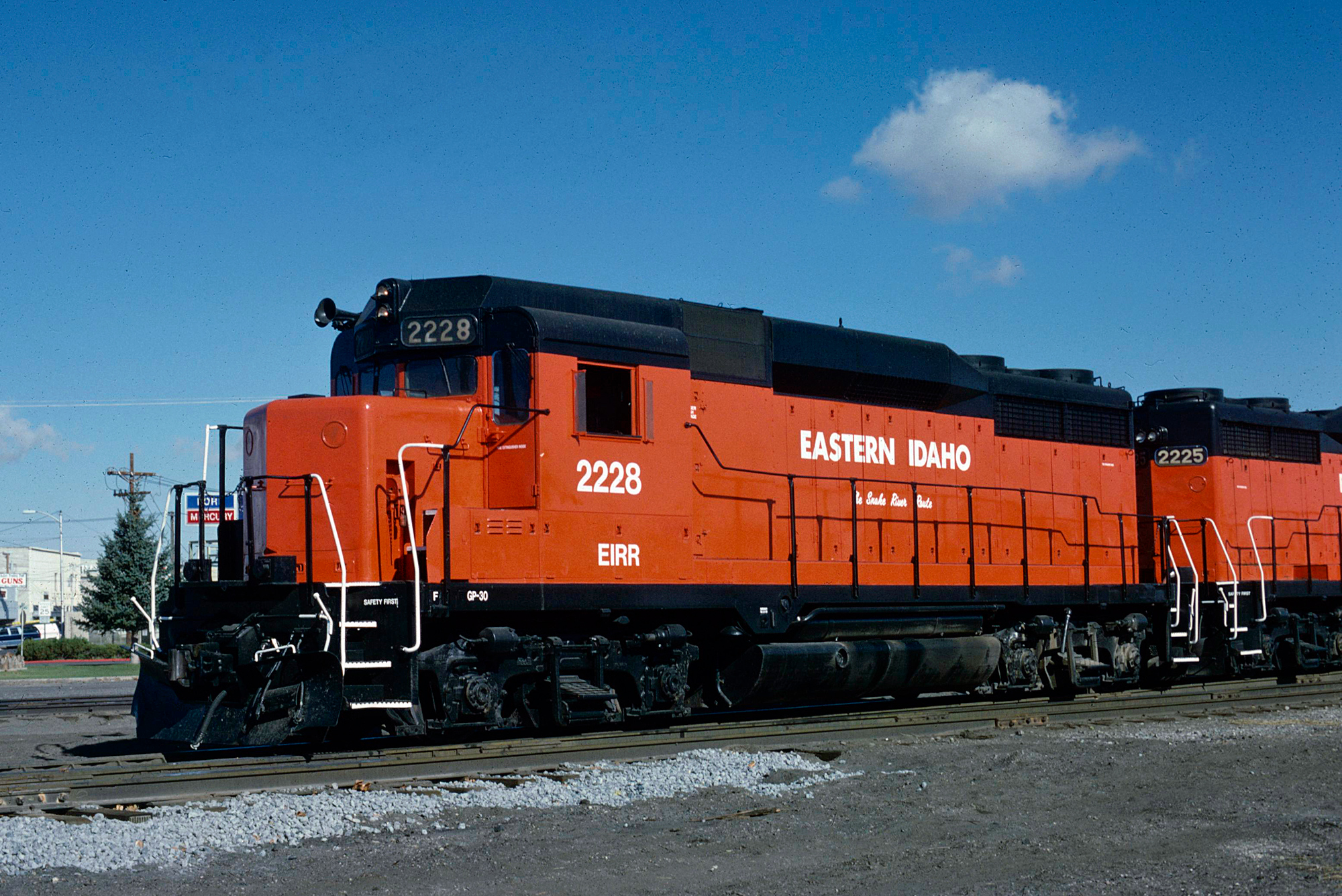 Overall the EIRR is quite busy between the two branches it operates, seeing well over 35,000 annual carloads with traffic based in agriculture, food-based products, coal, limestone, chemicals, aggregates, and coal.

Of note for those who have seen the railroad its livery is interesting in being similar to that of the late Milwaukee Road with orange along the flanks and black used towards the bottom and top of the locomotives.

Currently the Eastern Idaho's diesel locomotive power is made up entirely of EMDs (most of which are Geeps) and includes GP30s, GP35s (various), and SD45s.

Please note that the above road numbers are the originals assigned by the Eastern Idaho prior to Watco ownership, although I do not believe they have since changed.