According to the Surface Transportation Board (STB) and American Short Line & Regional Railroad Association (ASLRRA) the latest, 2016 definition of a Class II, "regional" railroad, is any with annual operating revenues greater than $39.194 million but less than $505 million.

As with Class I's, a regional's classification is updated annually to meet inflation and other market factors (using the base year of 1991 according to the ASLRRA).  At the current time there are twenty-one Class II's in service.

These systems range from those independently owned (like the Iowa Interstate) while others are part of large corporations/state agencies (such as Watco's Wisconsin & Southern, Genesee & Wyoming's Buffalo & Pittsburgh, and the Alaska Railroad).

Interestingly, the regionals of today are far different than in years prior.  Because of their well-maintained rights-of-way (welded rail and pristine ballast), new locomotives, and quality equipment they are sometimes confused as Class I's. 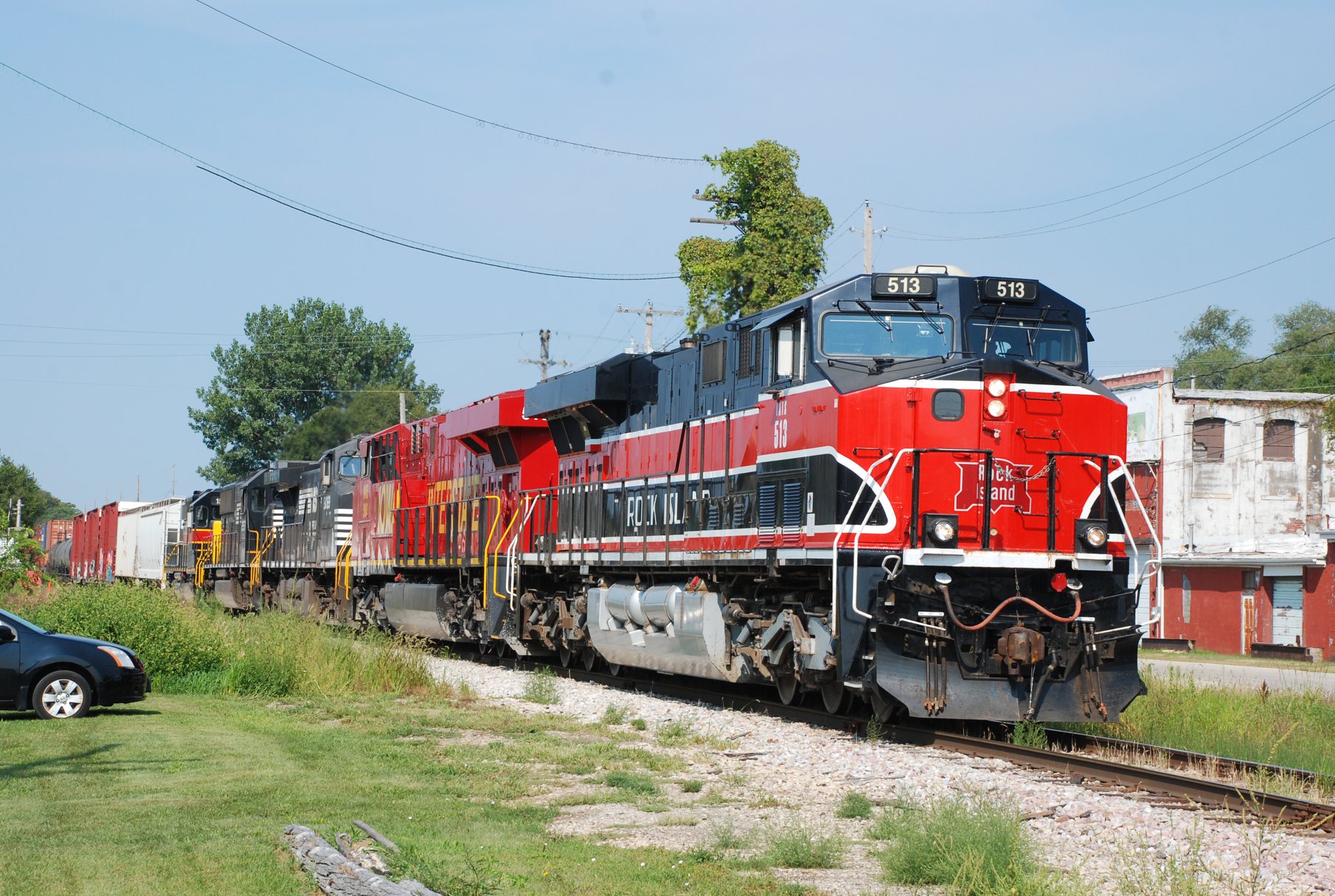 If you enjoying watching and/or photographing trains, Class II's (and especially short lines) have traditionally provided a different perspective as they utilize an eclectic fleet of motive power and operate within a specific region.

Today, some railfans, particularly those from the older generations, have lost interest in the hobby since Class I's operate predominantly unit consists (coal, intermodal, grain, etc.) and utilize motive power which, largely, all looks the same.

As time passes, regionals have increasingly mirrored their larger counterparts with roads like Montana Rail Link, Iowa Interstate, and Florida East Coast now boasting new locomotives of their own.

In addition, others have traded their independent liveries for the orange and black of short-line/regional conglomerate Genesee & Wyoming.

Many regionals sprang up after the Staggers Act of 1980; this federal legislation greatly deregulated the industry allowing Class I's an easier time in shedding unwanted trackage. 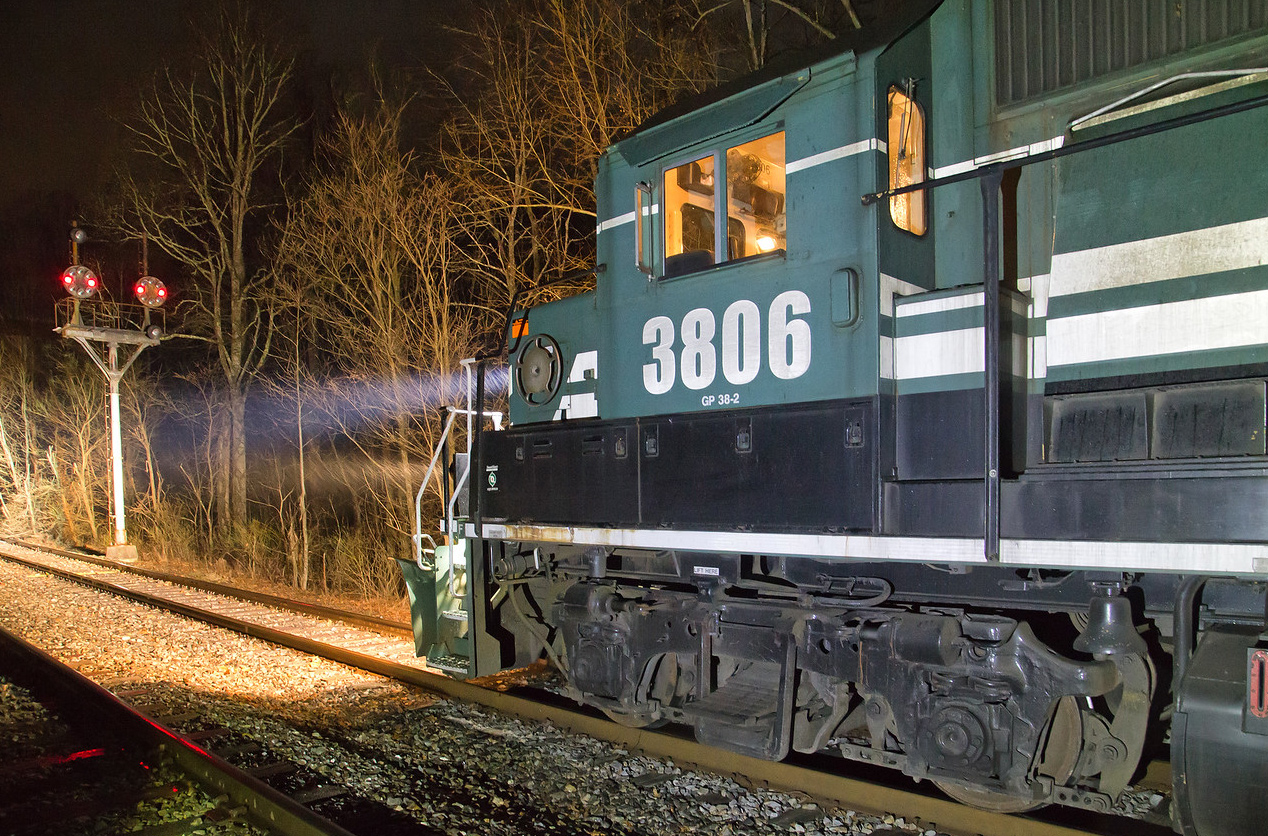 Some sales were large enough to immediately form Class II's such as the:


However, not all are startups; names like the Florida East Coast, Providence & Worcester (now a G&W property), and New York, Susquehanna & Western have operated for more than a century. 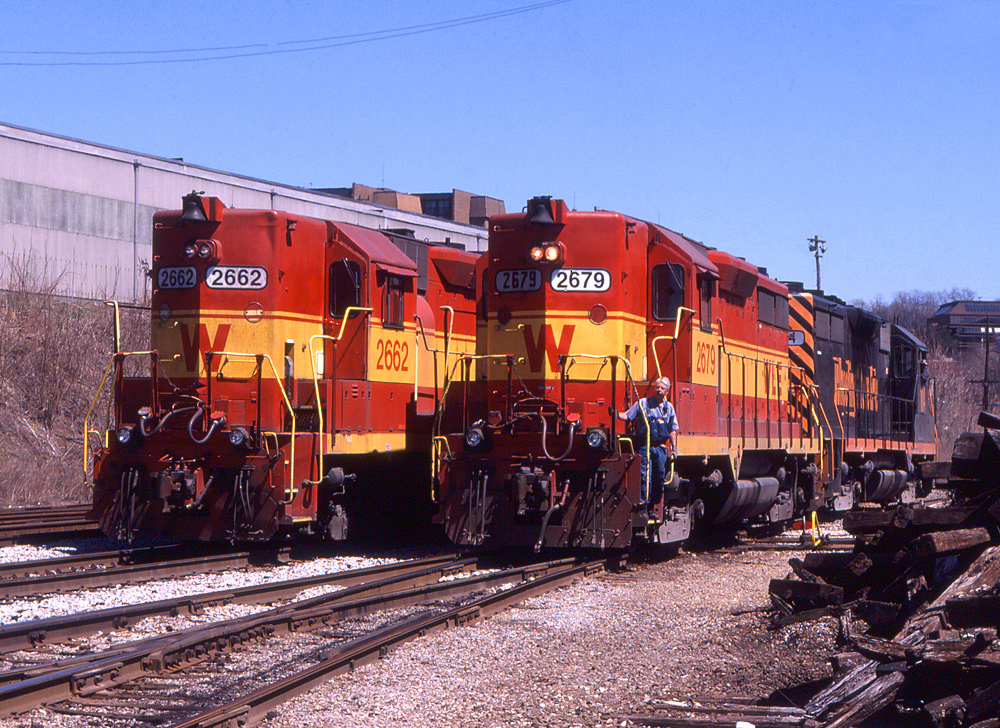 There have also been Class II "fallen flags," normally the result of Class I acquisition. Two notables were the Wisconsin Central and Gateway Western.

The WC's name dates back to the 19th century but was reborn in 1987 as a large, 2,300+ mile system utilizing former Milwaukee Road and Soo Line trackage in northern Wisconsin and Michigan's Upper Peninsula (it later acquired the historic Green Bay & Western, Fox River Valley Railroad, and Ontario's venerable Algoma Central).

The WC had blossomed into a lucrative venture by the 1990's, perhaps even threatening to earn Class I status if left unchecked.

This prompted the Canadian National Railway to purchase the road, completing the transaction in 2001.  Gateway Western (GWWR) was a 1990 creation using former Illinois Central Gulf lines that had once belonged to the Chicago & Alton.

The trackage linked Chicago, St. Louis, and Kansas City.  It was originally known as the Chicago, Missouri & Western, launched in 1987, although financial problems led to its failure within a few years.

The GWWR became successful in part due to the Santa Fe, which utilized trackage rights to send significant business into St. Louis.

This continued until the Burlington Northern Santa Fe merger of 1995 (Burlington Northern already operated two routes into St. Louis via predecessors St. Louis-San Francisco Railway and the Chicago, Burlington & Quincy) and the property was later acquired by Kansas City Southern in May of 1997. 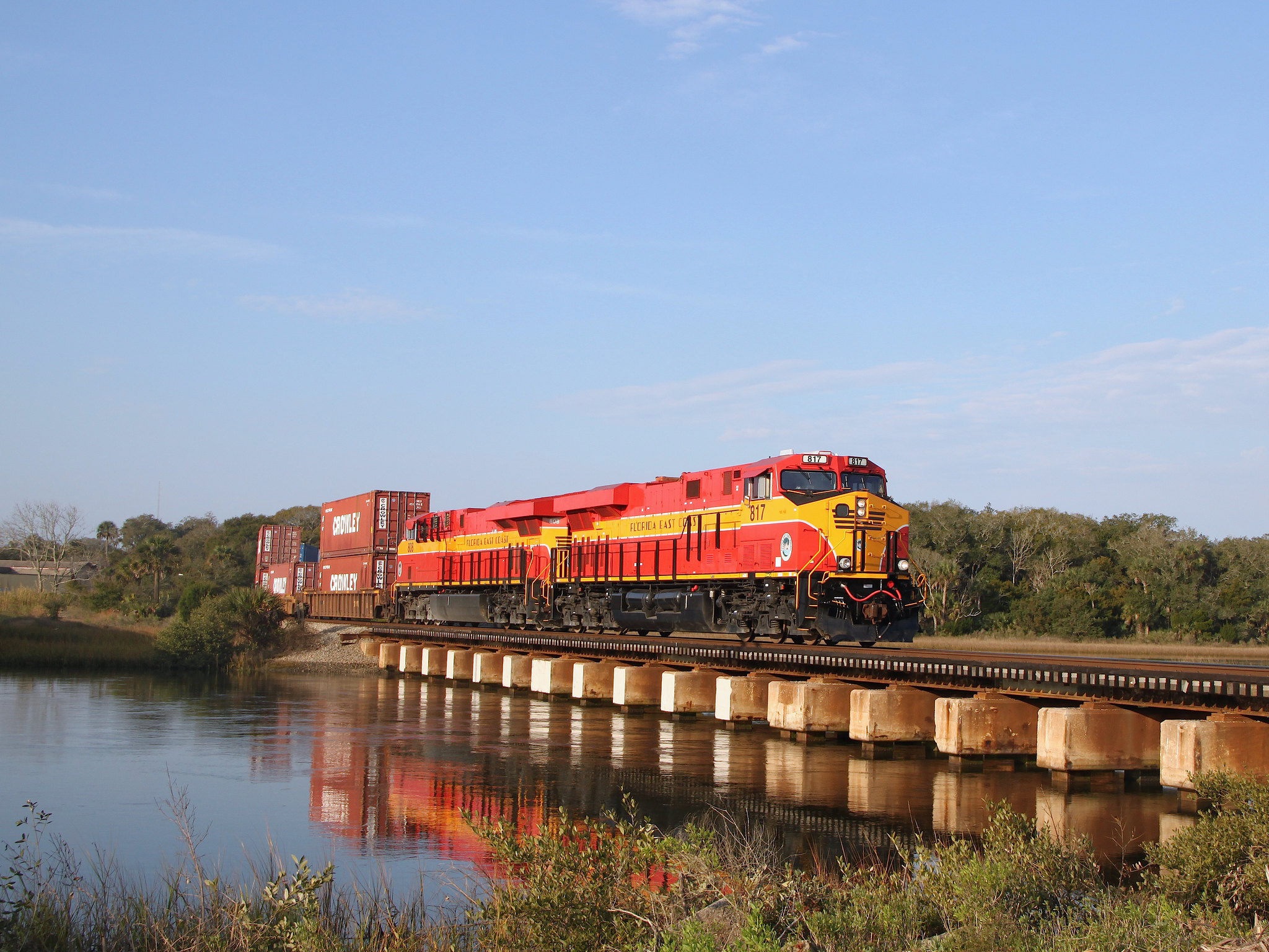 The large Canadian lines have also picked up three notables in recent years including the Elgin Joliet & Eastern; Dakota, Minnesota & Eastern; and Iowa, Chicago & Eastern.  The former was an important and historic Chicago belt line while the latter were sister roads formed in the 1980's.

The DM&E was attempting to become a major player in the Powder River Basin coal market before its sale to Canadian Pacific in 2008. 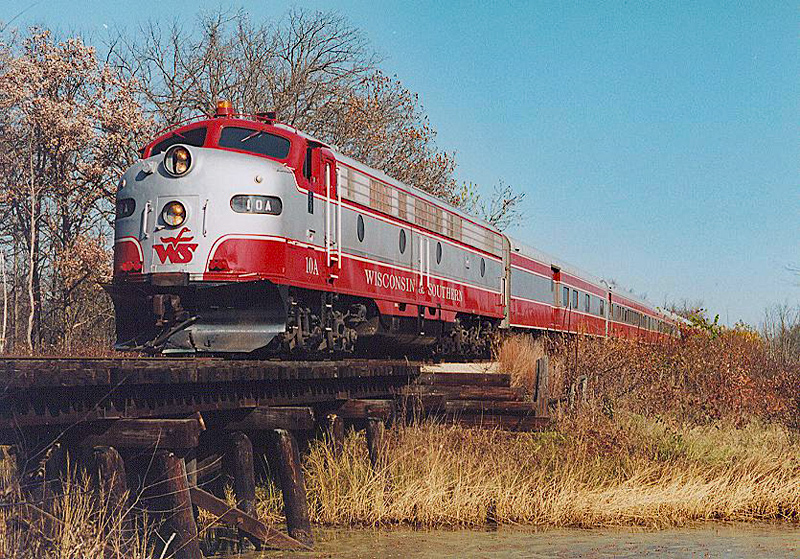 The success of short lines/regionals in the post-1980 era has been unquestioned, preserving many corridors which would have otherwise been abandoned.

This has left analysts and industry experts to conclude that shedding so much infrastructure during the 1970s and 1980s was a severe overreach despite the industry's troubles during that time.

In addition, the government's Consolidate Rail Corporation (Conrail) of 1976 proved successful but left the Northeast with monopolistic rail service.  Conrail also abandoned thousands of miles of trackage deemed superfluous although not every line was actually unprofitable. 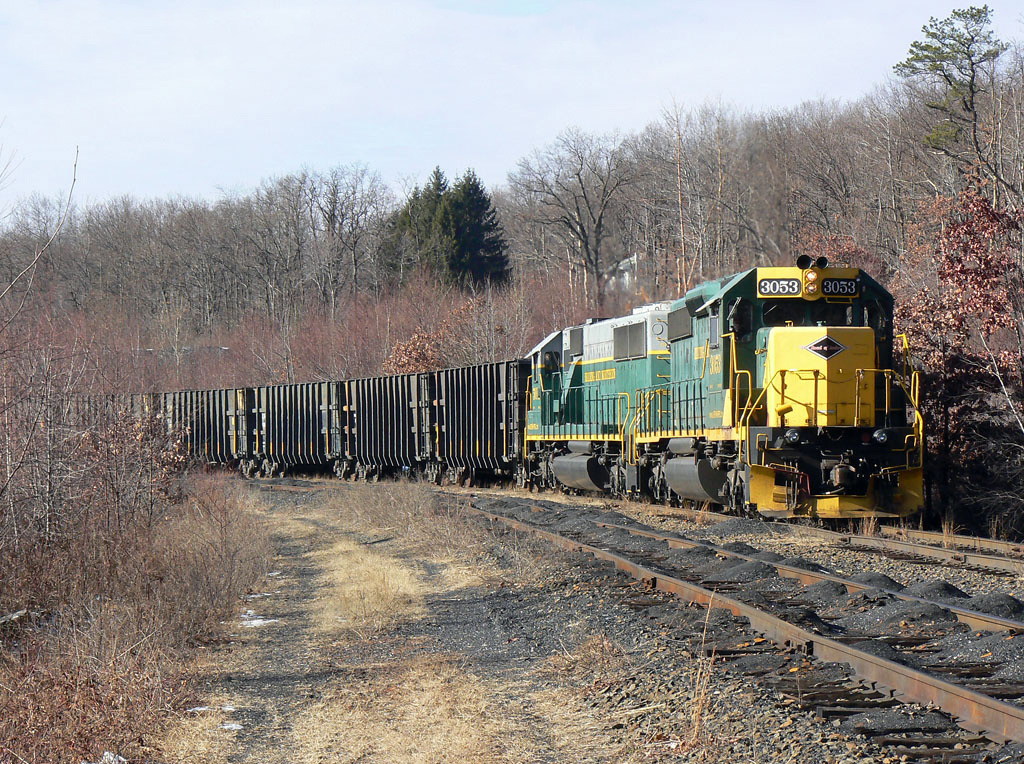 Reading & Northern SD40-2 #3053 leads the "Jeddo Job" as it waits to be loaded with culm at Jeddo Highland Coal Company's facility near Ebervale, Pennsylvania on December 22, 2010. Mike Thomas photo.

According to Freight Rail Works, an AAR-funded statistical website covering the industry, short lines and regionals account for, "...31% of U.S. freight rail mileage and 10% of employees."  Today, there are more than 550 systems in service across the country, serving every state but Hawaii.

Featured above are many of the well-known Class II's, including defunct operations such as the fabled Indiana Hi-Rail system (a famous user of Alco locomotives).  Visiting a railroad museum is always a thrilling experience.

However, nothing really compares to witnessing railroading in its truest form; a long freight at-speed or a yard switcher keeping order in what appears a chaotic mess.