The Providence & Worcester (reporting mark, PW) was a regional operation based in Worcester, Massachusetts that had its beginnings dating back to the 1840s and spent years as a New Haven subsidiary before being spun-off in 1973 after Penn Central's collapse.

Interestingly, the post-1970s P&W era was far better, more efficient, and carried higher profits than it ever did during its ownership as part of the fabled New York, New Haven & Hartford Railroad.

At its peak its system comprised over 500 miles of track stretching from (with trackage rights) New York and Connecticut to Rhode Island and Massachusetts.

Its location in the Northeast also offered the P&W a myriad number of connections with other railroads, notably Class I's CSX, Norfolk Southern, Canadian National and Canadian Pacific.  On August 15, 2016, Genesee & Wyoming announced it would acquire the system by year's end.

In addition, the carrier has expanded across Connecticut, via trackage rights and also offers service as far south as New York City.  Its strategic location means the P&W will remain an important transportation company for years to come. 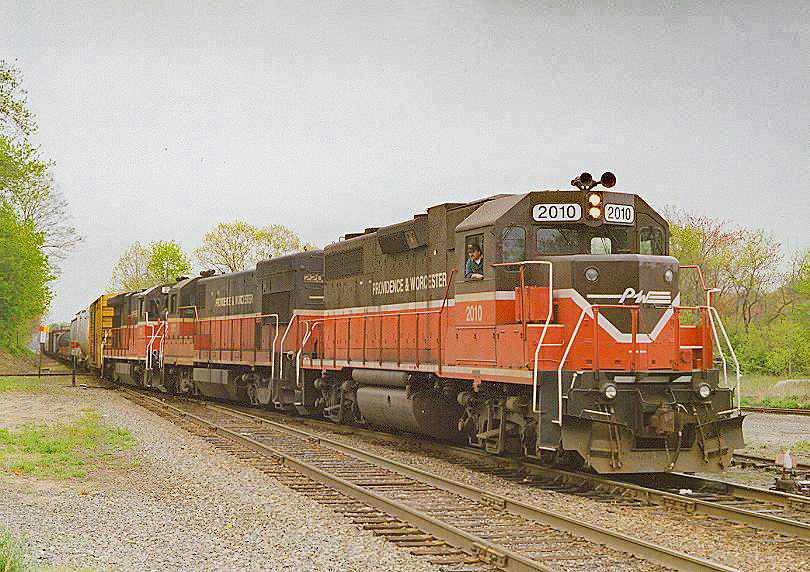 A year later on November 25th the company merged with the Providence & Worcester Railroad, located in Rhode Island, and the new operation took the latter's name.

The P&W opened its original line between Worcester and Millville, Massachusetts in September, 1847 and was completed to Providence a month later on October 20th.

After nearly 50 years of independence the much large New Haven system was leased the railroad for 99 years on July 1, 1892.

From this point for the next 70+ years the P&W operated on paper as a subsidiary of the New Haven, a major New England railroad that operated all over the region serving New York to the south and Boston to the north as well as most northeastern state. 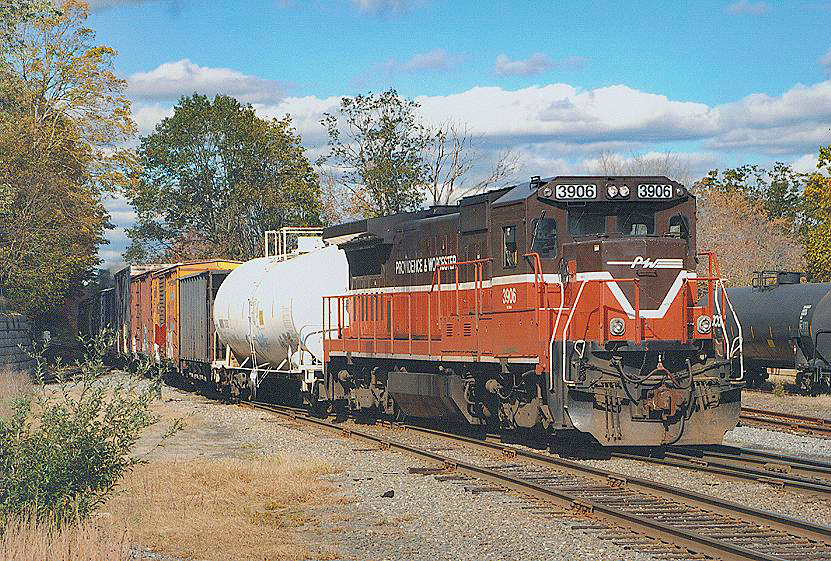 The P&W’s road to independence started in 1969 when the New Haven was merged into the Penn Central Corporation, a union the PC fiercly protested due the former's declining financial state.

Because of this merger, the following spring (1970), the Providence and Worcester wanted out and announced it was going independent which resulted in quite a legal battle but was approved by the ICC and finalized in the late winter of 1973.

Until it was acquired by Genesee & Wyoming the P&W operated 163 miles between Rhode Island, Massachusetts, and Connecticut while 350 miles of additional trackage rights gave it access between Providence, Rhode Island and Queens, New York (New York City). 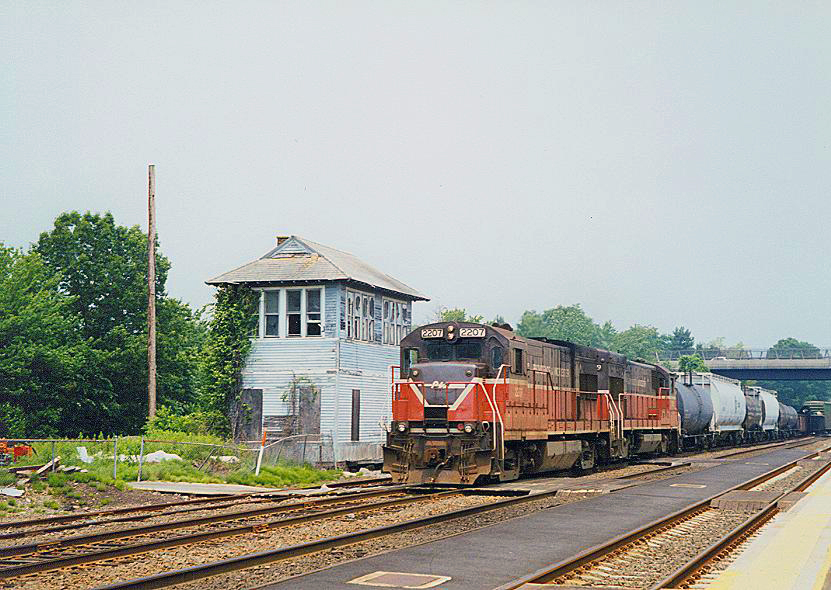 Since regaining independence the Providence & Worcester offered the only interstate rail service into Rhode Island (the state currently has no Class I railroads and the P&W was the largest carrier still operating within the state until 2016).

The railroad also had the unique and exclusive privilege of actually operating over the Northeast Corridor between New Haven and the Massachusetts/Rhode Island border.

Today, the former P&W lines are a vital transportation artery as part of Genesee & Wyoming, as one of New England's most important such companies.

Before the G&W takeover its roster included a mix of EMD and GE power of the four-axle variety save for an E9B. During the railroad's deeper history it carried an eclectic collection of diesels ranging from Alco RS3s to early EMD and GE models like GP9s and U23Bs. 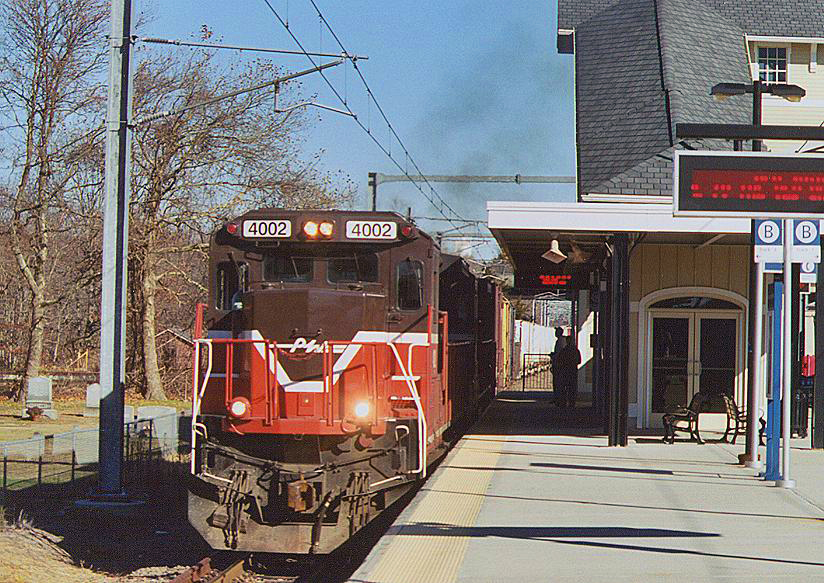 On August 15, 2016, Genesee & Wyoming announced intentions to purchase the Providence & Worcester for $126 million, sale expected to be completed by year's end.  The new acquisition will be operated as part of G&W's Northeast Region.

The railroad's current traffic base consists of everything from steel, coal, chemicals, scrap metals, and cement to food-based products like corn syrup and vegetable oils.


The P&W also operates the largest double-stack intermodal facilities in the region, located in Worcester. 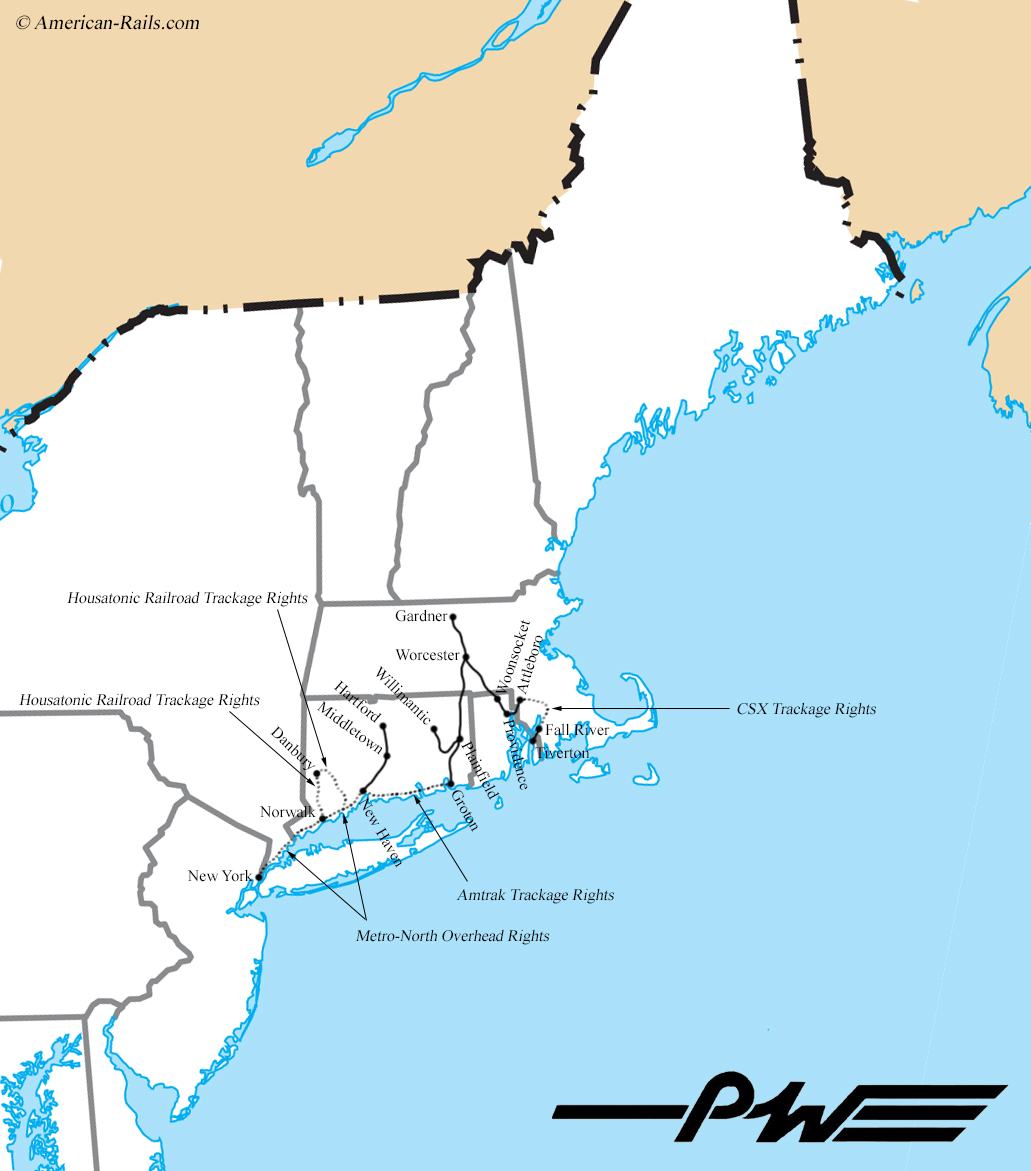 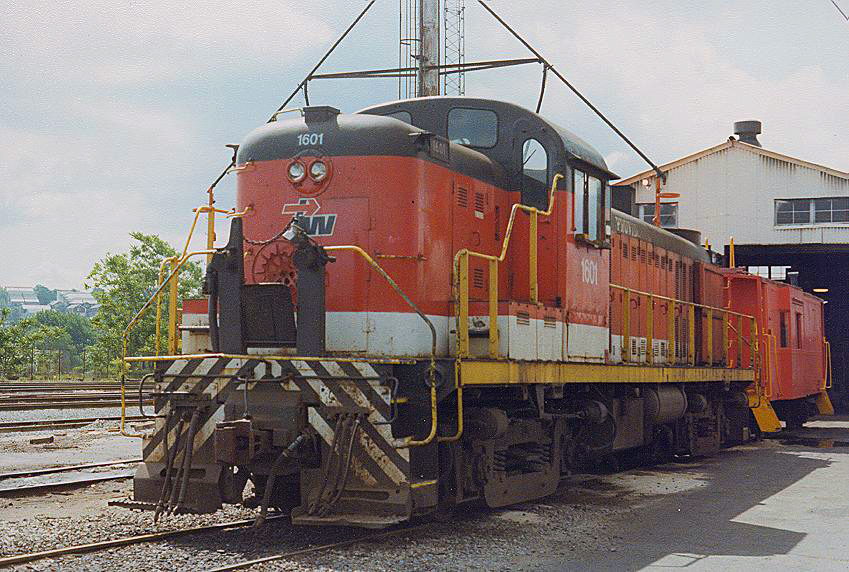 Very early Providence & Worcester power after being spun off from Penn Central was a set of Alco RS3's originally built for the Delaware & Hudson; #1501 is seen here resting at the engine terminal in Worcester, Massachusetts on June 20, 1978. Doug Kroll photo.

If you are a train enthusiast of the P&W or New England in general be aware that the railroad's locomotives are slowly being repainted into Genesee & Wyoming orange and black.

In a rather ironic twist, during 2015 the railroad announced it was acquiring the newest locomotives it had ever rostered, a pair of former Florida East Coast SD70M-2's built by Electro-Motive in 2006.

On March 22, 2016 the locomotives were unveiled in their black and red Providence & Worcester livery, much to the delight of railfans.

However, within a year (2017) and following G&W's takeover the units were once again being repainted, wearing the new parent's widely recognized orange and black previously mentioned.

In late 2018 the locomotives left the property entirely and were transferred to another G&W subsidiary, the Buffalo & Pittsburgh in west/central Pennsylvania.