This website's purpose is take you, the casual visitor, on a journey back in time to experience what our great nation's railroads once were, where they operated, the high quality passenger trains they once possessed, and the classic equipment they utilized.

America's railroads were once the crown jewel of the world:

There were many reasons for the industry's decline but it largely all began with the passage of several Congressional acts at the turn of the 20th century.

These new pieces of legislation (specifically the Elkins Act of 1903, Hepburn Act of 1906, and Mann-Elkins Act of 1910) brought increased regulation and significantly expanded the Interstate Commerce Commission's (ICC) power.

This regulatory body lasted for over a century and its new role placed a considerable burden on railroads.  However, the industry, itself, could be partially blamed for the stricter government oversight due to its longstanding careless and arrogant attitude towards the general public.  The ICC carried the final say in rate increases (or decreases) and potential abandonments. 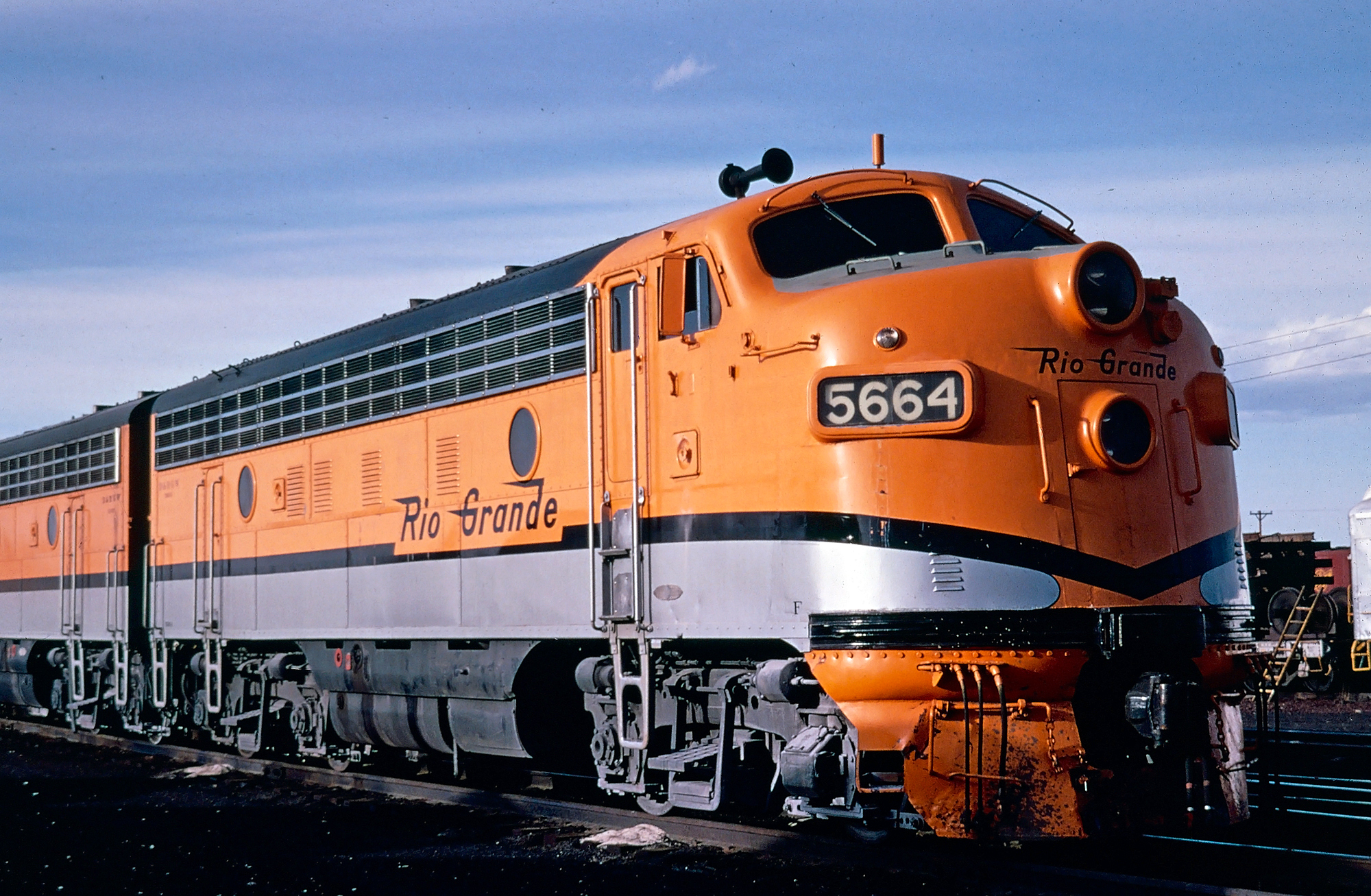 Essentially, the free market no longer held true for railroads, everything was controlled and monitored through the agency.  Uncle Sam's draconian measures slowly took their toll until many systems were on the brink of collapse by the 1970's.

That decade was a dark era as several either failed, were liquidated, or handed their once high-class passenger services over to the National Railroad Passenger Corporation, Amtrak ("American Travel And Track").

Following several corporate bankruptcies the government, always slow to remedy a problem, created the Consolidated Rail Corporation, or Conrail, to fix the freight mess in the Northeast (brought about through Penn Central's collapse in 1970).

In addition, legislation was signed into law by President Jimmy Carter through the Staggers Act of 1980 which greatly deregulated the industry.  The passage of this bill proved the turning point as railroads have since made a strong comeback.

They are now able to more freely set rates and abandon/sell unprofitable routes.  In addition, through technology improvements crew sizes have been reduced from five members to only two (conductor and engineer).

The earliest of all American railroads dates back to the New Jersey Railroad Company of 1815, chartered by Colonel John Stevens. The line was ultimately never constructed and while small gravity and mule-powered roads popped up here and there it was the coming of the steam locomotive which changed everything.

In August of 1829 Horatio Allen tested an English-built steamer named the Stourbridge Lion in Pennsylvania and the rest, as they say, is history. By the time of the Civil War there were more than 60,000 miles in service and this ballooned to more than 190,000 by the turn of the 20th century.

During the so-called "Golden Age," great steel ribbons of rail crisscrossed our great nation.  In 1916 there were more than 254,000 miles in service, the all-time record.

So thick was the country's network that some smaller municipalities were served by as many as three or four different railroads!  Sadly, as the 20th century progressed trains lost their luster and during the post-World War II period many lines were abandoned. 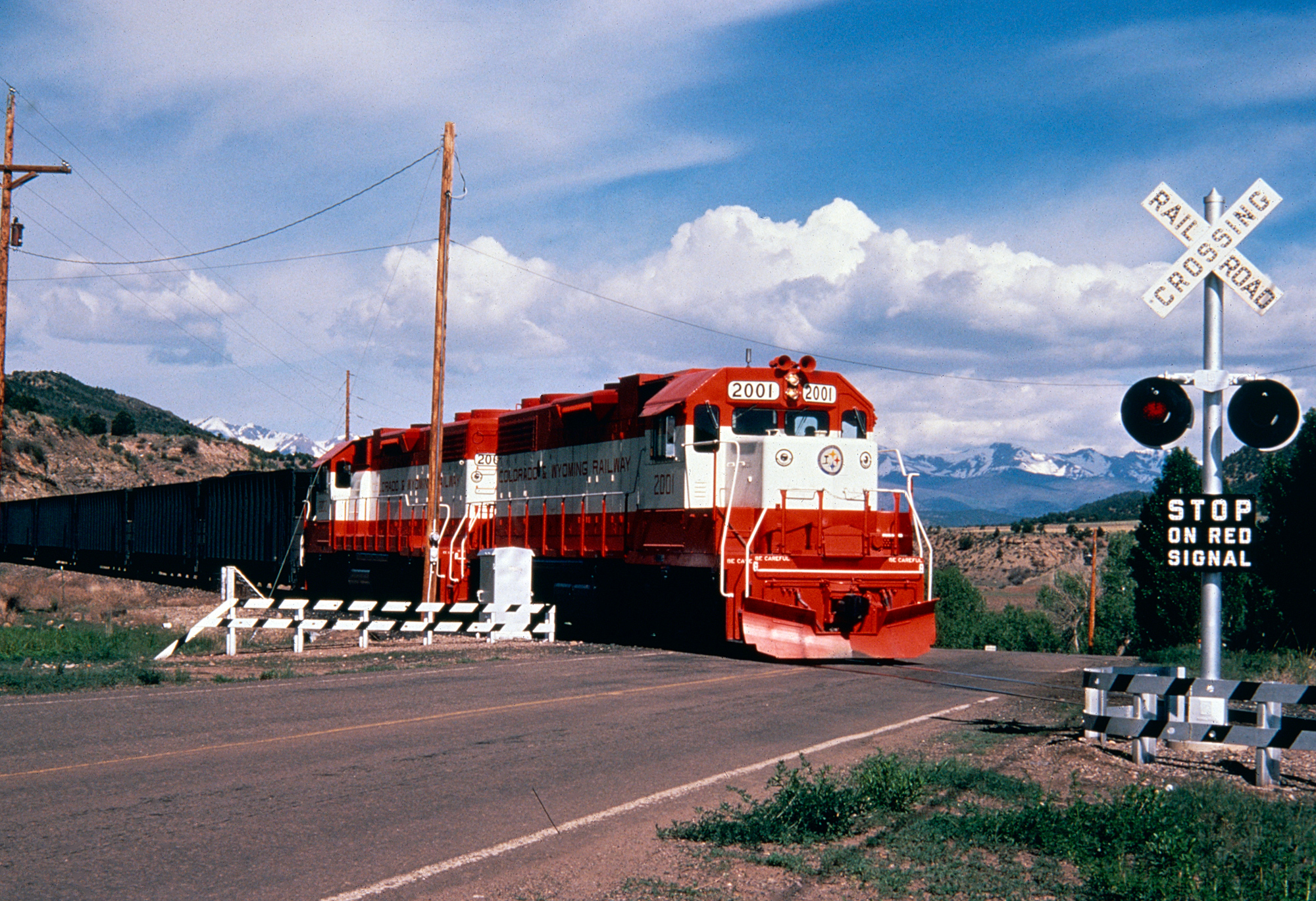 The general public, and even some in the government, viewed railroads as an archaic, old-fashioned mode of transportation.  The low point was reached during the 1970s with the collapse of Penn Central.

The biggest corporate failure up until that time (Penn Central carried assets of $7 billion and revenues of nearly $2 billion according to Gregory Schneider's book, "Rock Island Requiem") forced the federal government into action.  The Northeast's bankrupts were reorganized into the Consolidated Rail Corporation, or Conrail, in 1976.

Interestingly, after PC exited the business it was renamed American Premier Underwriters, Inc.  Today, the corporation is a component of American Financial Group which specializes in commercial insurance for a wide range of businesses.

Since that time the public has taken a greater interest in preserving our remaining rail history, including important rail lines and depots. In some cases, corridors have even been restored for renewed freight or commuter service. 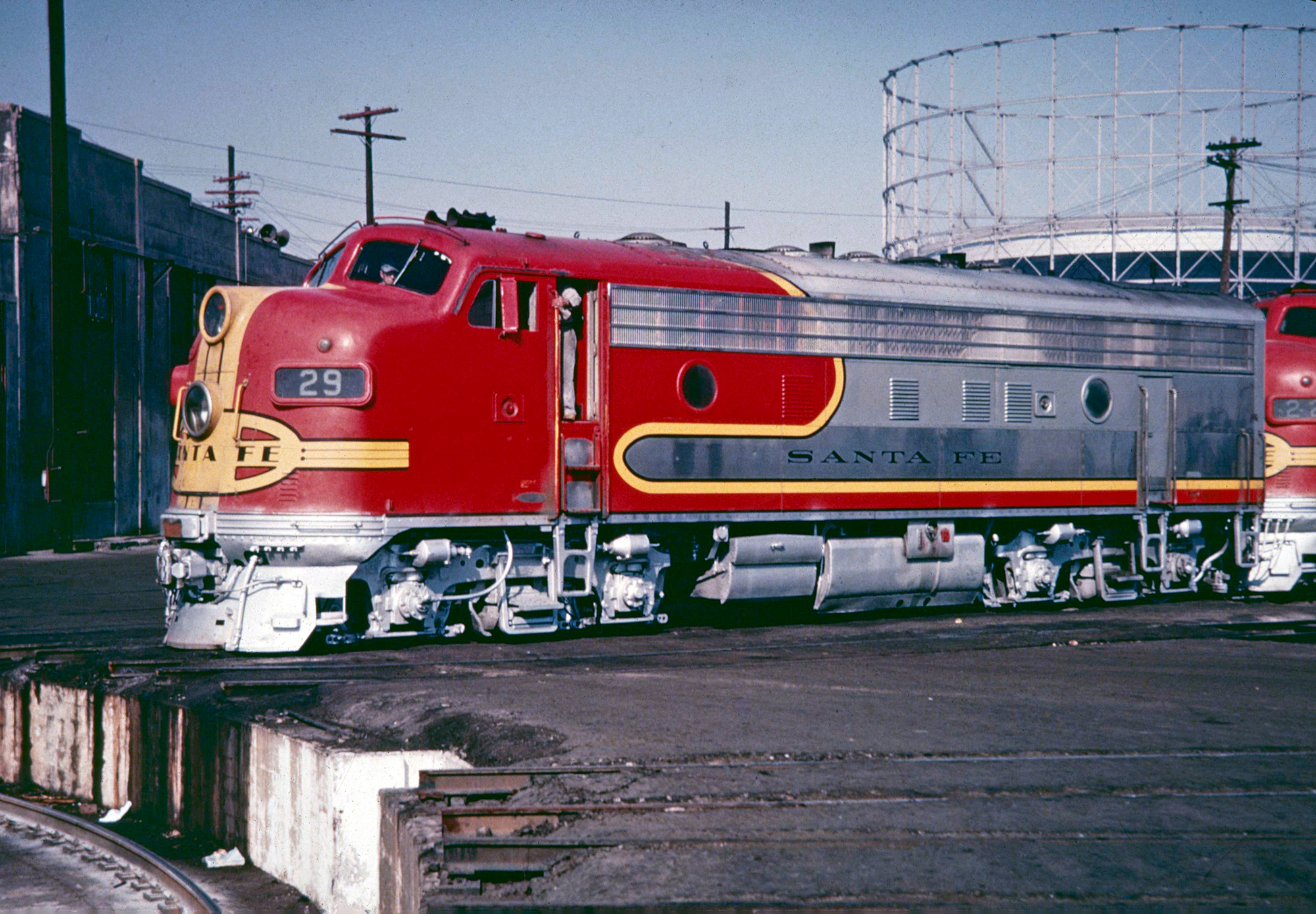 I have always held a personal interest in trains for as long as I can remember. As I began using the Internet more extensively for research purposes I found it a bit frustrating that there was no single website covering the railroad industry in great detail.

After some time I began to think, "why not just create such a website myself?" And that, in a nutshell, is the basis behind American-Rails.com; a website designed as an educational resource tool highlighting the American railroads.

Similarly, it is my hope this site can be a beneficial guide for both “railfans” out there who may want to know more about a particular subject (for instance, the true history of the downfall and collapse of the fabled Milwaukee Road) or anyone with a passing interest in trains.

I will state up front that I in no way claim to be a bonafide expert on the industry (I simply enjoy studying the fascinating history of railroads) and while the information presented here at American-Rails.com is as accurate as I can possibly make it I am aware that there is the likelihood for an occasional error.

So, please feel very free to either send me an e-mail or use the Facebook comments section if you see a needed correction (and my sincere thanks in advance).

America By Rail, Traveling By Train

Many have remarked that even with today's watered down services under the National Railroad Passenger Corporation (Amtrak), experiencing America by rail is one of the very best ways to see the country's magnificent beauty.

With trains passing through such scenic vistas as the New River Gorge, Glacier National Park, Rocky Mountains, parts of the Southwest, Pacific coast line, and the Great Lakes its no wonder why so many hold such sentiments.

There is even a website dedicated to this very subject, designed to aid travelers in their quest to ride the rails, whether that be a cross-country adventure or local excursion.  In his book, Train, author Tom Zoellner detailed what it was like to travel America by rail.

He not only noted the magnificent views but also the affordability of such an experience.  The focus here at American-Rails.com is not to aid in booking such a trip but highlighting America's rich heritage with trains.

Many years ago, prior to Amtrak's 1971 formation, one could enjoy countless long-distance journeys by train with a multitude of services to choose from such as relaxing parlor cars, exquisite meals prepared freshly on-board, enjoying an entire room to one's self, nursing and barber services, domes for maximum viewing, and much more. 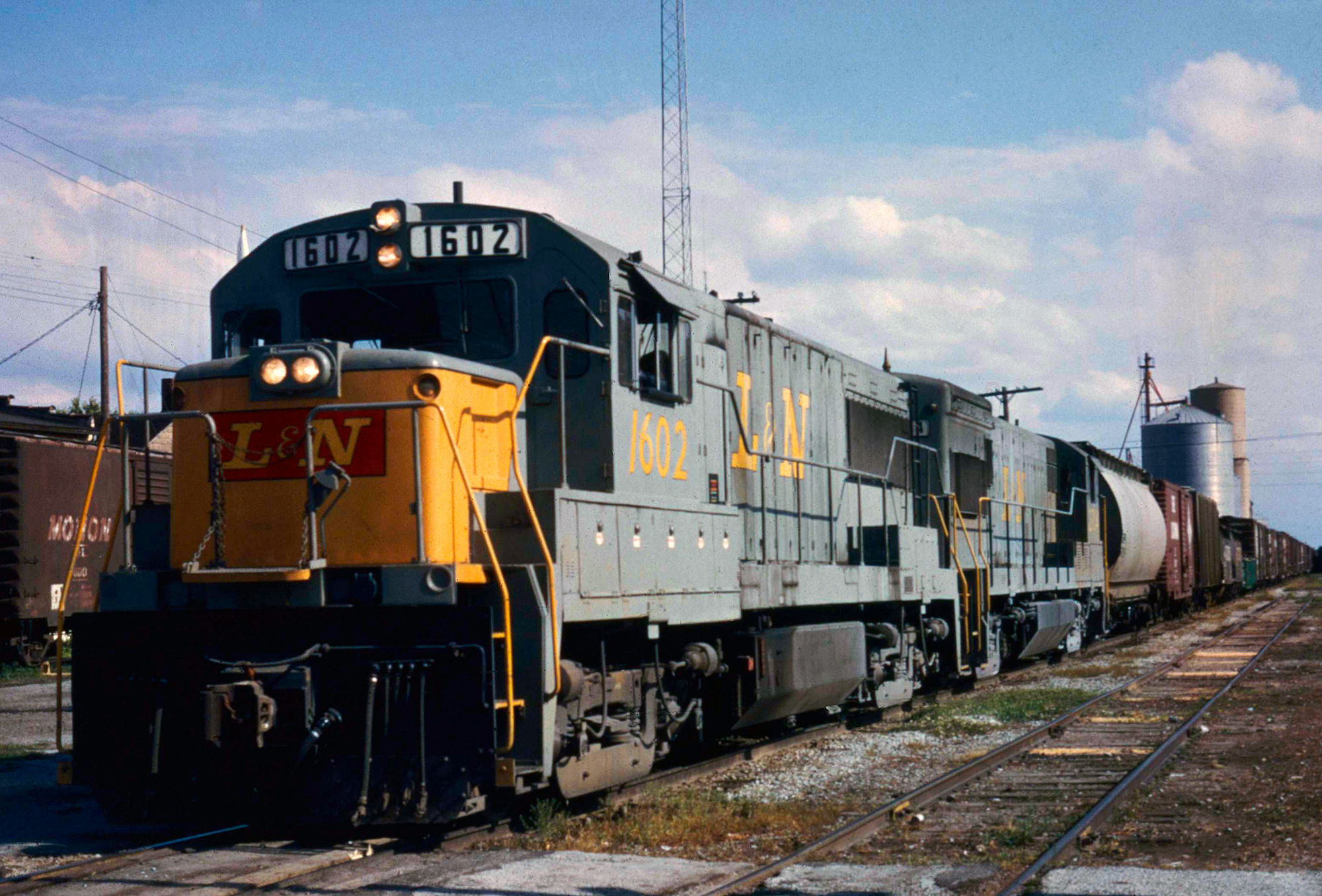 You will never find such services aboard Amtrak although some tourist attractions like the Grand Canyon Railway, Strasburg Railroad, and Napa Valley Wine Train attempt to duplicate the "Silver Age" of rail travel.

In a time before airliners and automobiles, the journey itself was as important as the destination and railroads worked incredibly hard to attract ridership and retain patronage.

Unfortunately, the freedom of the highway and speed of the jetliner made passenger trains highly unprofitable, resulting in Amtrak's creation (a complete history of this quasi-government company can be found elsewhere at this site).

If you are interested in experiencing America by rail there are many ways to do so as mentioned above.  Despite today's lack of services it is nevertheless a thrilling, unforgettable experience!

This is perfectly fine with me because I am very interested in always learning more about railroads as well as helping others with questions they might have. Since I first began writing the website back in 2007 it has grown well beyond the initial intended scope.

Today, you can find information on everything from streamliners, fallen flags, and notable engineering landmarks to surviving depots/stations, interurbans and trolleys, and logging railroads.

In total, there are currently more than 1,350 pages of information available on all of these subjects and many others (if you are looking for a particular topic just use the Google search tool presented at the top of each page).

It has been an incredible amount of work, not just in researching the topics but also the more tedious technical tasks. However, the enjoyment of it all, and the many thanks I receive from readers, makes it well worth it.

As time allows plans call for writing about many other topics so please stay tuned! (If you may like to know when new pages are added, subscribe to the site's RSS feed or join our Facebook and/or Twitter pages.) 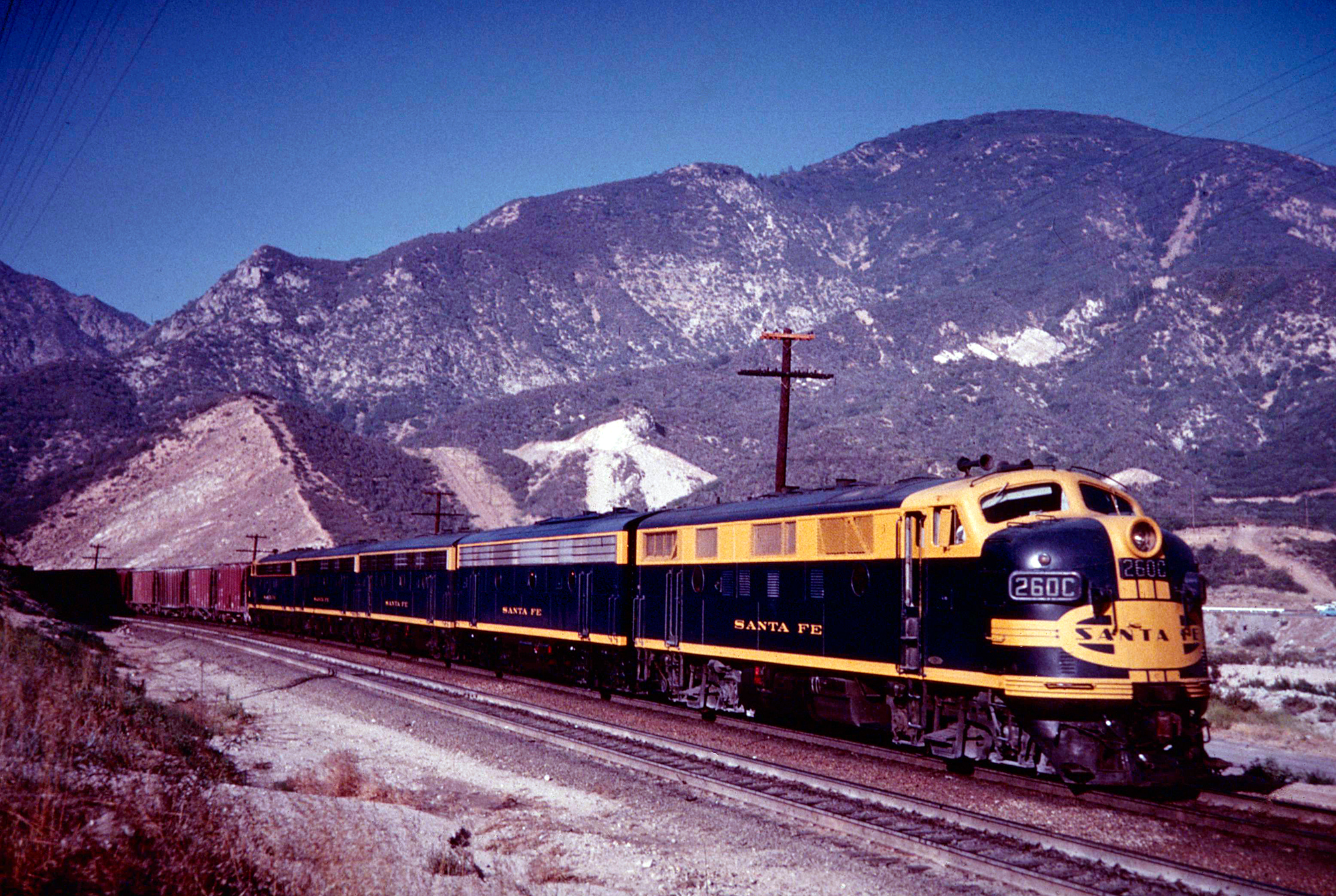 There are also sections within this site that go beyond the history of the industry such as areas covering tourist railroads, museums (broken down by state), and dates/times where you can find Thomas the Tank Engine as well as Polar Express trips during the holiday season. Additionally, there is a large section covering jobs within the industry.

This includes individual positions like engineer and conductor as well as a breakdown by state of railroads which operate there. You can also find more information about schools and classes to gain certificates in the above mentioned fields as well as others.

Overall, it should be strongly mentioned that the jobs section of this site does not provide information on how to obtain employment within the industry only the background regarding some of the best known fields and what you can expect on the job.

With all of the above said, I really appreciate your time and interest in visiting the site and without bugging you further feel free to explore around the site using either the navigation buttons located along the left side of the page or the links here at the bottom of the homepage. Have fun and I hope you enjoy the site!

America By Rail, Traveling By Train