Short lines, whose designation by the Surface Transportation Board (STB) is a Class III carrier (which includes terminal and switching lines) make up the bulk of today's freight railroads.

According to the STB and American Short Line & Regional Railroad Association (ASLRRA) the 2016 definition of a short line is any earning an annual operating revenue less than $36.633 million.

This figure is adjusted yearly, which factors inflation using the base year of 1991 according to the ASLRRA. Class III's may be the smallest but they offer perhaps the greatest level of interest, hearkening back to an era when single car service was commonplace.

This practice has been largely abandoned under Class I's which favor lucrative long haul, unit consists.

As a group short lines comprise nearly double the annual revenue, mileage, and employees of their larger counterpart, the regional  In addition, many are part of a large conglomerate such as Genesee & Wyoming, Watco, or OmniTRAX. 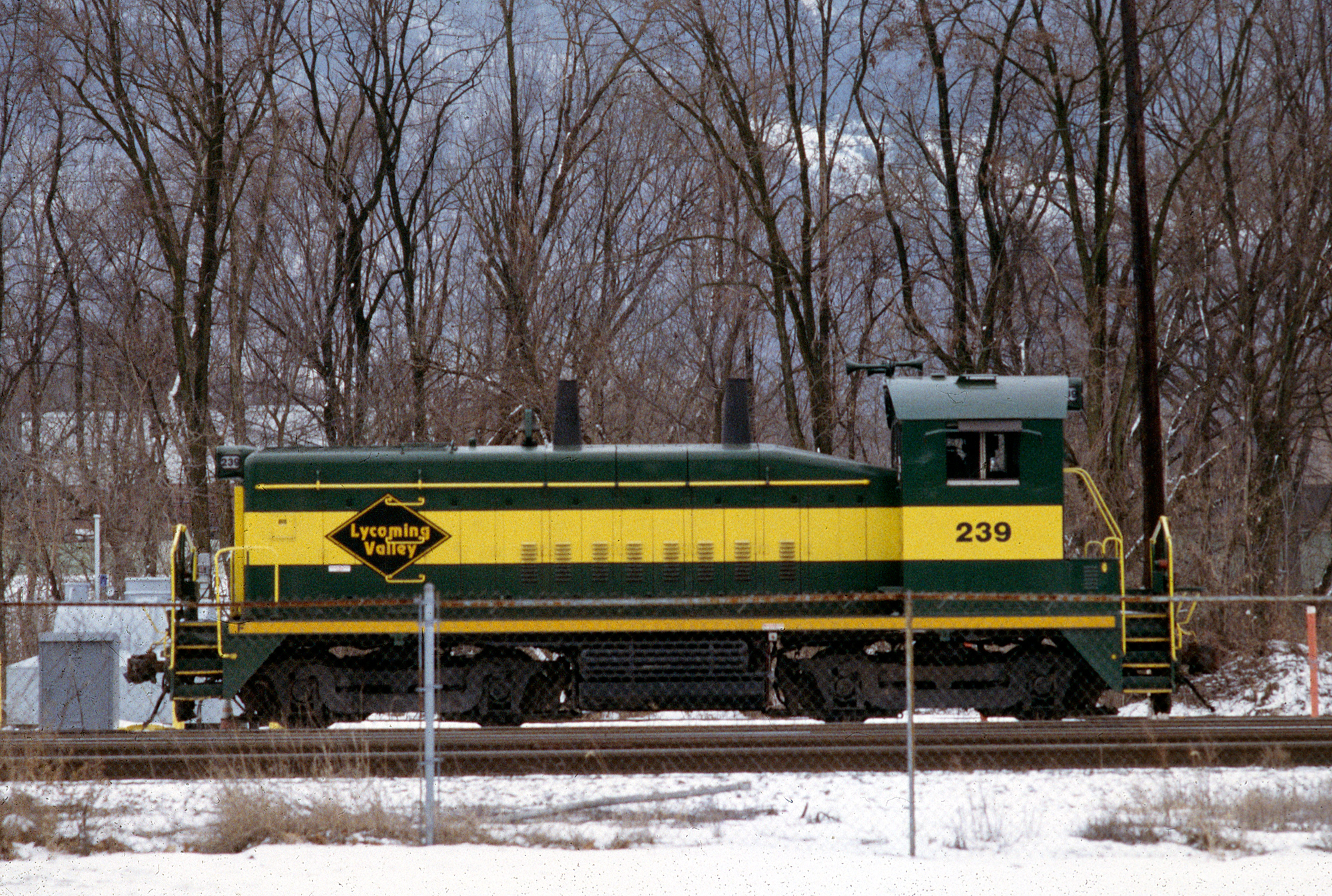 The short line offers a good example of how railroading was performed more than a half-century ago.

While the caboose is gone, crew sizes reduced (conductor and engineer), foot-boards outlawed, and less-than-carload business a thing of the past the focus on customer service has remained steadfast.

These small carriers depend greatly upon their customers and you will find none other providing higher quality service than a short line.

A particular carrier may rely on a few precious annual carloads to make ends meet, unable to afford such a loss. In some cases a single customer will generate most, or all, of its yearly business. Such a situation occurred at the Elk River Railroad in West Virginia. 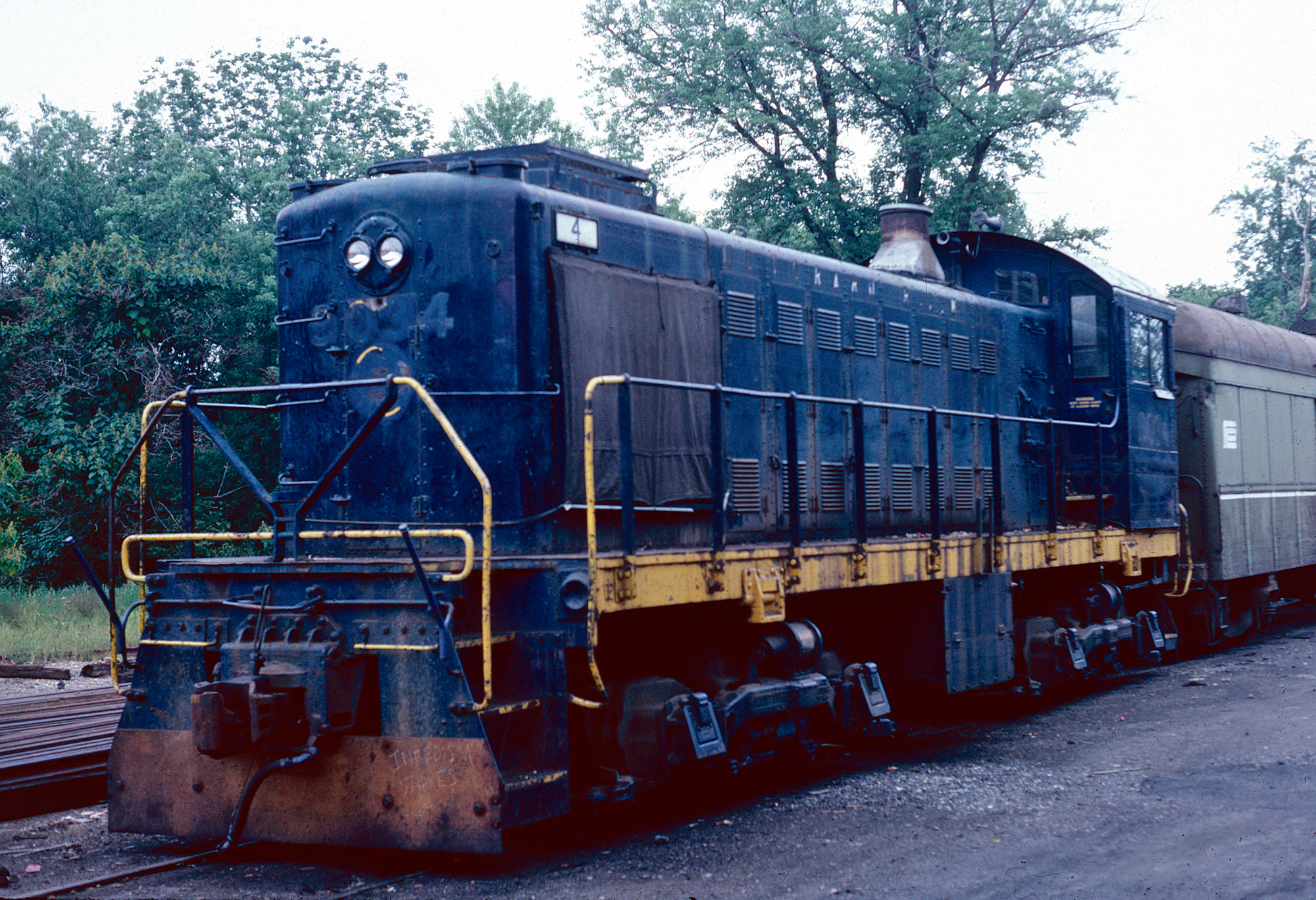 Operating on the former Baltimore & Ohio's Coal & Coke Branch, as well as the ex-Buffalo Creek & Gauley south of Gassaway it began operations in the mid-1990's to serve a coal mine.

Unfortunately, within a few years the mine closed and business abruptly stopped.  Now, more than a decade later, the Elk River survives largely by storing and repairing cars.

There are also those which have historic connections dating back a century or more like the Indiana Harbor Belt (a Chicago belt line), St. Marys Railroad, Utah Railway, and Ann Arbor (Michigan's reborn survivor). The bottom line is you can find Class III's of all shapes and sizes.

Some railfans have become resentful of Genesee & Wyoming, a conglomerate which has spent the last few decades amassing a wealth of once-independent short lines, including one-time rival RailAmerica.

However, it has been extremely successful; so successful in fact that no railroad under its control has either failed or been sold.

The company began humbly as a small short line incorporated in 1891, the Genesee & Wyoming Valley Railway.

The G&WV opened in 1894 from Retsof to a location known as P&L Junction near Caledonia (14 miles).  It was reorganized as the Genesee & Wyoming in 1899. 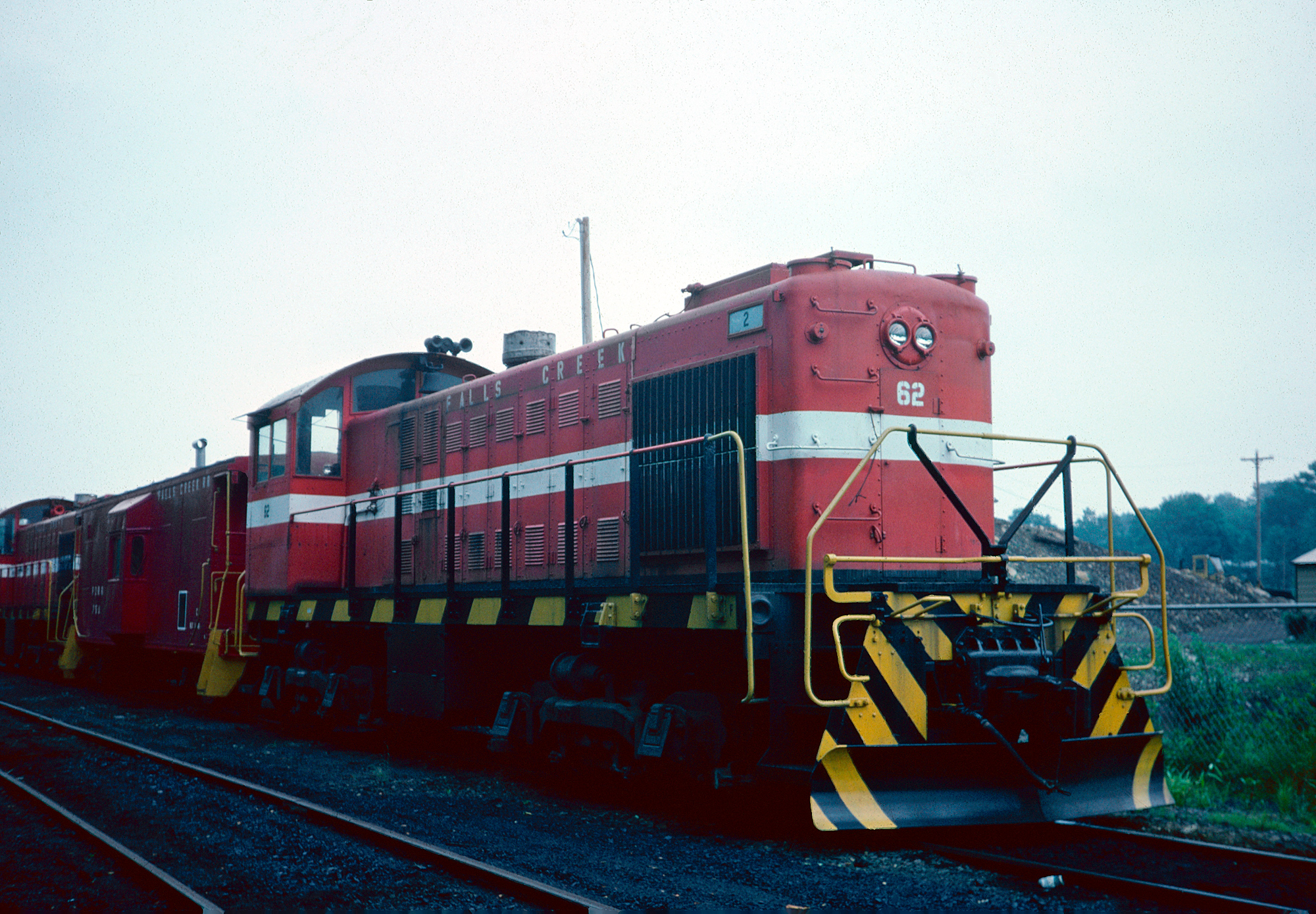 Falls Creek Railroad S2 #2/#62 (built as Long Island Rail Road #452), and other equipment, are tied down in Falls Creek, Pennsylvania on July 11, 1982. In 1980, this short line acquired from Conrail the 4.5 miles between Falls Creek and Mcminns Summit, Pennsylvania that remained of the former PRR branch which once linked Falls Creek with Ridgway. Operations were suspended in 1988. The paralleling Baltimore & Ohio line through this area remains active (ex-Buffalo, Rochester & Pittsburgh). American-Rails.com collection.

The railroad remained unchanged for more than 70 years until new ownership in 1977 formed Genesee & Wyoming Industries, which branched out into the rail car leasing and management business.

In 1986 it picked up its first short line subsidiary when Chessie System sold off much of the old Buffalo, Rochester & Pittsburgh property in western New York and Pennsylvania; renamed under G&W as the Buffalo & Pittsburgh.

Since then the company has expanded prodigiously, acquiring railroads where potential is recognized.

The success of short lines/regionals in the post-1980 era has been unquestioned, preserving many corridors which would have otherwise been abandoned.

This has left analysts and industry experts to conclude that shedding so much infrastructure during the 1970s and 1980s was a severe overreach despite the industry's troubles during that time. 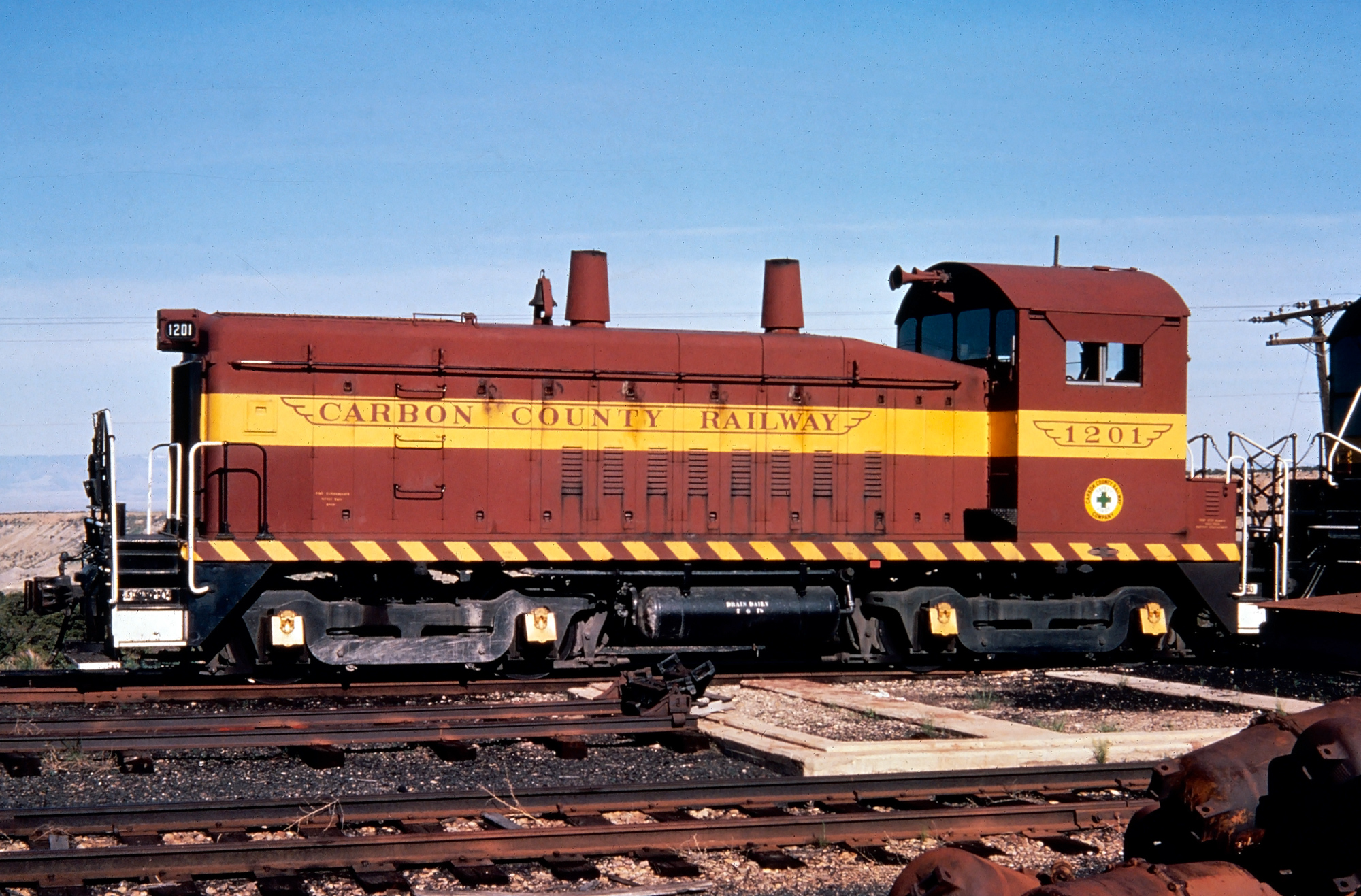 Carbon County Railway SW9 #1201 lays over at the road's small engine terminal in East Carbon, Utah during the 1970s. This system was organized in 1922 by Utah Coal & Coke/Columbia Steel to run from a connection with the Rio Grande's Sunnyside Branch at East Carbon, Utah to coal mines located at Columbia, 4.8 miles away. During World War II it was extended an additional 6 miles to serve the Geneva Mine to transport coal/coke to the new Geneva steel mill in Geneva, Utah. The Columbia mine closed on May 31, 1967 followed later by the Geneva mine in 1982. The track was later removed in 2008. American-Rails.com collection.

Locomotives comprise another interesting aspect of the short line phenomenon.  If you have an interest in classic designs they abound on these railroads; anything from little switchers like General Electric 44-tonner's and American Locomotive S-1's to Electro-Motive's line of GP7's and SD9's. All of these date to the 1950's or earlier and can still be found working revenue service.

Interestingly, even the Chicago & North Western continued maintaining a fleet of GP7's into the 1990's, a testament to the model's longevity and durability. 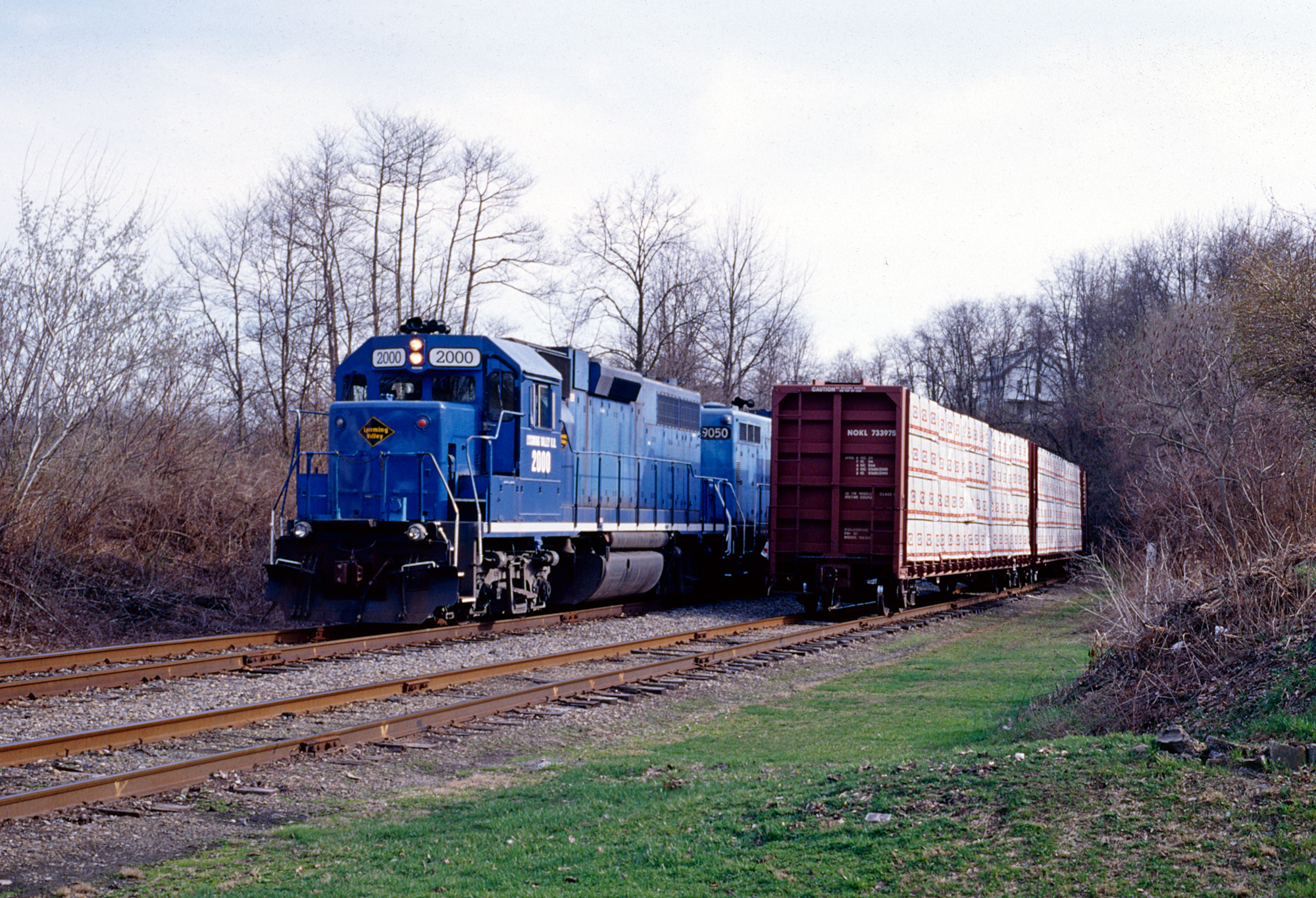 In some cases, a short line, for a variety of reasons, actually prefers a particular design or manufacturer's build.

Even today, new Class III's continue springing up like the once-dormant, historic Grafton & Upton, in Massachusetts. 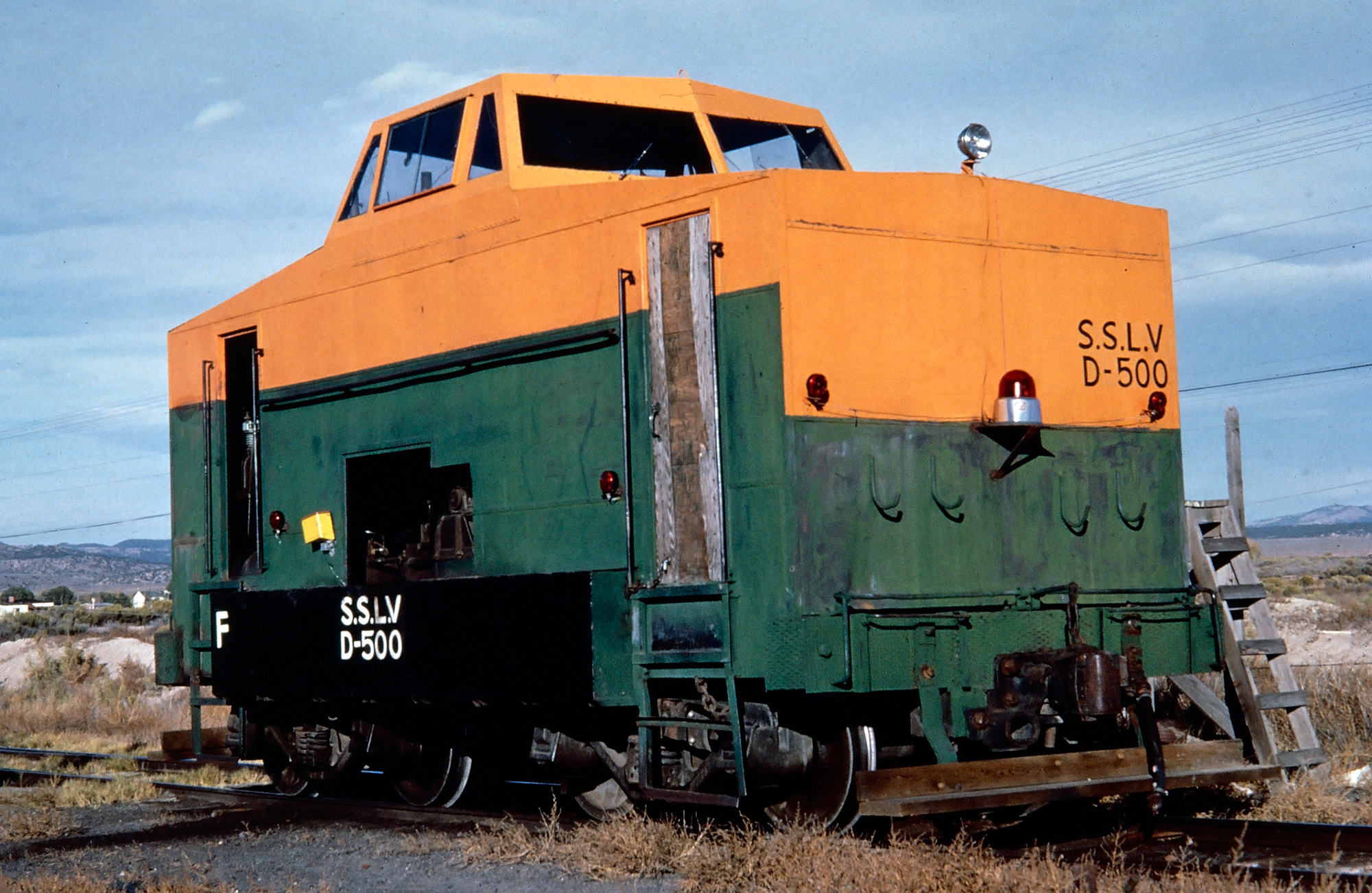 Southern San Luis Valley's homebuilt diesel critter, D-500, at the Rio Grande connection in Blanca, Colorado during the summer of 1973. The locomotive was built from a steam tender frame and utilized an I-H (International Harvester) power plant. American-Rails.com collection.

The short line concept is not new.  There have been many famous carriers dating back to the pre-Staggers era such as the bucolic Maryland & Pennsylvania, Colorado's Great Western Railway, fabled Virginian & Truckee, and little Virginia Central.

However, only since the industry's deregulation have their numbers more than doubled.   So, if you get the chance be sure and see one in action.

While watching a container train on a Class I zipping across the Heartland is always thrilling, nothing can likewise beat a local line switching a local customer.

If you want to see the human side of railroading, no one does it better than these small lines. To learn more about them please click here to visit the American Short Line and Regional Railroad Association's (ASLRRA) website.

This member organization is similar in nature to the Association of American Railroads but geared towards smaller, non-Class I carriers.