The Magma Arizona Railroad (reporting marks, MAA) was a short line system based in the southern region of the state, east of Phoenix.

It was constructed during the second decade of the 20th century to transport finished copper to a connection with the Southern Pacific.

The line was less than three dozen miles in length but it remained in service for more than 80 years before shutting down in the latter 1990s after new owners no longer saw a need for the railroad.

During its heyday the Magma Arizona became very popular with railfans as it not only operated one of the last steam locomotives to be used in freight service (until the early 1970s!) but also fielded a fleet of rare Baldwin diesel locomotives.

Today, the railroad remains dormant although the rails have never been removed, and actually the property looks as if it was just recently in use.

The future may be looking up for the short line as studies indicate a large deposit of copper is still in the region, which may necessitate the resurrection of the Magma Arizona. 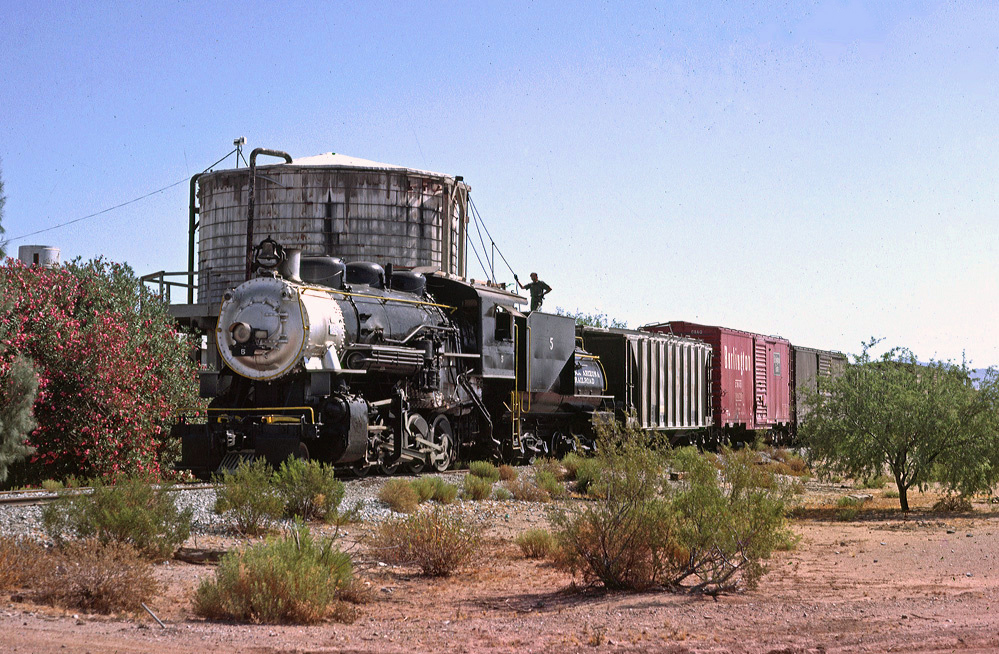 Magma 2-8-0 #5 stops for a moment with its freight to get a drink from the water tank near Superior, Arizona during June of 1967. The train is bound for Magma Junction to interchange with the SP. Drew Jacksich photo.

With the discovery of rich copper deposits around Superior, in 1914, the Magma Copper Company began researching transportation options.

They soon realized railroads would be the most efficient way to move finished copper from the Superior smelter to a connection with Southern Pacific at Magma Junction.

This particular SP line was a branch running  just north of its "Sunset Route" main line.  Several ideas were considered such as carts hauled on a tram to early gasoline-powered trucks.

However, an engineer named Edward Dentzer convinced the company to construct a narrow-gauge railroad. While expensive to build it would offer very low operational costs and move serious tonnage, far more than anything else available at that time.

Dentzer's proposal succeeded and the Magma Copper Company authorized the building of the line later that year in 1914 with survey crews setting out by August 20th.

A month later the Magma-Arizona Railroad Company was chartered on October 10th. Unfortunately, construction costs more than doubled per mile from $4,600 to nearly $8,000 although the project pressed on. 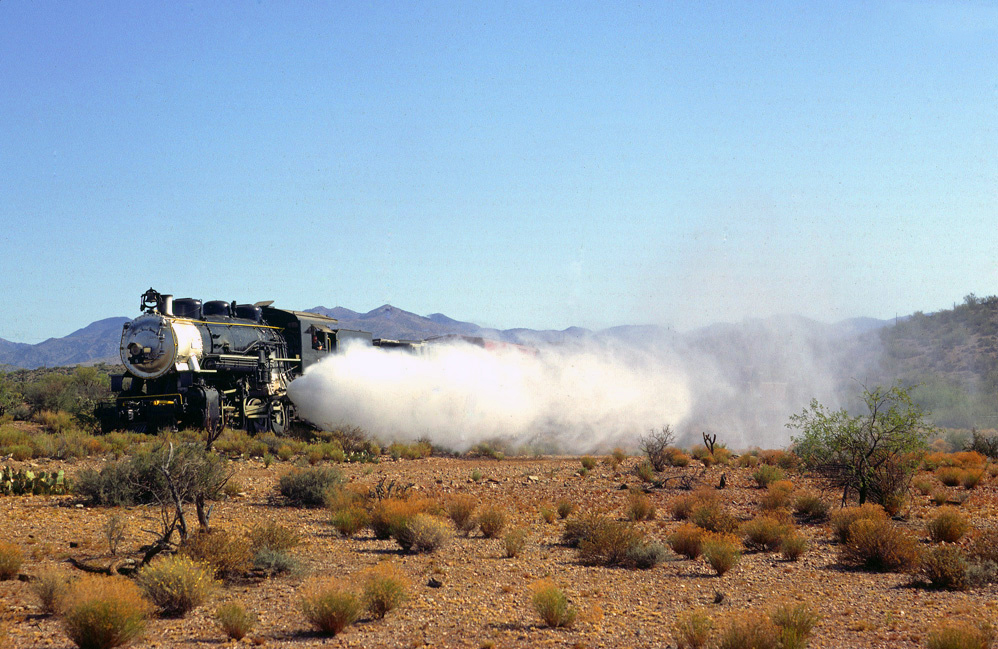 Magma Arizona 2-8-0 #5 puts on a show as fireman has opened the blow down during its trip to the Magma Junction interchange with the Southern Pacific in June of 1967. Drew Jacksich photo.

A year later, on April 29, 1915 the entire 30.19 miles from Magma Junction to Superior was completed. By May 1, the railroad was fully operational hauling loads to the SP interchange.

After just seven years of using narrow-gauge operations the company decided to switch to standard gauge. Interestingly, the idea to build the line to narrow-gauge in the first place was as a cost savings measure.

However, had the planners simply built to standard gauge the price tag was only an additional $9,000, significantly less than rebuilding the entire route. 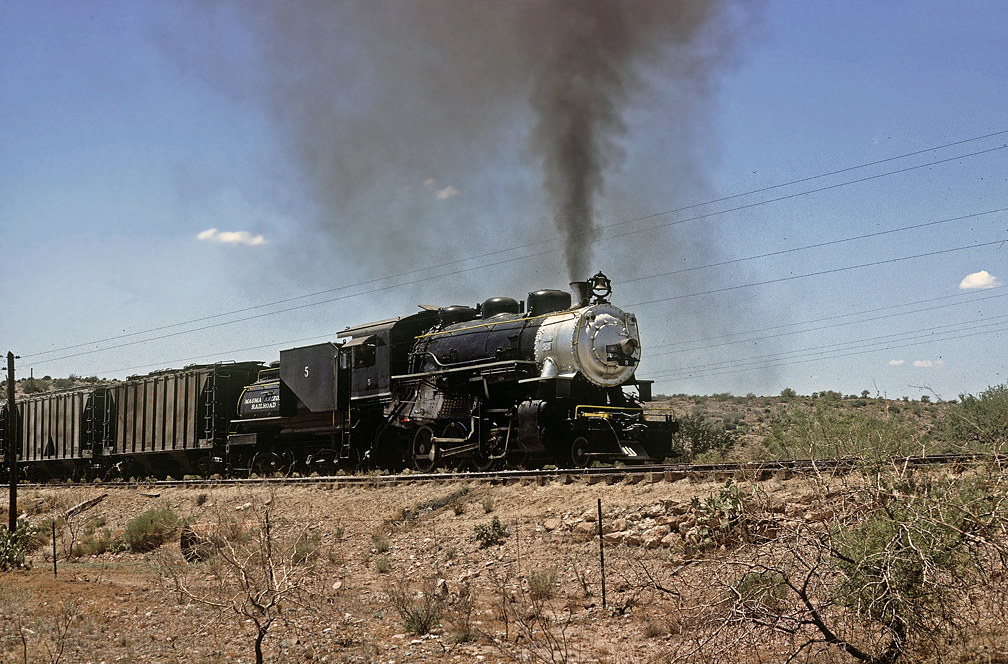 Magma Arizona Railroad 2-8-0 #5 is northbound on its way to Superior, Arizona on a hot June day in 1967. The Consolidation was built in 1922 by Alco's Cooke Locomotive & Machine Works. Drew Jacksich photo.

On April 20, 1922 the project began and was completed a few months later. The railroad, however, did not remove the original narrow-gauge line and instead simply built its replacement next to it.

The three-foot route remained in use for another year until being closed on April 1, 1923.

For more than 30 years the Magma Arizona Railroad continued the conveyor belt-like process of shipping finished copper to the SP and returning with raw ore which the Class I would deliver at the interchange.

In addition, as a common-carrier Magma Arizona handled various other small freight commodities which usually consisted of local passengers and mail from the few small communities located along the line that included Thompson, Queen, and Superior.

In general, daily train operations were not particularly difficult due to the railroad's low-grade main line that essentially ran across the desert floor. 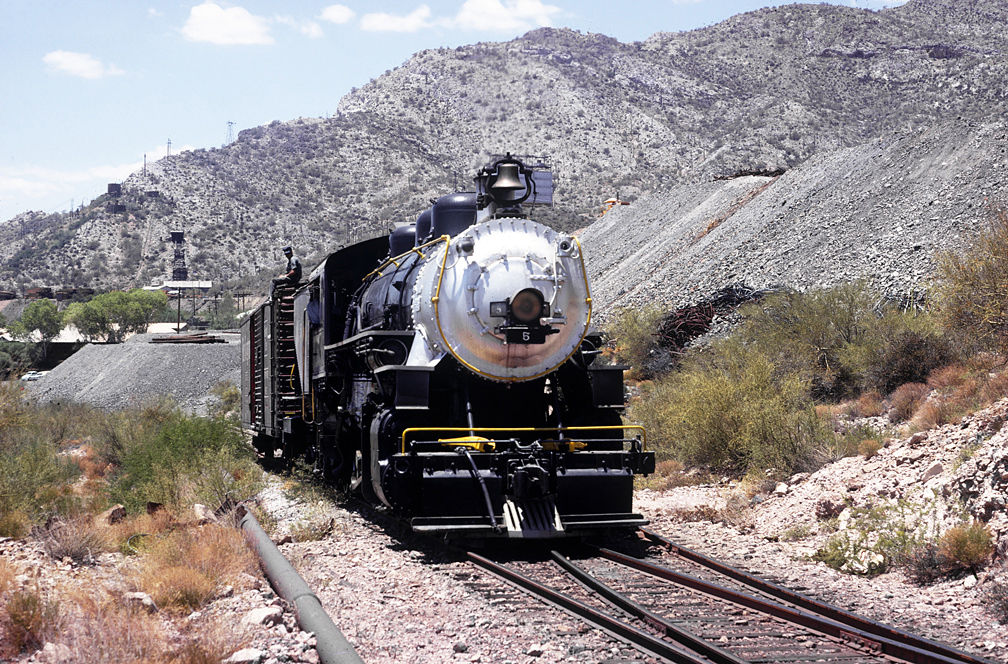 Magma Arizona 2-8-0 #5 backs away from a local mine customer in June of 1967. Today, this locomotive is on display at the Galveston Railroad Museum in Galveston, Texas. Drew Jacksich photo.

Because of this, the steam locomotive fleet consisted mostly of medium-sized power, which included three total units:

Today, all three locomotives amazingly survive. The railroad kept them in storage through the 1960s in the event of a power shortage. However, #6 was the first to go, retired on January 7, 1961. Today, the 2-6-0 is on display at the McCormick-Stillman Railroad Park in Scottsdale. 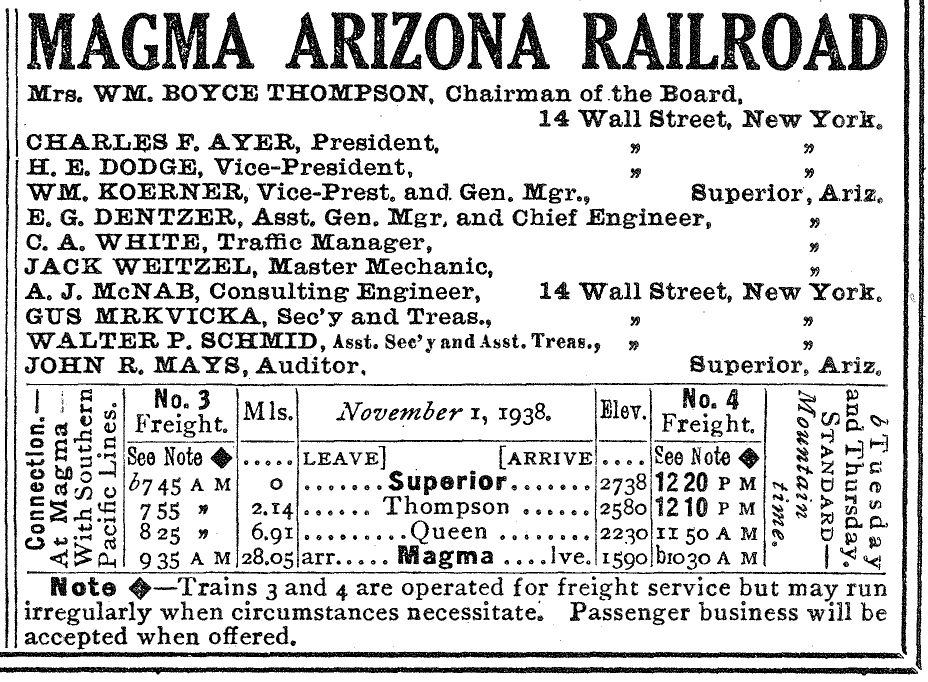 A few years later 2-8-0 #5 was acquired by the Oregon, Pacific & Eastern for tourist service.

She remained in service until the OP&E's shutdown in 1981 and was on display at a nearby depot until 1995 when the locomotive was acquired by Galveston Railroad Museum in Galveston, Texas.

The Mikado occasionally saw service through the 1960s, with the last call to duty occurring in 1971. Three years later she was purchased by the Texas State Railroad in 1974 and has remained there ever since. 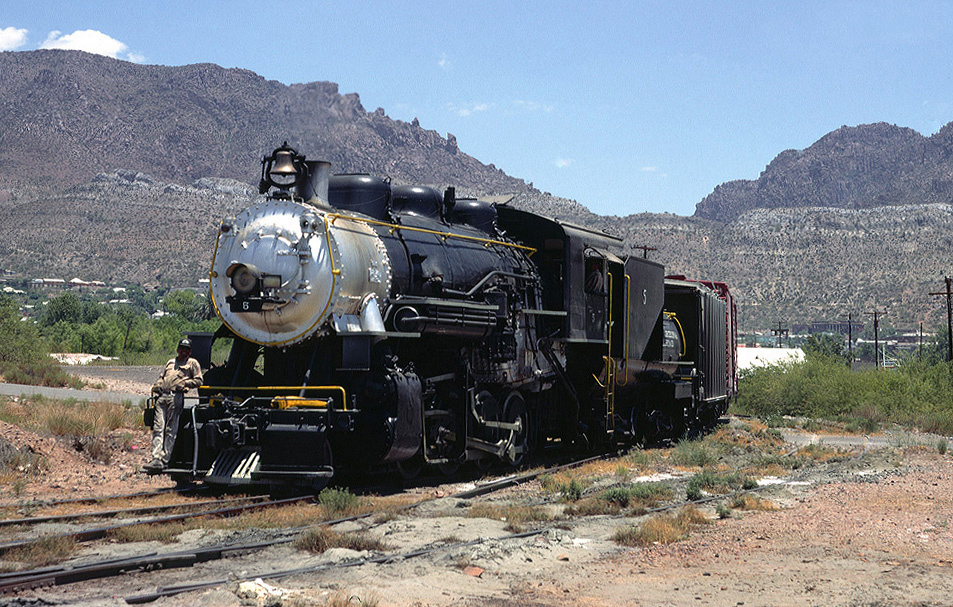 In this scene of 2-8-0 #5 the Consolidation performs some switching work at the yard in Magma before heading to the interchange with the SP during June of 1967. Note the condition of the track at the time, nearly buried in the dirt. Drew Jacksich photo.

In 1968 the Magma Copper Company closed its smelter at Superior with raw ore sent south to another plant at San Manuel.

The railroad remained in use for another thirty years until its parent was purchased by Broken Hill Proprietary Company of Australia in 1996. They saw no need for continued rail use and closed the MAA in 1997.

Today, the Arizona operation is owned by Resolution Copper of London and talks have been ongoing of resuming rail operations due to a massive amount of new copper ore discovered just east of Superior.

If this was to be mined it is quite like that the Magma Arizona Railroad would be revived to ship this ore to the Union Pacific and nearby smelters for refinement.