Dinner train rides are a relatively new type of excursion, hearkening back to the days of yore when one could enjoy first class cuisine while traveling by train.

Today's experiences lack an extended, multi-day journey and typically last just a few hours.  Along with providing passengers with an excellent meal these trips usually include some type of entertainment, such as a play, murder mystery, or train "robbery."

In addition, there has been a growing and increasingly popular trend of providing alcohol on-board which is either included with the dinner or presented as a wine/beer tasting event.

You will typically find such offerings at finer organizations such as the Strasburg Railroad, Verde Canyon Railroad, and Grand Canyon Railway.

This section covers either exclusive dinner trains or regular excursions in 2023 featuring a dinner/meal, all of which are broken down by state.

Please note! The information included here highlights only tourist railroads (and only those including a dinner/meal setting), most of which host day-trips to the general public lasting just a few hours. 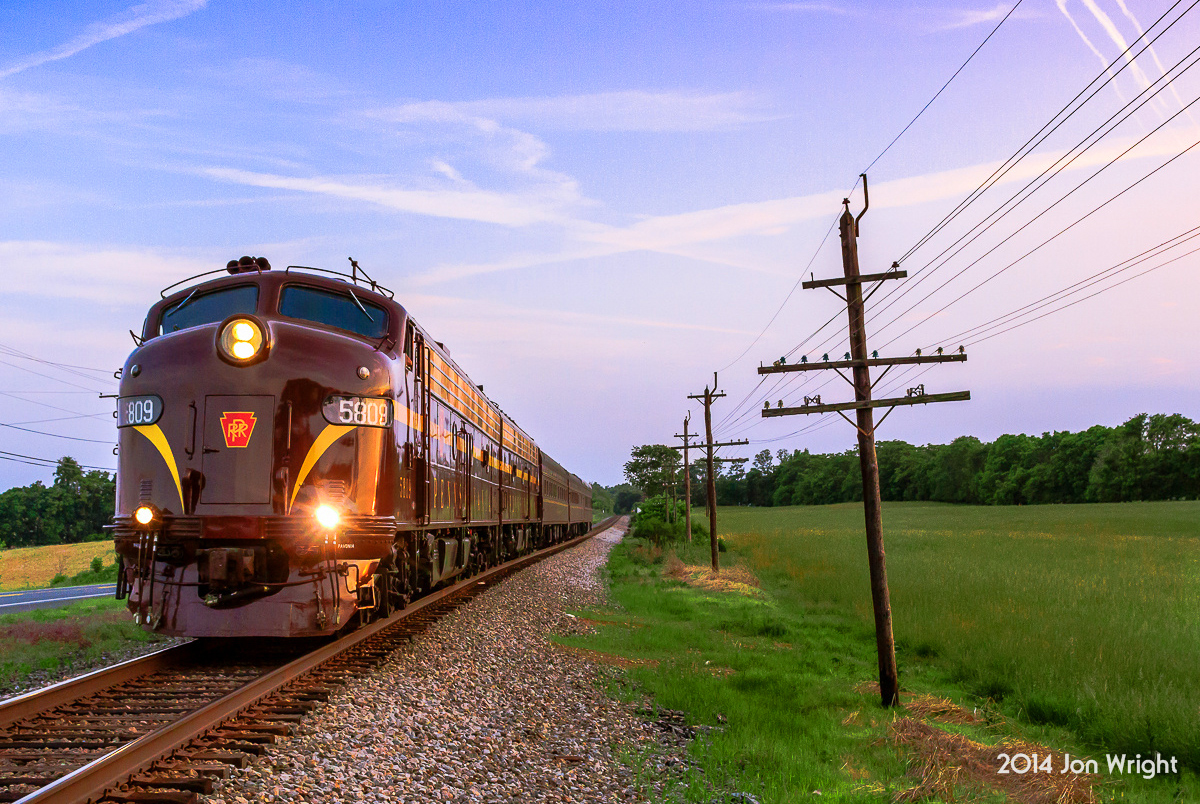 The dinner train concept has caught on in recent years as an added, upscale experience to excursion trains.  It has certainly witnessed an increase in ridership as the Strasburg Railroad, the nation's second largest tourist railroad has found out, hosting trips for more than 400,000 passengers annually!

Only the White Pass & Yukon Route in Alaska is larger.   In the May, 2008 issue of Trains Magazine author Erik Ledbetter highlighted Strasburg's premium services within a piece entitled, "Lessons From The Strasburg At 50."  As the railroad has learned, patrons want to be pampered and are willing to pay for it.

The company first provided snack/beverage service in 1988 by introducing the restored parlor car Marian that year which offered snacks and soft drinks.

They were surprised to learn it sold out faster than standard coach accommodations and from that forward an increasing level of first-class services were offered.

In 2006 the Strasburg received its liquor license and in 2007 hosted its first wine tasting event, which has huge it.  As the railroad put it, "that has made a huge difference in our business."

Such fine services are virtually non-existent via intercity rail travel today unless one can afford a pricey charter trip or owns a private railcar (a very real, but expensive, possibility!).

The museum also offers excursion train rides including their Ozan Wine Trains for adults, which includes a gourmet picnic lunch after tasting at the museum's vineyard.

Alaska Railroad:  Alaska does not feature any true dinner trains. However, the Alaska Railroad, which hosts regularly scheduled passenger service does offer dining services aboard their trains.

The ARR provides some of the most spectacular scenery by rail that can be found anywhere in the United States. A trip aboard the railroad, in general, is well worth it if you have the opportunity to do so.

Grand Canyon Railway: Does not offer dining service but does feature snacks and appetizers; there are six classes to choose from during your trip and five provide some type of food and drink.

This very upscale train offers one the best rail experiences found anywhere in the country.  You will disembark at the historic El Tovar Hotel (built by the Atchison, Topeka & Santa Fe Railway) along the Canyon's South Rim where dining services and complete accommodations are available.

This is one of the nation's premier scenic train rides between the on-board accommodations and surrounding scenery.

Essex Steam Train: This excursion is Connecticut's most popular scenic train ride.  They offer a full service dinner train, the Essex Clipper, throughout the operating season in addition to several specials involving some type of dining available.

Their menu can be viewed online.  Please visit their website for much more about scheduling, times, and dates.

Also, the railroad hosts "Brews On Board" where adults over 21 can sample local brewery craft beers.

The two former trains provide a full-course meals aboard either their fully restored, climate-controlled cars "City of San Francisco" or "City of Los Angeles."

The Picnic Train offers guests the chance to pack a lunch while enjoying a trip through the Des Moines River Valley.

The meal is a chicken dinner prepared by the Brookville Hotel.

The railroad states advance purchase is necessary to book this particular trip, typically offered on select dates from May through October (on rare occasion, a steam locomotive will pull this train).

They have an impressive collection of equipment and operate a railroad that stretches about 20-miles.  One of their popular trips is the Kansas Belle Dinner Train which utilizes four restored dining cars.  The railroad's website notes:

"Our three-hour Saturday night evening runs are more formal and romantic, while the Sunday afternoon dinner run is a more casual outing best suited for families with a slightly shorter run time. You may want to enhance your dinner train experience with an optional murder mystery, WWII USO show, or a melodrama."

They also host the Rails & Ales several times in each year where patrons can partake in beers from local Maine breweries.  Provisions are provided by the Navis' Café.

Currently, their two most popular include the Cape Cod Dinner Train and Cape Cod Luncheon Train.

Special events include the:

The railroad also hosts The Murder Mystery Train in August, 2021.  Many organizations host similar events around the country which have become quite popular.

As you try to unravel who the culprit is, enjoy appetizers and non-alcoholic cold beverages.

The train covers 28 miles (56-mile round trip) and operates nearly every weekend during the summer season.  The views and open vistas afforded on this trip are incredible.

According to the railroad this event offers the following: "Your coaches will be pulled by one of our century-old steam locomotives for a trip on the Nevada Northern Railway mainline.   It will be our pleasure to serve you a classic, multi-course Italian meal, complete with flowing wine, and dessert."

You also may be interested in another special train known as the Sunset, Stars, & Champagne Train where you can enjoy a glass of champagne while viewing the incredible night sky.

Today, about 15 miles are operable, much of which has been rebuilt since the early 2000's.  They have slowly added an increasing number of excursion options including "Toast of the Canyon Wine Tasting Train" and the "Dinner & Melodrama Train."

You can enjoy enjoy a ride behind an authentic steam locomotive courtesy of Black River & Western 2-8-0 #60 (built as Great Western Railway of Colorado #60 in 1937 by American Locomotive).

They do not offer a dedicated dinner train or any type of food service aboard their trips.  However, there is a Winery Train hosted where patrons are taken to a vineyard located in nearby Finesville, New Jersey to sample their wines.

As the name suggests its hosts full service meals on-board with but also offers other trains such as luncheons and murder mysteries.

These include the Grand Bellevue, Murder On The Bellevue Express, and Autumn Harvest Bistro.  They also have dining and tours available.

Their regular trips include First Class accommodations that offer beverages and a light snack while private charters for large groups also have optional food service.   In addition, dinner is served within their Lake Rion dining car.

This train offers adults the chance to feature local wines and enjoy light refreshments.  Live entertainment is also provided.  There is also Oktoberfest hosted each September that brings a taste of Germany to the railroad.

Heber Valley Railroad:  Utah's most popular excursion is the Heber Valley, which has utilized the Rio Grande's 28-mile Provo Canyon Branch (Heber City to Provo) since the 1990s.

The railroad does not host a dedicated dinner train but does have an optional boxed lunch, at an additional cost, on some trips.

Their box lunch includes your choice of a ham, turkey, roast beef or vegetarian sandwich, a freshly baked cookie, chips and bottled water.

During the course of the year it hosts a select number of full course dinner trains such as the Fall Foliage Dinner Train.  In addition, in 2018 they launched the Champlain Valley Dinner Train.

This 3-hour trip includes a three-course meal and option of hot coffee or hot tea.