Colorado is synonymous with the Rocky Mountains and sees hundreds of thousands of tourists annually to view one of America's most beautiful natural wonders.

The state's popular heritage railroads enjoy their success, in part, to their location within this breathtaking range.  All are situated west of Denver and include some of the most popular in the country such as the Durango & Silverton, Georgetown Loop, Cumbres & Toltec Scenic, and Royal Gorge Route. 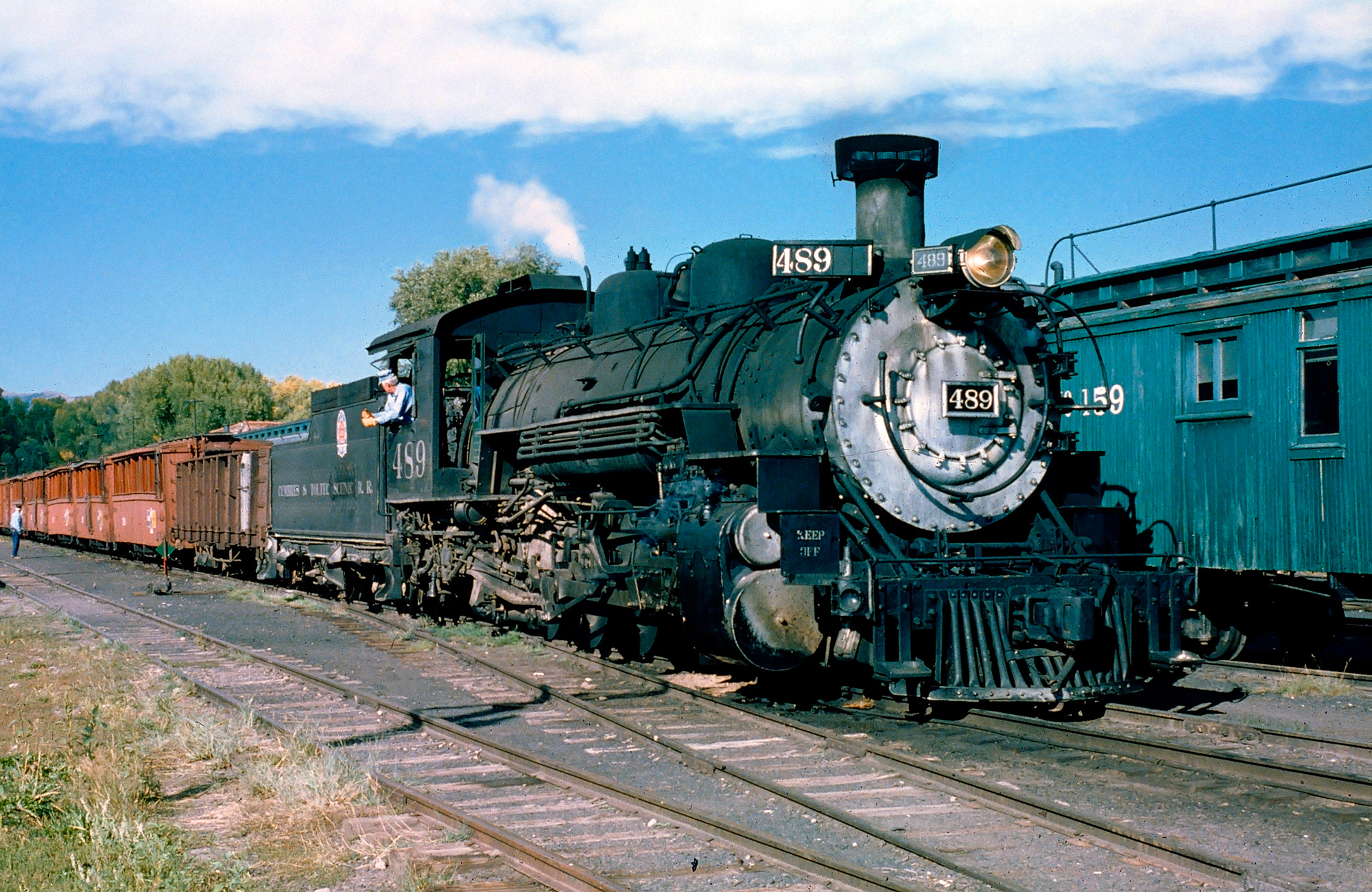 It operates over the former Rio Grande's San Juan Extension, a narrow-gauge (3-foot) division of the company that originally extended west from Antonito, Colorado to Durango, as well as Silverton and Farmington, New Mexico.

When the Rio Grande elected to abandon this stretch of track in 1969, the state of Colorado stepped in to save large segments.  Today's Cumbres & Toltec Scenic operates the former line from Antonito to Chama (64 miles).  It also includes a number of original Rio Grande steam locomotives.

The railroad does not provide full-course meals aboard their trains.  However, these are offered at the Osier Station, located about halfway between Chama and Antonito.  Their menu sometimes changes but usually includes grilled chicken, barbeque pork, or enchiladas along with sides and dessert.

One of the most famous excursions nationwide that sees upwards of 400,000 riders annually, the D&SNG offers spectacular views of southern Colorado with several special events throughout the operating season.  This heritage railroad, along with the Cumbres & Toltec Scenic, maintains a component of the former Rio Grande's fabled narrow-gauge San Juan Extension.

Specifically, the D&SNG maintains the former Silverton Branch between Durango and Silverton, Colorado. The railroad provides numerous on-board classes from Presidential to Standard.

The upscale classes include beverages and/or snacks while they also host wine tasting events.  In fact, they have far too many services, which include dining or beverages, to include in full detail here.

They host a number of special events throughout the year that include either alcoholic beverages and/or on-board food service such as Romance On The Rails, Wine & Rails, and Brew Trains.  To learn more about these trains, and all others, please visit the railroad's website.

The narrow-gauge Georgetown Loop Railroad is a short, but very popular scenic railroad located in Georgetown, Colorado. Prior to the Civil War's cessation, it was originally constructed as a subsidiary of the Union Pacific when a subsidiary known as the Colorado & Clear Creek Railroad was formed in February, 1865.

The railroad, like all of Colorado's narrow-gauge systems were built to serve the state's rich silver mining trade.  After this market dried up in the late 19th century it was finally abandoned.

After a successful donation effort, which included land, old mining claims, and buildings along with used ties and tracks provide by Union Pacific the line was rebuilt 3 miles east of Georgetown in 1973.  It reopened on March 10, 1984, which included the famous High Bridge, its

It is operated by the Colorado Historical Society as part of the larger Georgetown Loop Historic Mining & Railroad Park. Trips are available in three different classes; coach, parlor, and the Waldorf and Tahoe cars (available during the holidays only).  The latter two services provide on-board snacks and drinks.

The LC&S is disconnected from the national rail network and operates the last segment of the former Colorado & Southern's narrow-gauge silver mining branches.  The line operates through the San Isabel National Forest and lasts for more than 2 1/2 hours, featuring about a 21-mile round-trip. It is one of the state's longest such excursion experiences.

Prior to Colorado & Southern ownership it was operated by the Denver, South Park & Pacific Railway, which grew into Colorado's second-largest narrow-gauge system.  The line now operated by the LC&S closely follows a former Rio Grande branch to the northeast out of Leadville.

While the railroad closes for the winter season, during their operating season they operate several specials, a few of which offer food service.  These trains include the Devils Tail BBQ Special and Wild Flower Special.

Another of Colorado's fine tourist trains, the Royal Gorge Route, offers several different meal services from including breakfast, lunch, and dinner (offered as stand-alone trains!). There are also a number of other events hosted throughout the year.

This is one the finest scenic train rides available in the United States, taking guests through Colorado's stunning Royal Gorge.

The railroad currently operates a total of 12 miles of former Rio Grande trackage (leased from current owner Union Pacific), with trips departing from Cañon City. Given the region's stunning geography, where the line hugs the cliffs along the Arkansas River, the railroad now draws more than 100,000 visitors annually and hosts a wide range of excursions.

In addition, you will pass over an engineering wonder, the Hanging Bridge, which uses the walls of the canyon to suspend itself over the river.

The line has attracted riders for decades with the Rio Grande's former "Royal Gorge" train previously operating through this region.  If you enjoy riding heritage railroads this trip is a must see!