The Indiana & Ohio Railway (reporting marks, IORY) is a short line based out of Cincinnati, Ohio that currently operates some 543 miles of track (Indiana - 10 miles, Michigan - 21 miles, and Ohio - 512 miles) making it one of Genesee & Wyoming's largest such properties.

The heritage of the company can be traced back to 1978 when the "Indiana & Ohio Railroad" acquired a segment of the former Cleveland, Cincinnati, Chicago & St. Louis Railway ("Big Four," a component of the New York Central) between Valley Junction, Ohio and Brookville, Indiana.

However, the modern I&O began in 1985 when the railroad acquired a former Conrail branch between Mason and Monroe, Ohio.

Today, both of this lines remain part of the I&O system.  Throughout the 1980s the railroad continued to grow picking up unwanted lines from large Class Is such as Conrail and the Chessie System, and even former Detroit, Toledo & Ironton trackage.

The DT&I makes up the largest component of the I&O running from Washington Courthouse, Ohio to Diann, Michigan where a connection is established with the Ann Arbor Railroad.

Today, the railroad is part of the Genesee & Wyoming family of short lines and features a rather diverse traffic base that should allow it to remain successful throughout the foreseeable future (in many ways the railroad is nearly a Class II, regional). 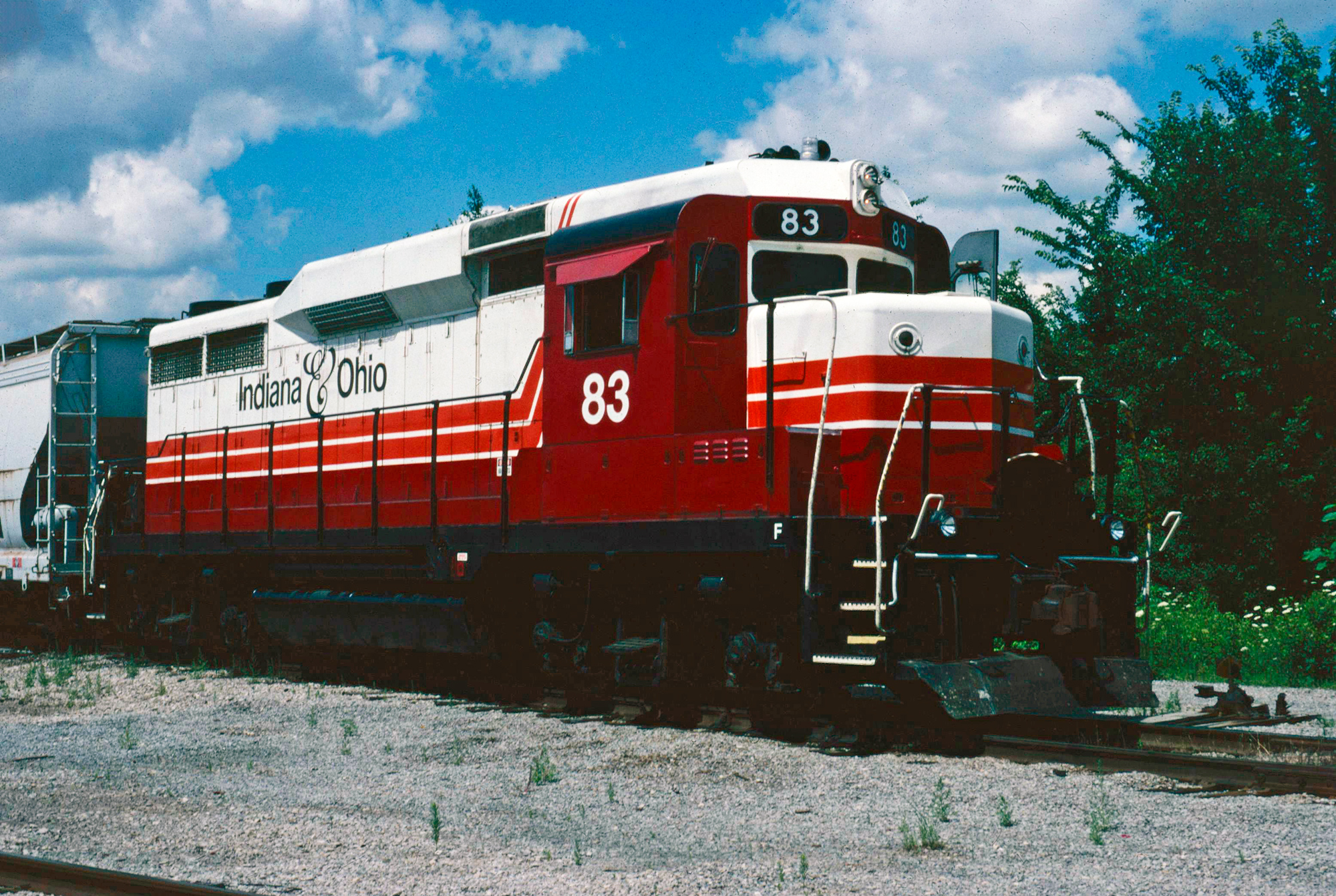 During  the 1980s and 1990s the then privately-owned Indiana & Ohio Railway continued to grow as it took over unwanted lines from Conrail and Chessie System.

The I&O took off in 1985 when the new company picked up 11.8 miles of the former Pennsylvania's Middletown Branch between Middletown and Hageman.  Also included was 3.2 miles between Hageman and Monroe, once part of the old PRR Cincinnati-Dayton route.

By this point the I&O had interchange points along the Chessie System (now CSX) and Conrail (now Norfolk Southern).

Then, in the late 1980's the newly formed CSX Transportation (1987) was continuing to let go of the Baltimore & Ohio's former St. Louis main line (Baltimore - St. Louis), a process launched under Chessie System in 1985.

As a result, the I&O picked up the entire section between Cincinnati and Greenfield, Ohio.

It also acquired the B&O's former Columbus Branch between Midland City and Columbus, part of the railroad's old Newark Division (which once liked Pittsburgh with Cincinnati, via Wheeling and Columbus).

Around the same time in late 1987 the I&O picked up the C&O's former line between Logan and Columbus giving it a system stretching well over 100 miles in length. 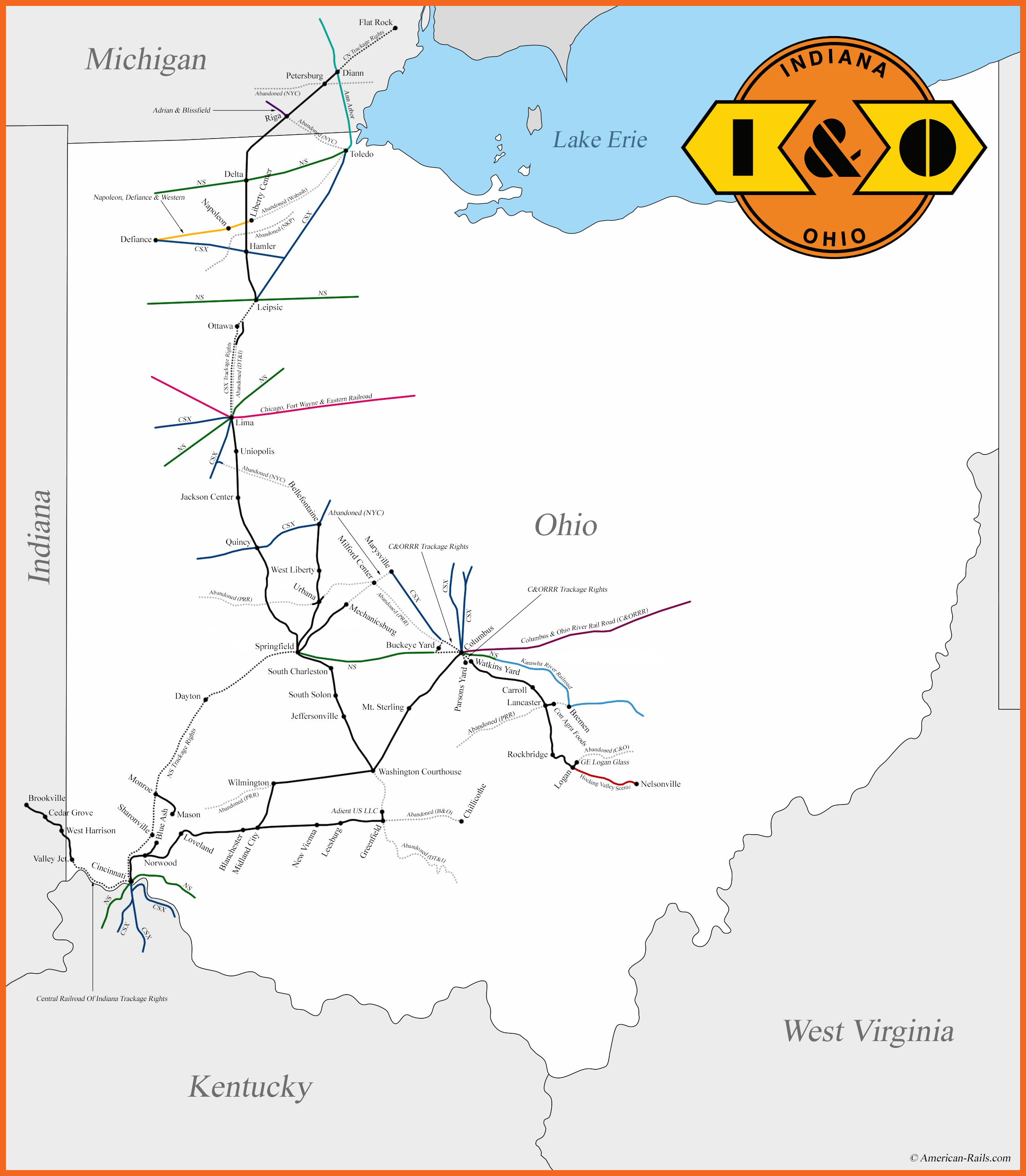 It continued to grow in the 1990s; first acquiring the former Detroit, Toledo & Ironton main line between Washington Court House and Springfield, adding another 50 miles to it system.

In 1994 it gained control of more former Conrail trackage, this time two branches around Springfield reaching Mechanicsburg and Bellefontaine, which added another 40 miles.

A year later the I&O took over the rest of Conrail's remaining branch line trackage in and around Cincinnati. However, things changed in 1996.

That year the Indiana & Ohio Railway's owners elected to sell the company to another operator, in this case RailTex, Inc. which was, at the time, one of the larger short line conglomerates. 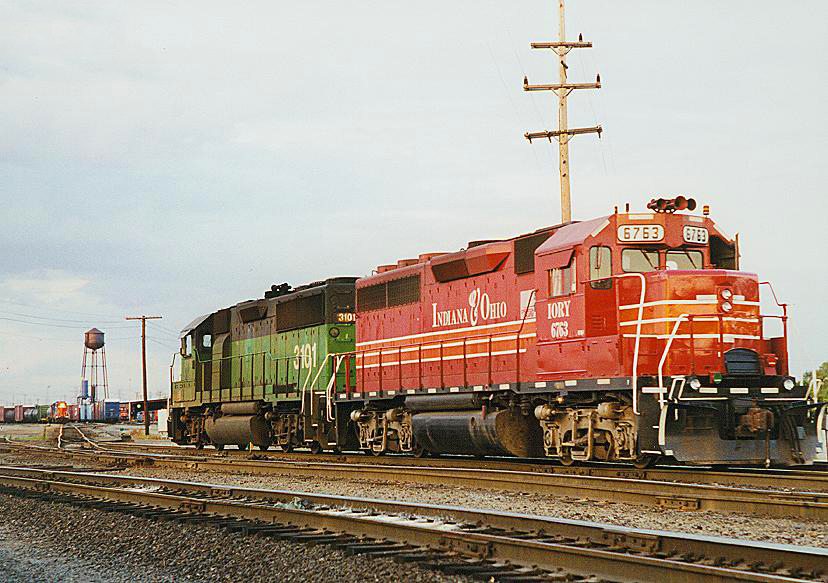 Under RailTex the railroad continued to prosper and nearly doubled its system.  The Genesee & Wyoming of its day, RailTex was founded by Bruce Flohr who launched his first short line in 1984 with the small San Diego & Imperial Valley Railroad on March 8, 1984 (still in service under Genesee & Wyoming).

The idea worked and he eventually amassed a network of 26 railroads that totaled more than 4,100 route miles. In early 1997 after a long negotiation with the Canadian National the I&O was able to purchase nearly the rest of the DT&I's main line between Springfield, Ohio and Detroit, Michigan.

In early 2000 RailTex was acquired by RailAmerica, Inc. and thus the Indiana and Ohio Railway had a new owner, which also acquired its two subsidiaries.

RailAmerica has its own story, the product of two entrepreneurial brothers who founded the company in 1985.

According to the article, "The Triumph Of Train NC-2" by author Fred Frailey in the featured in Trains Magazine's June, 2010 issue, their company launched in 1985 when Chessie System spun-off an component of the former Pere Marquette in Michigan, which later became the Huron & Eastern Railway.

Within a decade they had amassed some 75 short lines and went public in 1992.  In February, 2007 RA was sold to Fortress Investment for $1.1 billion, which resold the company to Genesee & Wyoming in February, 2012.  At the time, RA was the largest short line holding company in the nation. 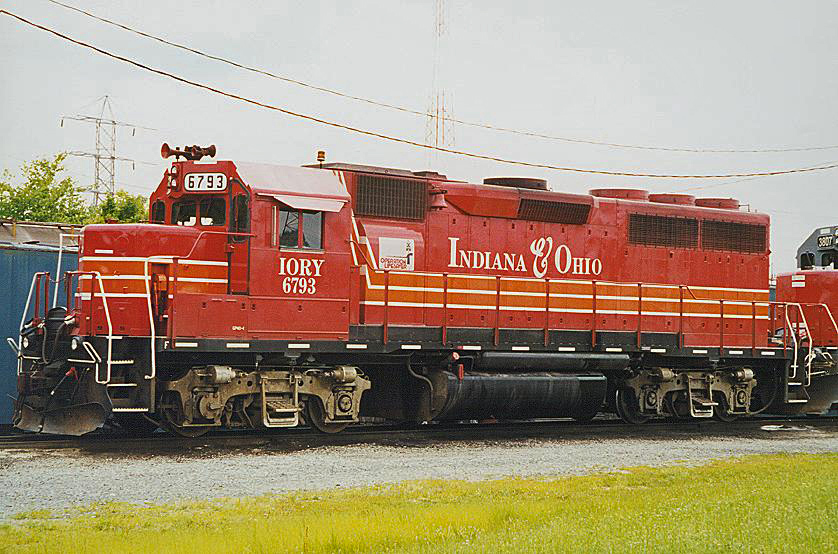 Today, its system contains 543 miles and a diversified traffic base of chemicals, metals, grain, ethanol, lumber, plastics, and other freight.

Currently, the railroad has interchanges with numerous other lines including CSX, Norfolk Southern, Canadian National, Ann Arbor, and RJ Corman.

The I&O has a vast array of four and six-axle motive power, although all are strictly EMDs (interestingly some units come from the very fallen flag companies which owned the branches the I&O now operates).  Due to its size the railroad's future appears strong as it serves a significant portion of western Ohio.