The earliest predecessor to the Grafton & Upton Railroad (reporting marks, GU) dates to the 1870s as a small line which served Grafton. The company was eventually organized into its current form during the late 1870s and established a connection at what would later become the New Haven Railroad.

The G&U was never a line of great size although it hosted a wide variety of freight during its early years and sustained itself in later years by hauling mostly bulk products. The railroad changed hands several times, especially after the 1950s.

It was finally purchased in 2008 by Jon Delli Priscoli who, as a person with an avid interest in trains, has vowed to restore the entire property back to operating condition (most of the route had lain dormant for years), much to the chagrin of local towns.

Today, much of this redevelopment has been completed as the new owner attempts to lure in new business although, unfortunately, the G&U's biggest obstacle likely remains the local public.

The efforts by Priscoli have been truly spectacular, resurrecting an historic railroad from the ashes over a line that surely would have otherwise been abandoned. 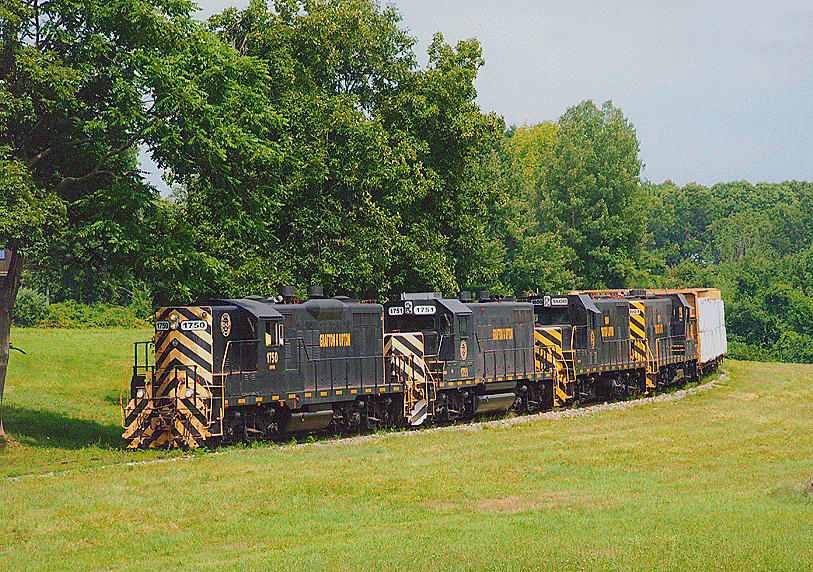 In his book, "American Narrow Gauge Railroads," Dr. George Hilton notes the origins of the Grafton and Upton Railroad begin in 1873 when the Grafton Center Railroad was chartered, a narrow-gauge operation that eventually constructed three miles of track between Grafton and North Grafton, which officially opened for business on August 30, 1874.

At North Grafton the railroad established a connection with the Boston & Albany Railroad, a later subsidiary of the New York Central.  At this time, the little operation earned only a modest $4,000-$7,000 annually.

The company remained a three-mile narrow-gauge for the next 13 years until July, 1887 when it was renamed as the Grafton and Upton Railroad, converted to standard gauge, and set its sights to the southeast at Milford.  Doing so would provide the small line with a sizable carloadings increase.

Two years later in 1889 the line had reached Upton and on May 17, 1890 the entire route was open to Milford, a distance of 16.5 miles, where it connected with the Milford & Woonsocket Railroad (a later subsidiary of the New York, New Haven & Hartford). 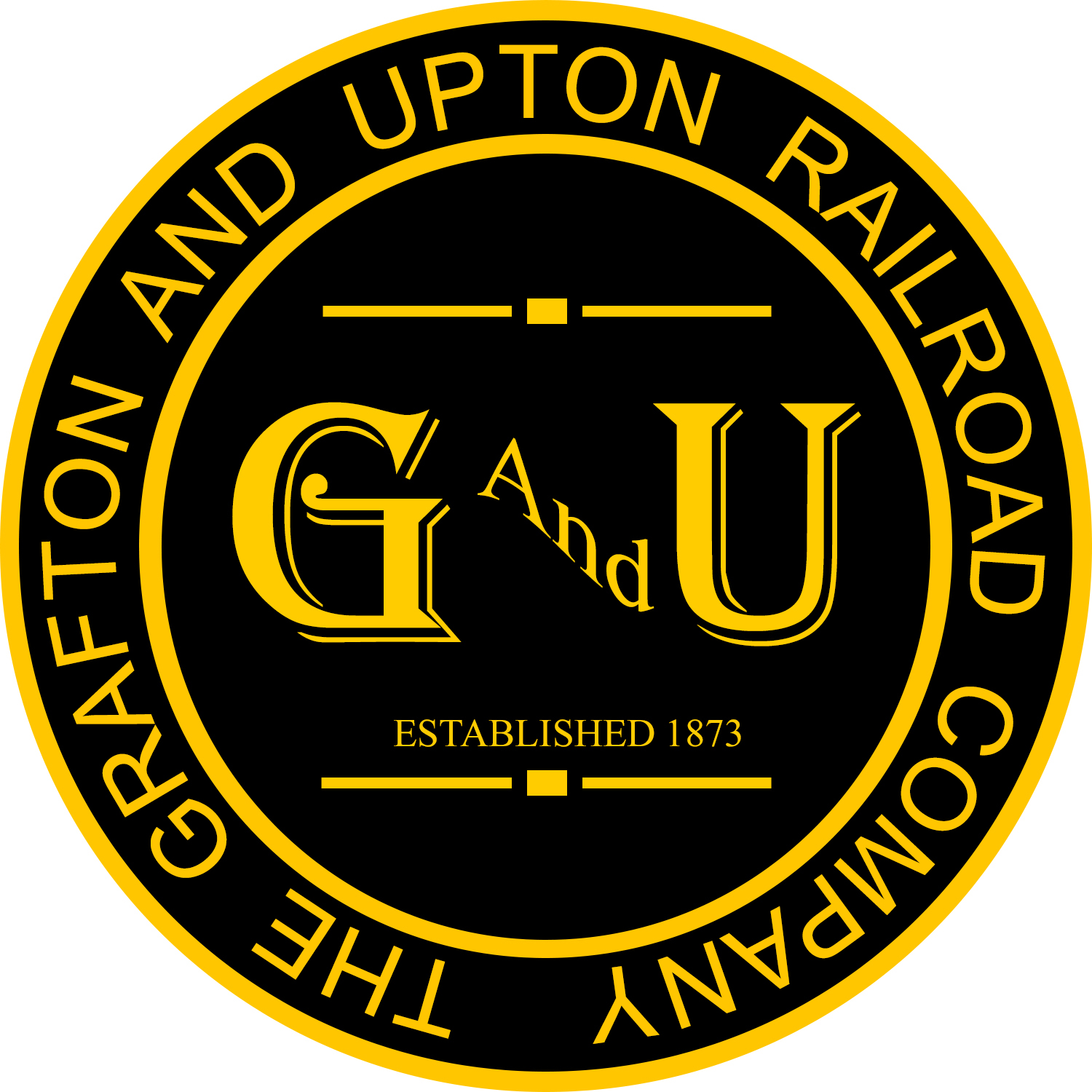 During these early years, when railroads in general carried almost any type of freight, the G&U's traffic based ranged from mail and passengers to agriculture and general merchandise.

In 1901 the Upton Street Railway was chartered, a streetcar line, which constructed a 2.75 mile loop around the town and operated electrically. A year later on June 19th, it was purchased by the G&U and provided the parent with some freight but mostly offered passenger service only.

Surprisingly, while the railroad was already an established short line, in 1902 it was granted approval to electrify its entire main line. After doing so it had an interesting operating schedule of running its steam locomotives at night and provided electrified service during the daytime hours. 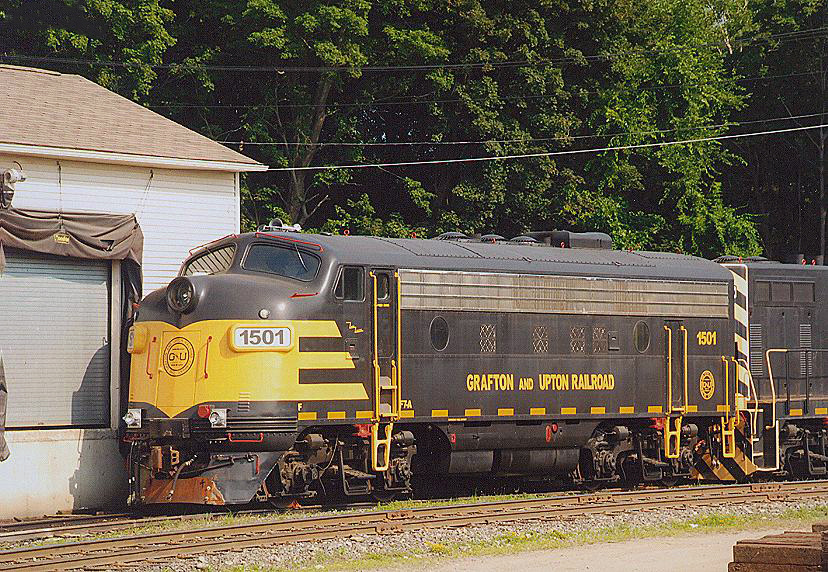 For nearly the next 20 years not much changed on the property.

Then, in 1919 as the streetcar and interurban industry began its rapid decline into oblivion the Grafton and Upton Railroad ended passenger operations along the Upton Street Railway on April 22 and eventually scrapped the route entirely by December 11, 1920.

Before the decade was out the G&U would end passenger services altogether with final runs made on August 31, 1928. Then, on July 3, 1946 all electrified operations ended and were scrapped and sold by July 11.

In place of the General Electric 40-ton steeple cabs that had been used, the G&U purchased second-hand Boston & Albany steam locomotives as well as a few General Electric 44 ton diesels (a year later, in 1947 the railroad picked up an Alco S-4 switcher, which was subsequently scrapped on May 4, 2009). 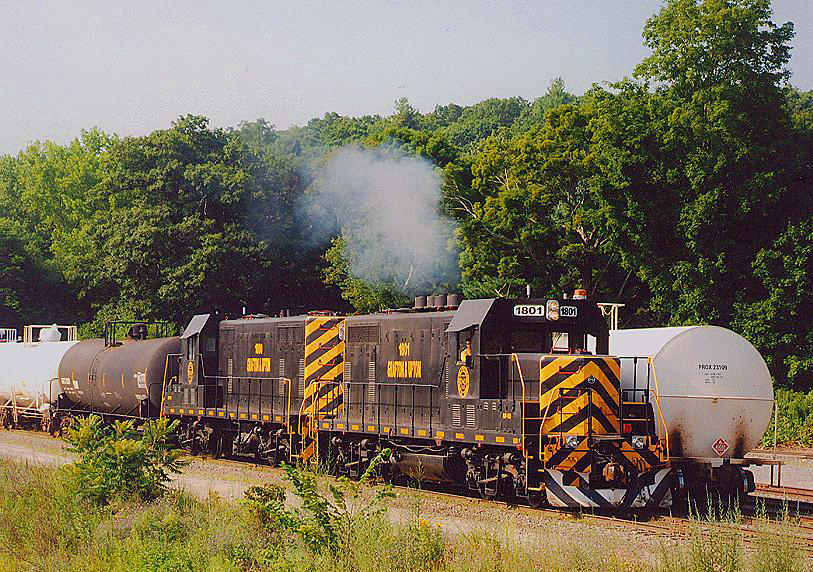 By 1952 the G&U also lost its U.S. mail contracts, although in all likelihood due to the small communities the line served this was probably not a major setback.

By the 1960s, however, things were starting to look quite bleak for the company, which was a general trend for the industry but particularly for the northeastern railroads. A major flood in 1968 washed out part of the main line and in 1973 it lost its connection with then Penn Central at Milford (which terminated the interchange).

Additionally, in 1975 the company lost its major customer, the Draper Hopedale Factory, which had actually owned the company from 1894 to 1967. In late January, 1979 the railroad was again sold, this time by Rockwell International to Torco, Inc. 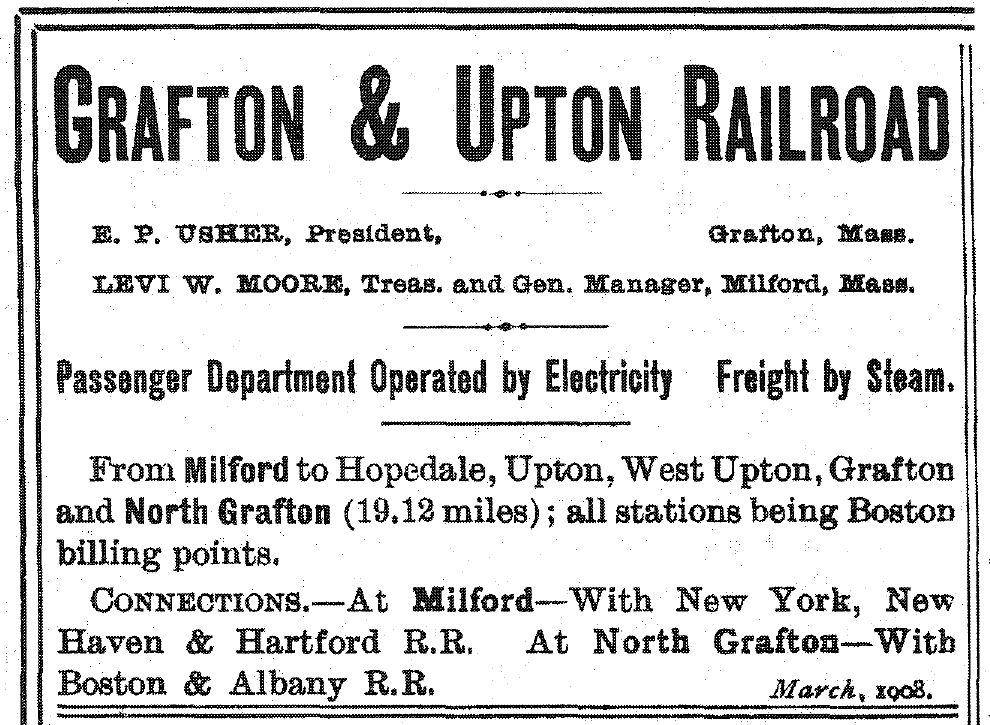 The Grafton & Upton's listing in the 1910 Official Guide. Author's collection.

By 1988 the last remaining customer in Hopedale (just west of the former Milford interchange) closed and from that point forward the only business the G&U held from based locally out of its small yard in Grafton.

By the year 2000 the G&U's remaining business consisted of a transload facility and local customer, the Upton Fuel & Construction Company. Finally, in March 2008 the company was purchased by Jon Delli Priscoli and immediately vowed to restore the G&U to its original status. 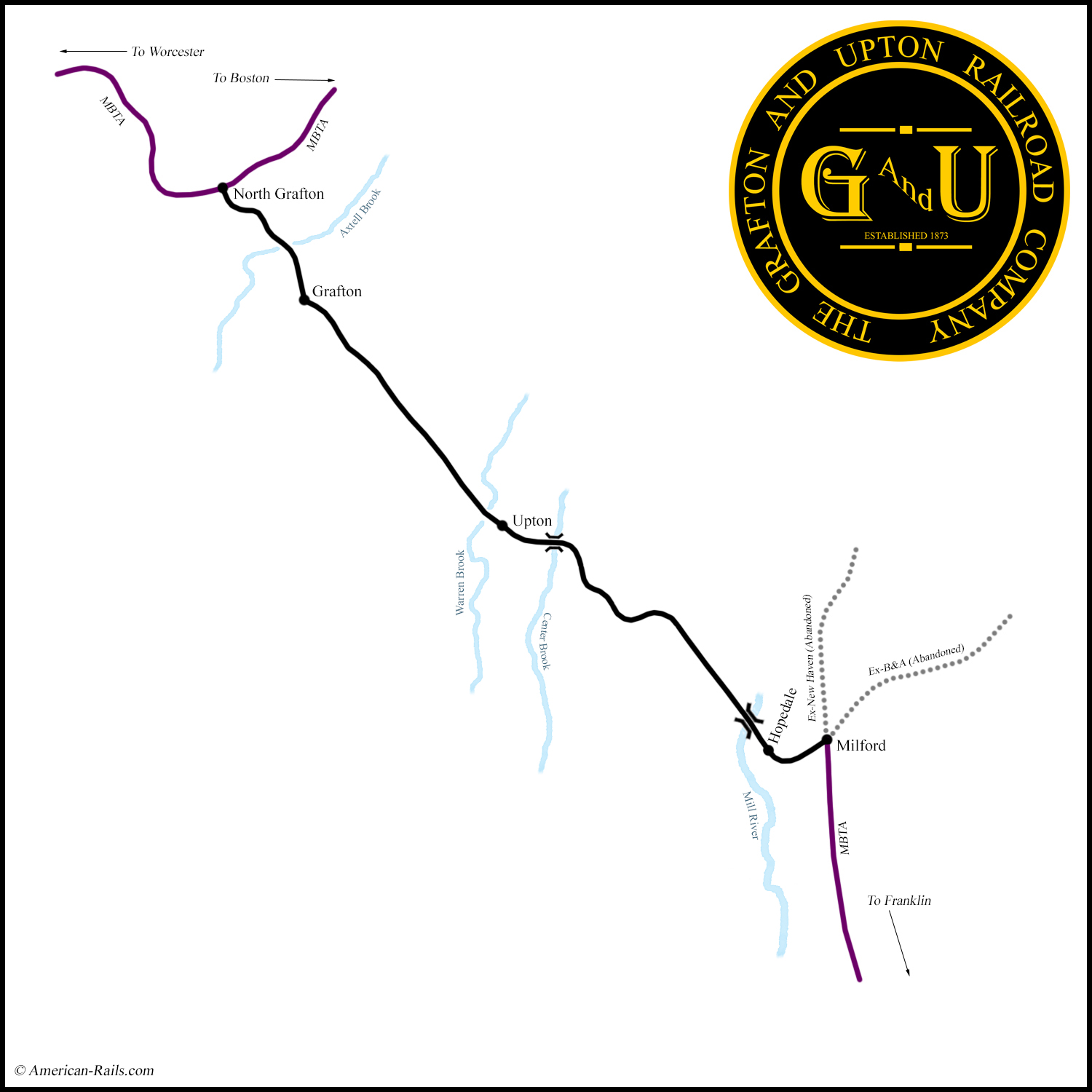 To do this meant restoring virtually the entire 16.5-mile main line south of Grafton by cutting brush and rebuilding at least one crossing that had been removed by the town of Milford in October, 2005.

With much of the route out of service for 20 years the local towns were somewhat hesitant to see the railroad restored.  However, because the entire property was technically still an active line (i.e., never formally abandoned) there was little that could be done.

Since Mr. Priscoli's purchase he has received increasing opposition despite the potential job creation and economic opportunities moving forward. The new owner has big plans for the company and continues to upgrade the property as funds and time are available.

During the 2010's the G&U became a popular attraction for train enthusiasts, lured in by the railroad's use of first generation power.  Notably was F7A #1501, a former Bessemer & Lake Erie unit.

But, the use of this covered wagon and other early EMD designs was short-lived.  In an effort to improve fuel efficiency and operations these units came offline in 2018, replaced by M15AC's purchased from CSX.  To visit the Grafton and Upton Railroad's official website please click here.