The Morristown & Erie Railway (reporting marks, ME) is a short line operation serving northern New Jersey as well as portions of Maine (through operating the Maine Eastern Railroad).

The little railroad is well over 100 years of age and has been in existence since 1902 serving customers along virtually the same tracks as it did when it first started operations in the early 1900s.

Despite its fascinating history there has never been much written about its operations (Trains Magazine has, though, covered it thoroughly in at least two different issues since 1951), which at its peak only included 10.5 miles between Essex Falls and Morristown.

Today, along with serving customers over its 158-mile system the railroad also offers other services such as chartered private rail cars, other private events, and even car storage if you are a private car owner.

Given the nature of its operations and the region in which it is located, the M&E's future appears quite bright and may even include commuter operations via NJ Transit at some future point. 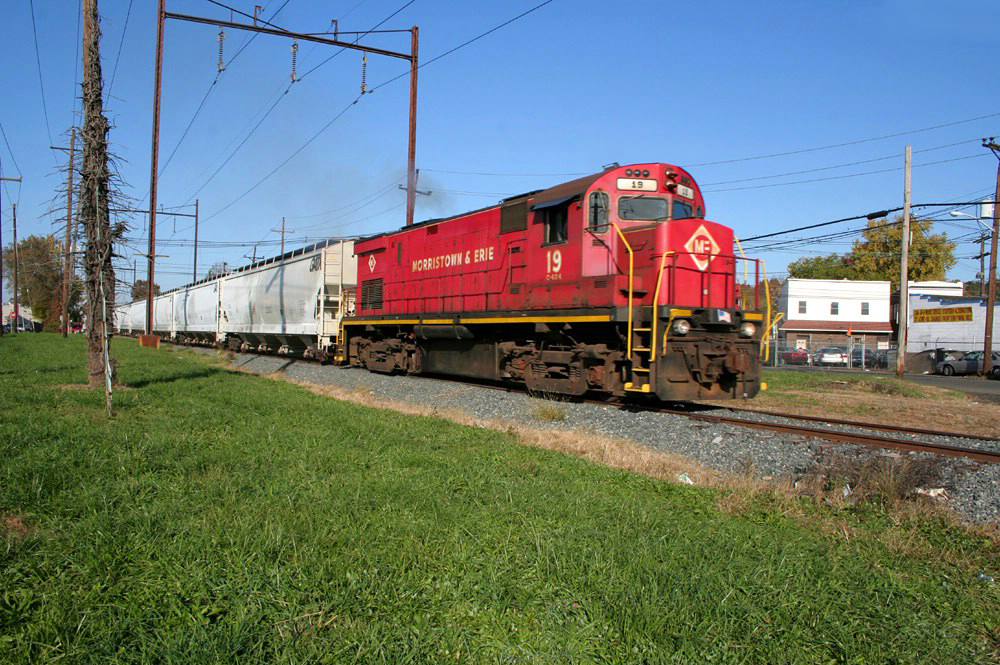 Its system roughly stretched from Morristown to Whippany and then on to Essex Falls where a connection with the Erie Railroad allowed for service to be extended as far as Jersey City.

The Morristown and Erie Railway was a quite profitable and well-managed company through World War II and its passenger service became legendary for the many flag stops it made because of the long distances between stations.

Because of the railroad's small size, while healthy, passenger service was not significant on the M&E system.

Because of this, when other forms of transportation, like automobiles, began making inroads into the passenger business the M&E discontinued service rather quickly.

In his article, "A Matter Of Paper Profits," author John T. Cunningham  notes that passenger service ceased in 1928 at which time it was losing $35/day on such trains.

Ironically, just eight years earlier the company was boasting annual traffic of 128,000 riders thanks to the region's dense population.

While the railroad continued to be well-managed following WWII traffic began to deteriorate more and more as mills and industries closed up shop (notably the paper mill in Whippany which for many years was its most important customer).

This allowed the railroad to even pay out $10 dividends at the time. Unfortunately for the M&E this slide continued all of the way through the 1970s, perhaps the lowest time at any point in the rail industry's history.

While Andrew L. Cobb III, who became president in 1961, tried to diversify business to increase earnings (by purchasing companies, non-rail related) the loss of traffic on the railroad could not be stopped.

By the end of the 1970s the railroad was down to precarious few carloads a week and in 1978 it filed for bankruptcy with service continuing as needed. 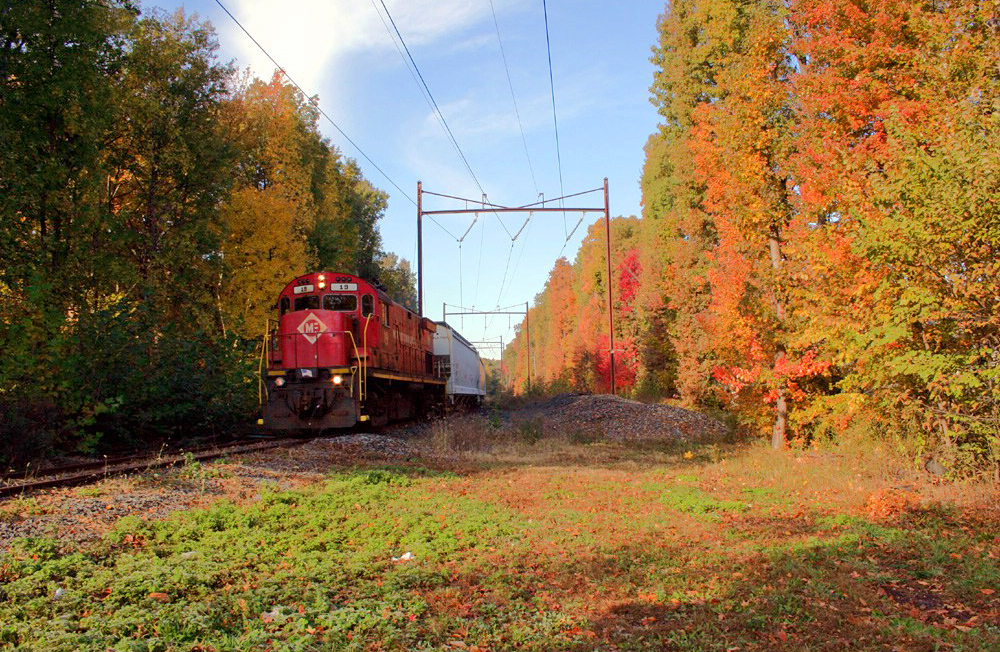 The same train as seen above near Roselle, New Jersey.

Unlike many Northeastern railroads, however, that would go on to fall under the Conrail umbrella or disappear altogether as the Morristown and Erie Railway was granted a second life. 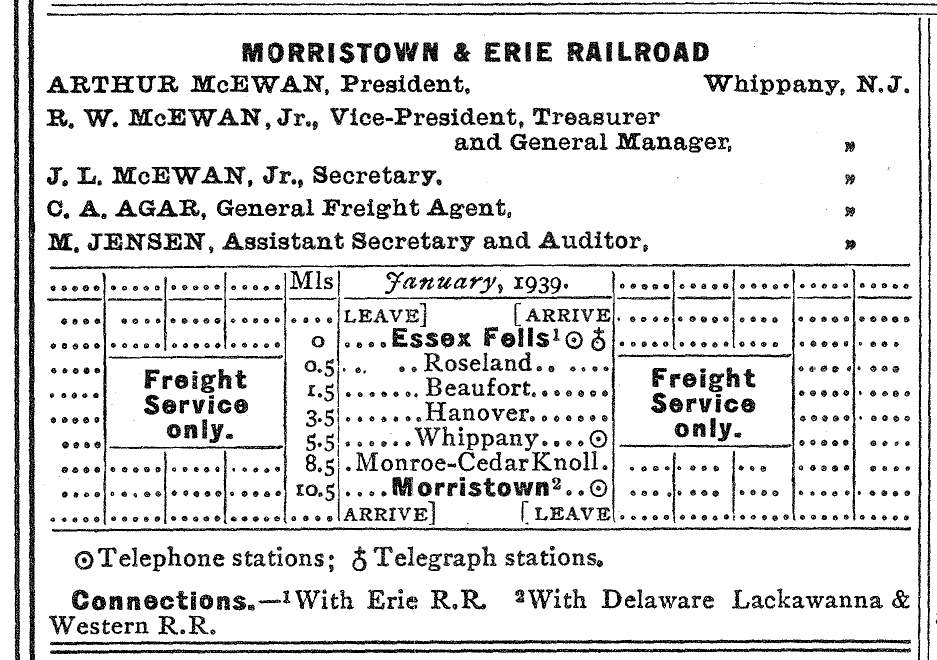 A 1939 timetable of the original Morristown & Erie Railroad. Author's collection.

In 1982 a group of folks purchased the bankrupt line naming the new company the Morristown and Erie Railway, Inc. The four individuals (Benjamin J. Friedland, Wesley Weis, Ed Wilczynski and David Mandelbaum) worked to bring business back to the railroad and their efforts have paid off as traffic has rebounded astronomically. 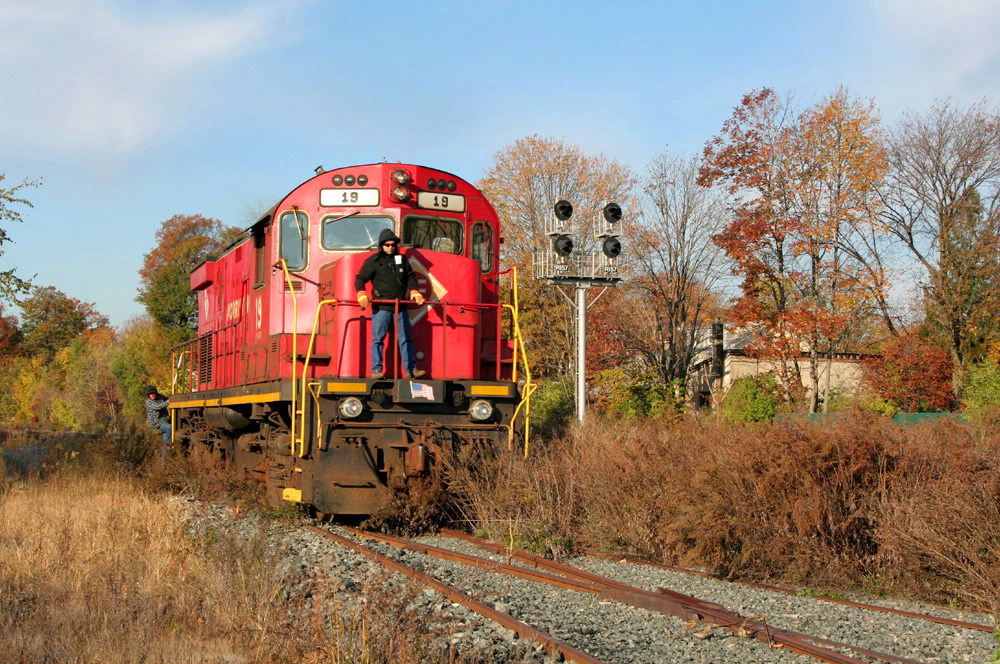 Today, the M&E serves the largest privately owned refinery in the country, the Bayway Refinery which sees 8,000 cars switched in and out of the plant on a yearly basis.

Other customers for the railroad include:

Lastly, the M&E also offers passenger service once more as one can ride in luxury in the railroad's fleet of passenger equipment. 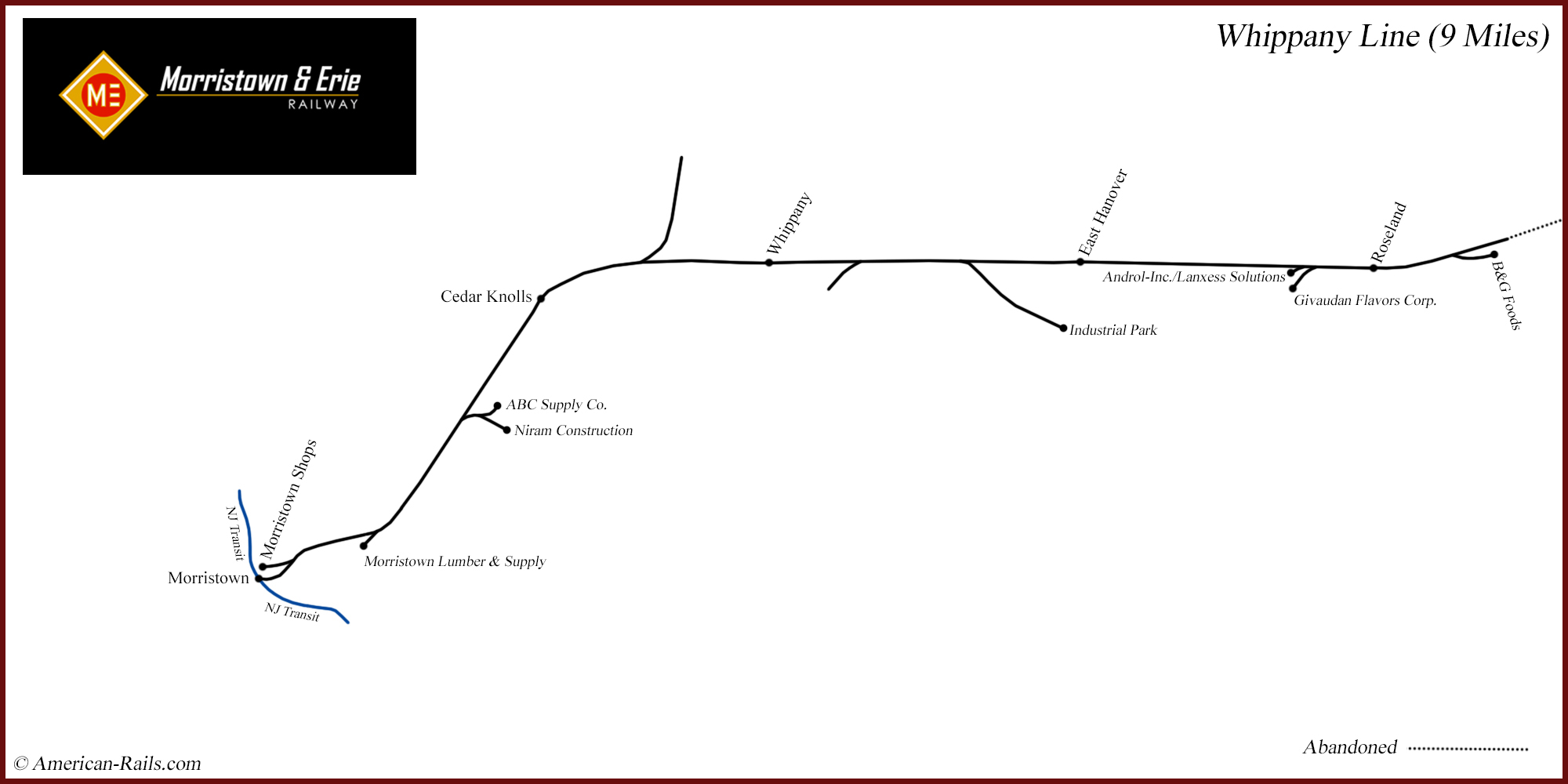 For the last several years the Morristown and Erie Railway has become a railfan hotspot due to the many Alcos the railroad continues to roster including big C424s as well as several RS11s. 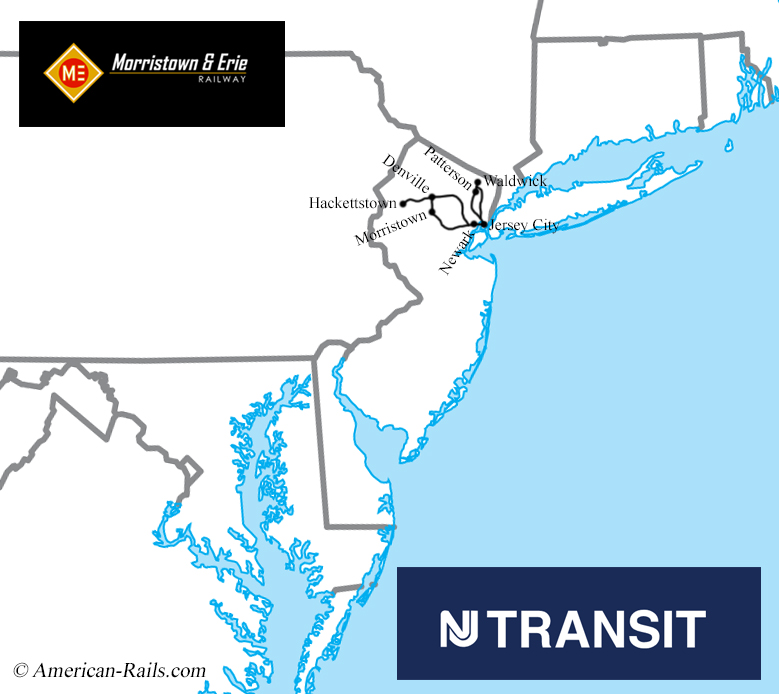 It’s unclear, though, how long these legendary locomotives will continue to run on the railroad’s roster due to their age (since many are at least 50 years old now) but it’s good bet that they will soldier on for at least a number of years yet. 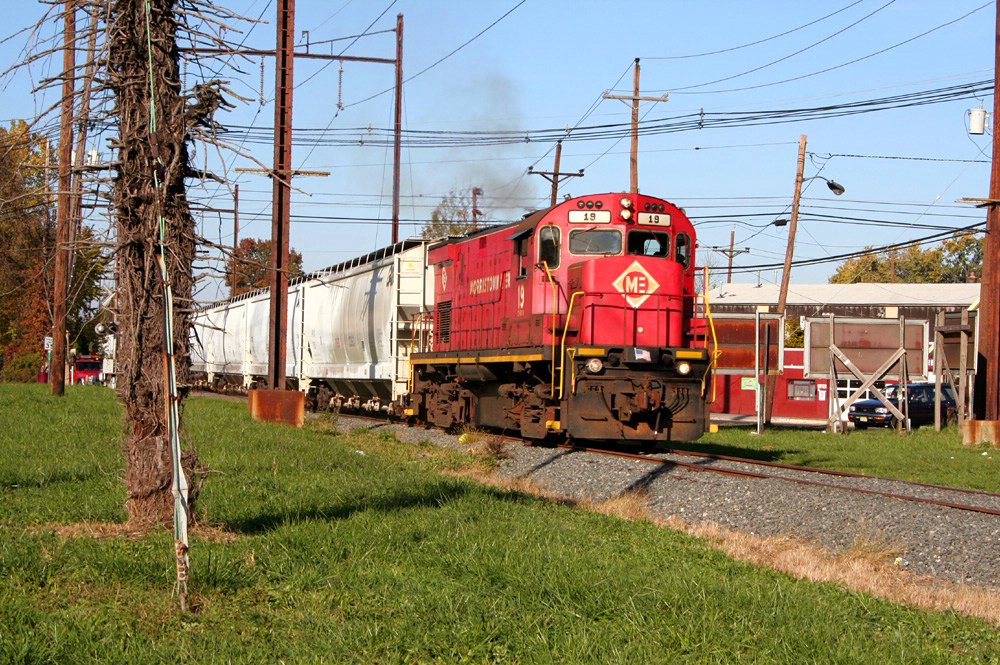 In this view of Morristown & Erie #19, the Alco is about to cross St. George Avenue in Linden with its short train of covered hoppers. Randy Kotuby photo.

Having said that, if you are after some pictures of these Alcos I sure wouldn’t wait too long in getting them, you just never know!

For more information about the Morristown and Erie Railway please click here to visit their official website.