For railfans, much of the aura surround the Butte, Anaconda & Pacific (reporting marks, BAP) was its electrified operations, which were in service for more than 50 years until diesels fully replaced the motors.

During those years, however, it was quite a sight to see BA&P electrics mingling near Milwaukee Road Class EF-4 "Little Joes", as the CMStP&P interchanged with the road at three different locations.

From an operating standpoint the BA&P relied almost exclusively on its primary commodity, hauling copper ore from mines located near Butte to the smelters at Anaconda.

During the 1980s the smelters closed and the railroad was purchased by an outside investment group which renamed it as the Rarus Railway.

The line continued to operate under this name for many years until it was repurchased in the 2000s by Patriot Rail which returned it to its original name, the Butte, Anaconda and Pacific Railway. Today, the BA&P continues to haul copper products along with a variety of other freight. 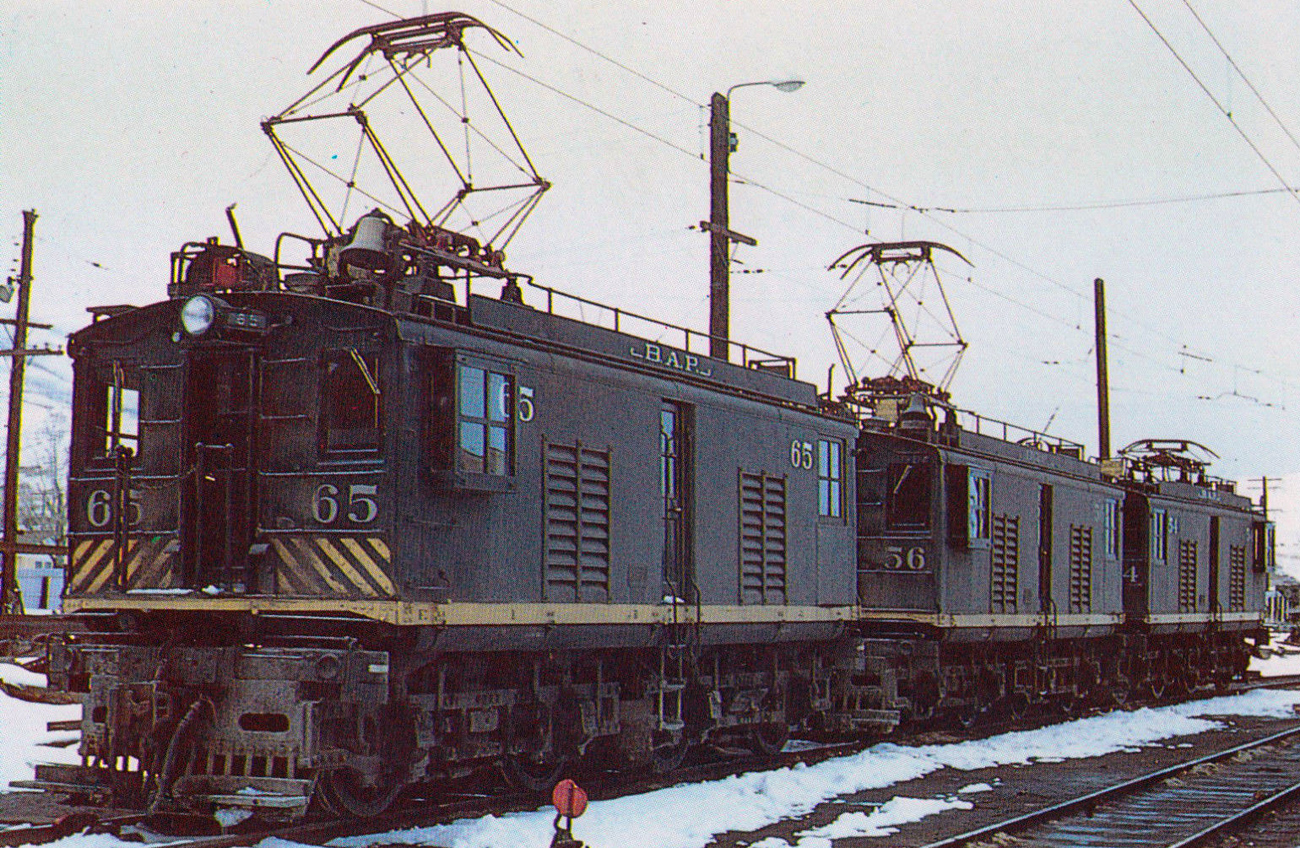 A trio of the Butte, Anaconda & Pacific's famous R-2 Boxcabs, all products of Alco/General Electric built just prior to World War I.

The history of the Butte, Anaconda and Pacific Railway begins in 1893 when it was founded by the Anaconda Copper Mining Company.

Interestingly, at the time of the BA&P's chartering there was only railroad serving Butte, and much of Montana, the Northern Pacific Railway which was the first company to complete the transcontinental link to Seattle from Chicago.

While owned by the copper company the BA&P essentially operated as a common-carrier system hauling general freight and passengers along with its copper traffic.

Its main line from Butte to Anaconda (which actually roughly paralleled the NP's, and later Milwaukee Road's, main line) was 25.7 miles in length, according to its timetable, and also later hosted a branch line from Anaconda to Browns a distance of 6.2 miles.

For power the BA&P began services with traditional steam locomotives using mostly medium-sized power such as 2-8-0 Consolidations and 4-8-0 twelve wheelers.

However, after 1910 the railroad decided to electrify much of its property. To do so it utilized a powerful 2400v direct current (DC) system, built in conjunction with General Electric and opened in 1912.

Of note, the railroad during peak operations owned and operated a total of 135 miles of track, which included aside from the main line; yards, branches, spurs, and industrial trackage.

Of this, 75 miles were electrified. It was GE who also furnished the railroad its motive power, small boxcab motors which began arriving on the property over the next few years, eventually reaching a total of 18 units. 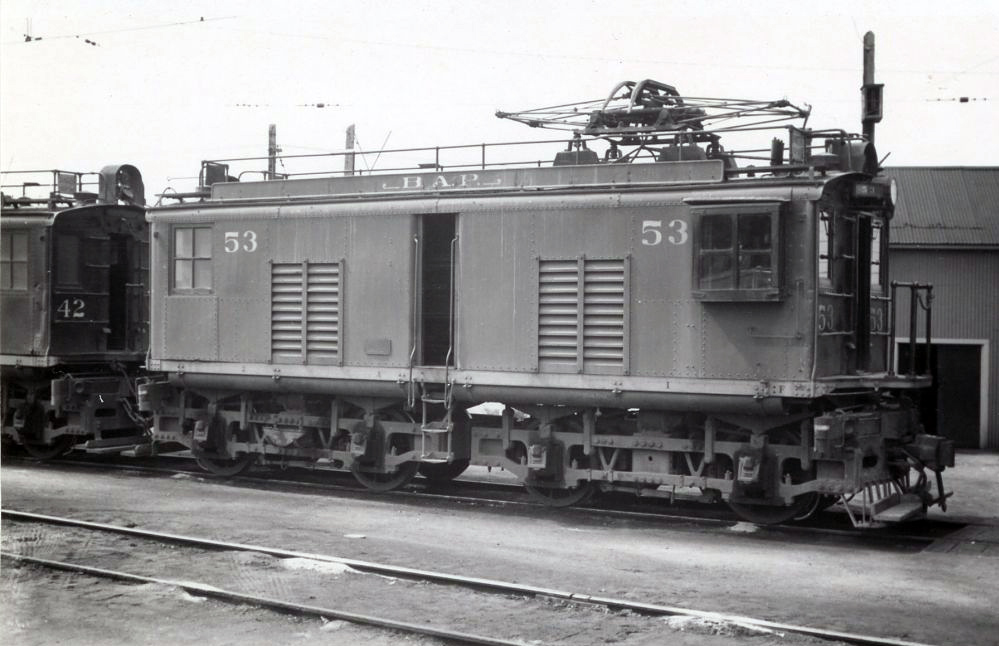 After the Milwaukee Road arrived in Montana and opened its main line to Seattle, which occurred just a few years prior to the BA&P's electrification the railroad had three interchange points with four different Class Is:

One other important point to note is that for a few years, after the Butte, Anaconda and Pacific Railway completed its electrification it featured a short stretch of interurban-like service on a small branch from near Anaconda to Opportunity.

The purpose of this line was simply to haul miners to and from the work site although surprisingly it remained in use as late as 1951 when it was finally abandoned.

General passenger services were, of course, never a particularly high volume of traffic for the BA&P. By the 1950s the service declined to the point that in 1955 the company ended operations altogether, from then on focusing solely on freight operations. 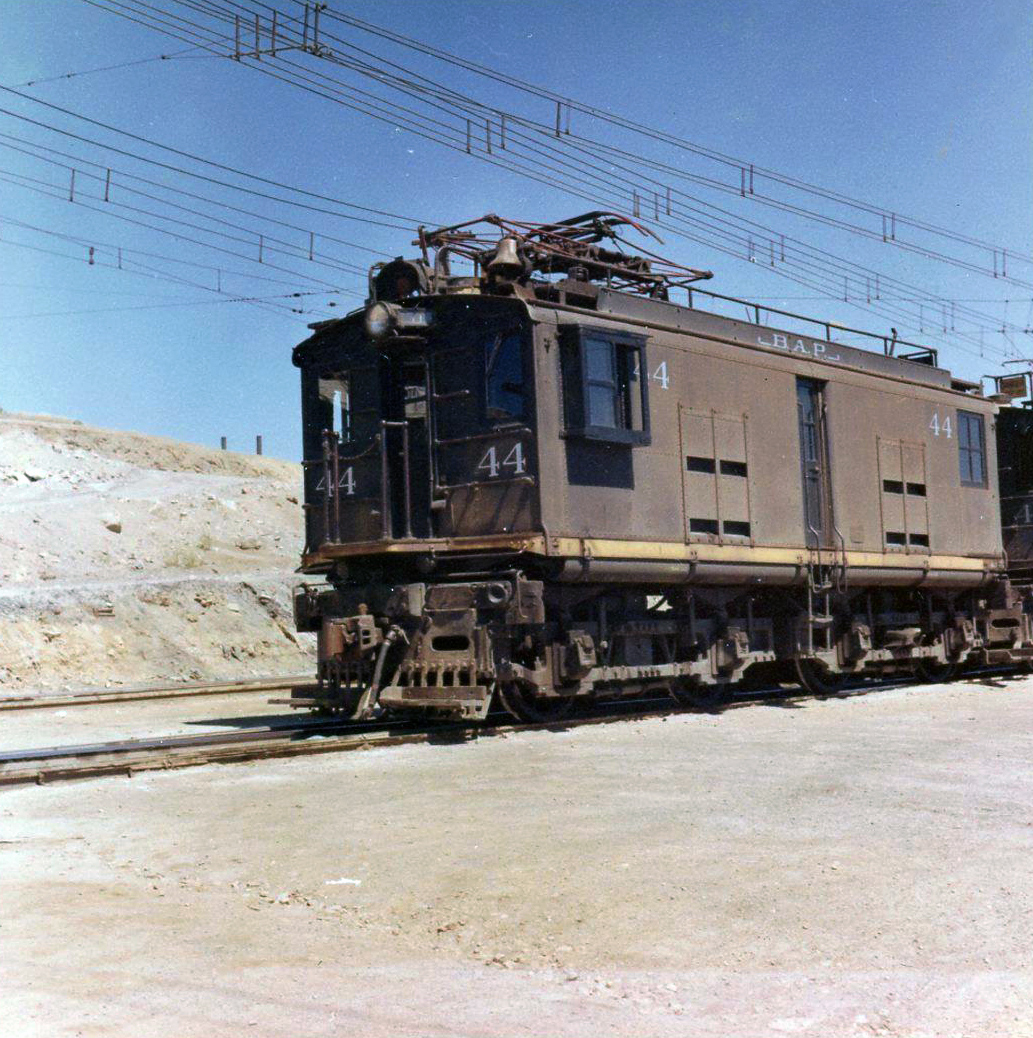 Butte, Anaconda & Pacific boxcab #44 is seen here during the 1960s, a few years before electrified operations were discontinued.

The 1950s also saw the decline of steam and electric services. In 1952 the remaining steamers were scrapped, replaced by Electro-Motive four-axle GP7s and GP9s.

The boxcabs were also slowly retired although in 1957 the BA&P picked up two new GE motors, #201-202, which somewhat resembled early EMD Geeps.

Sadly, however, these were used for only another ten years. In 1967 the electricity was turned off and the wires pulled down two years later in 1969. 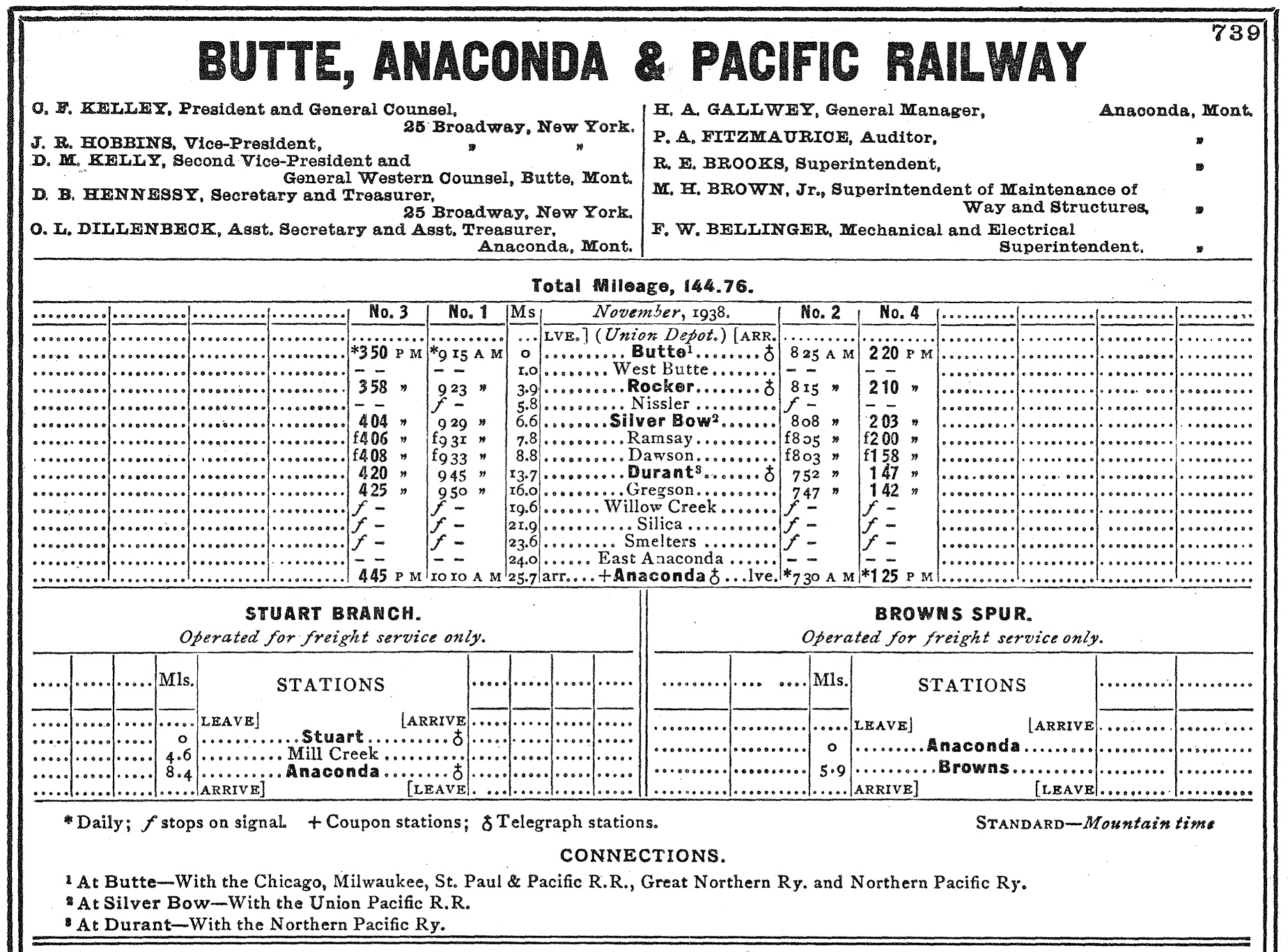 From that point forward the BA&P was fully dieselized. In the early 1980s the Anaconda Copper Mining Company closed its smelters which dealt a heavy blow to the railroad's traffic base.

In 1985 the state of Montana acquired the line and subsequently resold it to a group of investors, which renamed it as the Rarus Railway in 1990. 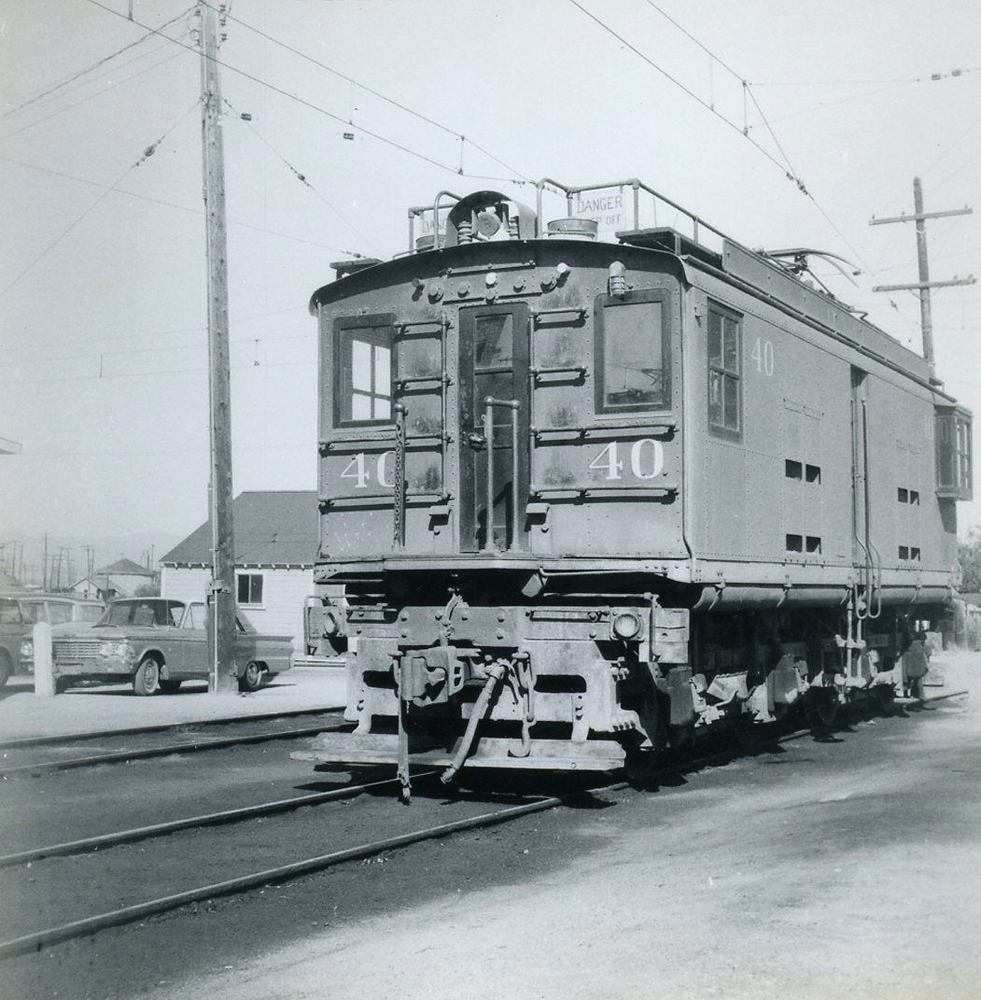 The Rarus Railway continued to operate under this name until 2007 when it was acquired by the Patriot Rail Corporation, which as aforementioned returned the property to its original name as the Butte, Anaconda and Pacific Railway.

Today, the BA&P operates its 26 mile main line as well 37 additional miles of yard and industrial trackage. Its traffic continues to be heavily copper-related including copper tailings, impacted soils, copper concentrates, and slag according to Patriot Rail.

The railroad still connects with the BNSF Railway at Butte as well as the BNSF and Union Pacific at Silver Bow.