The Pioneer RailCorp is a holding company formed in the 1980s to operate a series of short lines and has since grown into an operation covering more than a dozen states and 600 miles of trackage.

Pioneer is certainly not the largest operation of its kind in the country but its many railroads provide services to numerous business and customers that would otherwise not be possible without their involvement.

From a historic standpoint the company is notable for operating the only remaining A-B-A set of cab model diesel locomotives anywhere in the country in regular freight service and they also host a "Santa Train" every Christmas. 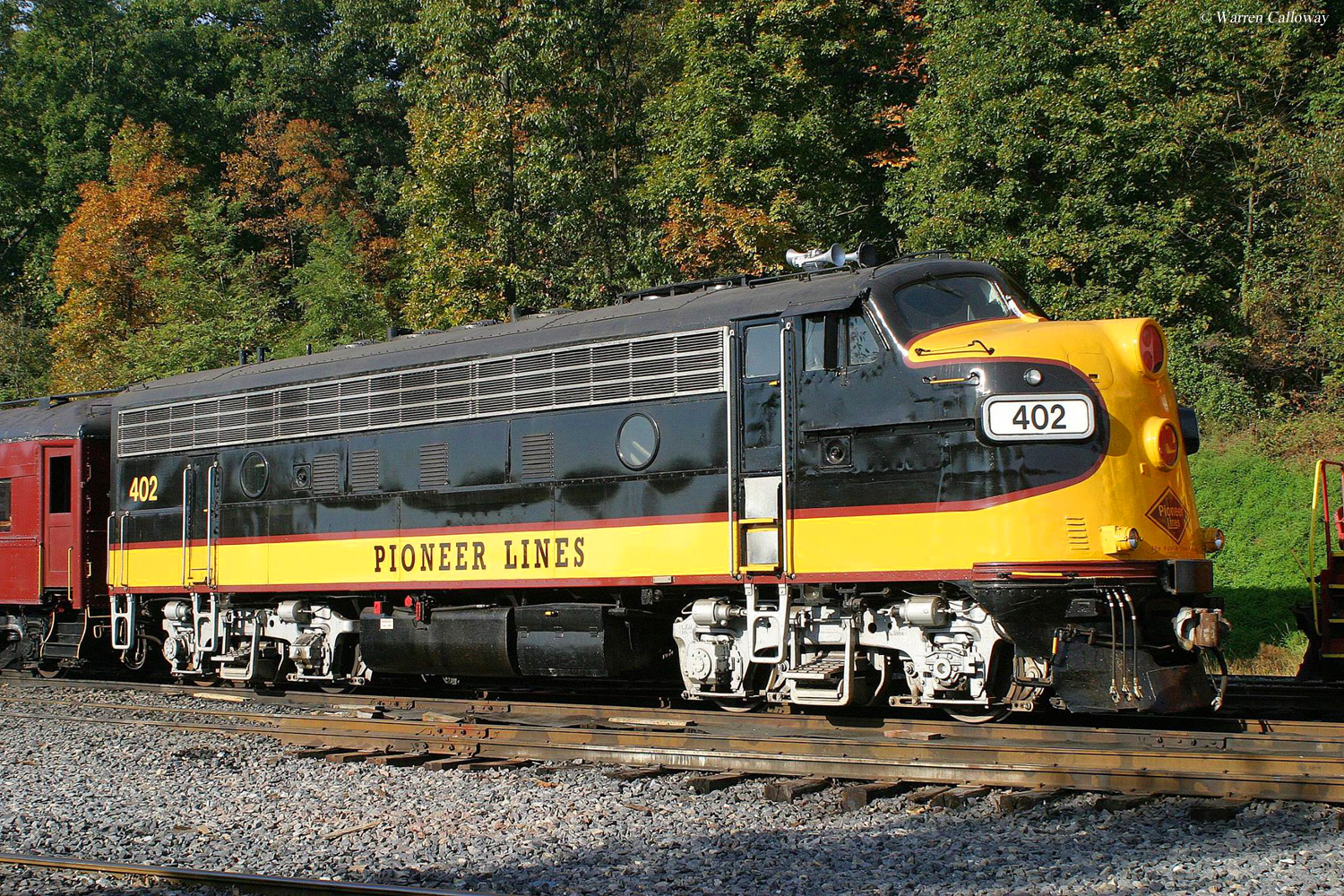 One of Pioneer Railcorp's most famous locomotives, F7A #402 on the Gettysburg & Northern in Gettysburg, Pennsylvania. This unit began its career as Chicago & North Western #4086-A in 1949.

By performing a quick Google search using the box below you can find available job openings.  In addition, you can visit Pioneer RailCorp's website for information.

During its now three decades of operation Pioneer Railcorp has maintained a relatively low profile, slowly acquiring new holdings and generally going about its business in a quiet manner.

The corporation was founded in January of 1986 by Guy L. Brenkman, forming what was then known as the Pioneer Railroad Company.

As a short line holding company it was unique in the manner Brenkman went about obtaining capital via a self-underwritten public stock offering.

The idea worked and it continued using this method to fund future acquisitions for many years.

Career And Job Information With Other Short Line Families

This trackage had a history dating back to the Salem Railroad, which was put into service in 1863.

It later became part of the West Jersey & Seashore Railroad before its inclusion into PRSL into 1932, a joint Pennsylvania and Reading operation largely focused on serving commuters across southern New Jersey.

After the fallout of Penn Central and Conrail's startup in 1976 the property was sold to the local Salem County government in 1985, which awarded its initial contract to Brenkman.

The Pioneer Railroad served the line for only 10 years; in 1995 the contract was given to new operator Southern Railroad of New Jersey, which continues to serve the route today.

However, by the mid-1990s Pioneer was fast becoming an established short line operator and during that decade acquired several new properties. 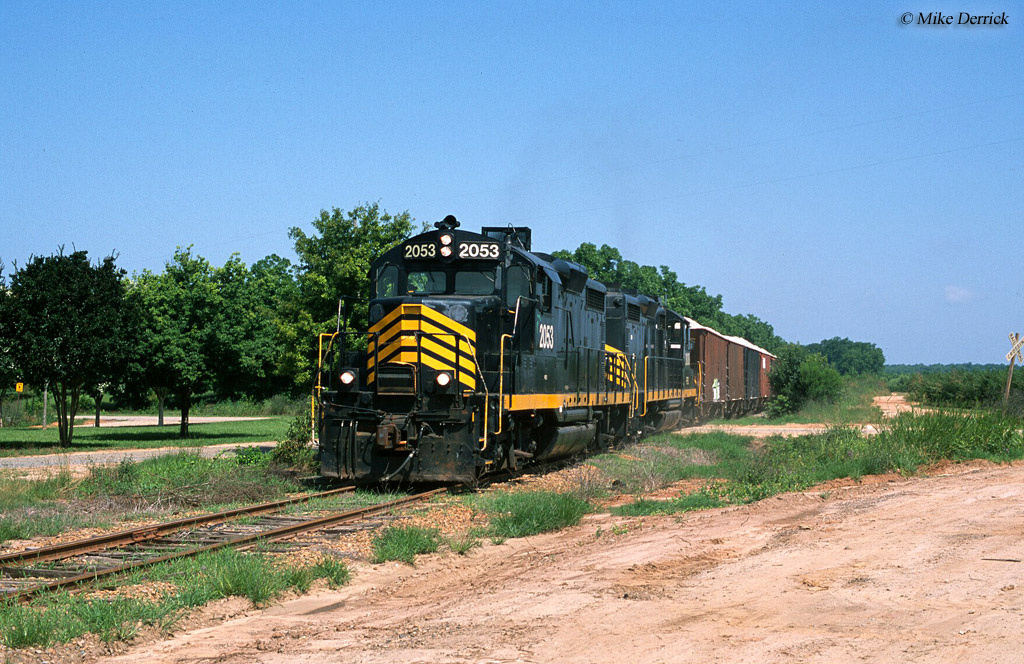 Georgia Southern Railway GP20 #2053 and a mate pull a string of loaded sand near Lee Pope, Georgia during June of 2013. Mike Derrick photo. 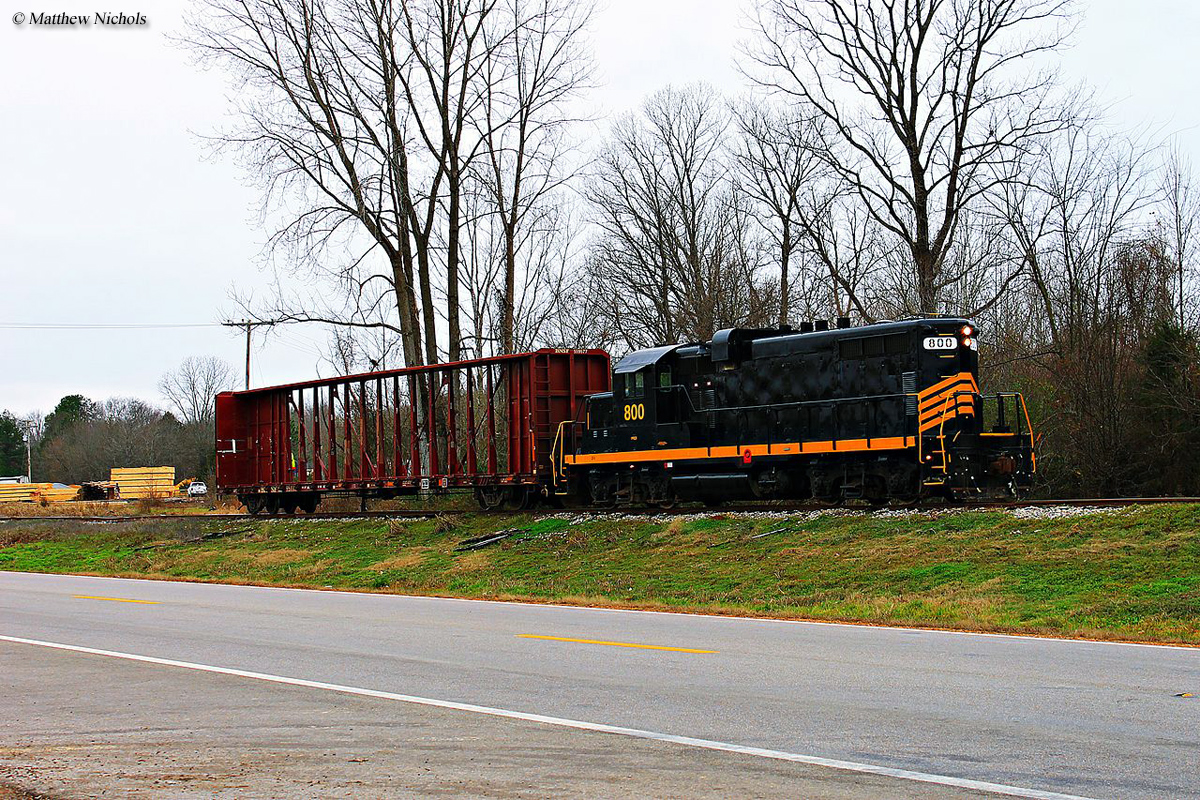 Other properties acquired during the 1990s include:

During the 2000s Pioneer RailCorp has continued growing its portfolio by adding: 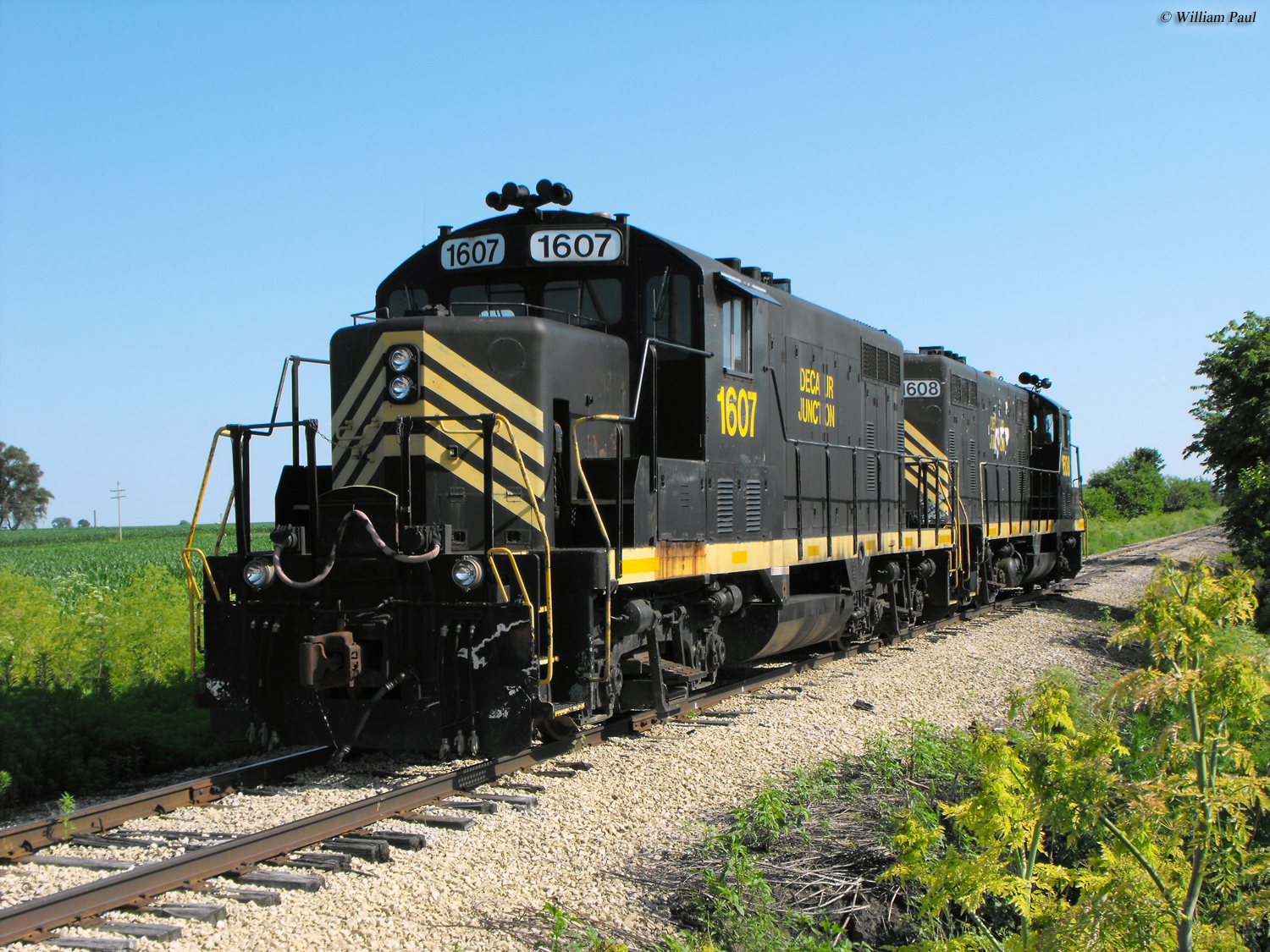 Finally, there was the addition of the Napoleon, Defiance & Western in late 2012.  This property was previously known as the Maumee & Western, operating on the former Wabash main line between Woodburn, Indiana and Liberty Center, Ohio.

Many moons ago it was part of Wabash's 5th District through route from New Haven, Indiana to Toledo, Ohio and with very little maintenance performed on the property in the last half-century trains crawled along on trackage described as the worst in the country.

However, with still several shippers online, and other potential business available, Pioneer purchased it and has since performed significant rehabilitation replacing numerous rotten ties, laying new ballast, and swapping out broken rail segments.

In 2013 Pioneer's founder, Guy Brenkman, passed away but the company continues to provide top-notch, customer-focused service along all of its properties.  To learn more please visit Pioneer's website for information about employment and potential job openings.