The Arcade and Attica Railroad is an interesting little line that has had a rocky history filled with disappointment during its early years of the late 19th and early 20th centuries.

As originally built the A&A was a narrow-gauge operation stretching more 59 miles that connected with much larger systems although the economies of this setup, and lack of a strong traffic base, eventually forced the company into bankruptcy on more than one occasion.

For anyone interested in history a thorough study of this company it is a fascinating tale of hopes, bankruptcies, and rebirth.

It was originally intended to serve local dairy farms, then had dreams of handling Pennsylvania's booming oil industry until finally settling into a short line role by World War I in which it remains today.

The current A&A system operates about half of its original network, which was abandoned following flooding below Attica in the 1950's.

The company has also been able to stave off further financial disasters since that time although it was not always easy. As freight revenue began to dry up following World War II the railroad turned to excursion trains, which have been quite successful since they were implemented in 1962. 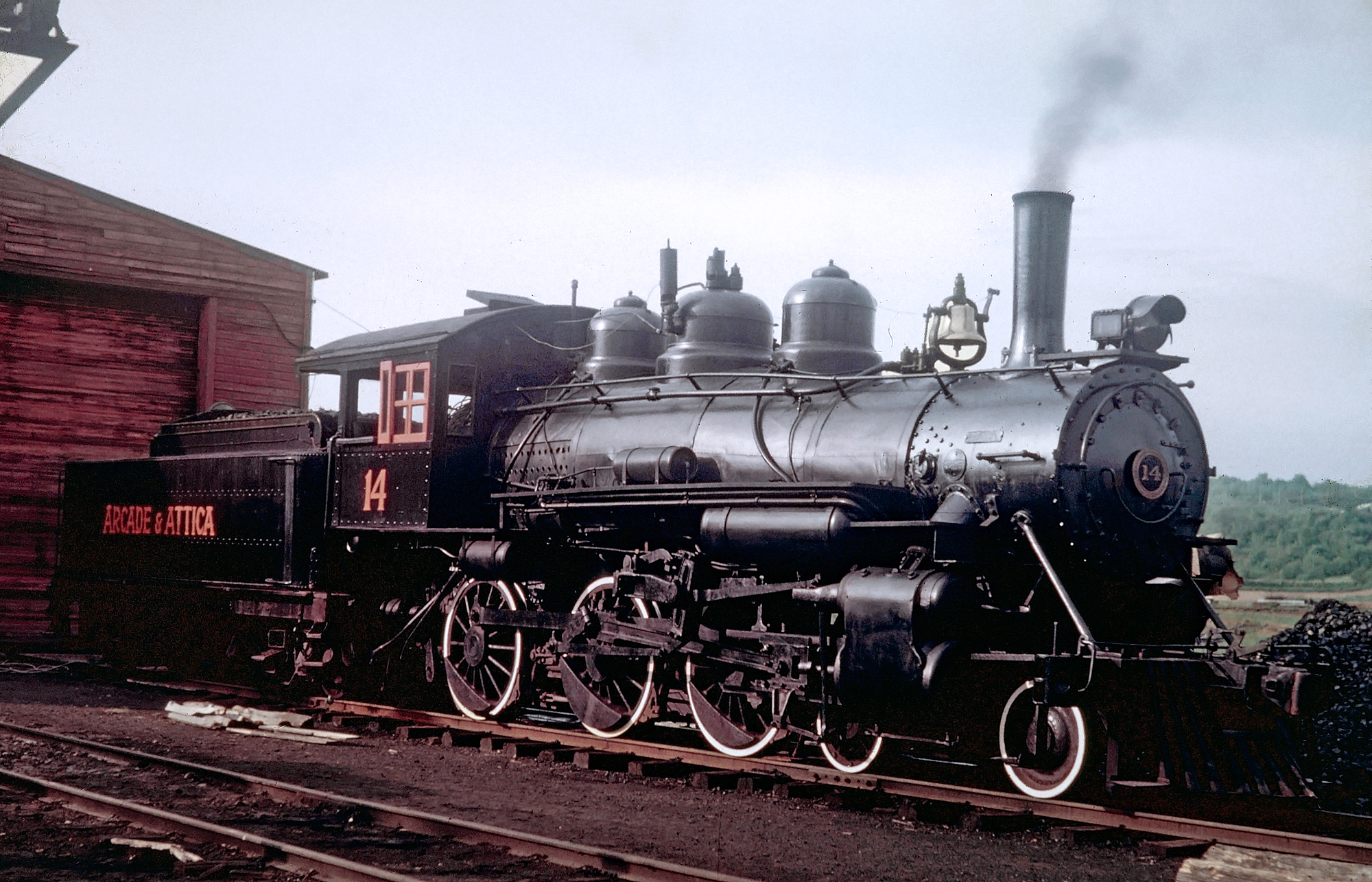 The earliest history of a railroad connecting Arcade and Attica, New York dates to the chartering of the Attica & Sheldon in 1836 as a means of serving the area's farming and agriculture industry.

This company ultimately never made it off of paper.  The first serious effort began in 1852 when the standard-gauge Attica & Allegheny Railroad was formed to connect Buffalo with Pittsburgh via Arcade and Attica.

Its principal business was expected to be coal, shipped north to Buffalo.  The railroad managed to acquire the right-of-way, grade the property between Arcade and Attica, install bridge abutments, and purchase rail before going bankrupt.

It was sold under foreclosure on February 2, 1856.  Next was the Attica & Arcade Railroad (A&A) formed in 1870 as a standard-gauge road to complete the Attica & Allegheny efforts.  Unfortunately, the financial panic of 1873 ended these dreams.

By 1880 the narrow-gauge movement was well underway, perceived as a cheaper alternative to standard-gauge operations through lower construction and operating costs.

On April 5th that year R.N. Farnham (a director of the old A&A) formed the Tonawanda Valley Railroad and was able to open to 19 miles from Attica, where a connection was made with Erie's Buffalo Branch, to Curriers on September 11th that year.

Following continued work and efforts the line had reached Arcade (26 miles) on May 16, 1881 (via a subsidiary known as the Tonawanda Valley Extension Railroad).

But this was only the beginning as promoters had greater aspirations of tapping into the region's booming oil industry as well as opening a new connection with the Erie (as well as the the 3-foot Bradford, Eldred & Cuba Railroad).

What was known as the Tonwanda Valley & Cuba Railroad (TV&C) was chartered on July 14, 1881 and all properties were subsequently merged into this new company.

On September 11, 1882 the TV&C reached Cuba and its greatest length (59 miles).  Alas, it could not have came at a worse time as the oil industry collapsed later that year. 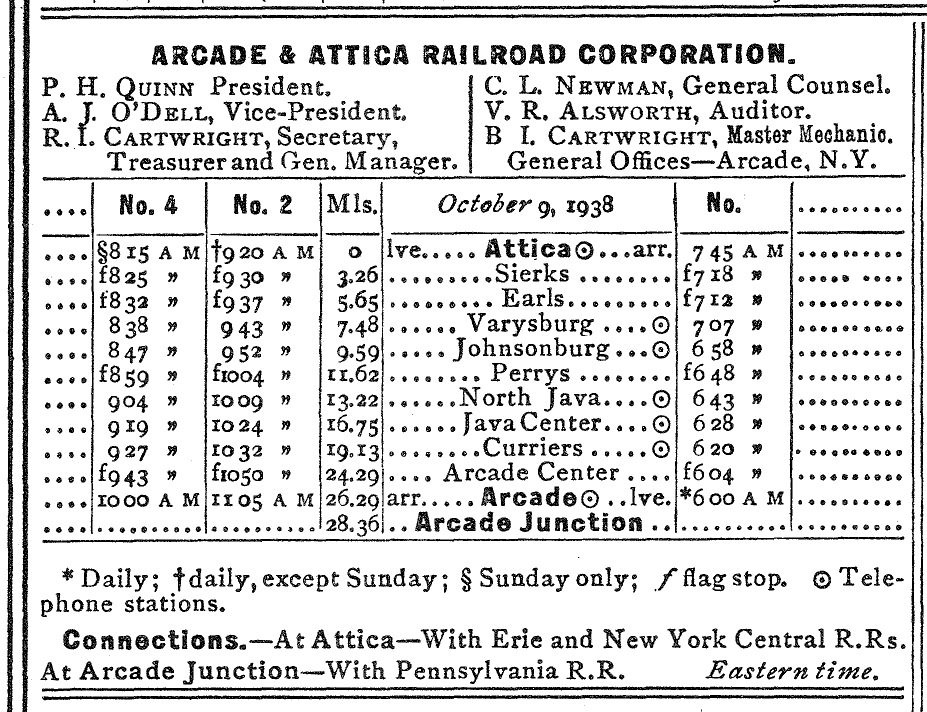 An official 1938 timetable of the Arcade & Attica Railroad. Author's collection.

The company subsequently went into receivership on November 29, 1884.  Afterwards, the property went through a series of failures and name changes.

In addition, track conditions were so bad that trains only ran intermittently.  Finally, on January 19, 1891 the railroad was sold for $33,000 upon which time it became known as the Attica & Freedom Railroad.

The new A&F intended to operate only the Attica-Sandusky segment but it too saw little success and within a few years fell into bankruptcy.

On October 13, 1894 the property was acquired by Spencer Bullis who worked in the lumber industry.

He reorganized it as the Buffalo, Arcade & Attica (BA&A) and began to standard-gauge the line; the first segment (Attica-Curriers) was completed on January 9, 1895 with the remainder finished by December 1st.  Service commenced the following month. 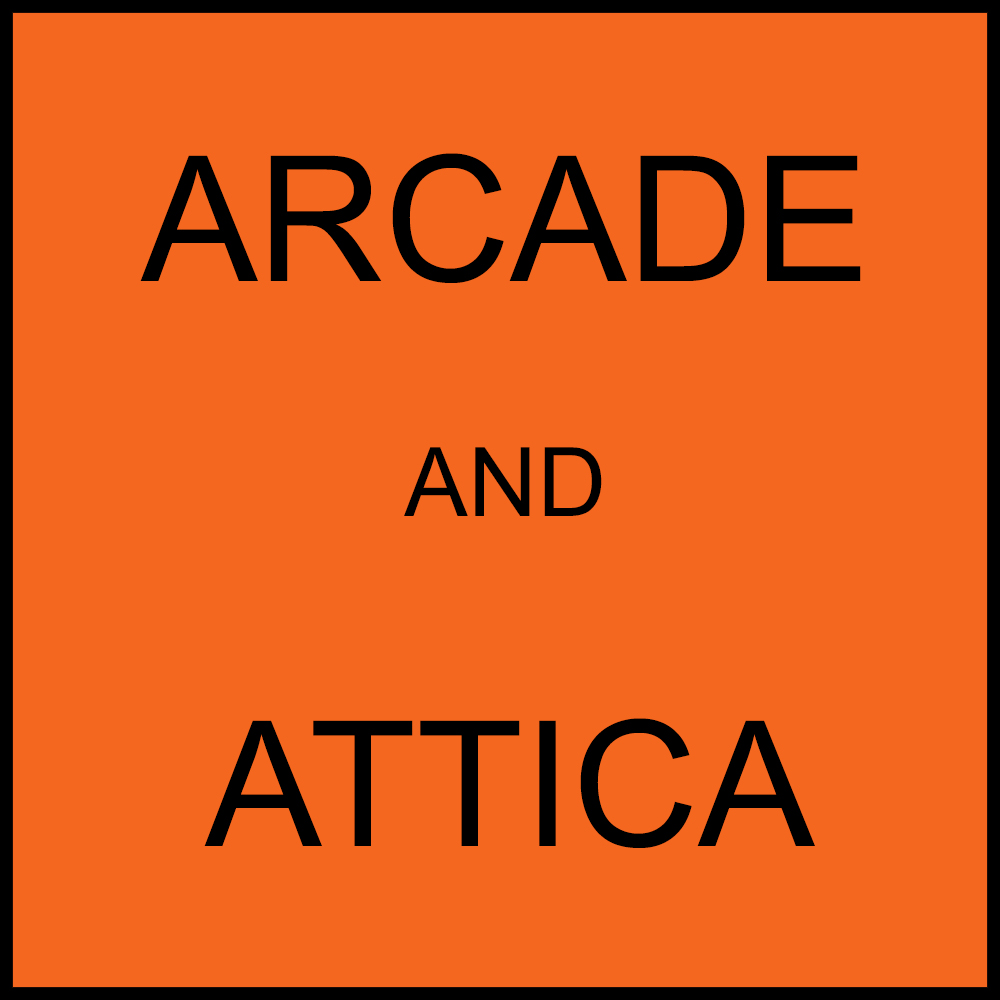 It was under Bullis's direction that a southern interchange point was opened; completed in 1897 the BA&A opened a 2-mile connector from Arcade to Arcade Junction with the Pennsylvania Railroad, which became its primary outlet.

Collis, unfortunately had little success with the operation as well.  It was sold in 1904 for $75,000 to Frank Goodyear as a subsidiary of his ambitious Buffalo & Susquehanna Railway.

The B&S ultimately failed in 1910 (and eventually became a part of the Baltimore & Ohio) and the BA&A was spun off.  It continued to operate independently until going bankrupt again in March, 1917 and emerged on May 23rd as the Arcade & Attica Railroad.

The property was saved largely thanks to the local farming industry and area businesses.  Of particular note was the Merrell-Soule Company (a milk processing plant), which raised a large sum of money to save the route for continued rail service.

Surprisingly, the privately owned A&A never had any serious financial troubles for many years, so much so that it never laid off a single employee during the tumultuous and unforgiving Great Depression of the late 1920s through the 1930s.

It began dieselization in 1941 with the purchase of a single General Electric 44-ton switcher, later adding another in 1947.

In 1951 the railroad ended remaining passenger services and money issues returned in the 1950s with a severe decline in freight revenue forcing the A&A's hand to remain solvent.

With no where else to turn management decided to try its luck as a tourist railroad purchasing a 2-8-0 Consolidation in 1962 (a year later they also added a former Escanaba & Lake Superior 4-6-0 ten-wheeler). 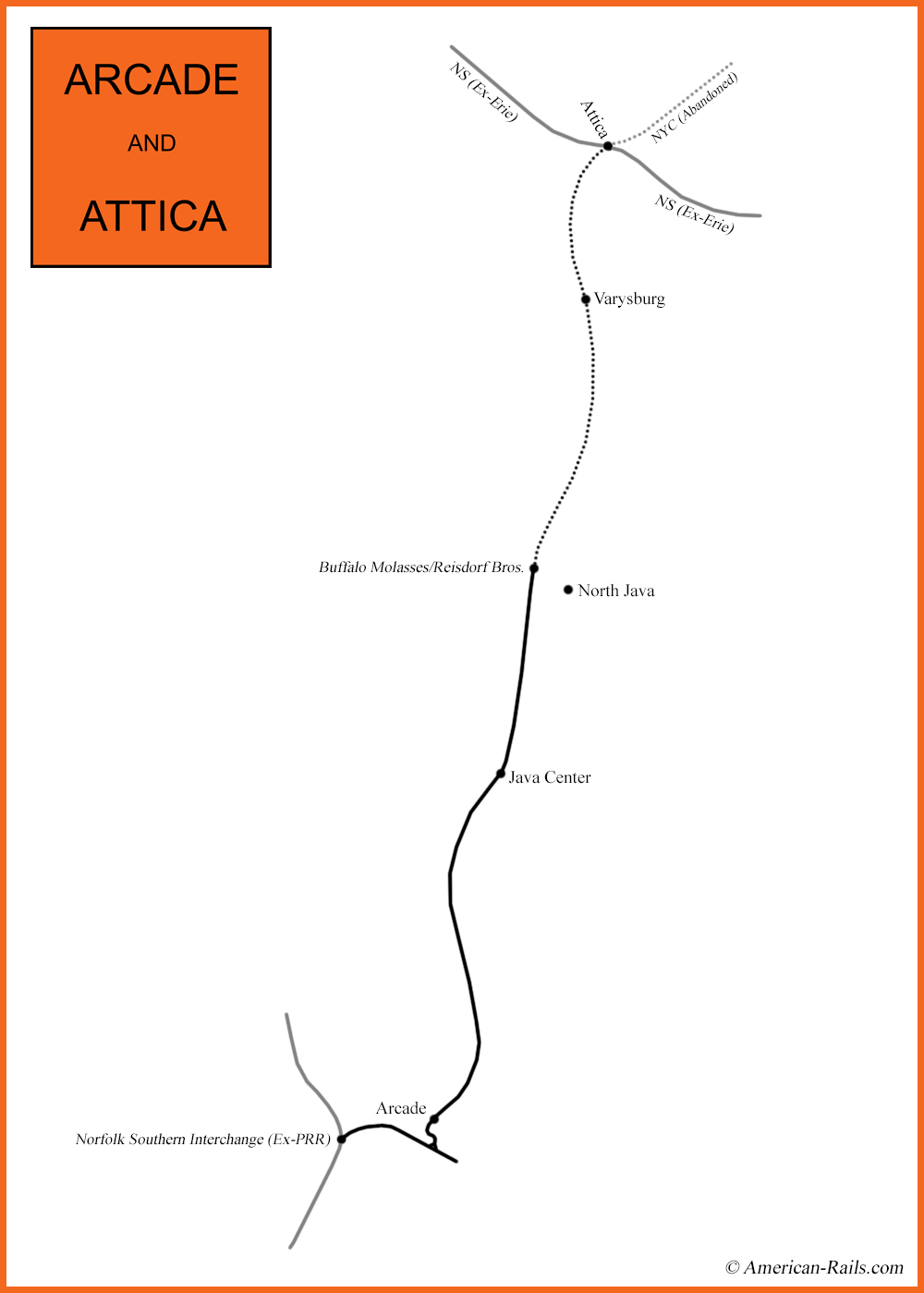 The late 1950s also saw the A&A's system nearly cut in half when Tonawanda Creek flooded on January 23, 1957.  Several hundred feet of right-of-way was ultimately washed away south of Attica.

The price tag for repairs was pegged at $79,000, too much for this small short line and it was forced to abandon the route between Attica and North Java.

Today, the company still operates the 14-mile Arcade-North Java section, which has been quite successful with its tourist operations, becoming one of the most popular in the country.

Currently, the A&A interchanges with the Norfolk Southern at Arcade where its principal freight includes lumber, soy beans, corn, fertilizer, and animal feed.

The star attraction on for visitors is 2-8-0 #18, which was the steam locomotive picked up in 1962 from the Boyne City Railroad.

It hosts excursions between May and October with holiday specials occurring during December.  Most recently, in October, 2014, the railroad picked up its most powerful diesel, an 80-ton switcher manufactured by General Electric.