The Alton and Southern Railway (reporting marks, ALS) is a historic short line terminal/switching operation based in East St. Louis, Illinois and is currently owned by the Union Pacific.

The little railroad has a unique and interesting history to say the least, which dates back to the early 20th century when it was originally constructed by a private aluminum manufacturer.

For those rail historian aficionados out there you may notice the railroad’s emblem looks oddly familiar, this is because it is a hybrid of that of its former owners, the Missouri Pacific and Chicago & North Western.

Furthermore the railroad’s paint scheme is a blend of both the MoPac and North Western and interestingly the UP continues to hold to tradition, allowing motive power to still to be adorned in the fascinating livery.

Today, the A&S, is wholly owned subsidiary of Union Pacific but largely operates as an independent carrier.  While the railroad is relatively small, serving the East St. Louis area, the significant rail traffic throughout the region makes it a vital operation.  In addition, its status as a terminal line helps to efficiently move freight through the region. 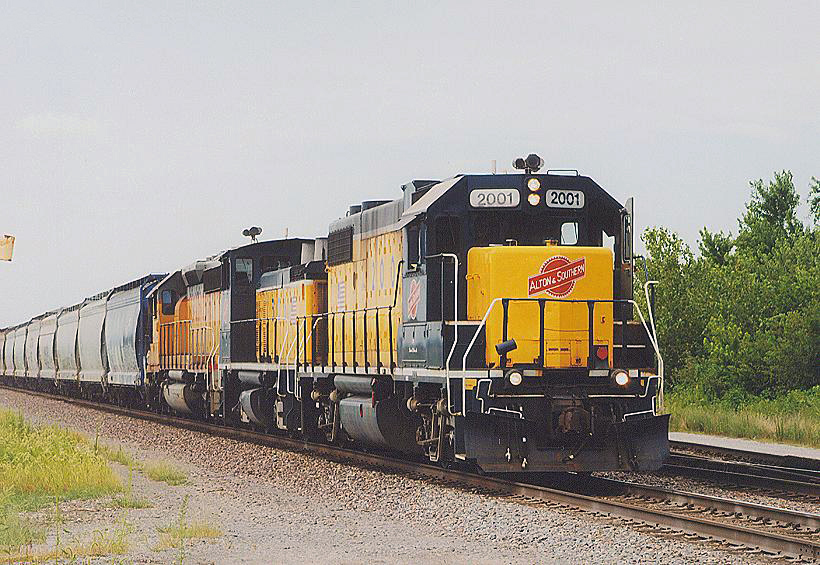 So, to fix this problem the company simply created its own railroad, incorporating the Alton & Southern Railroad Company in 1910.

Located on the Illinois-side of the city in a community known as Alorton, the aluminum plant constructed the railroad to a connection with the St. Louis & Belleville Electric Railway located to the east, which would provide it with direct interchange to bypass the Southern.

The StL&BE was a subsidiary of interurban East St. Louis & Suburban Railway and mostly provided freight service to the locale area.

In late 1910 after the A&S had completed its initial main line the Aluminum Company chartered the Denverside Connecting Railway on November 23rd to construct a 5 mile line to the east where it could connect with the Illinois Central at Fox Junction.

Such a move would not only improve their ability to interchange traffic but also increase shipments of bauxite to the plant.

A year later it incorporated a third railroad, the Alton & Southern Railway on November 1, 1911, which was meant to provide a northern connection to the St. Louis & O’Fallon Railway at an interchange located near what is today St. Clair Avenue.

To better streamline operations the Aluminum Company the Alton & Southern Railroad in the summer of 1913 to manage and oversee all three smaller lines. 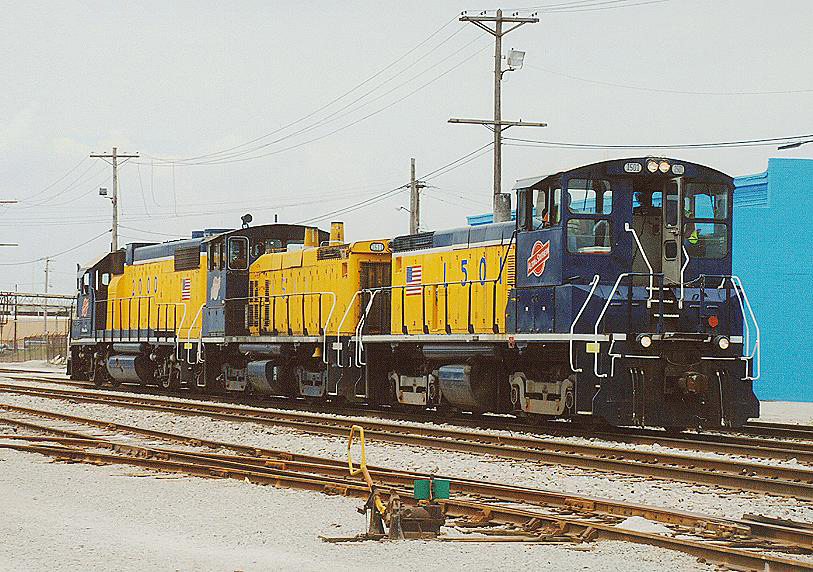 In the coming years the little A&S became quite a terminal operation around East St. Louis.

As it continued to head northward it gained connections to other systems like the Chicago, Peoria & St. Louis Railroad (later part of the Chicago & North Western system) and Springfield & Peoria Railroad (another C&NW predecessor).

In 1925 it reached its northern terminus at Mitchell, Illinois some 20 miles north of the plant at Alorton. Here the railroad gained new connections with the Wabash Railroad and Chicago & Eastern Illinois.

In the mid-1960s then-Alcoa decided to sell the Alton and Southern Railway after it closed its plant at Alorton.

Interestingly, just a few years before this the A&S had completed a major infrastructure project, Gateway Yard, which included a fully operational hump facility.

In 1968 the railroad was split between the Missouri Pacific and Chicago & North Western, thus giving the A&S it's now classic logo. 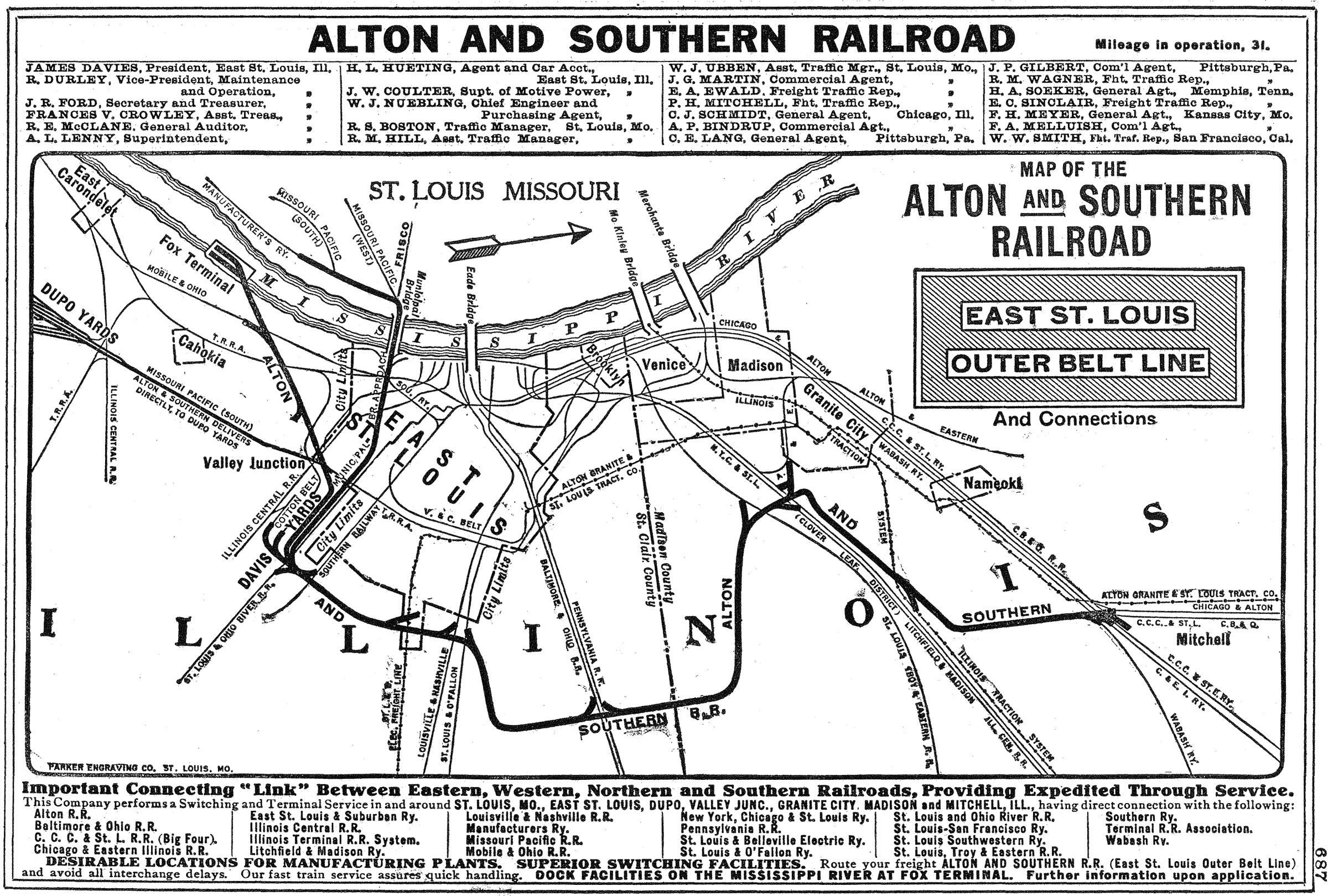 In the early 1970s Southern Pacific subsidiary St. Louis Southwestern Railway purchased the C&NW's ownership of the terminal line and remained owner until Union Pacific's purchase of the MP in 1982, and later the SP in 1996.

Currently, most of the Alton & Southern's motive power consists of switchers although it does roster two road-switchers, GP38-2s. In any event, their entire fleet is currently EMD products. 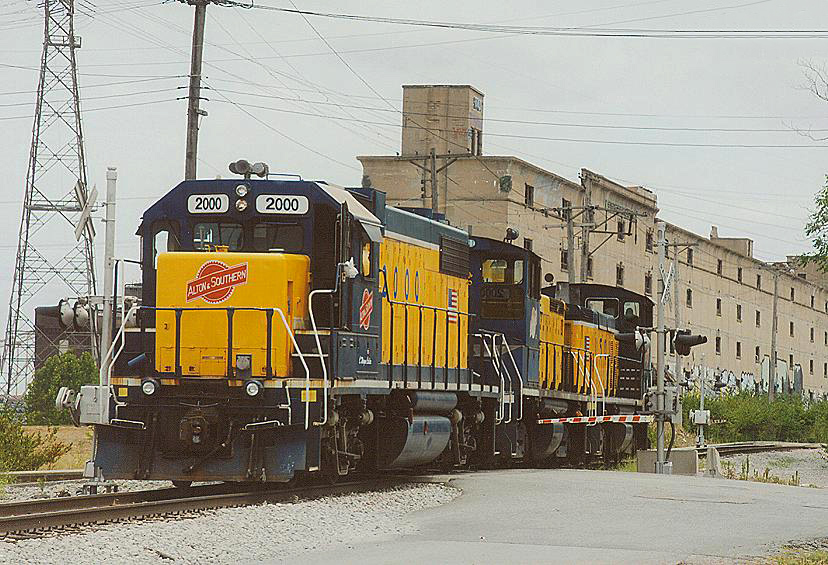 The same units as seen above pass through St.Louis on their way back to Gateway Yard. Doug Kroll photo.

While the Alton and Southern Railway today still has numerous interchange partners at one point it had many, many more.

For instance, before the mega-merger movement it interchanged traffic with: