The Chesapeake and Albemarle Railroad (reporting marks, CA), based out of Ahoskie, North Carolina is a short line operating in the southern Virginia and northeastern North Carolina regions.

The railroad, now part of the Genesee & Wyoming family of shortlines, was started in 1990 when it leased a Norfolk Southern line through the Class I’s Thoroughbred Shortline Program.

It's interesting that despite the railroad operating through a region that is mostly farm country, its traffic base is made up entirely of other freight.

Today the railroad operates a little over 70 miles of trackage between Chesapeake, Virginia and Edenton, North Carolina on a route that was part of the original Norfolk Southern Railway's main line, which once connected the Norfolk area with Charlotte.

The original NS served much of North Carolina, stretching from the northeastern corner at Elizabeth City, west to Charlotte via Raleigh/Durham.

The system, albeit only regional in nature, was fairly successful handling both through freights and local agricultural business to the east.

It was acquired by the Southern in the 1970s and merged out of existence with the creation of today's Norfolk Southern. 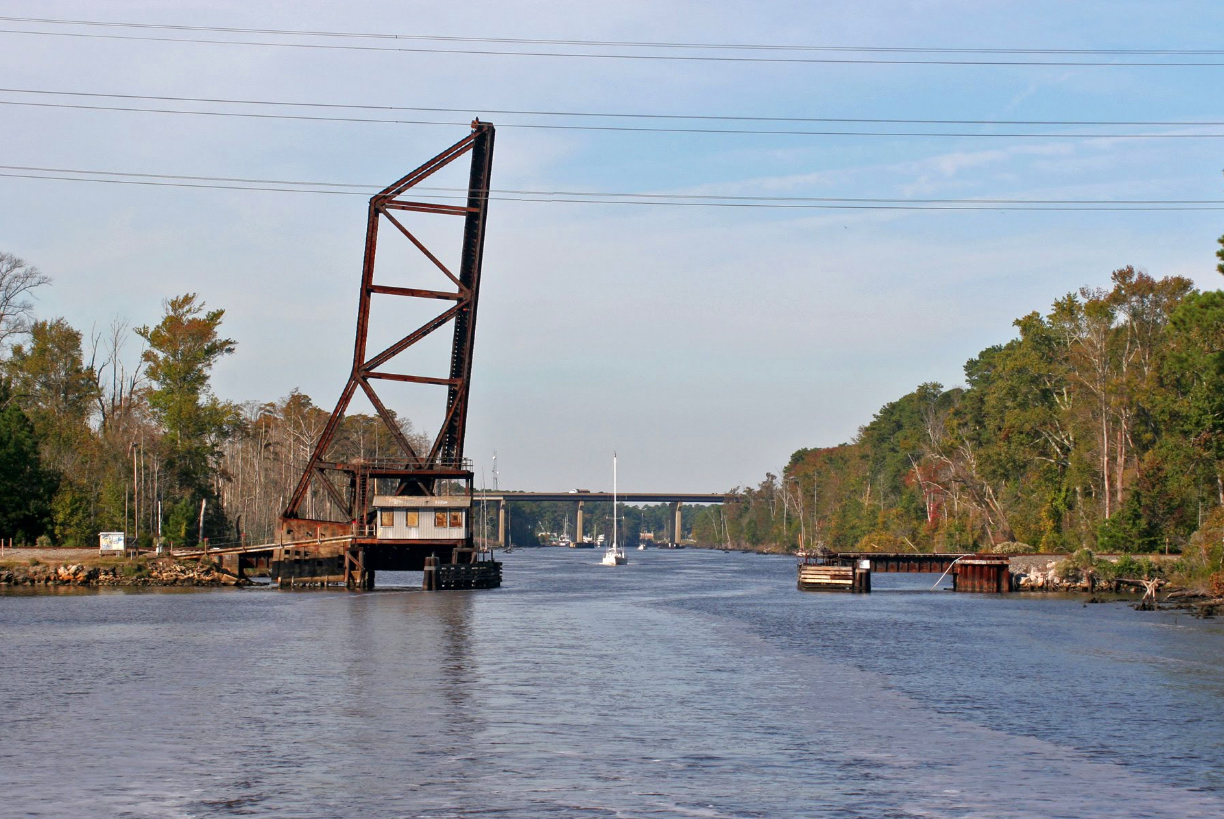 While the Chesapeake and Albemarle Railroad has its roots dating back to the Southern Railway, its trackage, prior to 1974, was owned by the original Norfolk Southern Railway.

This line had operations based in eastern North Carolina with lines running as far south as New Bern and as far north as Norfolk/Virginia Beach, Virginia.

The NS also had lines stretching to the west reaching Raleigh, Durham, Fayetteville, and Charlotte. The line which the C&A would come to operate was part of the original NS's main line from Norfolk to Raleigh.

More of linear route which stretched all of the way to Charlotte with few branches the Norfolk Southern became a well known entity in the state of North Carolina.

It dated as far back as the Elizabeth City & Norfolk Railroad of 1870 although it was named the Norfolk Southern Railway in 1881.

As the decades progress the NS continued to expand is system reaching east-central North Carolina (near the coast) in the very early 20th century.

Its reach to the west of Chocowinity occurred roughly after 1910 when it began purchasing smaller lines, which eventually allowed it to reach Wilson, Raleigh, Durham, Fayetteville, and Charlotte.

The company retained this name for the next three decades, until its purchase by the giant Southern Railway system in 1974. 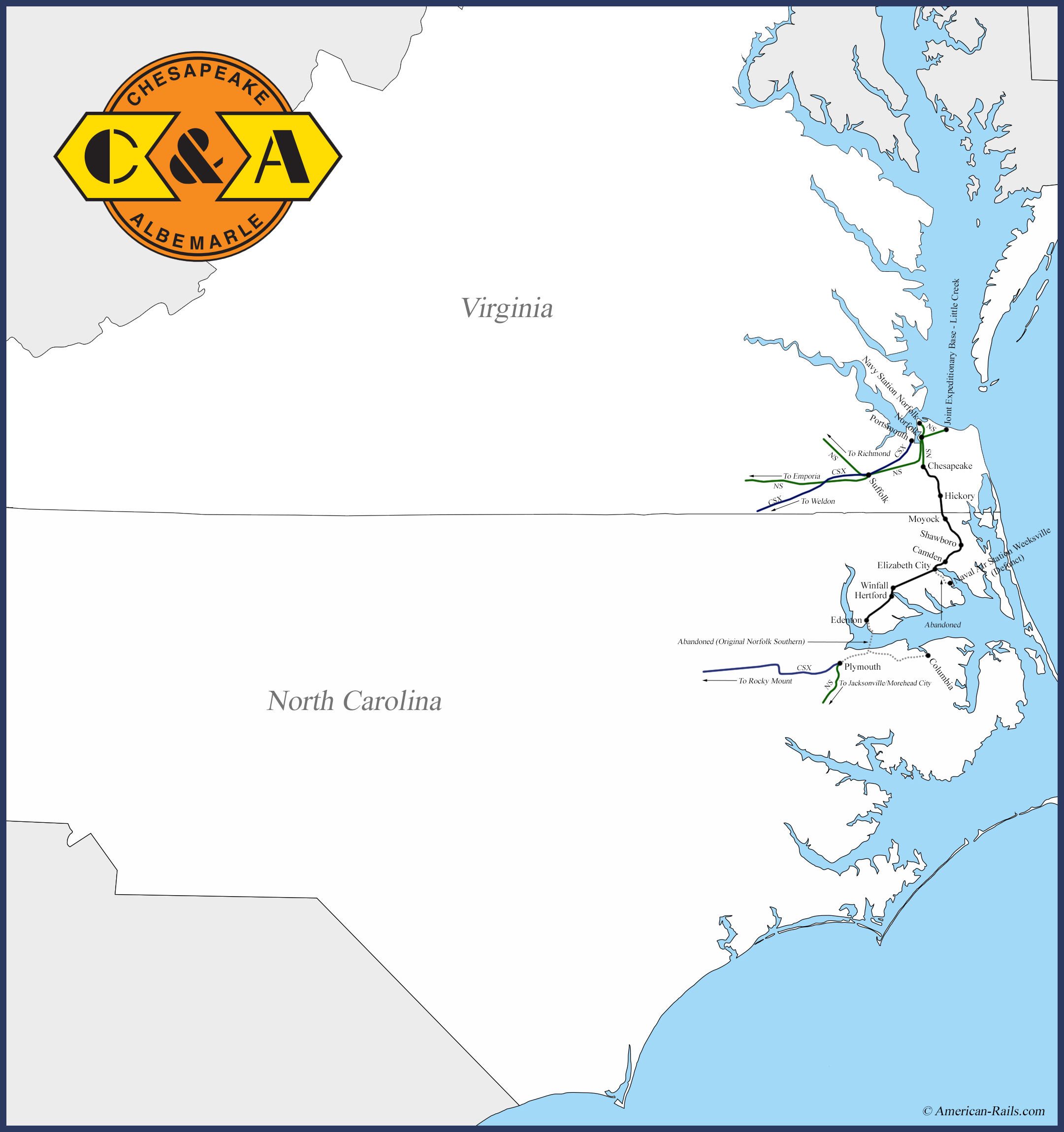 In an interesting twist, when the Southern wished to merge with the Norfolk & Western in 1982 the company had to dissolve the original Norfolk Southern name so it could be used for the new Class I's title.

If you would like to learn more about the original Norfolk Southern's history please click here (the page also includes full roster information and a system map).

By the late 1980s the new NS was looking to shed itself of low-density branch lines and part of this was the former Norfolk Southern lines in eastern North Carolina.

The railroad had recently created the Thoroughbred Shortline Program in 1988, which allowed it to retain ownership of lines, leasing them out to other operators. 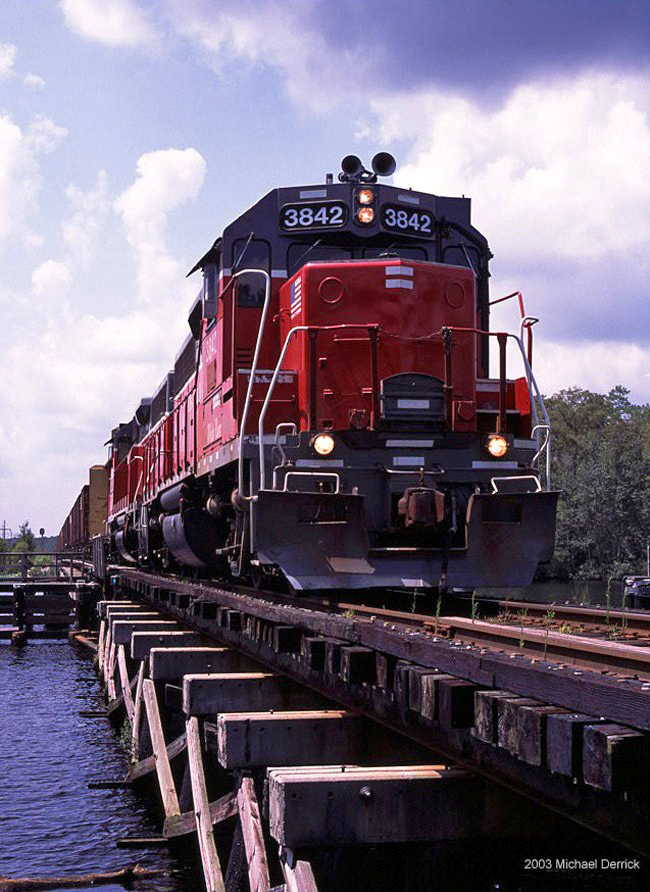 Chesapeake & Albemarle GP38M-2 #3842 leads a northbound freight just north of Elizabeth City as it crosses the Pasquotank River in the summer of 2003. Mike Derrick photo.

If these new short lines demonstrated that they could successfully serve the remaining customer base, and even add new business to the line, then the program called for eventually offering the route for sale.

It proved to be a highly successful practice and nearly all of the short lines created through the program still operate today. 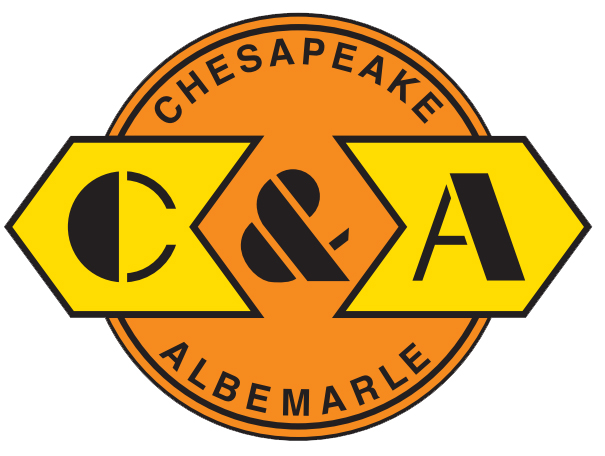 The Chesapeake and Albemarle Railroad was created in 1990 through the program and was one of RailAmerica's first short lines, operating about 73 miles of the original NS between Edenton, North Carolina and Chesapeake, Virginia (near Norfolk) where it interchanges with Norfolk Southern and CSX.

Despite its modest length the railroad currently has just a few locomotives due to the sparsity of customers along the route (except for Elizabeth City there are no other towns of any size along the line).

The C&A is perhaps most famous for an incident in March of 2010 when human error allowed a locomotive to crash through a swing bridge spanning the Intracoastal Waterway south of Chesapeake resulting in a fuel spill and EPA fine. 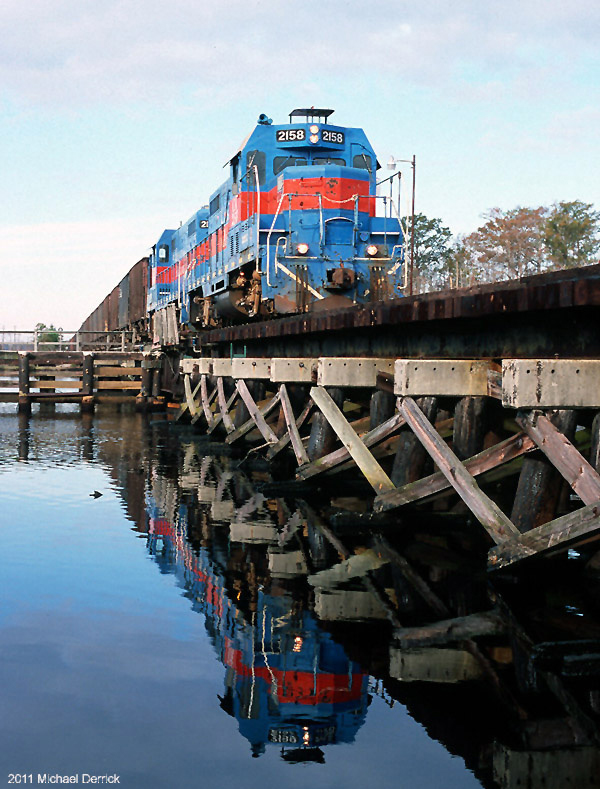 The biggest change to occur in recent times was the announcement in July of 2012 that Genesee & Wyoming would purchasing RailAmerica's portfolio of short lines. In any event, today, the railroad's primary traffic includes aggregates, lumber, chemicals, fertilizer, and transformers.

Having family living in the area (near Elizabeth City, North Carolina) I have have had a chance to catch this little railroad in action a few times.

While their schedule is somewhat sporadic typically you can catch a train running through Elizabeth City at least two or three times a week.

As mentioned above the railroad interchanges with three railroads, two of which are Class Is. These include CSX, NS, and shortline Norfolk and Portsmouth Belt Line (NPBL).