The Chesapeake Western Railway (reporting marks, CHW) was a bucolic shortline located within the heart of Virginia's Shenandoah Valley.

While the CW is technically still a subsidiary of Norfolk Southern it has not been an independently run operation since the mid-1950s.

The railroad had its origins dating back as a narrow-gauge carrier with intentions of stretching far into the Midwest but as with many similar projects money ran out.

The CW was created in the mid-1890s as a conventional coal hauler to West Virginia. However, these plans also fell through.

In its most well known layout the CW was a "T"-shaped system, which operated to the east, west, and south of Harrisonburg, its headquarters. In the 1950s it was acquired by the Norfolk & Western, which began operating the route as a wholly-owned subsidiary.

Interestingly, this setup continues to this day under NS as its Chesapeake Western Branch seeing significant traffic from the local agricultural industry. 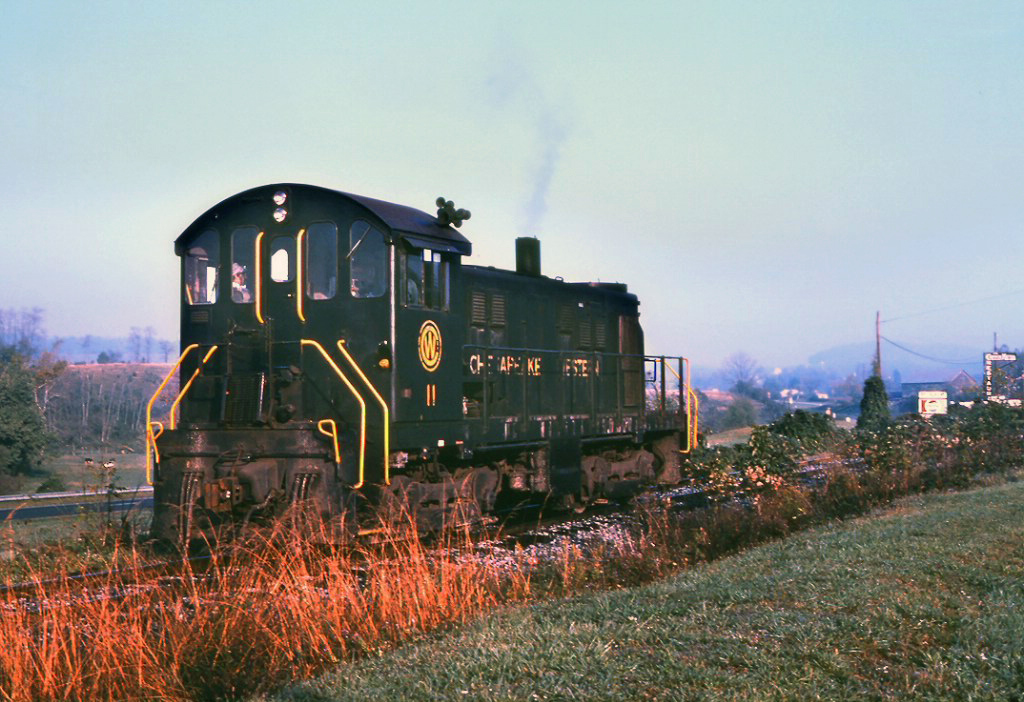 Chesapeake Western T6 #11 is east of Harrisonburg running light along the Elkton Branch near the town of Keezletown on a November evening in 1982. Rob Kitchen photo.

The history of the Chesapeake Western Railway dates all of the way back to the Washington, Cincinnati & St. Louis Railroad, which was chartered in 1871 as a narrow-gauge line to connect Washington, D.C. to the Midwest at Cincinnati, Ohio.

The route was to pass through Virginia's breathtaking Shenandoah Valley and connect Harrisonburg before continuing on through central/southern West Virginia and into southern Ohio.

Part of the line was graded around Harrisonburg but little more was accomplished.

In 1892 a version of the WC&StL was revived when several businessman chartered the Chesapeake, Shendun, & Western Railroad with the intentions of constructing a trunk line to reach the Mountain State's coal fields and move this traffic to a connection with the Chesapeake & Ohio Railway at Gordonsville.

The name was soon changed to the Chesapeake & Western Railroad, which used part of the old WC&StL graded route to open its initial 26-mile line on March 23, 1896 between Elkton and Bridgewater, passing through Harrisonburg.

In 1900, under new ownership by W.E.D. Stokes the company's name was changed to the Tidewater & West Virginia but renamed again just a year later in 1901 as the Chesapeake Western Railway. 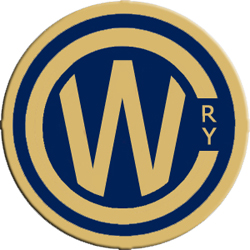 He kept the plans to push the CW further east and west; first was the western extension and in 1902 had completed a 13-mile line to Stokesville west of Bridgewater.

However, further expansion was precluded by the Allegheny Mountains unless serious financial backing could be found (a similar problem faced the company to the east at Elkton with the Blue Ridge Mountains a formidable foe). 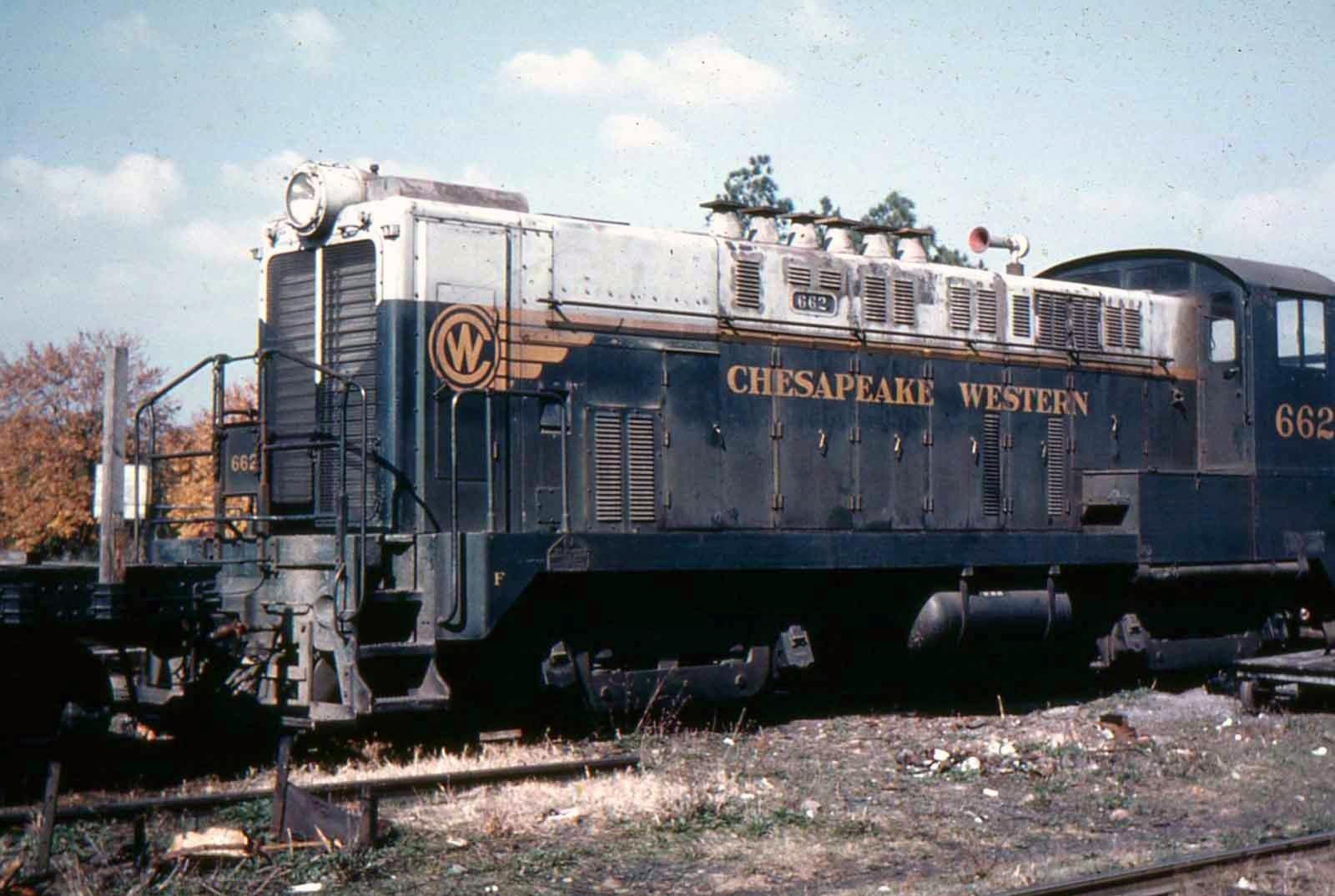 Here, the CW missed perhaps its only, true chance to become a major trunk.

Soon after opening its Stokesville extension Colonel Henry H. Rogers, major stakeholder in Standard Oil, attempted to purchased the 40-mile railroad and complete the route as intended by Stokes.

His monumental financial support, of course, would have allowed this to happen. However, while Stokes was willing to sell the route to Rogers his asking price was far too high and the oil magnate turned down the offer.

Undeterred, the colonel went out and chartered his own railroad, financed by himself; the Virginian Railway.

This line turned out to be so well managed and extremely efficient hauling coal between West Virginia and the tidewater ports of Newport News/Hampton Roads that Norfolk & Western ponied up the cash and bought out the Virginian in 1958 just to remove the competition.

In any event, with the Chesapeake Western Railway's efforts to become its own trunk virtually an impossibility and a stiff main line topping at 2% between Harrisonburg and Elkton the company's owners were looking to sell the route by 1926.

That same year W.E.D. Stokes passed away although his estate continued to own the route for another 12 years. During this time management was handed over to Don W. Thomas, who eventually purchased the railroad himself on September 1, 1938, outbidding a Japanese scrap company that would have pulled up the entire line for salvage.

Under Thomas' direction the CW thrived, during the United States' worst depression. As early as 1932, the "Crooked & Weedy" as it came to be known by locals, began to see its financial situation improve.

In 1930 it had pulled up the western extension between Mt. Solon and Stokesville since the lumber and timber traffic from this region had played out. By 1933 it was further cutback to Bridgewater. 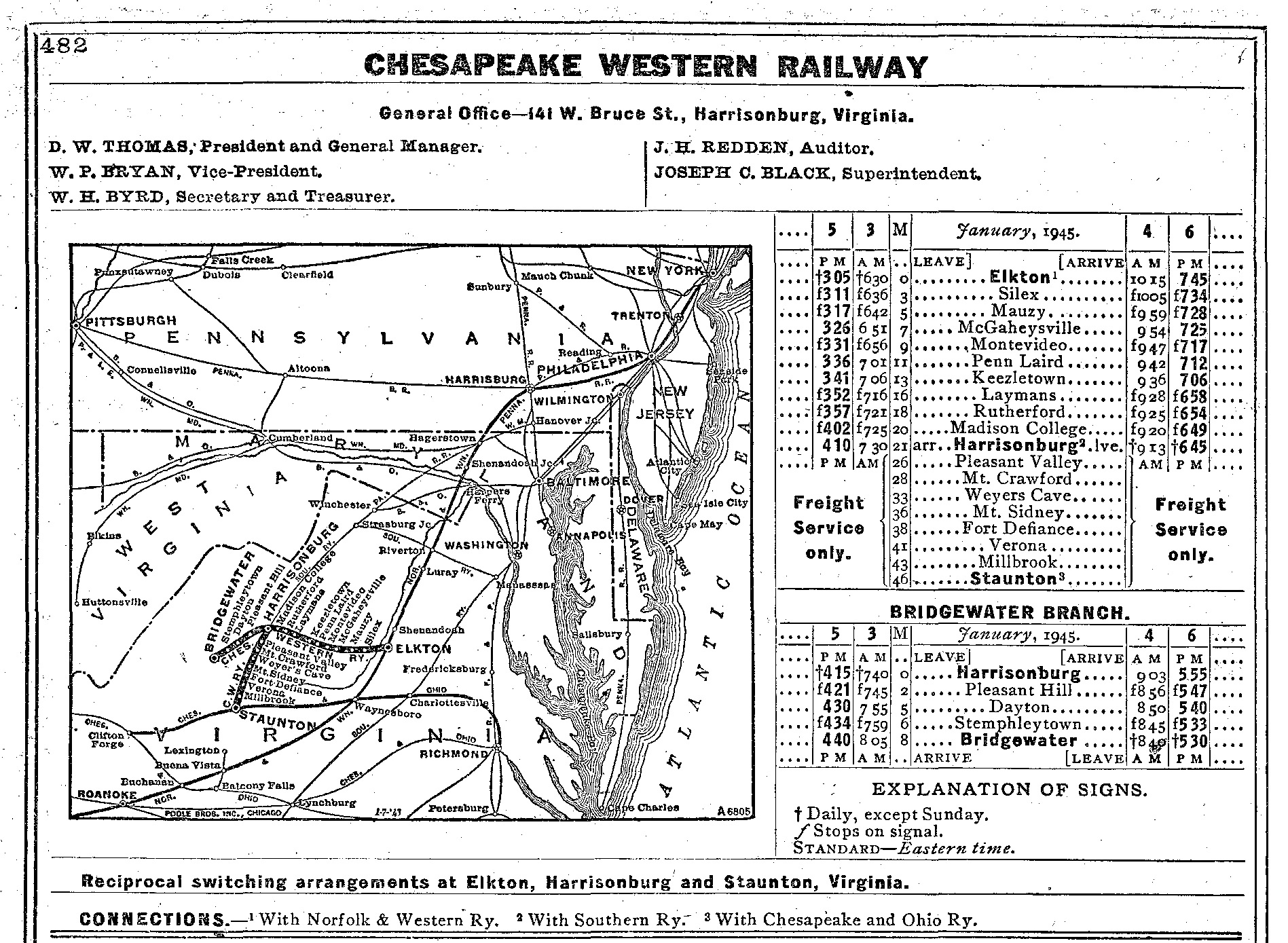 On January 1, 1943 the CW acquired the Baltimore & Ohio's remaining section of its Virginia Extension between Harrisonburg and Lexington down the Shenandoah Valley.

The B&O had acquired this route in the 1880s, which was built by the Shenandoah Valley Railroad (or just the Valley Railroad) and originally operated between Hagerstown, Maryland and Lexington.

Under B&O control the company hoped to extend the route to Salem, near Roanoke, and complete a connection with the N&W, which would have enabled it to funnel southern freight traffic bound for northern markets along its own lines.

Unfortunately, the railroad lost its lease on the SVRR in 1895 between Strasburg, Virginia and Harrisonburg, leaving it only an unconnected section southward to Lexington. Expensive to operate and seeing no future with this island railroad the B&O begrudgingly sold the route to the CW on January 1, 1943.

Soon after, the Chesapeake Western abandoned the section between Staunton and Lexington as it offered little online traffic.

By the end of World War II the company owned 53.5 miles of track. Harrisonburg was its not only its headquarters but also its main yard and engine terminal with a connection to the Southern Railway.

At Staunton the CW interchanged with the C&O's main east/west route and at Elkton it had a connection with the N&W. For much of its existence the road utilized 4-8-0 Twelve Wheelers, or Mastodons, as its primary motive power.

This changed in 1946 when three new Baldwin VO-660 switchers were purchased, which sported a blue/grey livery, to replace the steam locomotives.

In 1954 the CW was purchased by the N&W and operated as a separate subsidiary. Interestingly, today, this still remains the case under Class I Norfolk Southern although now the railroad is merely operated as an extension of that railroad. NS continues to see rather strong profits hauling agriculture products for the region's poultry industry. 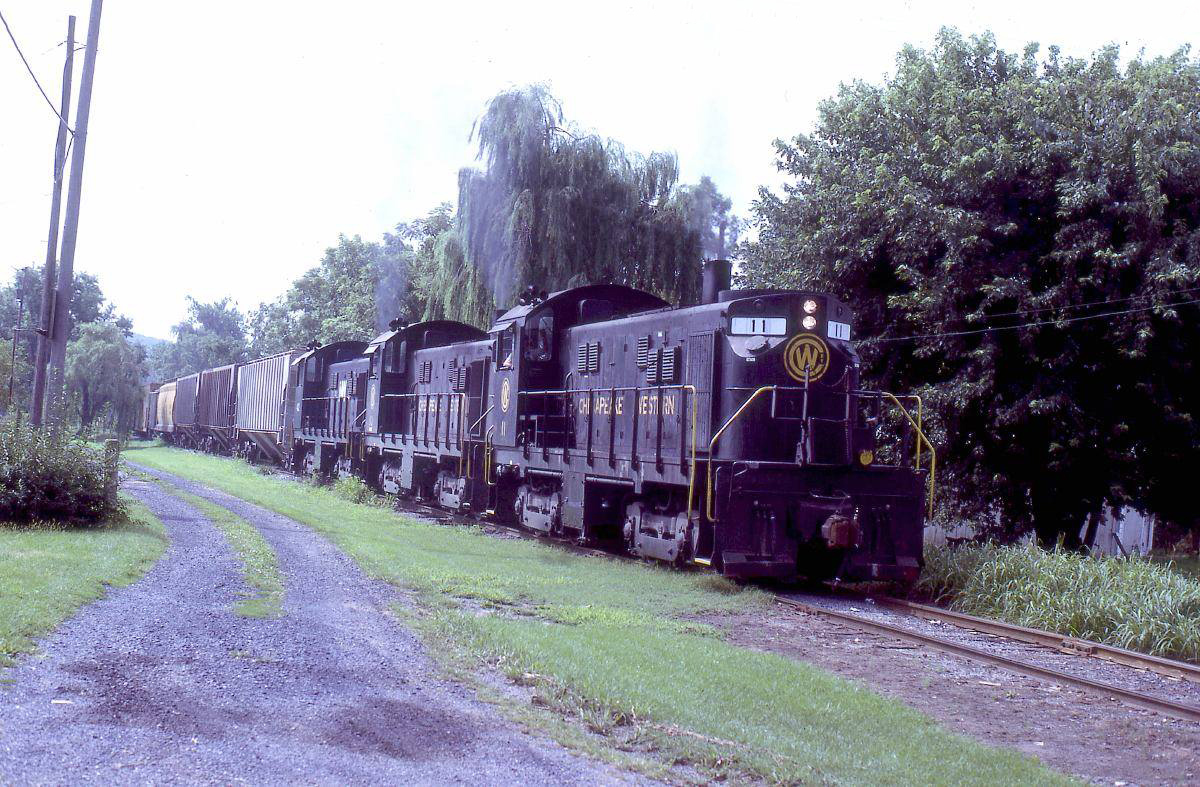 A trio of Chesapeake & Western T6's rumble through the small town of Keezletown, Virginia with a short freight on August 27, 1979. Warren Calloway photo.

Finally, to understand how the Chesapeake Western Railway got its nickname as the Robert E. Lee's Railroad one needs to go way back and look at the early days of Virginia's railroad industry.

Lee's only return into the public eye after the Civil War was as first president of the Shenandoah Valley Railroad mentioned above as he felt the company was important in not only growing Virginia's economy but also in its continued recovery from the effects of the war. His post was short-lived, however, as the B&O assumed control shortly after it began.

(Thanks to Charles Grattan Price, Jr.'s "Robert E. Lee's Railroad" from the June, 1949 issue of Trains as an important reference for this article.)