Few shortline spinoffs had such a promising start and slow, agonizing demise as the Indiana Hi-Rail Corporation (reporting marks, IHRC).

The IHRC began in the early 1980s acquiring a short, ex-New York Central branch in eastern Indiana. The railroad quickly became a railfan favorite for its large roster of Alco road-switchers, an oddity even for the 1980s.

From that point the road grew rapidly until within a few years it owned or operated more than 400 miles of track spread out across four states; Illinois, Indiana, Kentucky, and Ohio.

While a large system the IHRC relied heavily on agriculture and its lines were spread thin with customers. Additionally, the railroad predominantly inherited poorly maintained routes that had not seen significant track work for decades.

All of these factors resulted in a house-of-cards, so to speak, and the company quickly crumbled away in the early 1990s.

After mounting debt became too much to bear the IHRC entered bankruptcy and disappeared in the mid-1990s. Today, some of its lines are still in use although many were simply ripped up. 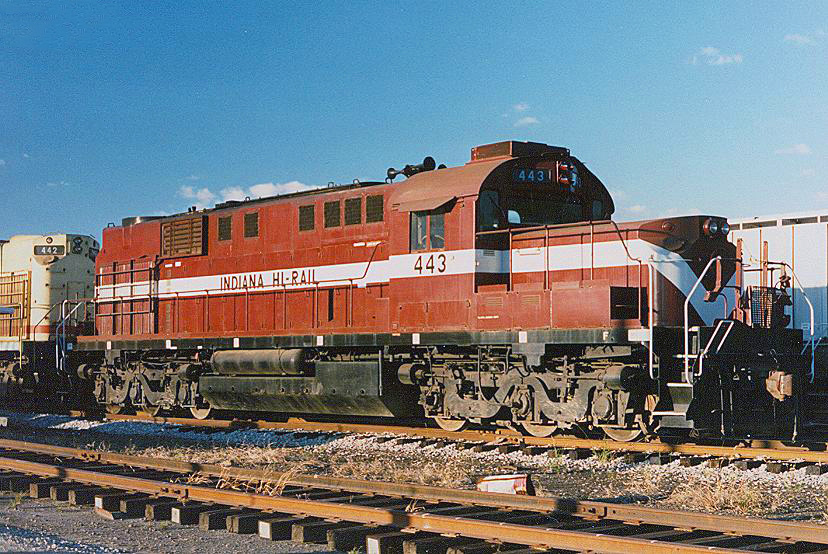 Indiana Hi-Rail RSD15 "Alligator" #443 and mate #442 (which had not been repainted) are seen here at the Evansville, Indiana yard on September 23, 1989. These fabled Alco's began their careers on the Santa Fe in 1960. Doug Kroll photo.

To understand the Indiana Hi-Rail Corporation, how operated, and the factors which ultimately led to its collapse its many districts, from Decatur, Illinois to Tiffin, Ohio must be examined.

In 1981 the IHRC began as a small, rather insignificant shortline system when it took over a former NYC branch line from Conrail which ran from a connection at Connersville, Indiana northward to Beesons.

This six-mile line served a Ford plant and grew by an additional 20 miles in 1989 when Hi-Rail added an ex-Nickel Plate Road branch to New Castle, purchased from Norfolk Southern (this was certainly its best-maintained line as NS had recently upgraded it with heavier rail, new ties, and ballast for 25 mph operations).

A major factor which allowed the IHRC to grow so rapidly in the 1980s was a Federal Railroad Administration (FRA) program which required an owner to first sell a line before abandoning it.

Not every line Hi-Rail operated in the 1980s was owned by the railroad, as some were contracted to it by local shippers that had purchased a section of trackage to retain rail service and spare it from being scrapped.

Interestingly, the railroad's affection for Alco road-switchers came from president Powell Felix who saw them as rugged locomotives that were relatively easy to maintain, rugged, and could pull about anything required.

The IHRC's locomotive fleet did not consist entirely of Alcos, though, as it also owned EMD GP7s, GP20s, GP35s, and a handful of SW1200s to perform switching operations.

Perhaps an unknown fact about the company was that its business did not consist only of moving trains but also rebuilding locomotives for lease and sale as well as leasing boxcars through a subsidiary the Indiana Boxcar Corporation. Still, freight by rail paid the bills and below is a look at most of its individual districts.

Tiffin-Woodville Line: This 25-mile line in Ohio was part of the former Pennsylvania Railroad's line to Detroit, purchased by a group of shippers from Conrail in 1990 its traffic included lime, particle board, and feldspar via three customers.

Maumee District: A 50-mile former Wabash route running from Liberty Center, Ohio southwestward to Woodburn, Indiana, acquired from Norfolk Southern in 1989 through its Thoroughbred Short Line program (five of its acquisitions came via this program).

The line primarily hauled food products although service was intermittent on an as-needed basis and conditions were so bad west of Defiance that the track was embargoed. 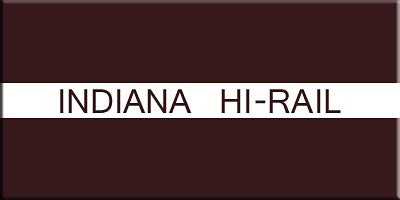 St. Mary's District: Located south of the Maumee District this 78-mile corridor ran from Douglas, Ohio to Van Buren, Indiana as well as from Lima to Glenmore, Ohio.

The former line was ex-Nickel Plate while the latter was once part of the Erie's Chicago main line and owned by local shippers.

The Nickel Plate line was picked up from the NS short line program in 1989 and hauled mostly grain although, again, poor track conditions embargoed the Douglas-Delphos section (7-miles) as well as the trackage between Van Buren-Warren (6-miles). The ex-Erie route was contracted out to the Hi-Rail in 1991.

Rochester District: This ex-NKP line was another acquisition through the NS program, via lease, and ran from Argos, Indiana southward to Peru. Once more, only about half of it was ever in operation with the route north of Rochester seeing little to no rail movements.

Connersville-New Castle Line: Already mentioned above it consisted of two separate purchases pieced together from Conrail in 1981 and NS in 1989. Because Connersville was where the Indiana Hi-Rail Corporation got its start the town was always the railroad's primary headquarters.

Huntingburg Cluster: Situated in southwestern Indiana these handful of branch lines were more acquisitions through NS running from Dubois south to Rockport Junction as well as splitting from Lincoln City and heading southeasterly to Cannelton.

By the early 1990s traffic on this section was rapidly falling although at the time consisted of ash, lumber, animal feed, and particle board. 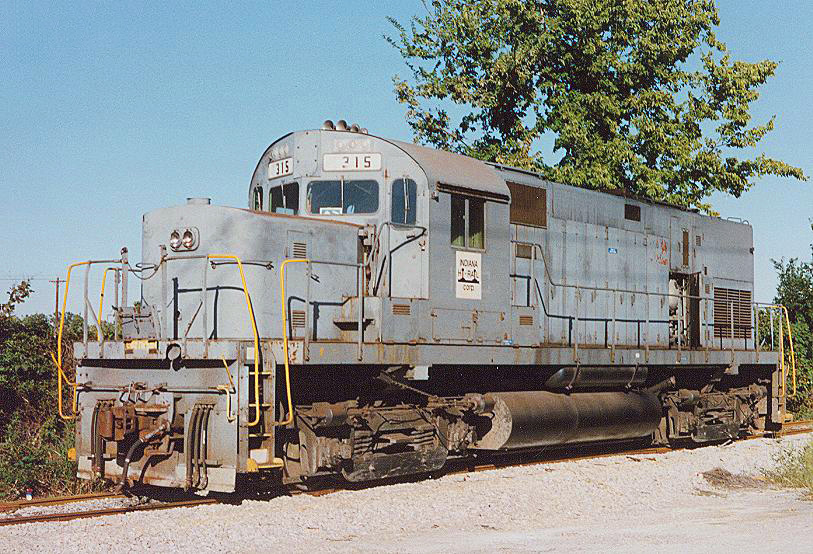 Alco C420 #315 is only patched to recognize it as an IHRC unit, seen here tied down in Henderson, Kentucky on September 23, 1989. The Century began life on the Louisville & Nashville in the mid-1960s. Doug Kroll photo.

West Henderson-Newton:  Despite poor track conditions this was easily Hi-Rail's most profitable corridor moving significant tonnage of grain, flour, coal, and coke from West Henderson, Kentucky northward to Newton, Illinois along with a branch from Owensville to Poseyville, Indiana that was operated by Hi-Rail under contract (the route also had the company's largest yard at Harwood).

This district was not entirely owned by the IHRC, though; north of Harwood the lines were former Illinois Central Gulf (the Owensville branch was ex-Chicago & Eastern Illinois) while the railroad used trackage rights via CSX southward to reach Henderson.

Unfortunately, a 1990 flood of the Wabash River near Grayville, Illinois washed out its major bridge over the waterway forcing the railroad to detour over CSX for nearly two years.

Sangamon District: Named for the river it runs near this section of ex-Illinois Central branches between Cisco, Decatur, and Assumption, Illinois was purchased by local shippers and grain elevators between 1981 and 1986, and contracted out to IHRC. The owners lost interest in how the railroad was running things and switched operators in 1992.

There were also three other lines the Indiana Hi-Rail Corporation either sold or was contracted to operate but lost after owners became dissatisfied with its service: 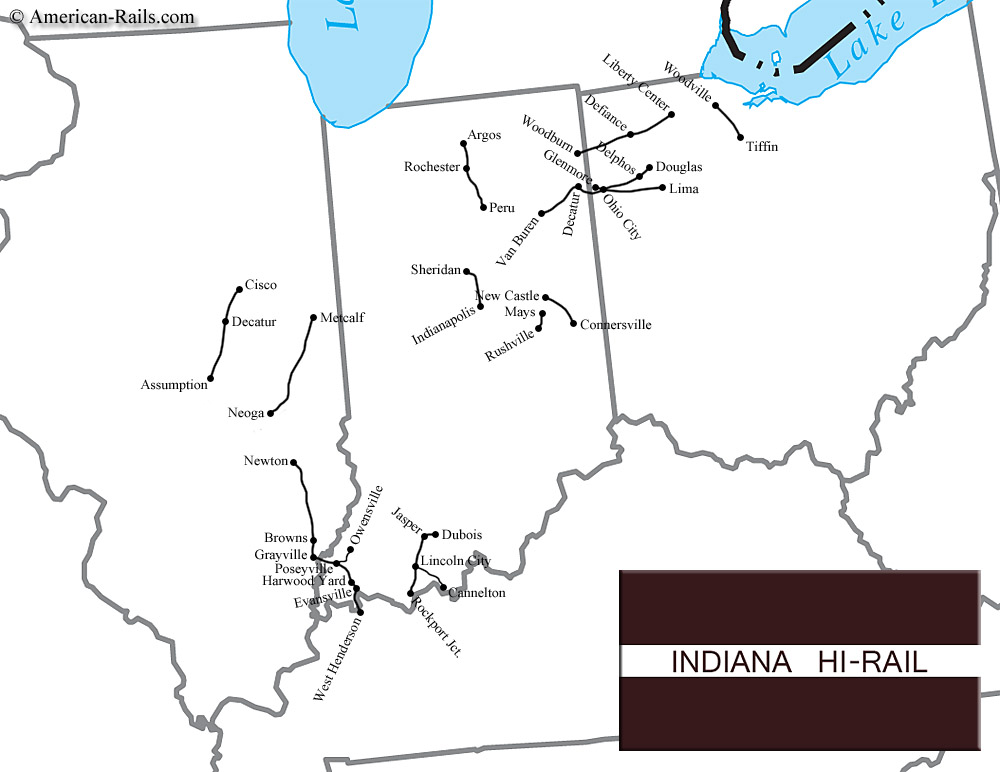 The Indiana Hi-Rail Corporation during its height. The company had a sound business plan but low-revenue commodities, like agriculture, coupled with severely maintained rights-of-way it had inherited caused the short line to fold. Author's work.

Despite its peak size of 461 miles, thirteen different districts it operated at one time or another, and achieving regional, Class II status the Hi-Rail had underlying problems.

Its relatively poor track was resulting in increasing shipper dissatisfaction which was caused not only in slow transit times but also numerous derailments on the frail infrastructure (this was the primary cause of some shippers ending their contracts with the IHRC).

By 1993 debt was mounting with almost daily derailments and unpaid bills for trackage rights over CSX and NS. Then, things worsened in 1994 when the railroad attempted to restructure by creating a subsidiary, the Sagamore National Corporation that would purchase most of the Hi-Rail trackage (398 miles) and spread its debt load.

The new company created two subsidiaries, the Wabash & Ohio and the Wabash & Erie to operate the various districts.


(A big thanks to "A Fitting Epitaph" by author Scott Muskopf from the June, 2011 issue of Trains as well as "It's Highball For Indiana Hi-Rail" by author Paul Schneider from May, 1993 issue as primary references for this article.) 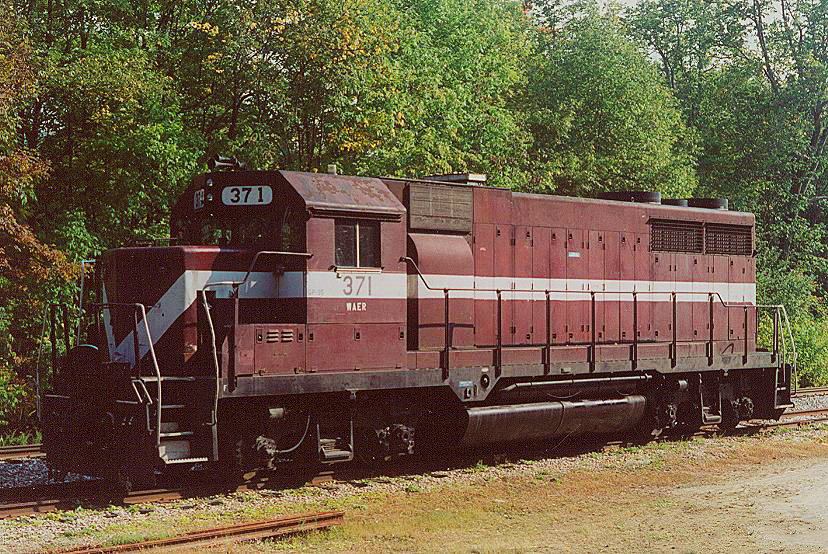 Indiana Hi-Rail GP35 #371. By the date of this photo on September 22, 2001 when the unit was tied down in Smithville, Vermont it had been leased to the Vermont Railway as the IHRC had been shutdown for nearly four years. Doug Kroll photo.

Unfortunately, the ICC found a conflict of interest as Sagamore and Hi-Rail used the same address and managers, breaking up the operation and returning the new shortlines back to the Indiana Hi-Rail Corporation.

While the company was very customer friendly and always willing to go out of its way to please shippers without millions in needed track upgrades it was fighting a losing battle.

On November 15, 1994 Hi-Rail filed for bankruptcy and unfortunately, the trustee overseeing the case was not kind to its properties selling off assets and abandoning/liquidating others to repay creditors.

By then about 283 miles remained of the original IHRC system.

The Indiana Hi-Rail Corporation disappeared forever on December 22, 1997 and by then about half of the mileage left had been ripped up (virtually all of it is gone in southern Indiana and Illinois) with the rest picked up by various shortlines.