The Paducah and Louisville Railway (reporting marks, PAL) is a regional operation based in Paducah, Kentucky that began operations in 1986 over ex-Illinois Central trackage.

Today it utilizes over 260 miles of railroad and is owned by P&L Transportation (previously known as Four Rivers Transportation), which itself is controlled by CSX Corporation (parent company to CSX Transportation, its railroad division).

Today, the P&L remains an important transportation artery in western Kentucky.  Thanks to its location, the railroad interchanges with several Class I's including CSX, Union Pacific, BNSF Railway, Canadian National, and Norfolk Southern.

It also connects with a handful of smaller lines including the Indiana Rail Road (Louisville), Fredonia Valley Railroad (Princeton) and Louisville & Indiana (Louisville). 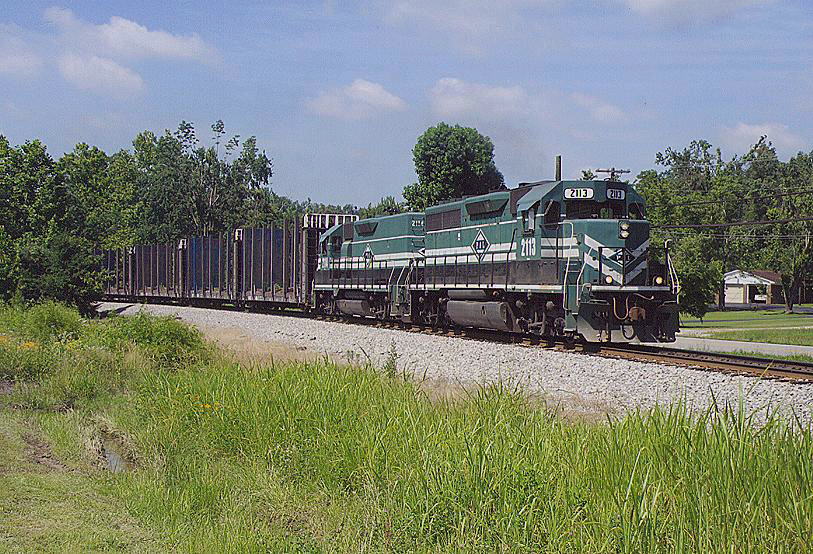 The history of the Paducah and Louisville Railway, one of today's somewhat unknown Class II regionals, began service on August 27, 1986 when Illinois Central Gulf spun-off its main line to Louisville, the extreme eastern terminus of the railroad.

The ICG was a combination of the Illinois Central and Gulf, Mobile & Ohio railroads, which merged in 1972.  The union proved to be rather unsuccessful, a less tumultuous version of the earlier Penn Central debacle.

The one healthy Illinois Central found itself financially frail by the 1980's.  In an effort to return the company to profitability, management embarked upon a massive sell-off of the 9,500-mile network.

The P&L was originally part of the Illinois Central's Kentucky Division and totaled 287 miles. Interestingly, while the IC is most often recognized for Midwestern north-south railroad it did reach well into Kentucky as well as Nashville, Tennessee.

Looking back, the ICG would probably have wished it kept the line to Louisville considering what the P&L has since done with the route, exponentially growing its number of customers and bottom line over the past 30+ years.

Some of the trackage was, indeed, reacquired, such as the entire Iowa Division (826 miles) in 1996.

This large corridor comprised the entirety of the former IC's property between Chicago and Omaha/Council Bluffs (including all branches).

The railroad did relatively well until the resale occurred.  The Paducah & Louisville's trackage includes service to Paducah where IC's legendary Paducah Shops were located (in the heart of the city's downtown district).

These works produced some fine steam and diesel locomotives (rebuilds) that operated all over the IC network.  While not owned by the P&L today the shops remain important to the railroad industry under National Railway Equipment (NRE). 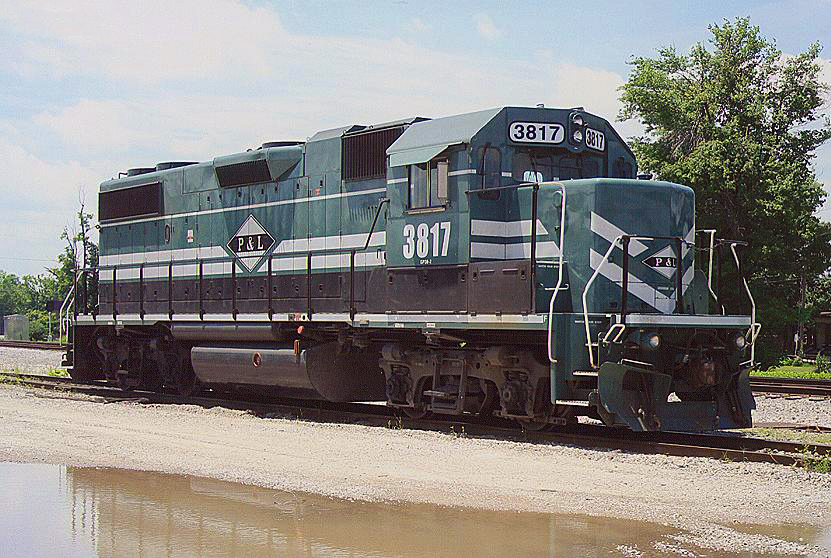 Overall, the P&L's primary interchange points include Paducah, Louisville, and Madisonville along with its connection to the tiny FV at Princeton. 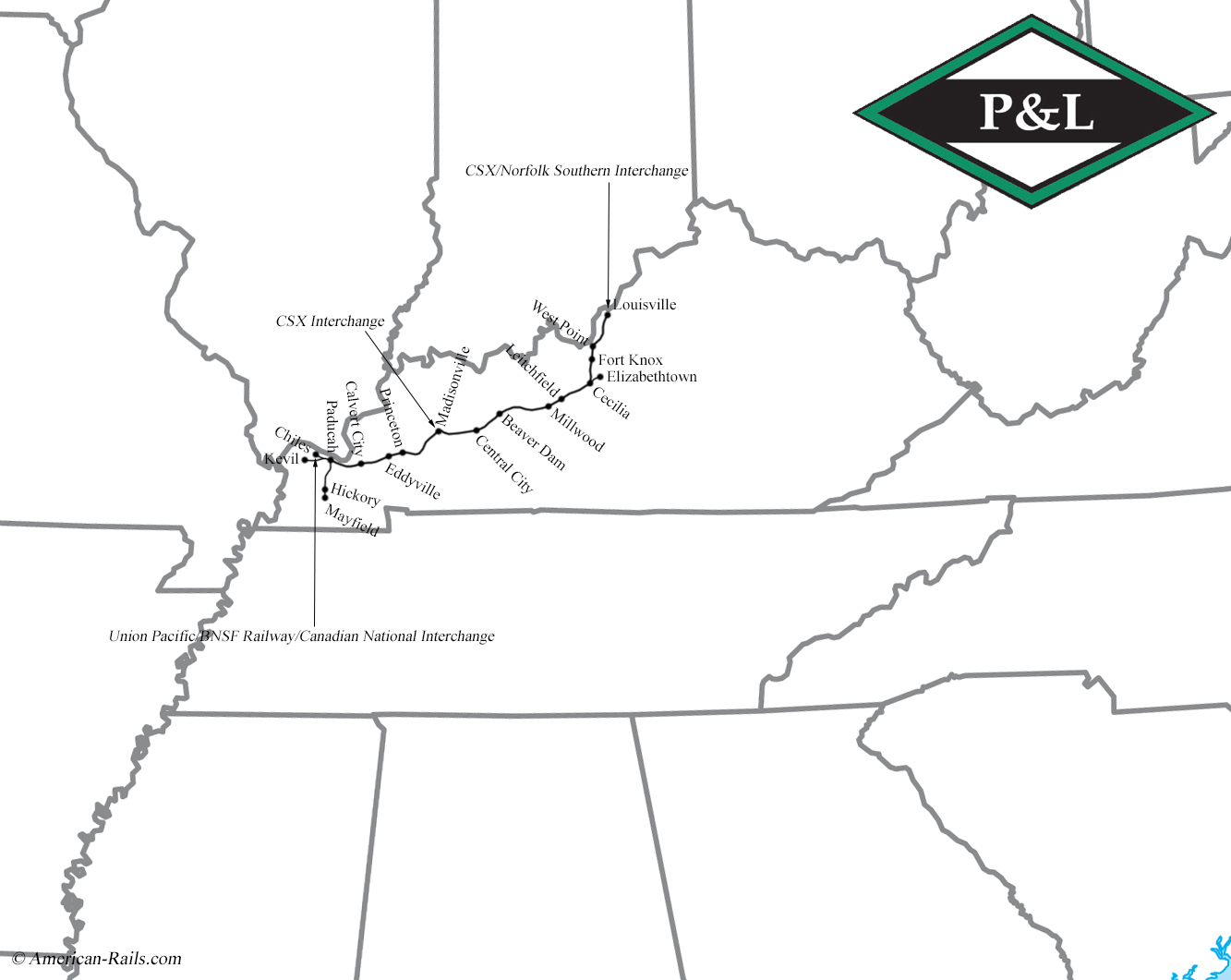 Aside from this traffic the railroad also moves a wide range of general freight from coal shipments, chemicals, stone and clay to lumber, grain, heavy equipment, warehouses, and even a local military base.

It is truly incredible how far the railroad has came from its earliest days when the property was in rather poor condition and handled much, much less business than it does today. 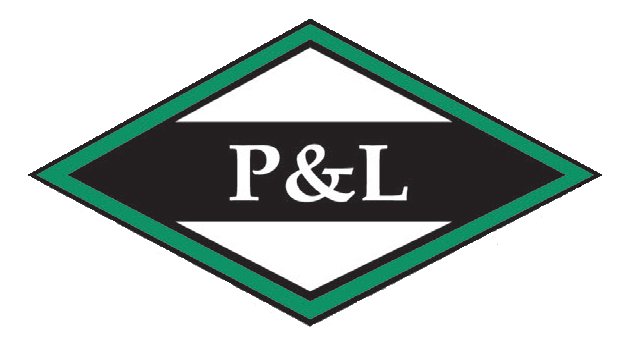 Today's Paducah & Louisville has came a long way from the operation launched in 1986.

Through a combination of business development, partnerships, and numerous interchange points along both ends of its network the regional's carloads have nearly tripled since operations began.

According to the Federal Register in its first full year (1987) the P&L handled about 77,000 carloads; today, the railroad records about 200,000 carloads annually with its single best year being 216,000 carloads. 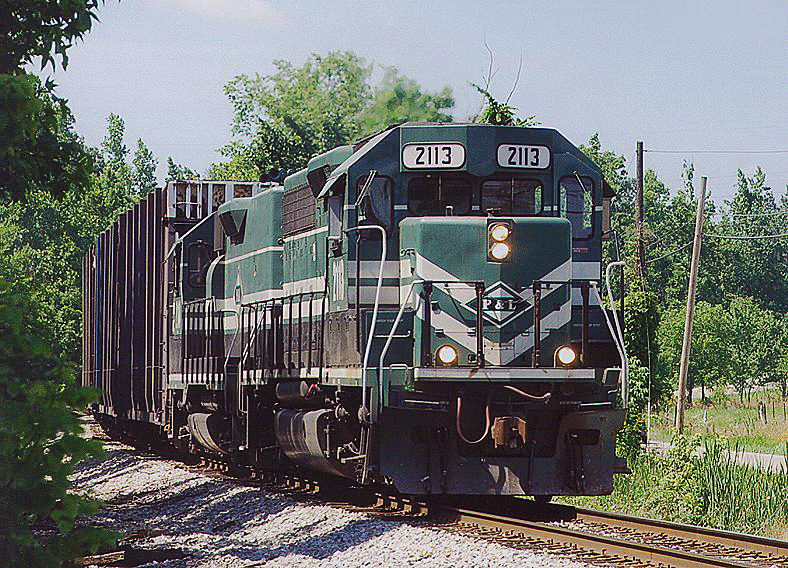 The same train as seen at the top of this article rolls through Simmons, Kentucky. Doug Kroll photo.

The company's growing success can also be seen beyond any locomotive, freight car, or physical plant improvements simply by paying a visit to 200 Clark Street in Paducah where a new, modern office building/dispatching center opened in the early 2010's.

The P&L's is one that not only continues to prove the importance of rail transportation but also the potential of some corridors left for dead. 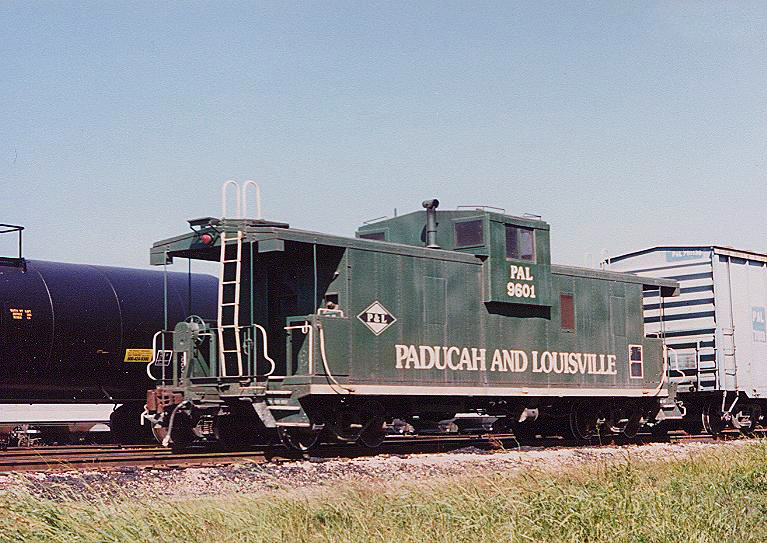 A Paducah & Louisville caboose, originally built for the Illinois Central Gulf, still holds vigil at the end of the a freight train in Paducah, Kentucky on September 23, 1989. Doug Kroll photo.

There are many examples like the P&L around the country; the Indiana & Ohio, Buffalo & Pittsburgh, Montana Rail Link, Wisconsin Central, and others.  In some cases, Class I's have even repurchased the properties (like the Wisconsin Central).

Being located along the Ohio and Tennessee Rivers the PAL offers transload and bulk terminal services from the numerous barge traffic serving both waterways.

Also, if you may be interested in learning more about the history of the Illinois Central please click here.  Currently the P&L’s roster consists entirely of EMDs, all of which are Geeps.

Additionally, they use one of the more attractive paint schemes for a small railroad using a combination of dark green and black with white trim.