The Tennessean was Southern's third train to serve the Washington, D.C.-Memphis market. From its inauguration the train was a streamlined affair that worked in conjunction with the Norfolk & Western and replaced the former, heavyweight Memphis Special in the early 1940s.

While the Southern maintained its own route to the Gulf Coast it was sometimes more efficient to utilize the N&W between Lynchburg, Virginia and Bristol, Tennessee for points further west.  At the latter city trains would rejoin Southern rails.

Interestingly, the Southern was not, initially, a proponent of streamliners. Always conservative it did not see the need to spend vast amounts of capital on purchasing flashy new cars and locomotives to grab attention and headlines.

Ultimately, however, as the industry realized the staying power of the fad lines like the Southern finally capitulated and began upgrading their trains to streamliner status. The train remained a fixture on Southern's timetable until the late 1960s when it was discontinued. 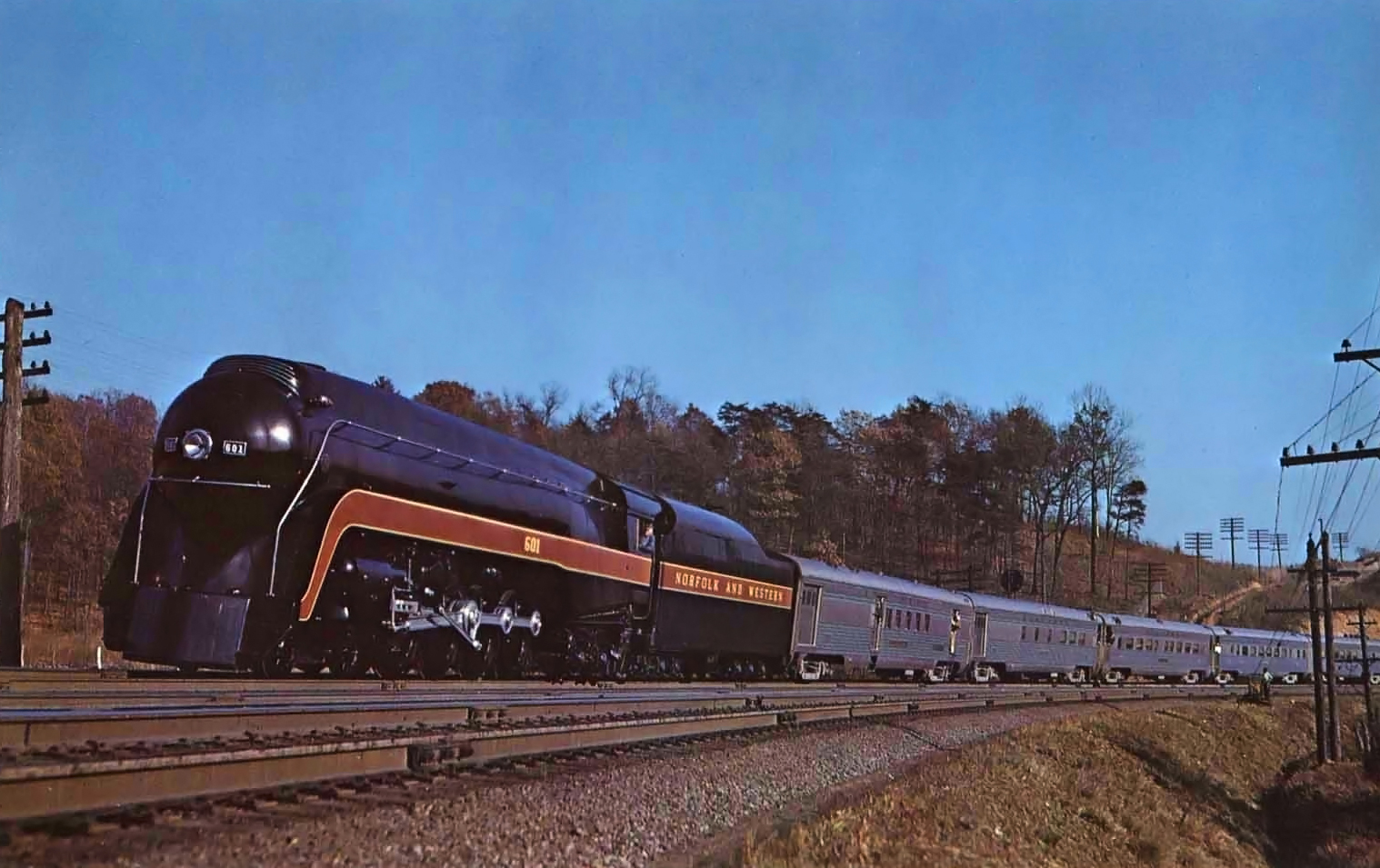 A Norfolk & Western publicity photo of Southern's "Tennessean" (New York - Washington - Memphis) led by 4-8-4 #601 (J) during the 1940s. The train operated over the N&W between Lynchburg, Virginia and Bristol, Virginia/Tennessee.

The first two trains the Southern decided to initially streamline included the Southerner (which debuted on March 31, 1941) and Tennessean (which hit the rails a few months later on May 17, 1941).

The ultimate success of these two trains convinced the railroad to also streamline its flagship, the Crescent. While the former was a through train serving D.C. and New Orleans the latter only operated as far south as Memphis.

However, both worked in conjunction with the Pennsylvania to reach New York City. For the Tennessean is also worked with the Norfolk & Western in a sort of cutup route. At Lynchburg, Virginia the train was handed off to the N&W which carried it to Bristol where it finished the journey to Memphis on home rails.

While the streamliner was a fine operation providing top-notch service (the Southern demanded nothing less) it also had another important task, hauling mail. It retained this status until the U.S. Postal Service stopped having the mail shipped by rail in the late 1960s.

A 1952 consist and abbreviated timetable of the "Tennessean." Author's collection.

In any event, the train featured new equipment from Pullman-Standard which was part of 44 new cars the Southern ordered in October, 1940.

While the cars had the shiny, stainless steel appearance of the Budd Company's patented design they were actually built of Cor-Ten steel alloy and covered in a stainless-steel sheathing.

This gave the appearance that the equipment was entirely built of stainless-steel although with Budd having the actual patent of the design no other builder could do so. 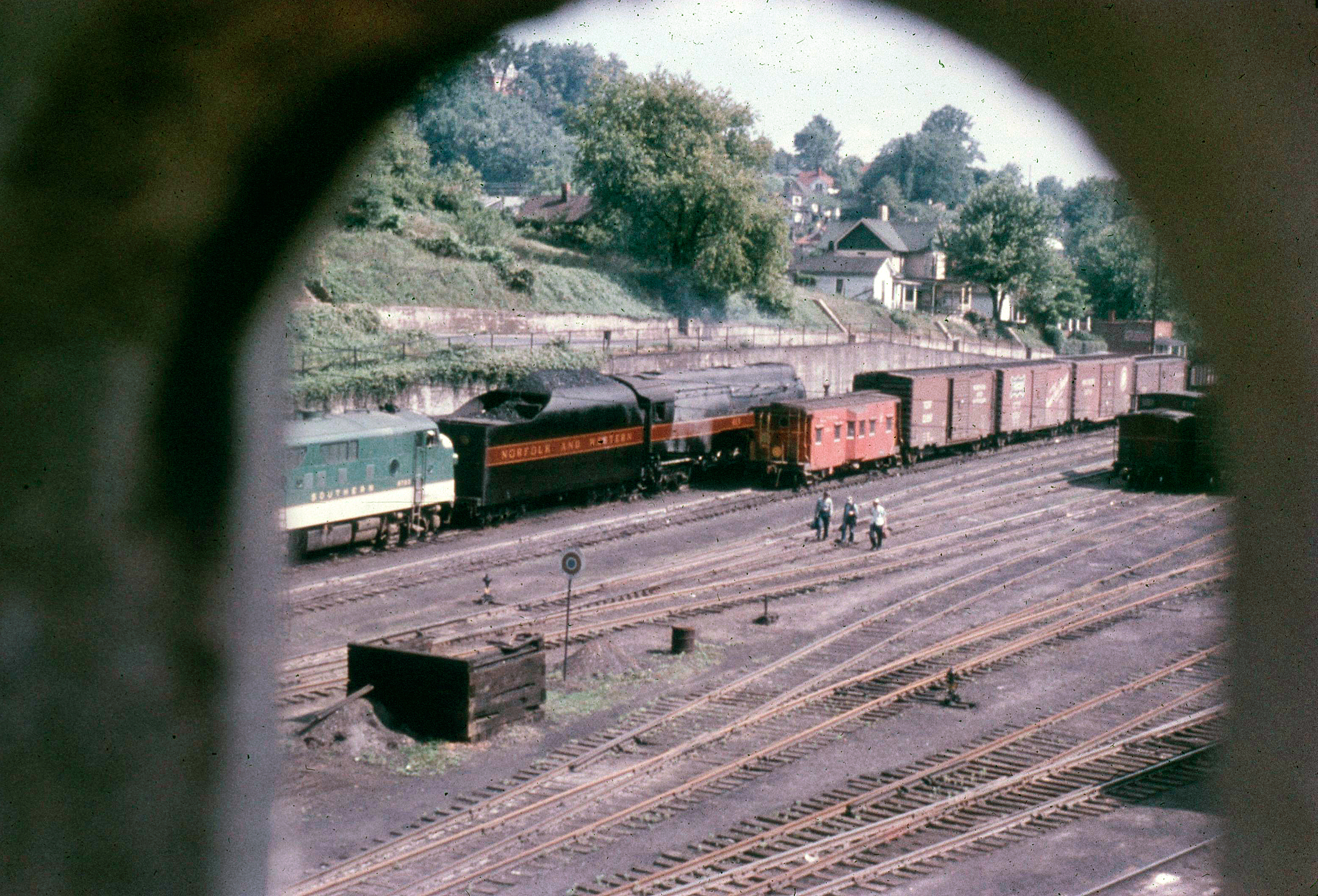 This fascinating scene was taken by Dr. S.D. Marty between the concrete railing of the Mary Street Bridge in Bristol, Virginia, featuring Norfolk & Western 4-8-4 #613 (Class J) and Southern Railway F3A #6702 awaiting the "Tennessean" during the 1950's. Author's collection.

For power the Tennessean featured either one of the Electro-Motive Corporation's new E6A streamlined diesel locomotives or an elegantly streamlined Class Ps-4 4-6-2 Pacific steam locomotive (which operated only between Washington and Bristol) thanks to the styling efforts of famed industrial designer Otto Kuhler.

Both locomotives featured the Southern's classic Virginia Green and white livery with gold trim. Coupled with the stainless-steel the cars the train was quite a sight to behold at speed no matter which locomotive was being used for power.

When the train first hit the rails the Southern took the train on a publicity tour along its route to let folks see the new streamliner, and for many it was something they had never seen before. 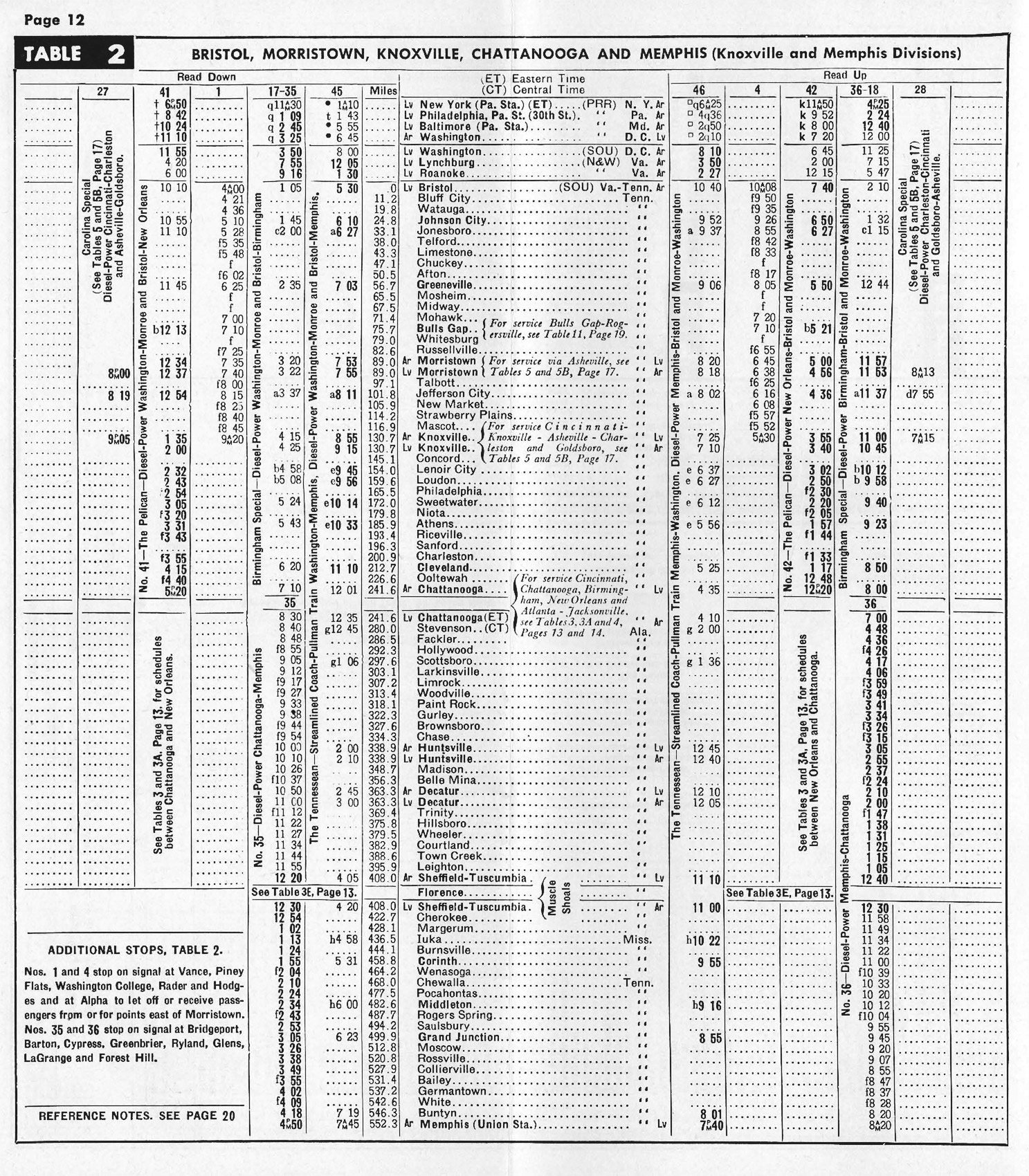 A typical consist for the Tennessean included tavern-lounge coaches (which offered reclining/swivel chairs, cocktail tables, and a chrome-trimmed stand-up bar), a diner (between Knoxville and Washington), and parlors, and a tavern-lounge observation.

Additionally, the train carried older, heavyweight Pullman sleepers that connected to Chattanooga (via Memphis), New York to Memphis, and Bristol to Nashville. These cars were all clad in an aluminum paint so as to match the rest of the consist.

The interior of the train featured bright blues and greens as well as indirect lighting and air-conditioning (two features that became a fixture on most streamliners).

The Southern made sure that the train offered plenty of room for passengers to stretch out, even while sitting in the coaches. 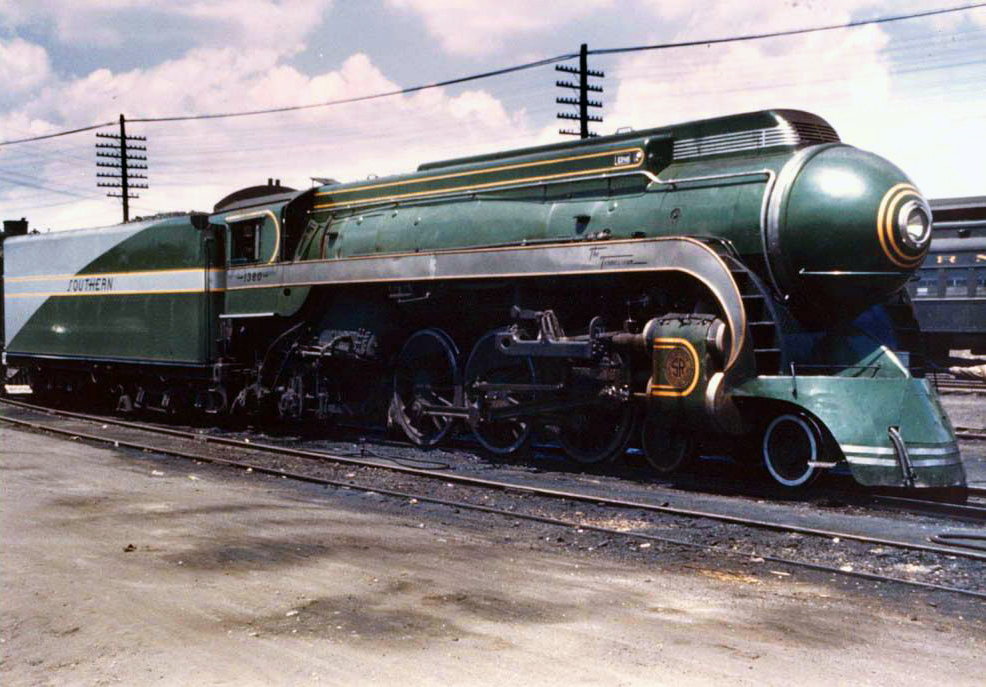 As interest in rail travel declined through the 1950s the Southern slowly cutback the services it offered across its entire fleet of trains.

By the early 1960s the train had lost all of its added services save for coaches and one Pullman sleeper. Later that decade during 1967 the postal service canceled all mail contracts with the railroads.

This move virtually sealed the fate of the train and numerous others, which had long depended on this lucrative traffic as a means of offsetting the growing cost to retain such service. The Tennessean's final run occurred on March 30, 1968.

Consequently, the Southern was the last railroad still using Memphis Union Station at the time of its closure.  Sadly, less than a year after the railroad pulled out the building was demolished.