Maine logging railroads could be found throughout the state with a little more than two dozen operations once in service at one time or another.

Interestingly, while the state's narrow-gauge lines (between two to three feet) have often received the most attention Maine was actually home to more standard-gauge logging railroads.

Overall, most lines were quite small and less than 20 miles in length (some only operated a few miles of track). Rail operations within the logging industry began in the late 19th and early 20th centuries, and Maine was no exception (although its earliest line dated back to the 1840s!).

Additionally, most were abandoned or out of service by the 1920s or 1930s.

However, a few remained in service much longer; notably the Penobcot Chemical Fibre Company line that lasted until 1955 and the S.D.Warren Paper Company that survived until 1971 as a two-foot narrow-gauge operation. 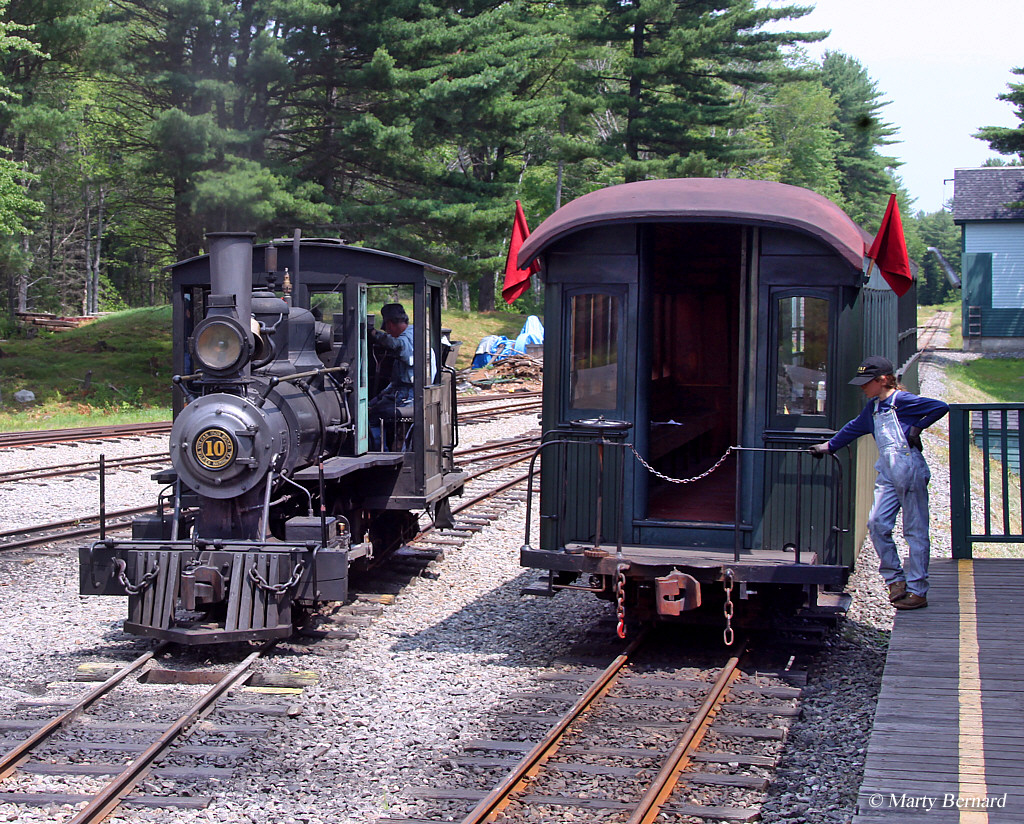 The Bald Mountain Railroad was owned by the Jackman Lumber Company and first incorporated in 1915. It connected with the Maine Central about 11 miles north of Bingham and in total owned about 26 miles of trackage including both main line and logging spurs.

The railroad, built to standard-gauge, remained in use for just over a decade when operations were suspended in 1926.

A History Of Maine's Railroads

This was a short-lived logging operation that began in 1894 and was also known as the Success Pond Railroad. It connected with the Boston & Maine Railroad and operated between Berlin and Success.

In 1904 it was renamed as the George W. Blanchard & Sons Company Railroad although this lasted for only a few more years when operations were entirely abandoned in 1907. The B&M took over a small section of track from its interchange for storage purposes. 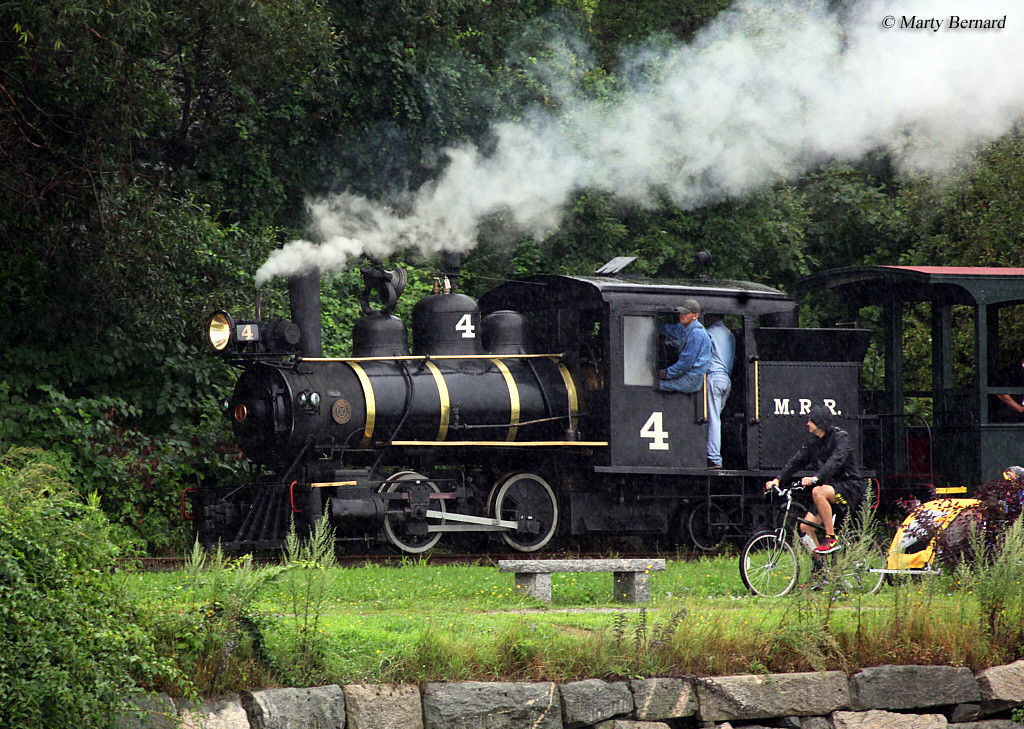 The Carry Pond & Carry Brook began operations in 1914 and was owned by the Boyd & Harvey Company. The railroad's main line ran between Seboomook Lake to Northwest Cove near Moosehead Lake where an interchange was located with the Maine Central. The railroad as a rare, two-foot narrow-gauge line.

The Eagle Lake & West Branch Railroad was owned by the Great Northern Paper Company who wished to replaced their tramway operation with a more reliable means of transportation.

The tramway operated between Eagle and Churchill Lakes and the Penobscot Bay. The EL&WB was constructed between 1926 and 1927, built to standard-gauge.

Interestingly, despite the railroad's heavy construction that included a 1,500-foot wooden trestle it remained in operation only until 1930 when timber reserves were exhausted.

The EL&WB has become famous in recent years due to two steam locomotives that remain on the property to this day.

The Franklin & Megantic Railroad was another of Maine's classic two-foot narrow-gauge lines.

Its history began in 1884 under the ownership of the Berlin Mill Company and the original main line reached Strong to Soules Mill, appropriately named for the saw mill located there.

The railroad reached Kingfield and after being taken over by the Sandy River Railroad reached Bigelow. At its peak the F&M (renamed the Franklin & Megantic Railway in 1897 after a reorganization) served several online mills along with the vast nearby spruce timber acreage.

For a while the F&M also offered local passenger service on its 25+ mile main line. In 1908 the railroad was fully merged into the Sandy River & Rangeley Lakes Railroad, which became part of the Maine Central Railroad in 1911.

Also known as just the Machiasport Railroad, the W&M (built to standard gauge) was the oldest railroad in Maine, constructed by the Boston & Eastern Mill & Land Company in 1841.

At its peak the railroad operated a system that covered just 8 1/2 miles connecting its namesake towns. While the line primarily hauled logs and finished lumber it also moved other freight and passengers as well.

The W&M remained in use until 1892 when its poor construction and declining timber reserves forced it into abandonment. 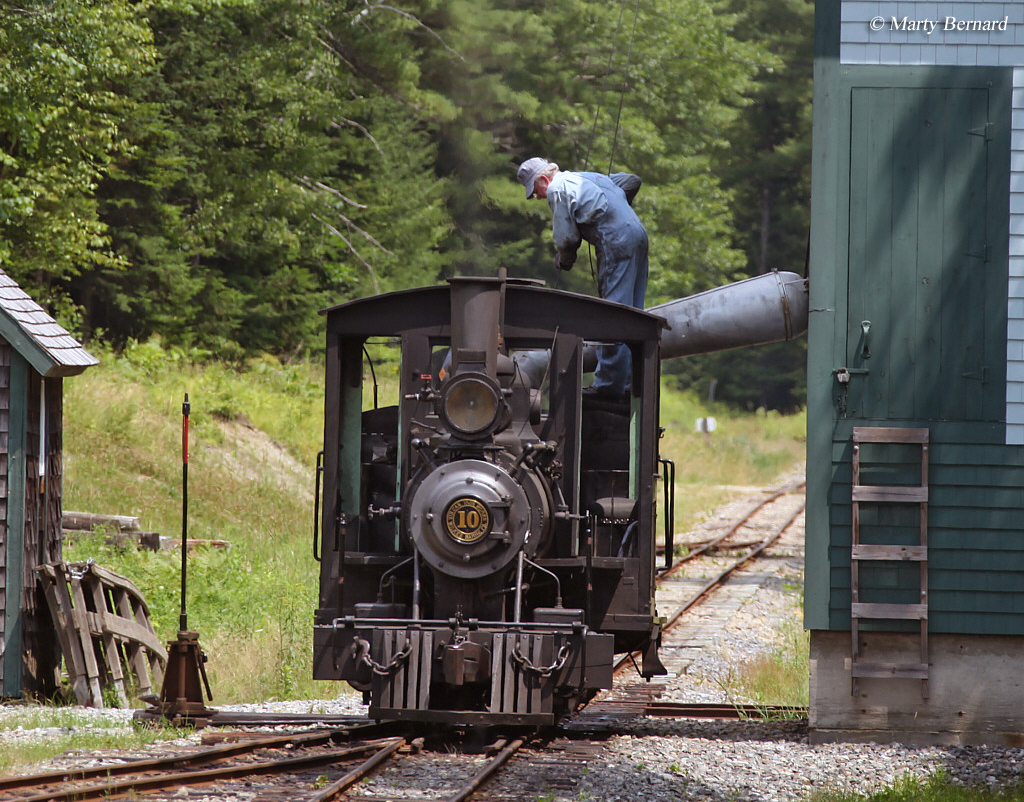 The Sandy River & Rangeley Lakes Railroad was the largest logging line in Maine. It was created in 1908 primarily from two predecessor lines, the Phillips & Rangeley Railroad and Sandy River Railroad.

In total, the SR&RL operated from a connection with the Maine Central at Farmington northward to Strong, Philips, Madrid, Kingfield, Bigelow, Redington, and other small logging camps and communities that hosted saw mills.

While the railroad was taken over by the MEC in 1911 it remained a two-foot narrow-gauge until being abandoned in 1935. Part of the route has been preserved as a tourist line.  For more information about Maine's history with logging railroads please click here.