Railpace NewsMagazine, like Trains and Railfan & Railroad, is geared towards railfans with a wide range of subjects to interest readers.  There are topics concerning the latest in news, articles highlighting historic subjects, preservation efforts, noteworthy locomotives, and much more.  The various angles, of course, are meant to attract a broad audience.  However, Railpace is unique in that it focuses exclusively on railroads of the Northeast with a slogan, "The Northeast's Own Rail Newsmagazine."  Perhaps more than any other, this region offered the greatest and most interesting types of rail operations.  Historically, it was highly diversified, ranging from anthracite coal carriers to local streetcar systems. For instance, according to Dr. George Hilton and John Due's authoritative piece, "The Electric Interurban Railways In America," the state of Massachusetts enjoyed the densest coverage, per capita, of electrified interurbans and streetcars in the country.  At its peak it contained some 3,056 miles (1917), earning it the distinction as the only state to have more electrified railroads than traditional, steam-powered lines. The Northeast was also once a mecca of manufacturing, served by names like the Boston & Maine; Maine Central; New York, New Haven & Hartford; Rutland; Central Vermont; Lehigh Valley; and New York, Ontario & Western.  These, and many others, have long since disappeared as manufacturing dried up and other transportation modes took root. All in all, if you enjoy Northeastern railroading and a more “down home” periodical you shouldn’t be disappointed with Railpace. 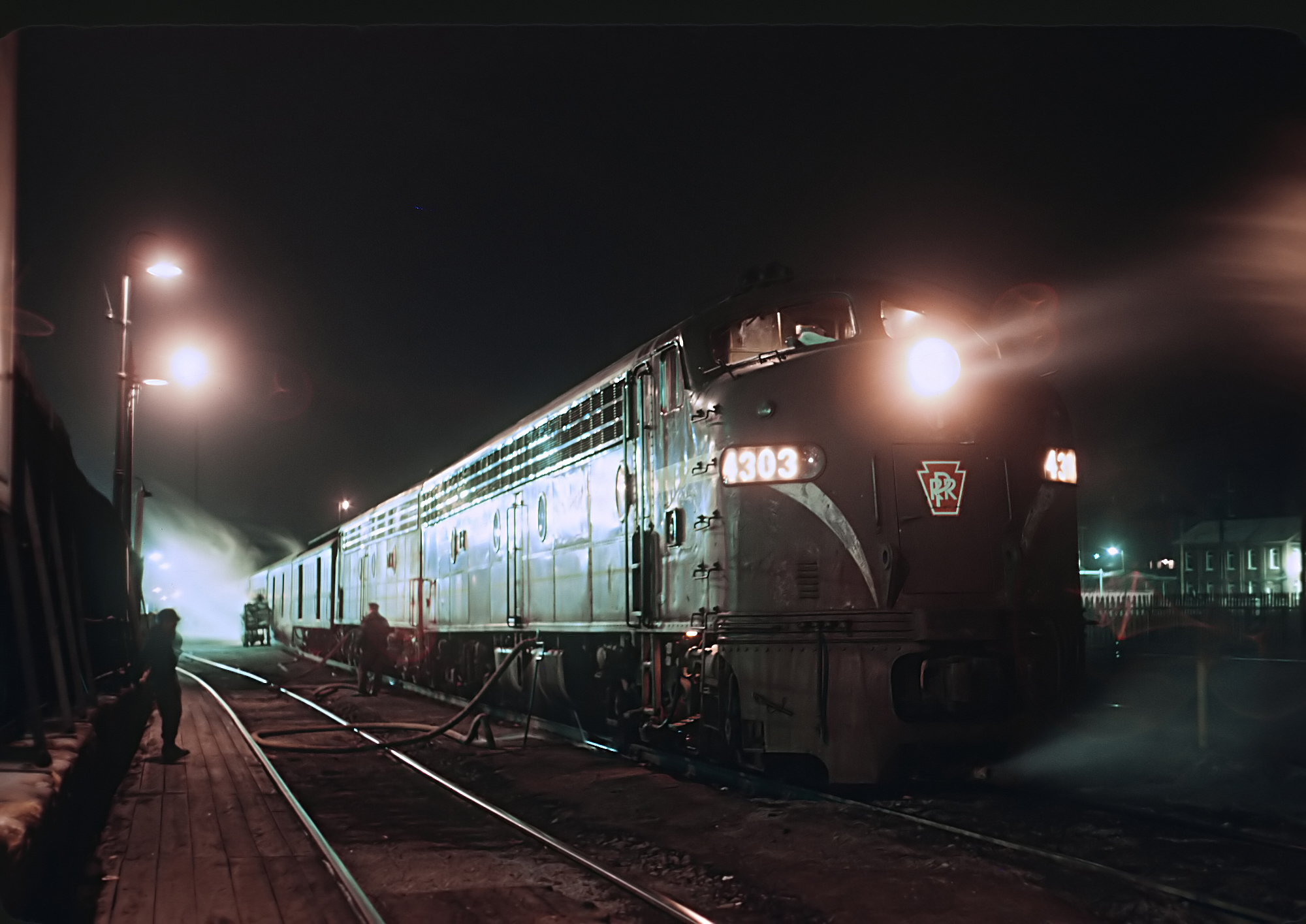 Compared to Trains, Railpace is a relatively young magazine.  The industry's leading publication has been in print since November, 1940 (when its first issue went on sale at just $0.25!); there was also a preview copy released earlier that year.  Since its inception, Trains has been produced by Kalmbach Publishing Company, the vision of Al C. Kalmbach, and thoroughly covered the United States rail industry since that time.  Over the last 70+ years Trains has always been based in Milwaukee, Wisconsin, witnessing railroading's highest of highs (peak traffic periods during World War II) and lowest of lows (the tumultuous 1960s and 1970s). For instance, if you enjoy rail history, try and find older volumes on the magazine which predate, say the 1980s (they can usually be found at antique stores, or the easiest method, eBay). The first issue of Railpace was released in May, 1982 (at just $2.00!) with a featured piece covering the Lehigh & Hudson River Railway entitled, "The Bridge Line: The L&HR Story."

In a microcosm, this story highlighted everything Railpace is about, Northeastern railroading.  The L&HR was, at its zenith, only 85.8 miles in length connecting Phillipsburg, New Jersey/Easton, Pennsylvania with Maybrook, New York.  Its main line ran at roughly a diagonal through the Garden State's northwestern corner.  Its original purpose was to handle anthracite coal, a once vital commodity used predominantly for heating fuel.  The product was primarily found in northeastern Pennsylvania and carried by the following railroads; Central Railroad of New Jersey; Delaware & Hudson; Delaware, Lackawanna & Western; Lehigh & New England Lehigh Valley; New York, Ontario & Western; and Reading.  As demand for anthracite as an in-door heating source ebbed, the L&HR looked for other business.  For several years it did relatively well as a bridge line until finally declaring bankruptcy during the early 1970's.  It went on to join the newly formed Conrail a few years later.  Today, few traces of the road remain intact. "The Bridge Line: The L&HR Story" was written by Greg Liakakos.  Interestingly, the nearby L&NE was also covered in the same volume, "The L&NE Story: The New Century," by Greg Buchala and Frederick Deibert. 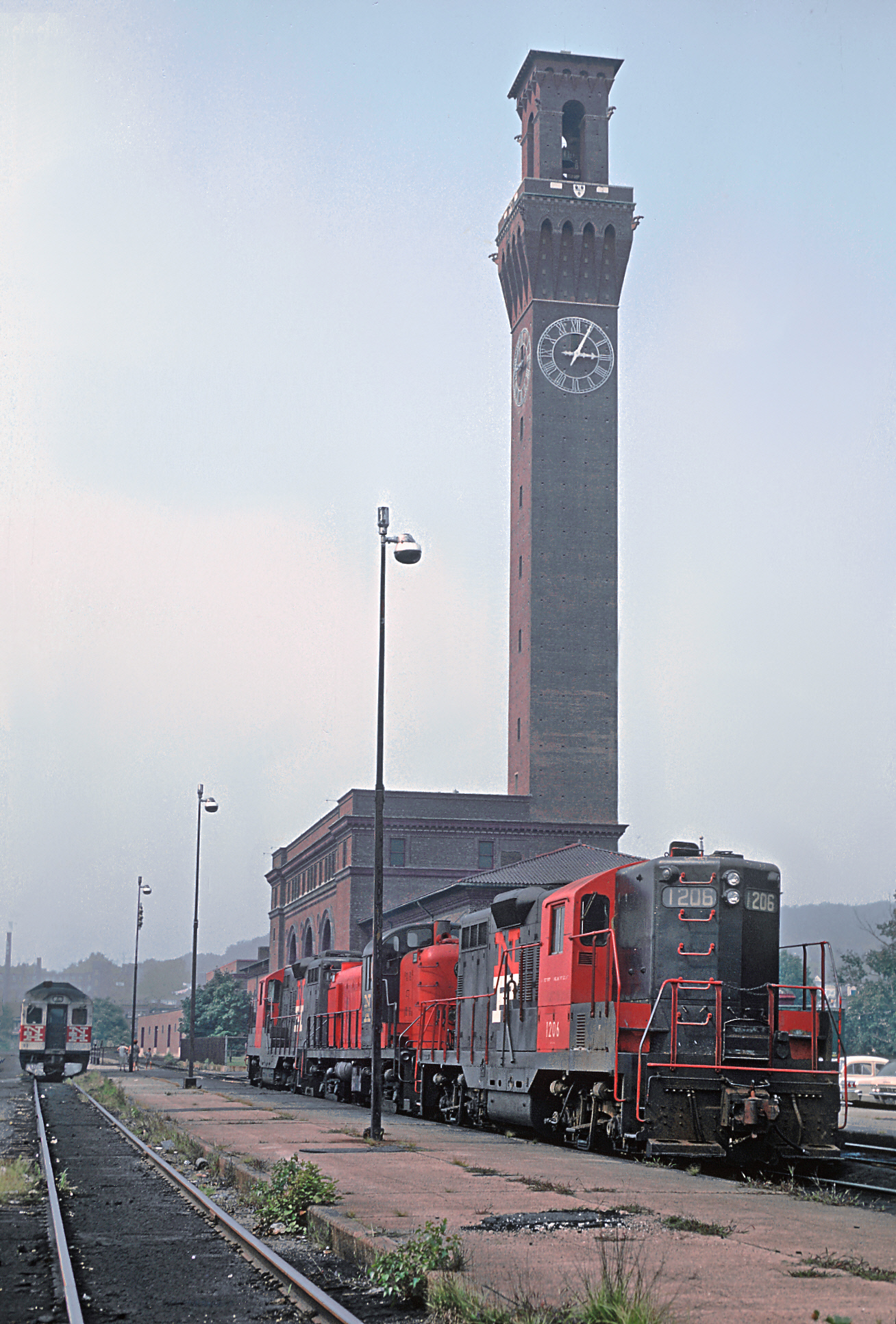 The volume concluded by highlighting the Jersey Central.  In the initial issue, editor Tom Nemeth wrote an editorial entitled "Welcome Aboard....." describing exactly what Railpace was all about:  "It is our pleasure to welcome you to the premier edition of RAILPACE NEWSMAGAZINE.  We have assembled some terrific talent to bring you, monthly, an exciting combination of historical features, technical, and prototype-modeling articles, and contemporary rail news.  We feature the railroads that serve and have served the northeastern quadrant of the United States, and we endeavor to promote the activities and accomplishments of organized railroad historical societies in the area.

With your interest, enthusiasm and contributions, we can make RAILPACE NEWSMAGAZINE a publication to be proud of.

Since that first edition of so long ago, Railpace continues to remain the product of Mr. Tom Nemeth.  However, lead photographers, writers, and others involved in the magazine have changed throughout the years; some have passed while others have moved on.  Some of these names include Kermit Geary Sr., Homer Hill, Pete Roehm, and Gerry Williams.  Perhaps most notable of the early contributors was Mr. Jim Shaughnessy, a legendary photographer who has captured thousands of scenes trackside, particularly in the Northeast, since the 1950's.  His works have been featured in books, magazines, and other print media for decades and will certainly continue to be for years to come.  He was particularly fond of the Delaware & Hudson.  The D&H was a unique railroad, operating from the Wilkes-Barre, Pennsylvania area to Montreal, Quebec while passing through New York and parts of Vermont.  It remains our country’s oldest surviving transportation company and has been a corporate entity in three different centuries.  Launched as a canal/rail operation in the 1820's to serve anthracite coal, it would later transition to an all-rail corridor and eventually amassed a network of 756 miles by 1956.  As demand for anthracite declined it struggled in the postwar years and was eventually purchased by a private investor who later sold the property to Canadian Pacific.  In 2015 part of its original main line was acquired by Norfolk Southern.

Shaughnessy captured the D&H during its glory days of the mid-20th century, and continued to do so until the company's corporate image disappeared with its 1981 acquisition by Guilford Transportation.  Today, Railpace remains a top-notch publication that still focuses on a core group of writers/photographers, all of whom do an excellent job covering Northeastern railroads; names like Dale Woodland, Andy Kirk, and Lee Gregory.  In particular is Mr. Woodland who has written a number of books over the years such as "Railroads Of The Ohio Valley, 1947-1960: Book Two, Huntington, West Virginia to Cincinnati, Ohio"; "The Reading: In The Conrail Era, Book One"; "Reading Diesels, Volume 1: The First Generation"; and "Reading Diesels, Volume 2: The Second Generation."  The Reading was another fabled Northeastern systme, which typified the so-called anthracite railroad.  After the Delaware & Hudson Canal Company proved just how high demand had soared for this clean burning coal, the state Pennsylvania authorized construction of the Philadelphia & Reading Railroad on April 4, 1833.  This newfangled technology could run in every type of weather as the Baltimore & Ohio, Mohawk & Hudson, South Carolina Canal & Rail Road, and others were all proving.  In addition, it could overcome the obstacles of winter operations. 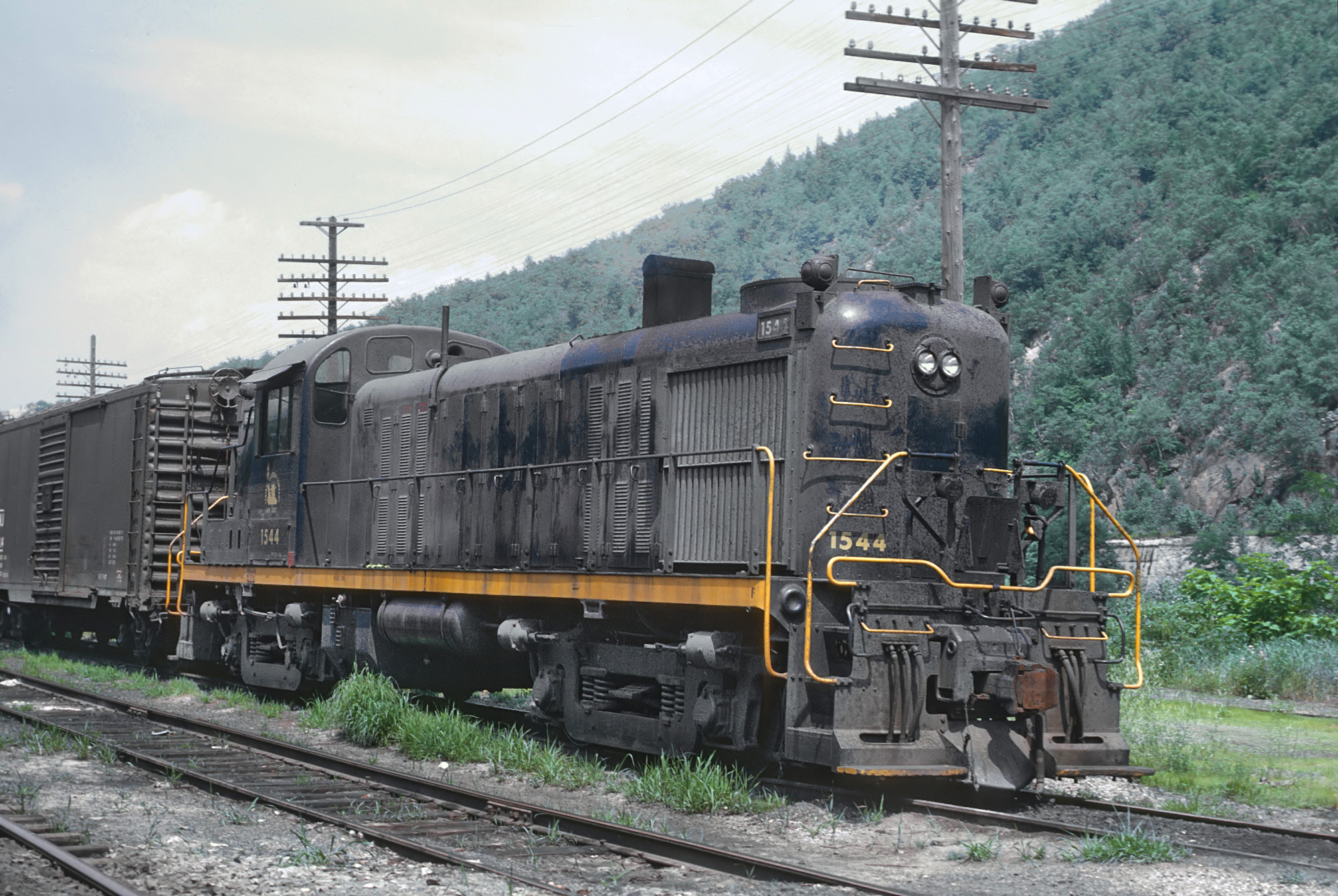 The P&R proved an interesting operation; it would eventually blossom into a powerful system that carried a virtual monopoly on anthracite.  This vast wealth enabled it to gain control of most its surrounding competitors.  However, it was largely devoid of a main line except for a small spine west of Philadelphia, linking to Harrisburg, the state capital.  Alas, the financial Panic of 1893 brought down the empire whereupon it was reorganized as the Reading Company.  The railroad never again held such power and during the 20th century was largely relegated to playing a regional role.  Following Penn Central's collapse the Reading fell into bankruptcy in 1971.  With a reeling situation in the Northeast, Conrail was formed to clean up the mess.  The Reading was included in the new government-sponsored operation, which ultimately retained many of its principle lines.  If you live outside the Northeast, or far away from a local hobby shop, picking up a copy of Railpace can be somewhat difficult as it is not as readily available as other magazines like Trains, Railfan & Railroad, or The Railroad Press. However, the magazine now offers digital copies allowing you to grab the latest edition immediately!  To learn more and/or subscribe please click here to visit their website.