The information presented here offers information regarding extant (surviving) railroad stations in Ohio.  It also offers readers pertinent data on further research of the subject.  For instance, the table below includes only those structures which still stand (preserved, restored, derelict, etc.).

If you are after investigating a station long-since razed, or which may have once existed, it is this author's suggestion to contact the nearest historical society as they may have that information.

While many towns, both large and small, retained their stations at least into the 1950's this was not always the case.  For small hamlets, narrow-gauge railroads, and even interurbans, the depots serving these communities were demolished as far back as the early 20th century.

In rare cases they were removed during the 1800's, making research efforts difficult.  In addition, I may be of some assistance on the matter if all other options have been exhausted.

One initial tool is to utilize the United States Geological Survey's (USGS) Historical Topographic Map Explorer, the link to which can be found at right.  It may help determining if a station even existed at a particular location. 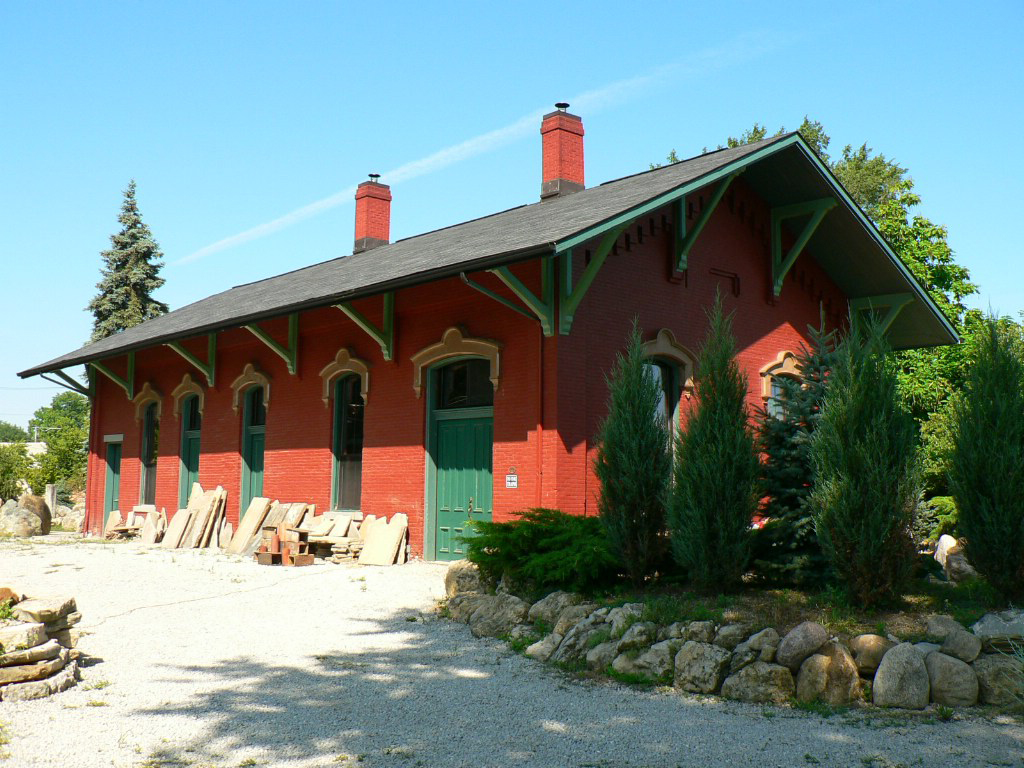 Ohio was an incredibly important state to railroads; one of the nation's first opened in 1839, the Mad River & Lake Erie (a future component of the New York Central), and key cities were located there offering substantial business for the industry; Columbus, Cincinnati, Youngstown, Cleveland, Canton, Akron, Toledo, and Dayton.

Items produced in the Buckeye State included everything from glass, tires, and steel to general manufacturing, locomotives (Lima), and interurban equipment (Jewett).

The southeastern counties were also home to many coal mines while iron ore was offloaded at the Lake Erie ports of Sandusy, Lorain, Ashtabula, and Cleveland for steel mills in Pittsburgh, Youngstown, and elsewhere. 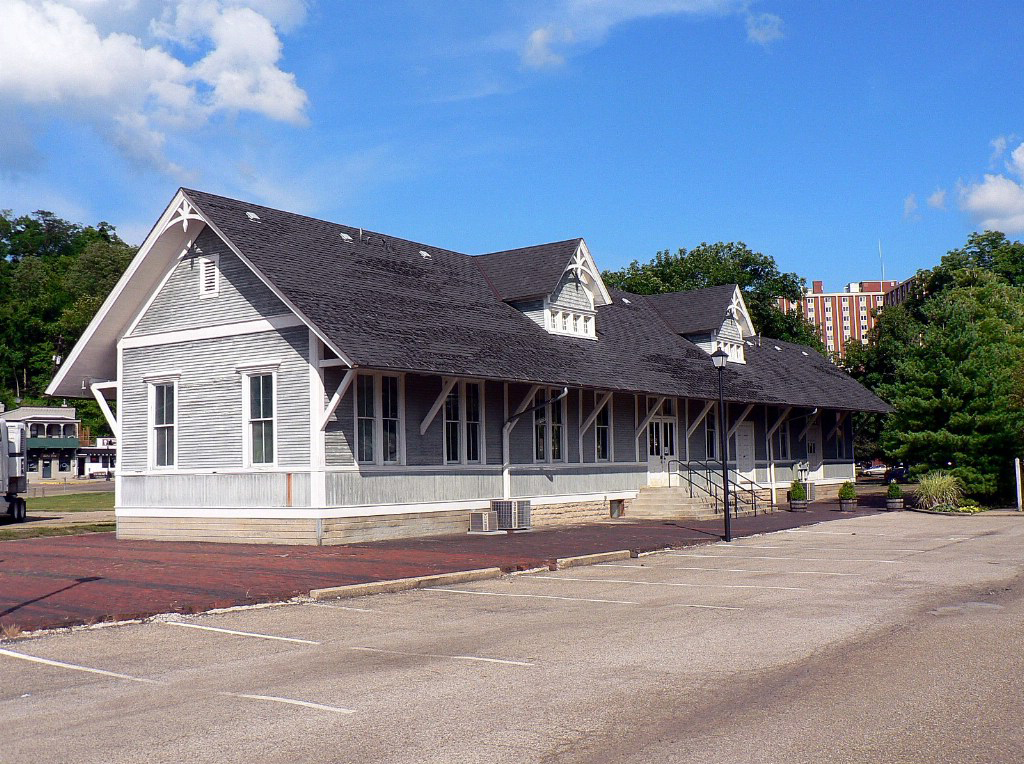 This surviving list of railroad stations is updated and accurate to the best of this author's knowledge.  If you may know of updates, corrections, additions, or other depots that still stand please let me know and those will be included accordingly.

The list presented here breaks down where each facility is located, date built (if known), its current condition, and GPS coordinates to its exact location.  If you are not familiar with GPS, simply plug the numbers into Google Maps and click the satellite view.

If you know of a railroad station or depot in your area that is not preserved or in danger of being demolished please take action to see if it can be saved.

These buildings are beautiful works of architecture and it has been proven time and again that preserved historic railroad stations (whether still in use as a train station or not) increase the value and attractiveness of an area for both visitors and businesses (particularly if it is located in a downtown area). Not only that, but you will be saving an important piece of history!

Please never trespass when researching these structures!  All property is privately owned.

Lastly, the list here is incomplete and will be finished as time allows.

Explanation Of Initials And Characters

For more reading about Ohio's railroad stations and depots you should really think about picking up at least one of Mark Camp's books covering the subject, all from Arcadia Publishing's "Images of Rail" series. His four books focus on four sections of Ohio; northwest, northeast, central, and west central.

The Arcadia series covers hundreds of historic subjects and always includes an interesting collection of images.  Mr. Camp's books are no different.  Through historic photography the books do an excellent job covering many of the state's stations and depots and are fine resources if you're interested in the subject.