The series would come in four different "models" (more on that below) but ultimately proved itself as an ungraceful and problematic design that was not one of Alco's better models.

The prime mover turned out to be the most notable issue, which was not particularly well-suited for heavy road service.  In any event, it can be argued that despite their issues some railroads found theirs useful, which continued operating them for more than two decades.

When production had ended in 1945 to make way for the new FA/PA series (which also struggled to ignite sales) less than 100 DLs had been sold.  Unfortunately, today, there are no known original Alco DL  units preserved as most were scrapped following their years of service. 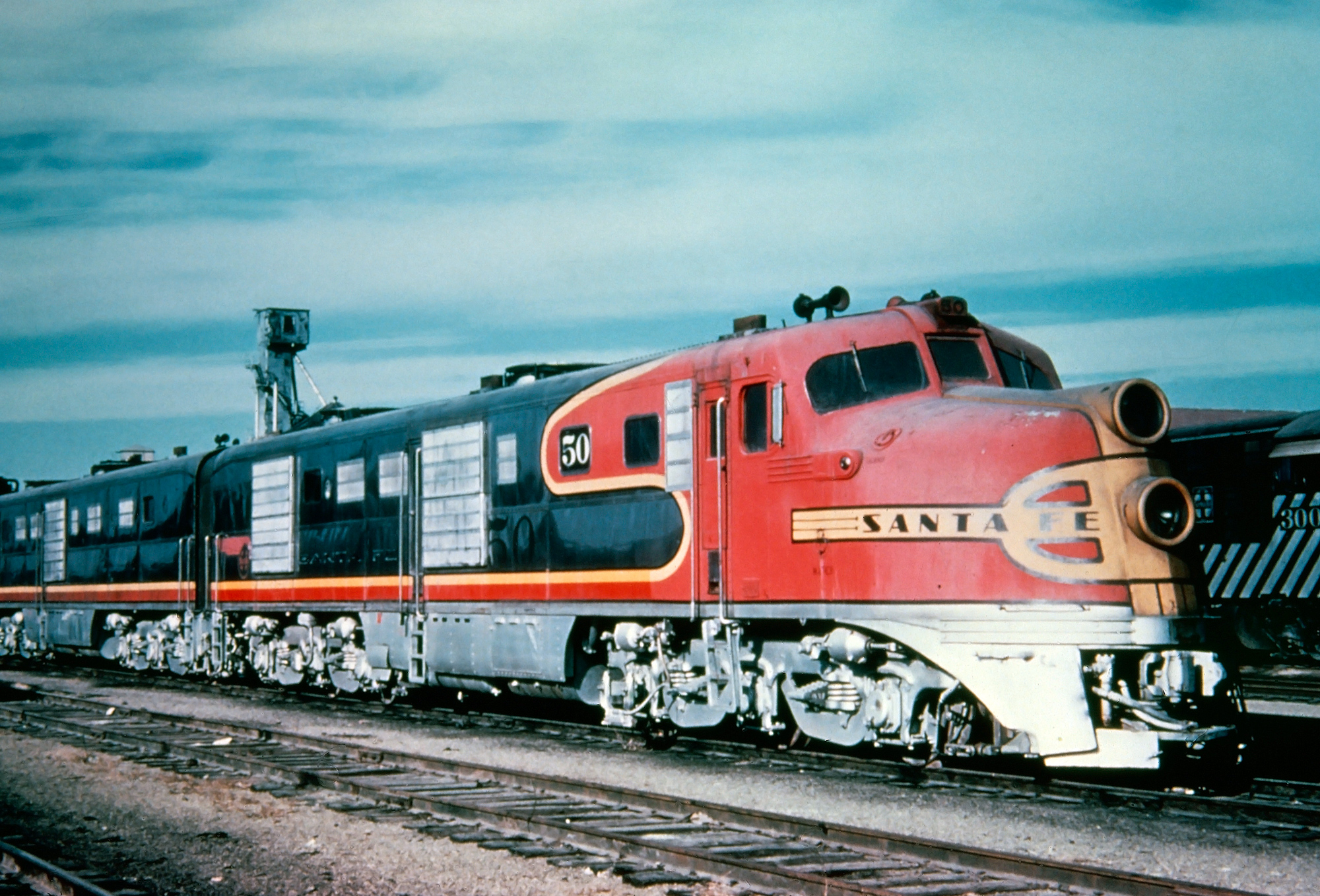 The Alco DL series essentially kicked off the builder's entrance into the mainstream diesel locomotive market. The American Locomotive Company had been dabbling in this market dating back to 1918 when it teamed up with General Electric and Ingersoll-Rand to design a motor car.

However, the company continued to remain focused on steam designs, believing this form of motive power would always remain the prevalent type even as Electro-Motive, later purchased by General Motors, began developing successful diesels as early as the 1920s.

At first EMC only constructed trainsets and small switchers but by the late 1930s it unveiled the passenger EA cab design, followed soon after by the freight FT model that revolutionized the industry.

This left Alco somewhat scrambling to unveil their own diesel locomotive. While the company proved it could manufacture a reliable, rugged, and efficient switcher their main line examples could simply never match what their competitor was producing.

The very first model was designated the DL-109 (it would later be sold  to the Chicago, Rock Island & Pacific and given #624, completed on January 3, 1940) and used a pair of the company's 538T prime mover, which was a four-stroke diesel that produced 2,000 horsepower combined.  The model's class listing was 606-DL345.

Its breakdown was as follow: "606" (6-wheel leading truck, no main drivers, 6-wheel trailing truck; no doubt this was a nod to the steam era classification), "DL" (Diesel Locomotive), and "345" (estimated weight, in thousands).

This engine was a product of Alco subsidiary McIntosh & Seymour of Auburn, New York.  While Alco's diesels performed well in early switchers, they struggled in main line applications.

For purposes of clarity, these "four" models will discussed in detail here.  However, they were not officially designated variants by Alco.

According to Brian Solomon's book Alco Locomotives, Schenectady simply described all variants of this model as the DL-109/DL-110. He goes on to state the different specification numbers given to the locomotives were coined after the fact.

This is further explained in John Kirkland's book, "The Diesel Builder's: Volume Two,"  detailing how railfans came up with the DL-103b, DL-105, and DL-107 designations on their own after studying various customer order files and noticing minute differences in various units.

As Kirkland explains, these changes only occurred months after the units had been in service when they were sent back to Schenectady for minor upgrades.  Ultimately, Alco listed all of its first-generation passenger locomotives as DL-109 (A units) and DL-110 (B units).

The styling of the DL was thanks to noted industrial designer Otto Kuhler.  Solomon states that Alco's cab model was essentially a mirror of Electro-Motive's save for the unique features Kuhler applied that sat it apart from its competitor.

Due to World War II restrictions Alco had difficulty in further developing not only the DL series but also diesel locomotive designs in general. 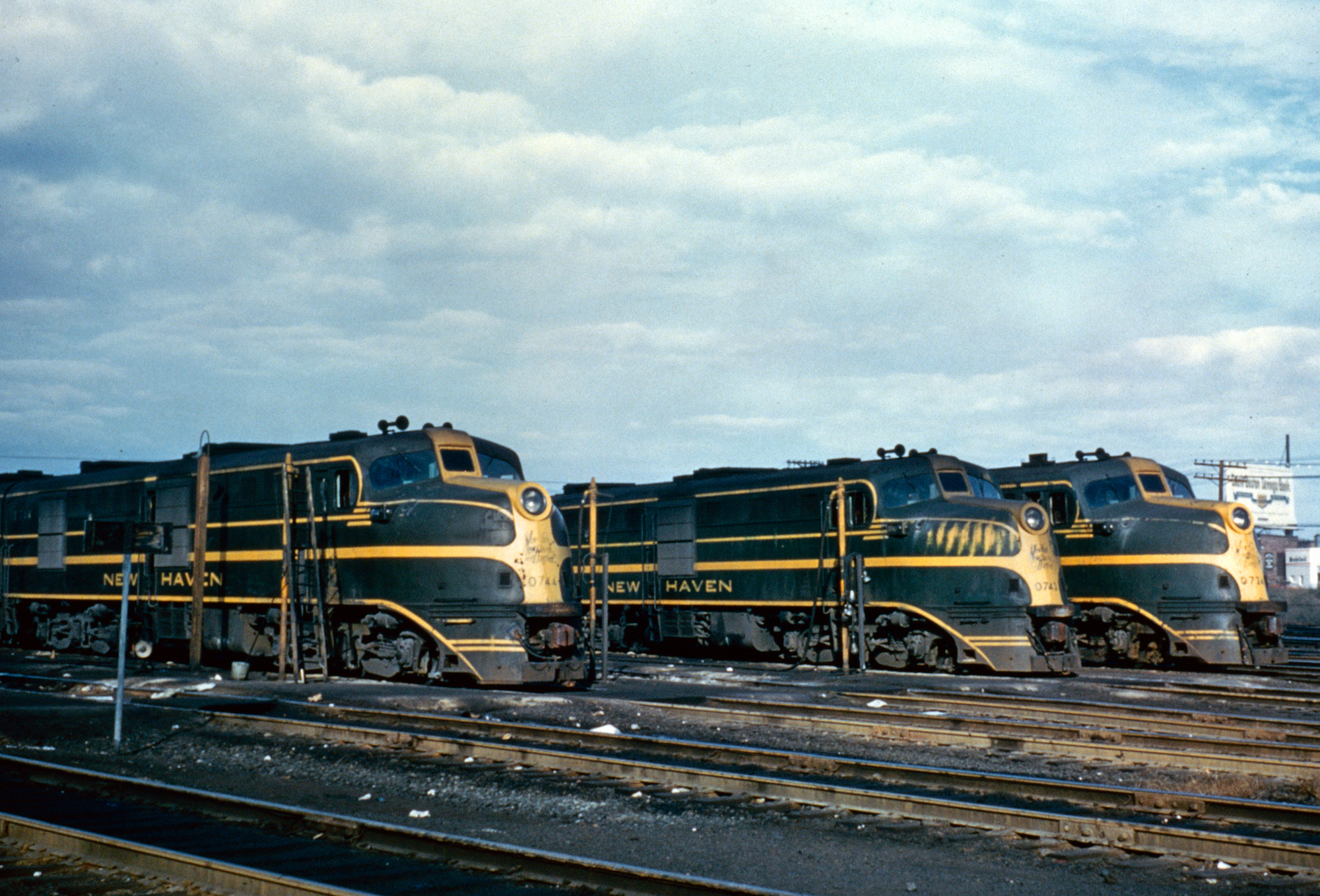 This was the case across the industry as the U.S. government, through the War Production Board (WPB), limited domestic production (especially in regards to passenger locomotives) in general and asked all manufacturers to focus efforts on producing goods strictly for the war effort.

It is somewhat interesting to wonder, had Alco been able to further refine its DL design could it have better competed with EMC/EMD?  Despite the restrictions the builder was able to convince the board in allowing it to produce some 60 DL-109s for New Haven between December, 1941 and April, 1945: #0700–#0759.

This was only allowed as the locomotives were intended for dual passenger/freight assignments and given a 19:64 gear ratio according to Solomon while sporting General Electric's model GE-726 traction motors enabling 80 mph running.

The breakdown in sales for the DL-109/DL-110 series is as follows, based on before World War II and during the conflict.

Overall, there were only minor differences among all of the DL locomotives produced.  According to Solomon the DL-109 carbody was 74 feet, 6.5 inches long while the cabless DL-110 measured 72 feet, 4 inches long.

They were 9 feet, 10.5 inches wide and 13 feet, 6 inches tall.  Additionally, the locomotives included turbo-charging and featured an A1A-A1A truck setup (meaning the two outside axles were powered with an unpowered center axle).

The New Haven, which always liked Alco products, also enjoyed their DL-109s, which were adorned in a gorgeous deep green with gold trim.

According to Solomon since the locomotives were geared for duel service the New Haven assigned them to the 157-mile New Haven to Boston route running two daily passenger assignments and then had them handle freights overnight. 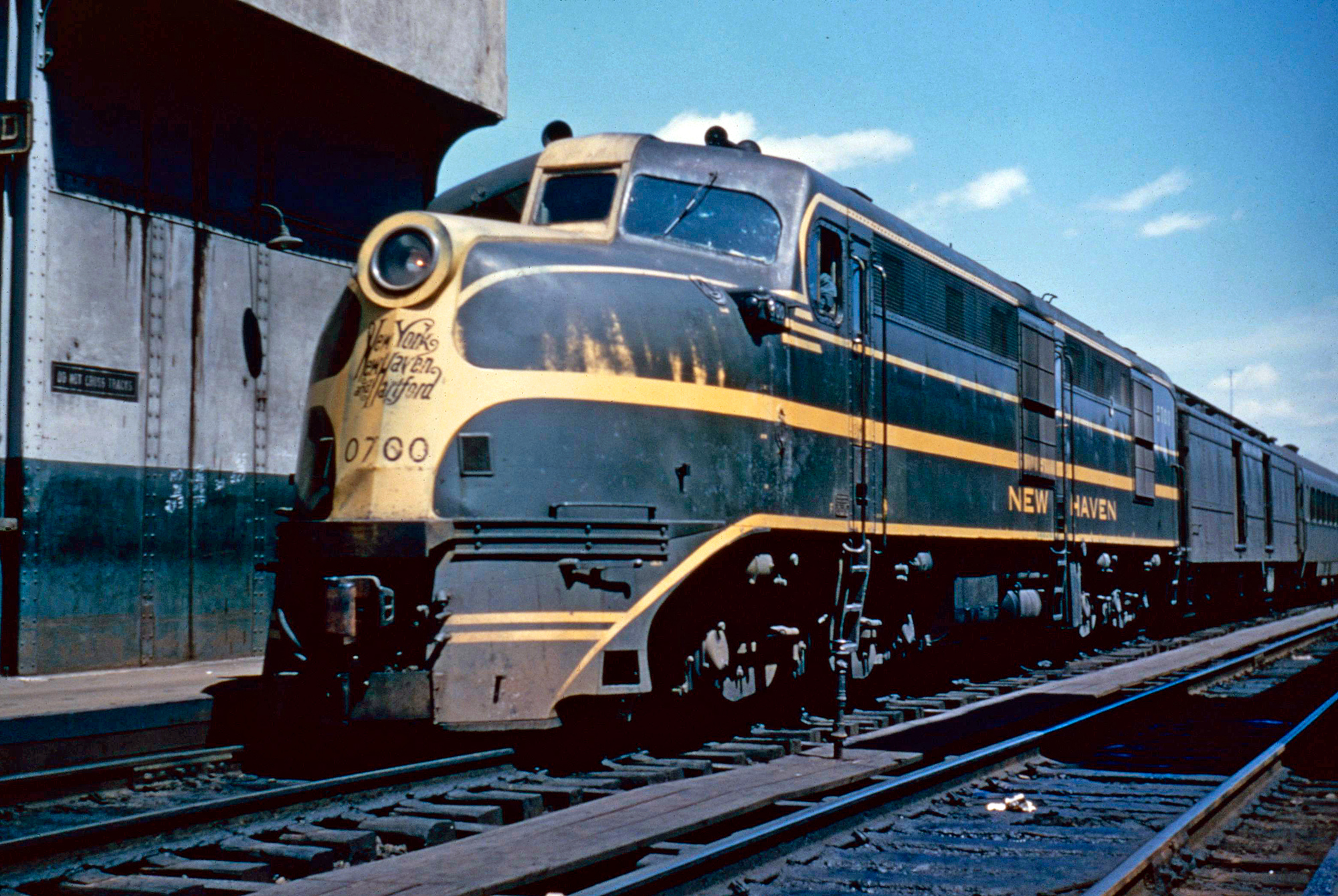 New Haven DL-109 #0700 has arrived at Springfield, Massachusetts during the 1950's. Author's collection.

Interestingly, the Milwaukee Road is said to have used their DL-109s in service until the mid-1960s, logging more than 3 million and was rebuilt at least once and sported an Electro-Motive cab giving it the appearance as a GM-product.

The table listed above highlights each DL model and their total sales numbers.   From a sales standpoint the DL series would be considered rather unsuccessful selling only 74 "A" and 4 "B"  units total.  This was a microcosm of Alco's problems with main line passenger and freight diesel locomotives.

Railroads often found the company's prime movers, particularly the 539T (which the DL-100 series was powered with), 241, and 244 models unreliable, troublesome, and rather complicated to maintain.

Even in later years when Alco developed a more reliable prime mover, the model 251, it appears the damage was already done among railroads, with most shying away from purchasing later models.