The H10-44 was Fairbanks-Morse's first cataloged locomotive it offered, and the first in its switcher line. It was constructed during the latter half of the 1940s and sold relatively well.

The H10-44 was originally designed for yard service. However, as is so often the case, railroads found the switcher suitable in all types of work, from shunting cars to branch line duty.

The engine had proven itself in marine applications and when well understood by maintenance personnel operated just fine in rail service.

The Southern Pacific and Canadian Pacific, for example, operated theirs for more than 20 years before age led to retirement.

Purely on the stance of reliability, FM's 38D8 1/8 opposed-piston (O-P) prime mover was the most reliable diesel engine of all the smaller builders (Alco and Baldwin). 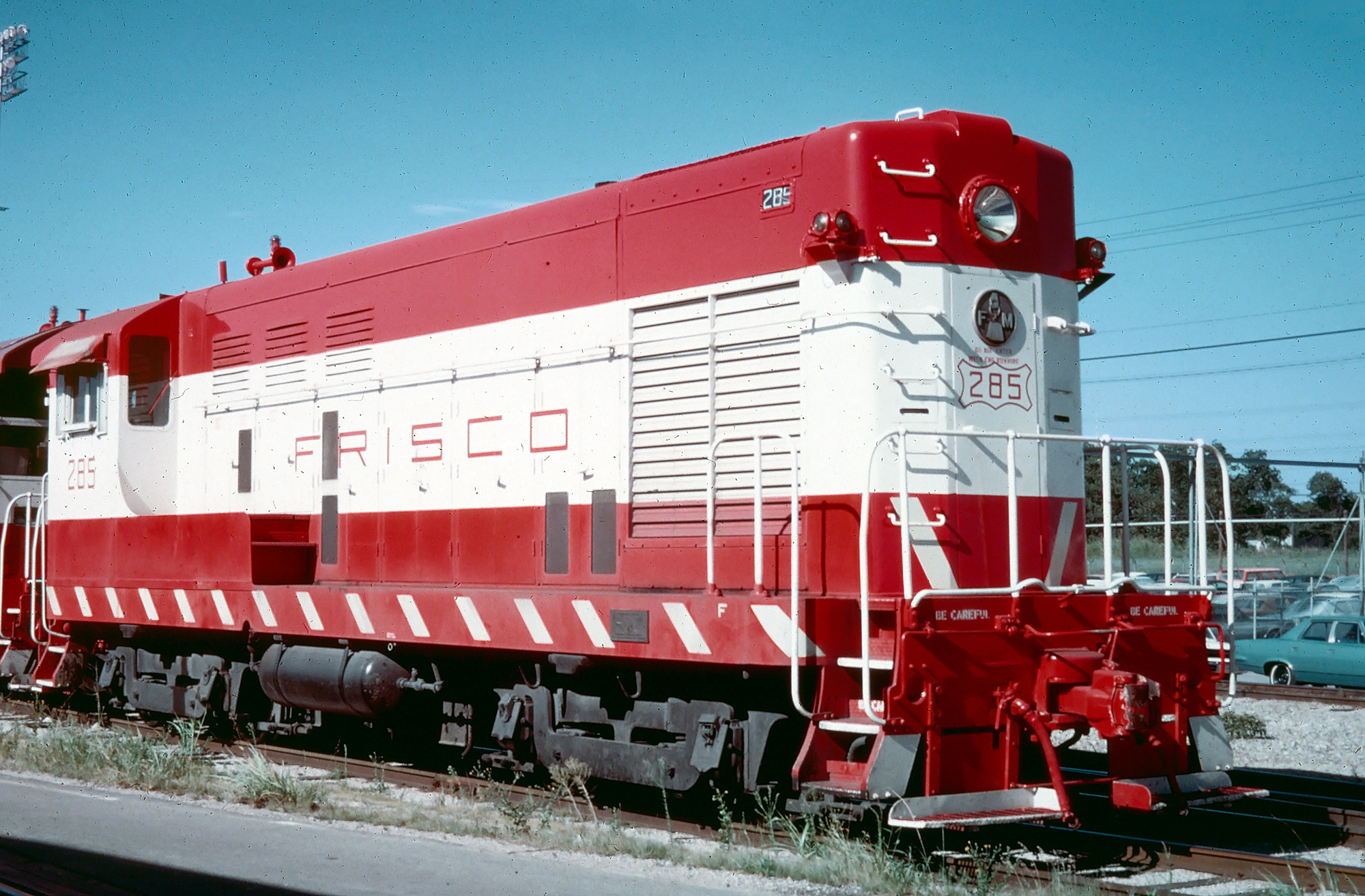 As John Kirkland points out in his book, "The Diesel Builders: Fairbanks-Morse And Lima-Hamilton," the heritage of what became the H10-44 has many "firsts" but can essentially be traced back to two test-bed models FM manufactured for the Southern Railway and Reading: a diesel-powered rail car and a small switcher.

The former was the first to utilize FM's 2-cycle, 38D8 1/8 O-P prime mover.  The cars were essentially used for baggage with the carbodies manufactured by the St. Louis Car Company.

All internal electrical equipment was supplied by Westinghouse, which also supplied Baldwin with most of its diesel locomotives.

The Reading's switcher, numbered 35, also entered service in 1939.  It was, however, not powered by an O-P engine (but did utilize an FM prime mover).  As such, it is recognized as the first locomotive to feature an FM diesel engine.

The switcher was also manufactured by St. Louis Car and somewhat resembled a beefed-up General Electric design from the same era.

It featured a pair of model 46A86, 4-cycle engines that could produce 300 horsepower each for a total of 600 horsepower.

Once again Westinghouse supplied all electrical equipment.  After delivery to Reading on December 31, 1939 it entered service at Wayne Junction, Philadelphia on January 4, 1940.  Soon after, the locomotive was renumbered 97.

There was also the advantage of having headless cylinders; the two pistons worked vertically within a central chamber.

Of course, the trade off was excess burn-off during startup as lube oil occasionally found its way into the exhaust gas passages and two crankshafts meant a more finely detailed understanding of maintaining the power plant.

The H10-44 featured B-B trucks and a high hood with the cab off-set to one end.  As Mr. Kirkland notes, the switcher was essentially a Baldwin design with an O-P engine.

Fairbanks-Morse adopted many Baldwin features into its initial including the use, once more, of Westinghouse for all electrical equipment. 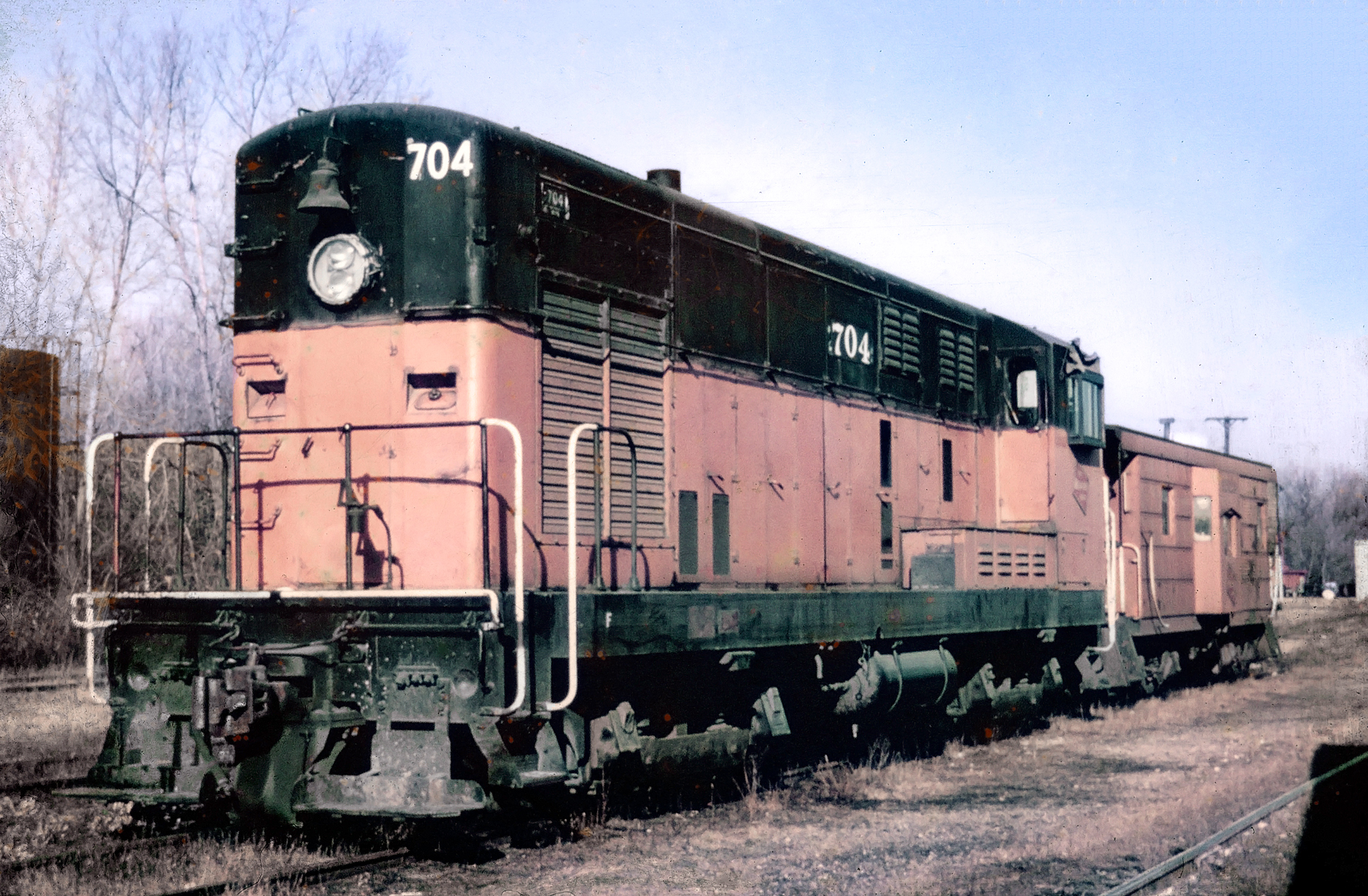 While some railroads and shop forces complained of FM's complicated opposed-piston design no one could argue with the incredible tractive effort and pulling power its locomotives offered.

For instance, the H10-44 could produce 72,000 pounds of starting tractive effort and 34,000 pounds continuous. Similar models offered by Alco and EMD could simply not match this; this ability, among other things, helped immensely in getting a train moving quickly.

FM's modeling designation was rather straightforward, although the use of "H" to designate "Hood" became confusing when the company released road-switchers with a similar hood only on a longer carbody.

While the H10-44 was only marginally successful from a sales standpoint (195 units were ultimately produced), it is not necessarily because Fairbanks Morse's models were unreliable.

The engine was a proven rugged design as Kirkland notes; their issue were largely one of maintenance personnel being unfamiliar with them during an era when Electro-Motive was the primary motive power on many railroads.

During the course of production there was one major change to the H10-44, a switch from a 125-volt to 75-volt control system.

This was to conform to Association of American Railroads (AAR), industry standards.  In doing so, Westinghouse switched to slightly different models of the electrical equipment it supplied FM, which will be noted in the below data sheets.

Baltimore & Ohio #306-307, completed in December, 1948, were the first units to feature the updated 75-volt system and internal equipment.

In addition, during the course of production, FM tried to enter the field of traction motors and its auxiliary equipment (generators, fans, etc.).

The first locomotives to use Westinghouse traction motors in conjunction with FM generators was a batch of nine units manufactured for the Nickel Plate Road between December, 1948 and April, 1949 (#125-133).

Later, the first units to roll out of Beloit with all FM electrical equipment was Wabash #382-383 in March, 1949.  As Mr. Kirkland notes, FM's designs proved unsatisfactory and some future switchers reverted back to Westinghouse equipment. 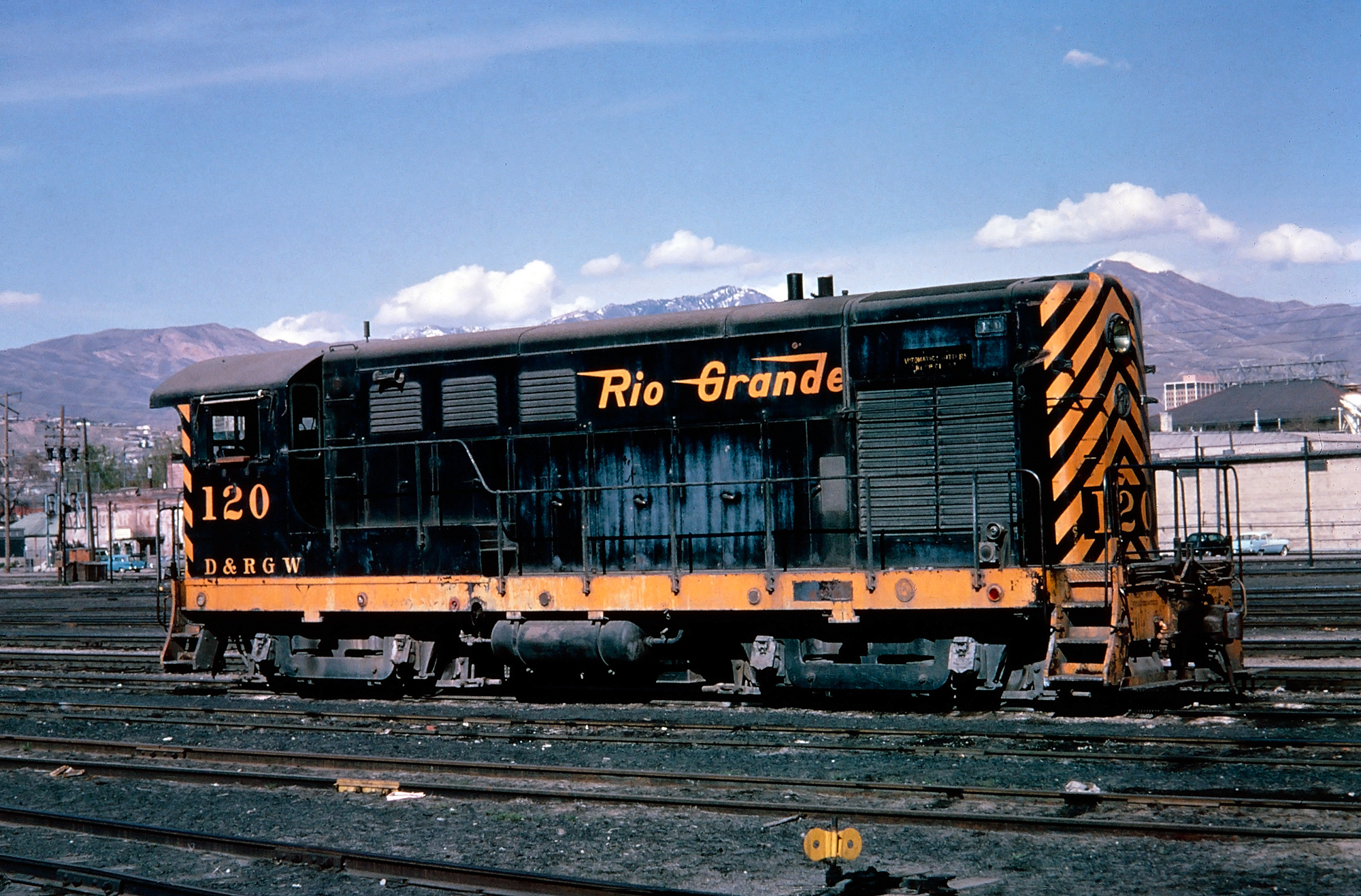 By the time production had ended on the H10-44 in April of 1950 Fairbanks Morse had sold 195 units to a wide range of Class I and smaller railroads (the PRR purchased the most, 55).

The former unit #760) was the first ever produced by Fairbanks Morse and is one of the only examples of its diesels that is still in operating condition at the Illinois Railway Museum.