The City of Denver

The City of Denver was just one train in the Union Pacific’s premier fleet of passenger trains. As one of the first streamliners released the Denver was incredibly popular with the traveling public.

The UP would go on to host an entire array of other plush City trains including the City of Portland, City of Los Angeles, City of Salina, City of St. Louis, City of San Francisco, and City of Las Vegas.

Originally a joint operation with the Chicago & North Western, the Denver was quite successful and its name remained on UP's timetable until the startup of Amtrak.

Today, the City fleet can still be witnessed, in a manner of speaking, as the UP’s official business train is not only decorated in the Cities’ classic livery but also includes the original equipment from them, right down to the two E9As and E9Bs that power it! 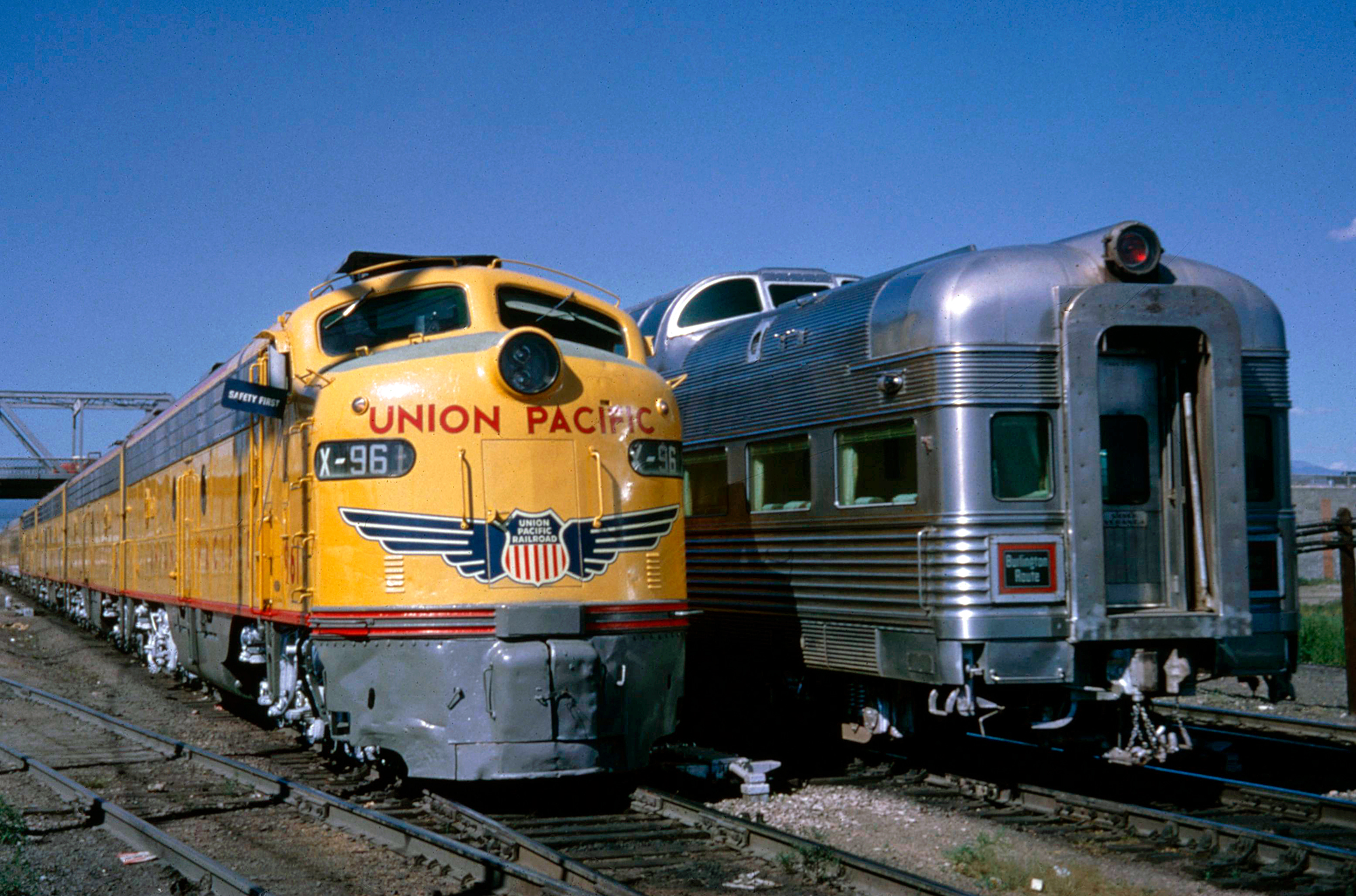 Union Pacific E9A #961 awaits departure from Denver Union Station with train #112, the eastbound "City of Denver," on the afternoon of July 2, 1963. Burlington's "Denver Zephyr" can be seen in the next track over. American-Rails.com collection.

The original City of Denver took to the rails on June 18, 1936 as the railroad's M-10005 and M-10006 semi-articulated trainsets from the Electro-Motive Corporation (of which the railroad owned a total of seven).

These trainsets featured three baggage cars on the head-end (two were combination RPOs/bars), a diner, three sleepers, and a sleeper-lounge observation.

The train was bedecked in western themes (for instance, its cars were adorned in a rustic, frontier/western style using lots of wood and even rifles and animal heads for interior decorations).

It was one of the first streamliners in service between Denver and Chicago offered a blazing fast schedule dazzling the public, and ridership quickly exploded.

A 1952 consist of the "City of Denver." Author's collection.

A 1958 consist of the "City of Denver." Author's collection.

Of course, the train had stiff competition in this market, the Chicago, Burlington & Quincy and its Denver Zephyr, which was inaugurated soon after the City of Denver.

The two trains competed vigorously for decades and because of their fast schedules, high quality of service, and accommodations both were quite successful. For the Denver's part it could make the run between Chicago and Denver in about 16 hours, carrying an average train speed of nearly 67 mph.

In the 1950s the Denver was completely reequipped with equipment built by Pullman-Standard, American Car & Foundry, and power provided by EMD (originally E7s, and later E8s and E9s). 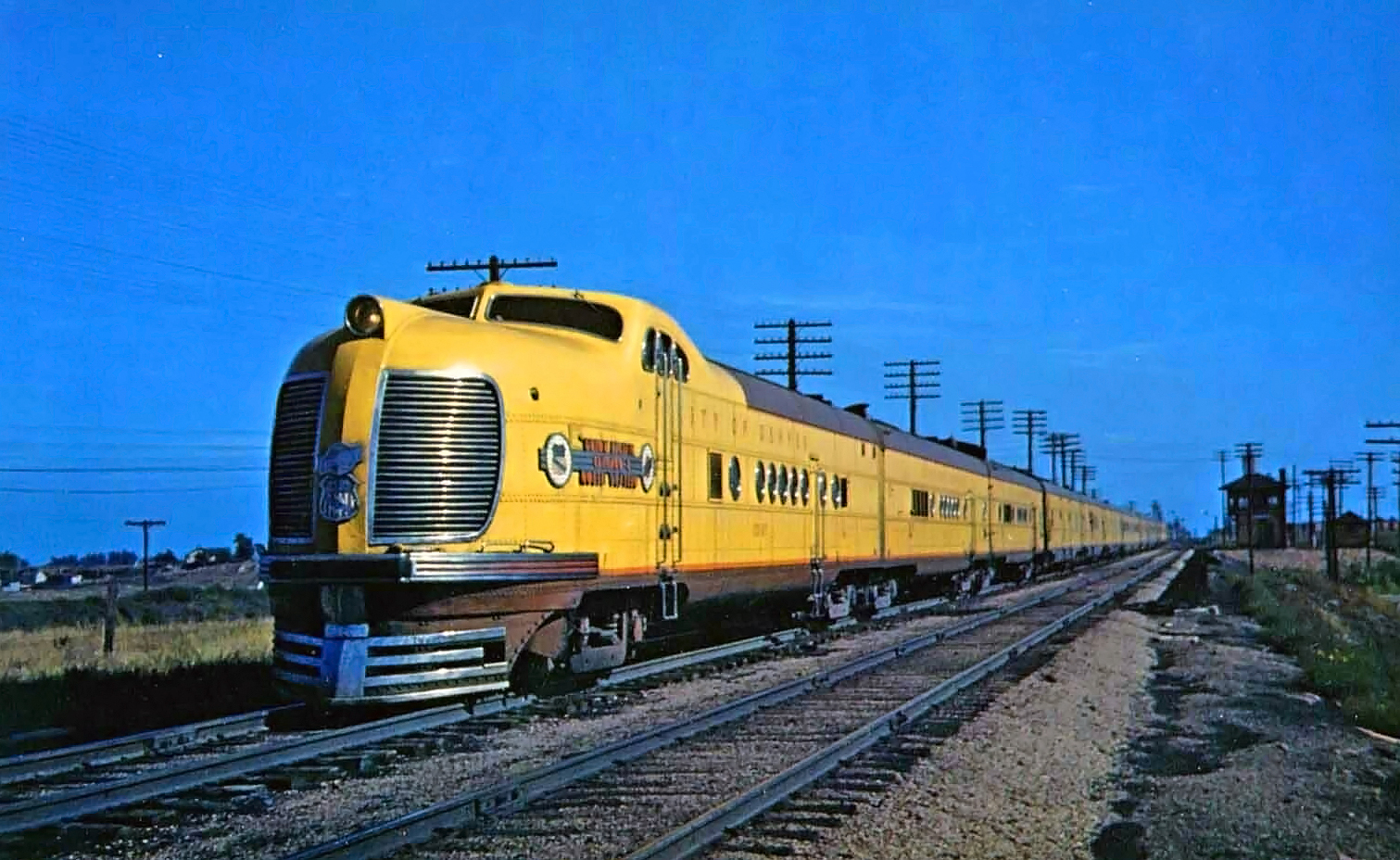 This new equipment included diners, lounges, coaches, sleepers, and observations.   Like several of the UP’s City trains, for the first twenty years or so of the Denver’s existence it was operated in conjunction with the Chicago & North Western Railway which ferried the train from Omaha, eastward to Chicago.

This setup lasted until 1955 when the UP, dissatisfied with the services C&NW was providing handed the train over to rival Milwaukee Road, a partnership that would last until the train’s end.

It was also during this time that the train finally received Domeliners around 1960, when it was combined with the City of Portland between Chicago and Denver (a slight reroute as both now bypassed Cheyenne). 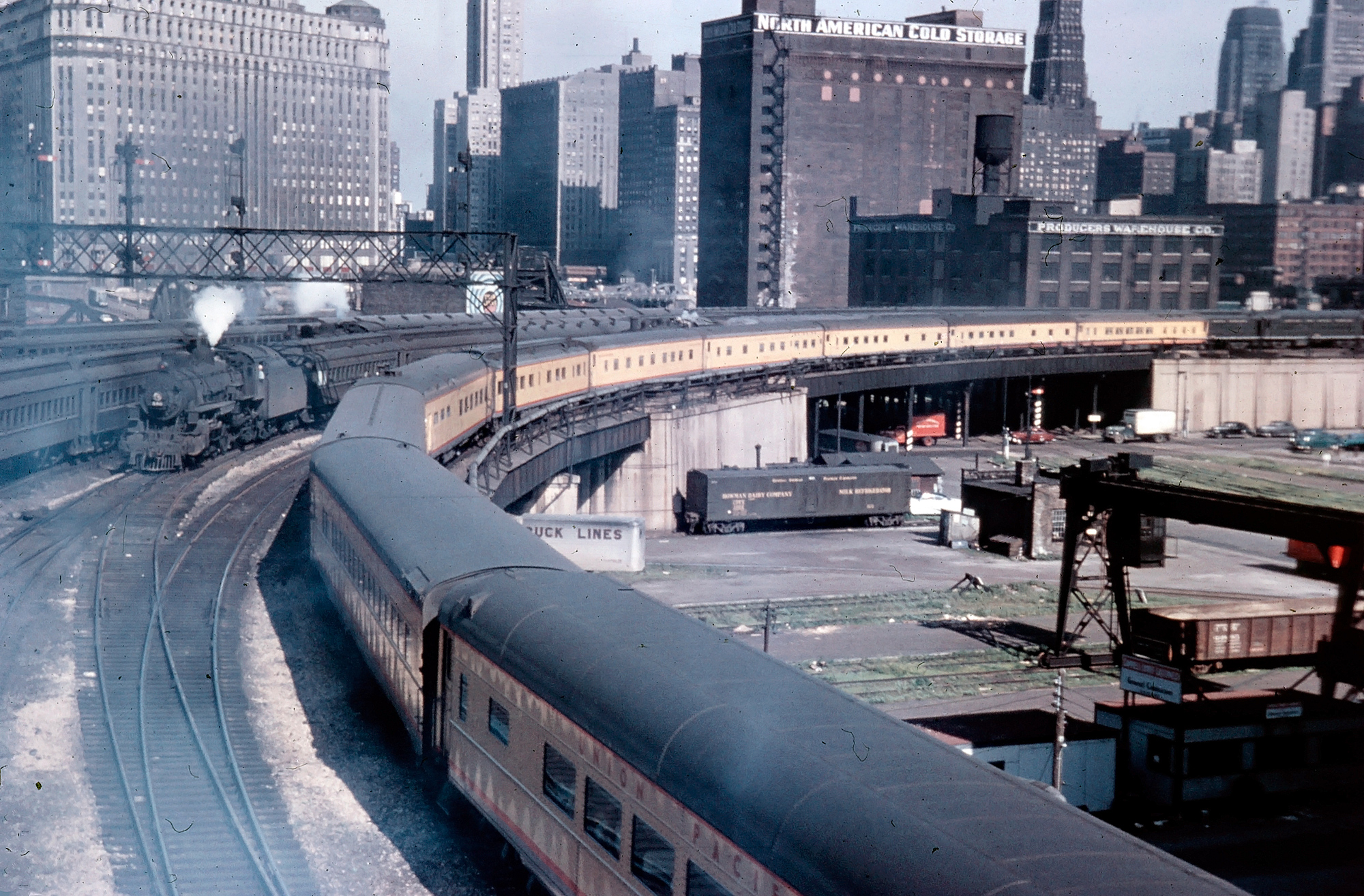 Interestingly, the CB&Q had almost always operated domes on its Denver Zephyr, which was one of its marketing attributes.

However, Union Pacific declined to purchase domes for its train on the basis that the scenery was rather subdued along its route and much of the trip was during nighttime hours anyway.

While thee City of Denver competed directly with the Burlington’s Denver Zephyr to a lesser degree it also competed with the Rock Island’s Rocky Mountain Rocket. 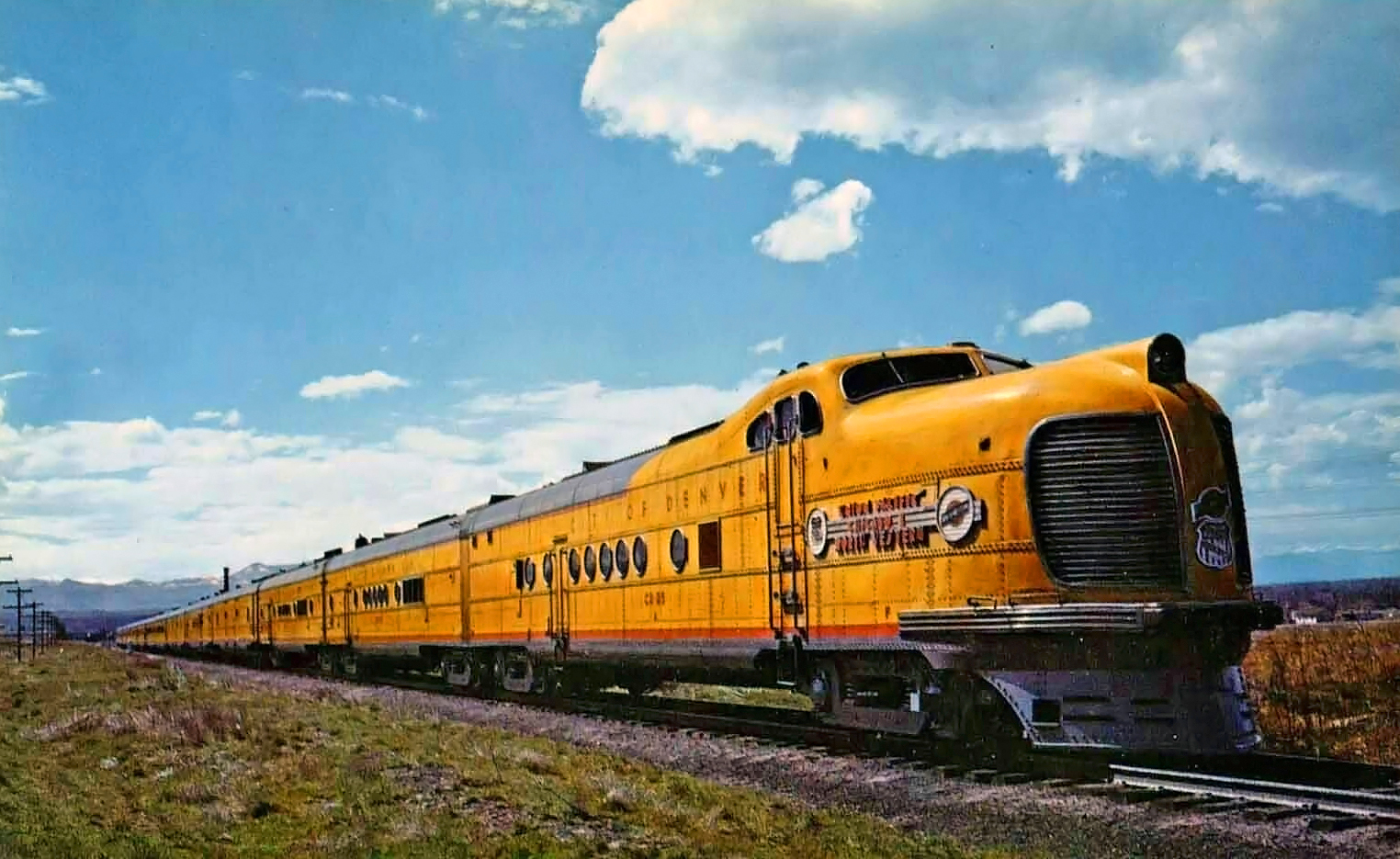 While the Rock Island's train was never quite as popular as its two competitors' the railroad still found success with its train due to the large population centers serving its route.

Through the end the Denver, along with her sister City trains, remained a top-notch, all matching consist operation by Union Pacific.

By the late 1960s as ridership slowly slid away the UP had all but combined its entire fleet east of Wyoming into one, large, singular train.

While service remained at a high level this, however, did not secure the Denver or other City trains’ futures as they were all discontinued with the startup of Amtrak in the spring of 1971. A semblance of the City fleet, though, can still be seen in Union Pacific's official business train.