During the era of Electro-Motive's 567 prime mover the builder manufactured numerous switchers in a variety of horsepower ratings.

Over time, the more powerful models in the 1,000-1,500 horsepower range witnessed the highest sales although EMD's product was so popular at the time even its lighter switchers enjoyed success.

The SW8 was once such example that saw more than 300 manufactured in the United States and Canada between 1950-1954.

Once again, interest for the model varied from major Class I's to private industries and short lines.  Even the U.S. Army acquired 41 examples.

The resiliency of the SW series is something to behold as SW8's can still be found in operation throughout North America.  It can be found in service ranging from short lines and industrial settings to pulling excursion trains. 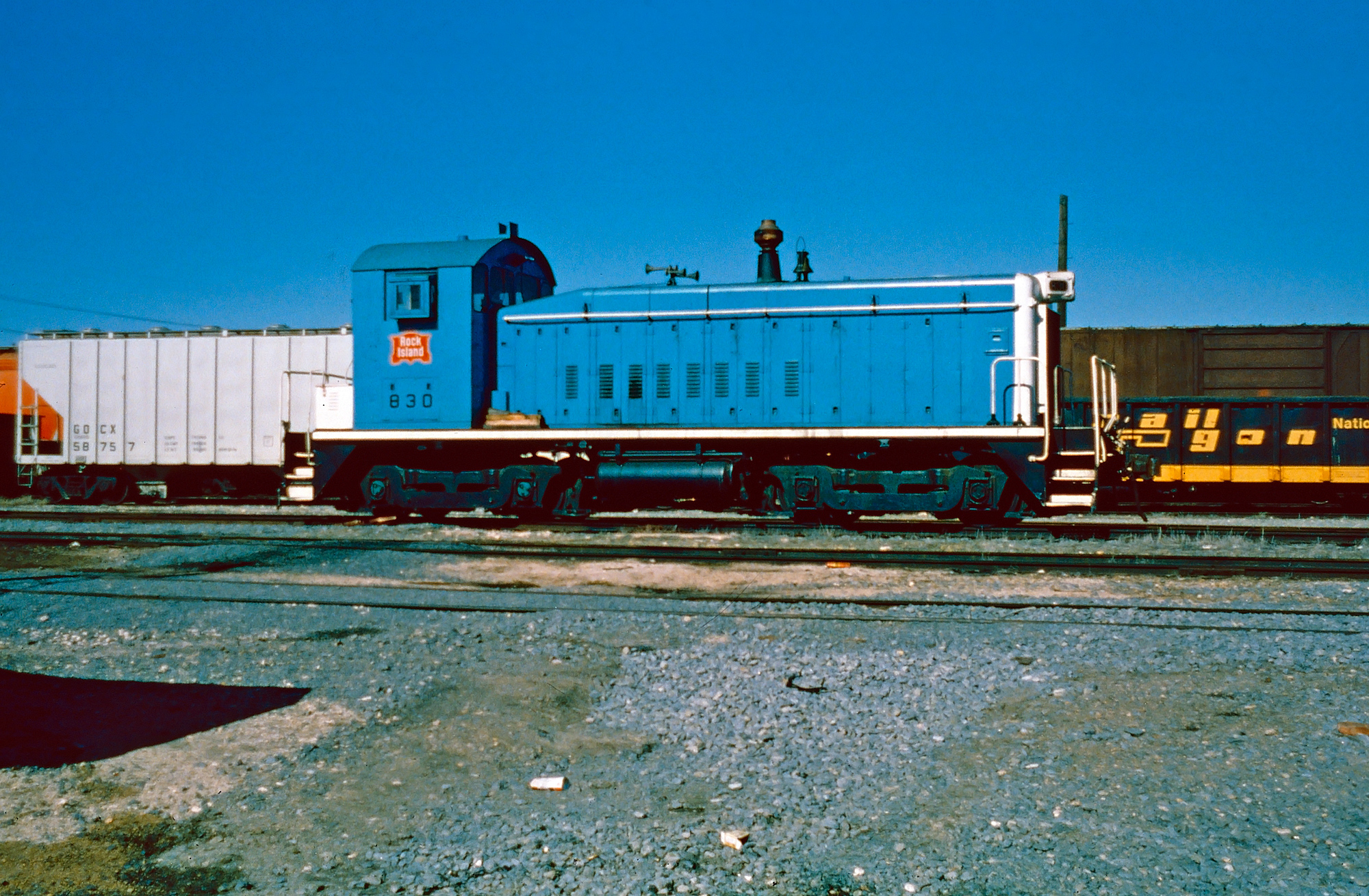 Rock Island SW8 #830 lays over at Hodges, Texas on January 29, 1984. At the time of this photo the locomotive was en route from El Reno, Oklahoma to the former Biddle Yard at Little Rock, Arkansas where it handled remaining clean up operations on the old Southern Division. Mike Bledsoe photo. American-Rails.com collection.

Outwardly, the SW8 was not drastically different from the SW7, or even the NW2, sporting EMD's classic tapered hood near the cab.  However, one external difference was a single, centered exhaust stack instead of two, the result of the switcher's 8-cylinder power plant.

Jerry Pinkepank goes on to state in his book, "Diesel Spotter's Guide," as all of these models used the same carbody the only way to tell the SW8 apart from the others was the louvers; it featured six in the battery box behind the cab while the others had only five.

Internally, the SW8 sported the 8-cylinder, 567B prime mover that could produce 800 horsepower.   While this rating was similar to other switchers in its class, which ranged from 600-900 horsepower, interestingly it was far less than the 1,200 horsepower SW7.

Electro-Motive's model classification system for switchers is difficult to follow as the meaning given to the letters and numbers were changed more than once. 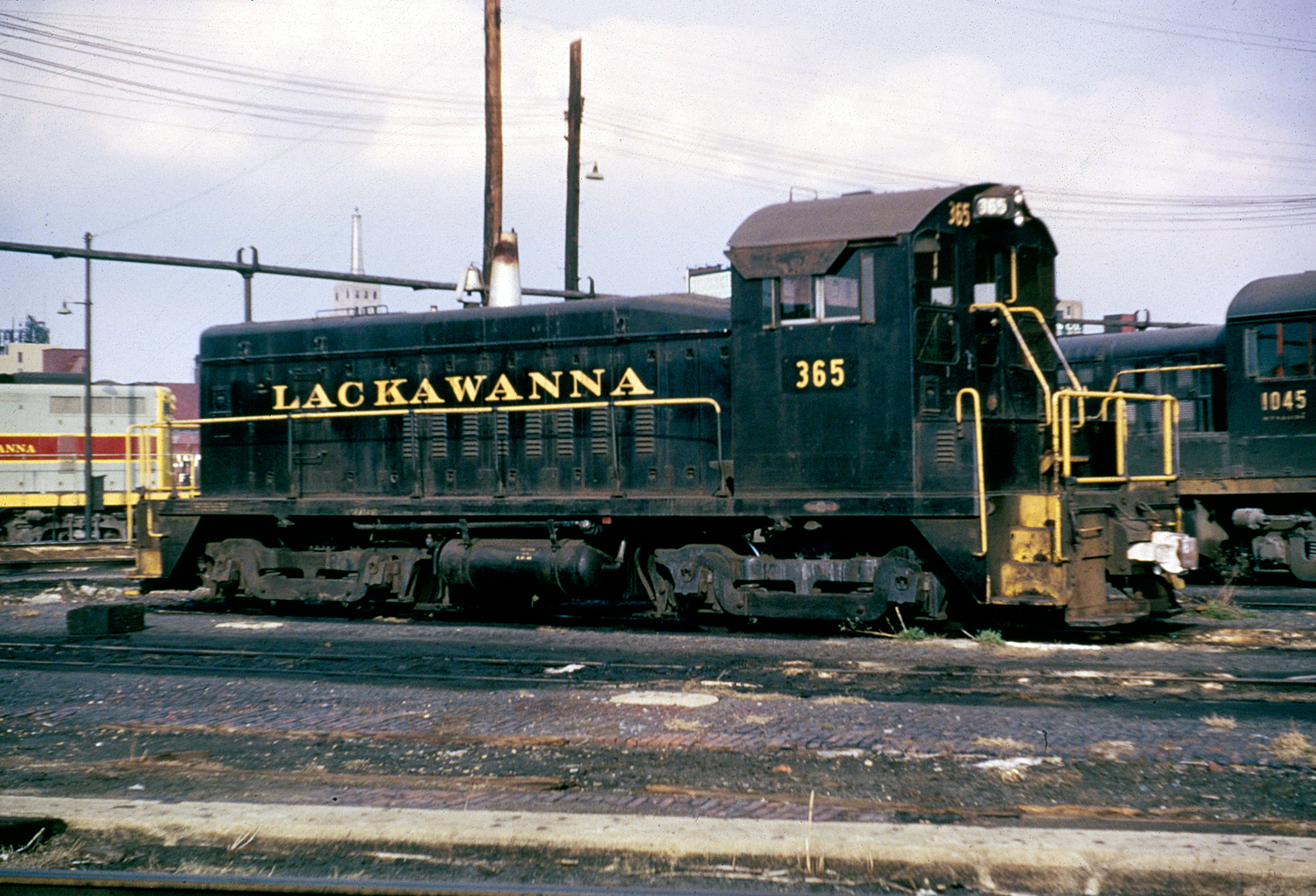 Erie Lackawanna SW8 #365, still in its Delaware, Lackawanna & Western markings (built as #505), lays over at the former DL&W roundhouse and shops in Scranton, Pennsylvania during the early 1960s. American-Rails.com collection.

Again, these wide range of buyers can be explained by the intended use EMD designed the locomotive which included yard duty, light branch line work, and shuffling cars through industrial settings.

SW8's completed from trade-in units, reusing the same serials as their predecessors. 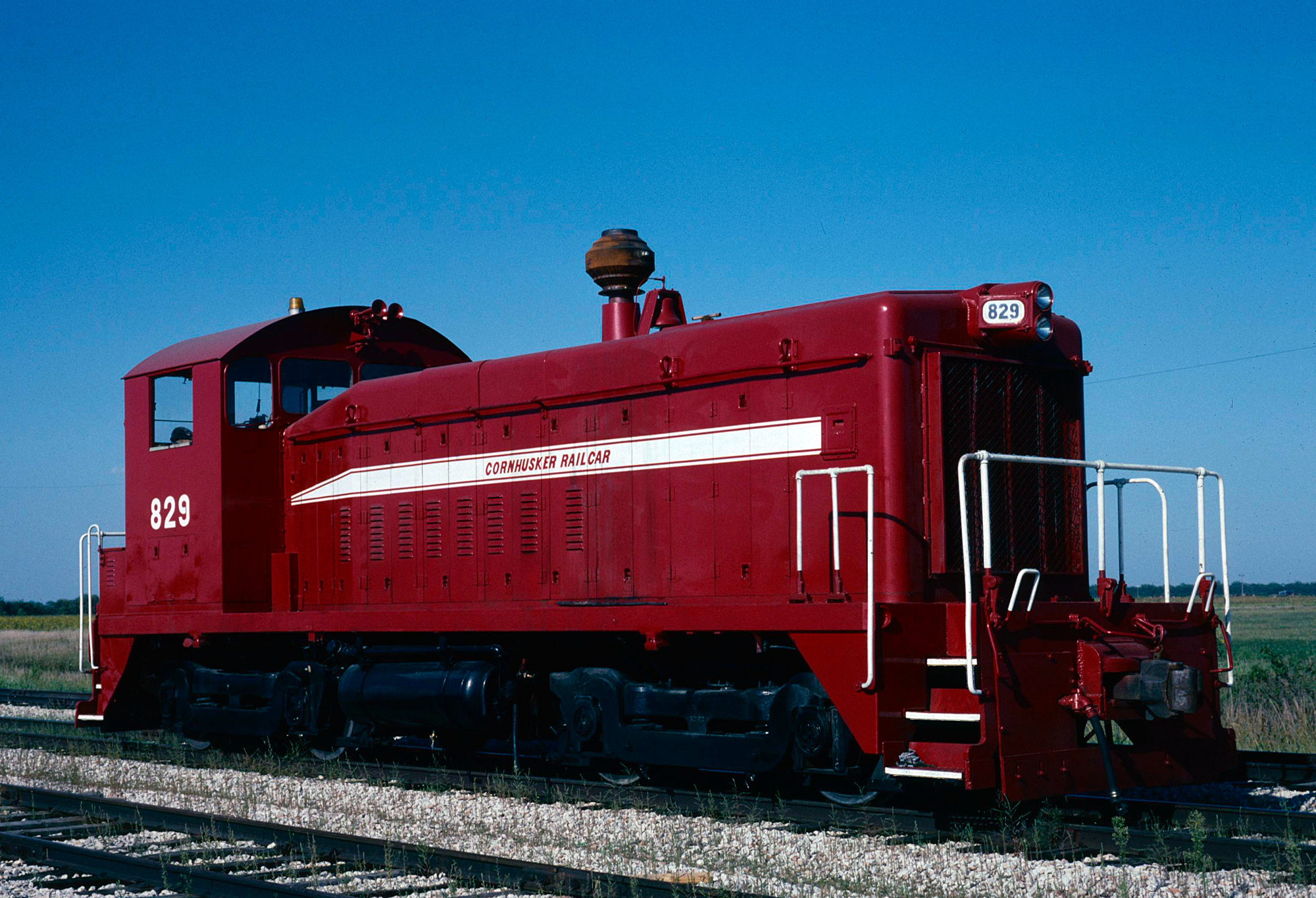 As for the cow/calf TR6 just twelve sets were built; one demonstrator (that went to Southern Pacific), eight for the Oliver Iron Mining Company, and three more to SP.

Once again, the reliability and versatility of the SW series has been well represented in the SW8 as numerous models continue to perform admirably in all types of settings.