The RSC2 was the Alco's six-axle version of its RS2. It's purpose, as with all of the builder's RSC models, was to decrease the locomotive's axle loading for light branch line work.

In other words, the weight was spread over a wider area (six axles instead of four). A number of railroads were pleased with the concept as the locomotives could handle duties on secondary corridors where track was typically under 100 pounds.

Interestingly, American Locomotive may have never developed a six-axle road switcher had it not been for the US Army, which requested such as a variant of RS1 model known as an RSD-1.

When Alco cataloged the RSC2 many railroads saw little use for a six-axle locomotive and as such, few sold.

The RSC3 of the early 1950s was the final A1A-A1A design the builder offered to domestic railroads (its Montreal Locomotive Works branch did catalog an RSC13 and RSC24 for Canadian lines through the late 1950s).

Today, at least one RSC2 is preserved, Milwaukee Road #988 at the Mid-Continent Railroad Museum in North Freedom, Wisconsin. 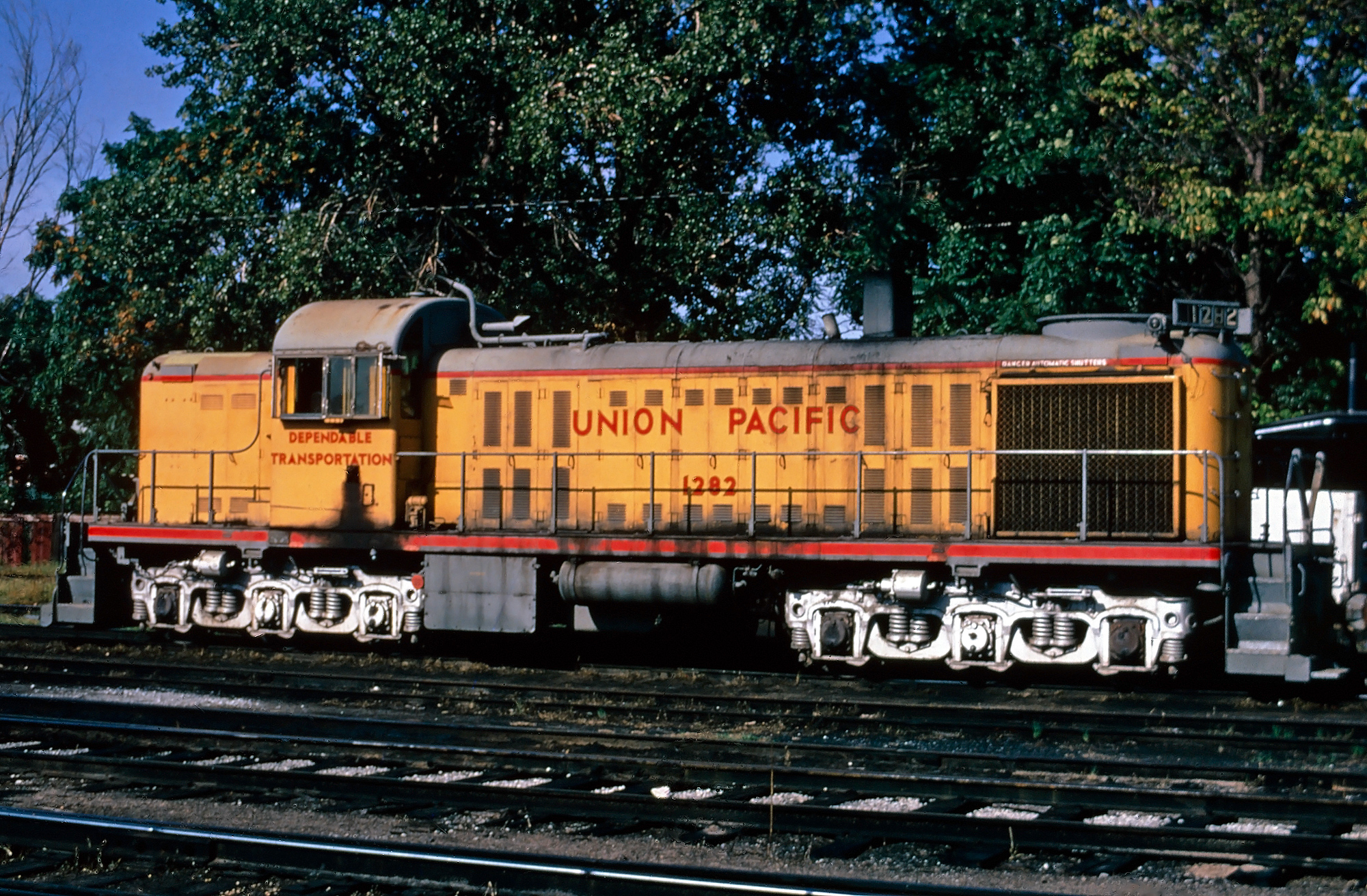 The RSC2 began production alongside its sister model, the RS2, in 1946 using the same model 244 prime mover.  Railroads still had yet to embrace such a design and even market leader Electro-Motive had difficulty selling its six-motored SD7 and SD9.

Nevertheless, following the Army's interest in the RSD-1, Alco pursued the concept for domestic production.  At 1,500 horsepower, the RSC2's primary advantage was weight distribution.

From a historical perspective, Alco initially never cataloged an RSC-2 model during production.  This point is explicitly stated in John Kirkland's book, "The Diesel Builders Volume Two."  If you are able, locate a copy of this out-of-print resource.

It not only offers an in-depth look on Alco's diesel production but also how railfans of the era came up with model designations the builder never actually used.

In the RSC-2's case, the model was initially part of Alco's RS2 class (specification E1661) with little distinction made between the two aside from their specific model numbers.  As Kirkland points out, the "RSC-2" designation was added two years after the model had ended production.

The advantage of the A1A-A1A design meant that the already lightweight model (at just 117.5 tons) could more easily negotiate secondary and branch lines that were laid with lighter rail.

One railroad that found the model quite useful was the Milwaukee Road.  The Milwaukee was the first railroad to begin receiving its batch of RSC2s in November, 1946 wishing to test its usefulness and effectiveness on secondary lines; in this case its Valley Division in north-central Wisconsin (and headquartered in Wausau).

Interested in the maintenance savings, as well as retire its fleet of steam locomotives, the Milwaukee employed its first eighteen RSC2s on the route where they proved quite effective.

The railroad would go on to roster twenty-two RSC2s and in future years returned to Alco for many of its six-axle Road Switcher models.

In later years the locomotives were replaced by Electro-Motive's SDL39, a special variant built only for the Milwaukee that was used in a similar fashion.  The Seaboard Air Line turned out to be the largest  buyer of the RSC2.

However, unlike the Milwaukee, the SAL assigned theirs to various tasks.  The first thirty-one delivered between 1947 and 1949 (#1500-1530) were used in light branch work.  The rest, however, including #1531-1536 were all equipped with steam generators and used in passenger service.

Interestingly, after less than a decade of service the Seaboard re-trucked several to four axles after they began experiencing wheel slip issues.  Only eleven remained in service after 1965 and all were retired by the Seaboard Coast Line after 1974.

Mechanically, the RSC2 was all but identical to its four-axle cousin save for just a slight increase in length at 55 feet, 11 inches. The RSC2 was produced until 1950 but sold less than 100 units (whereas the RS2 sold over 400).

Still, four Class I railroads purchased the RSC2 with the Seaboard Air Line owning the most, 37 (the Soo Line owned four units and the Union Pacific purchased another 10 with the rest purchased by foreign lines).