The H12-44 was Fairbanks Morse's most successful diesel locomotive, with nearly 400 constructed over an eleven year period.

While FM featured an opposed-piston prime mover that some railroads found complicated, the company's products were nevertheless rugged machines and quite reliable when understood by maintenance personnel.

This particular model looked quite similar to its predecessor, the H10-44, save for a slight increase in horsepower. While FM was able to sell a number of diesels through its Canadian Locomotive Company arm, it had difficulty finding sales in Mexico and outside of North America.

As it turned out, the H12-44 had one of the longest production runs of any FM model and so many were produced that at least sixteen domestic examples remain preserved today. 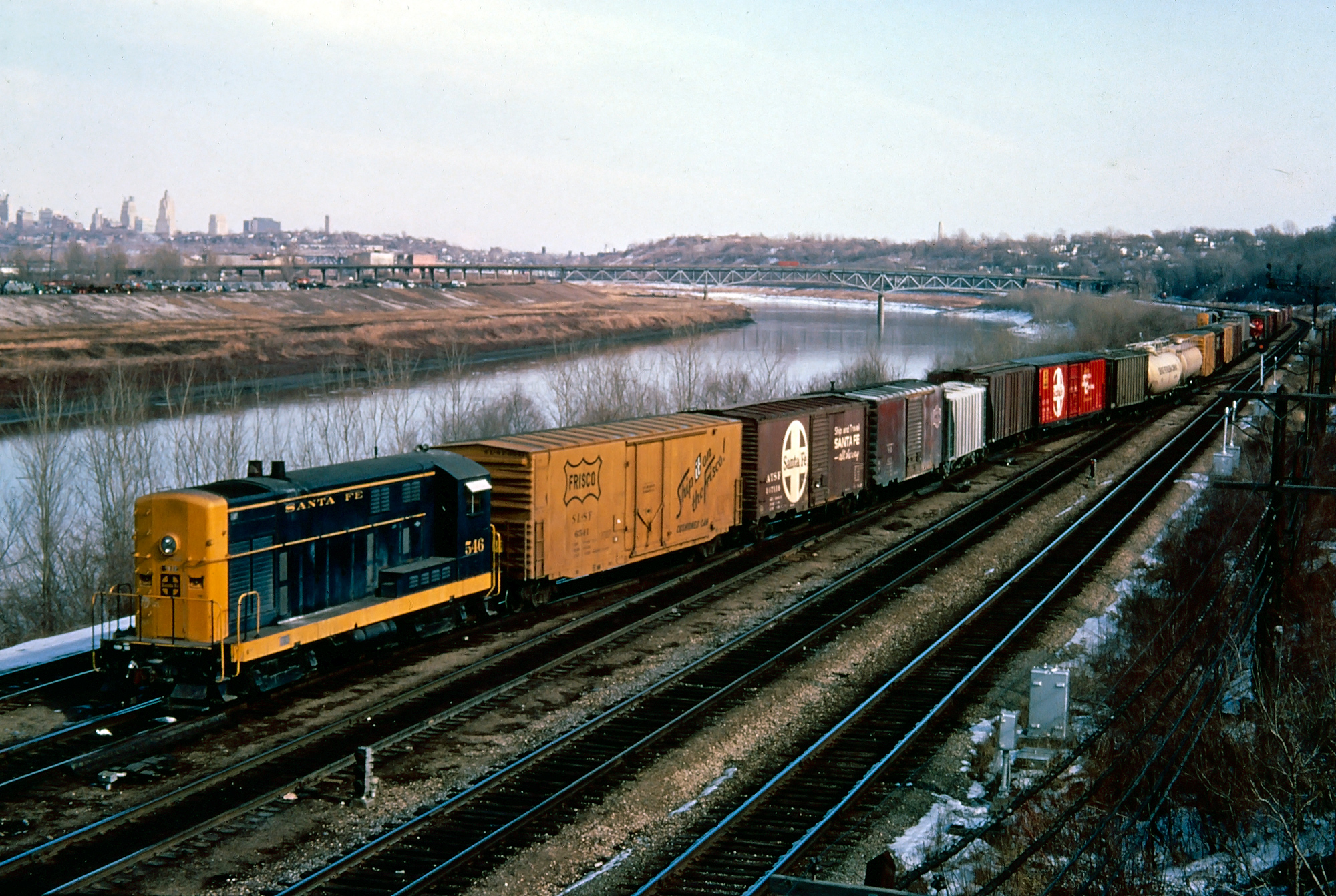 Santa Fe H12-44 #546 leads a string of cars into Argentine Yard during the 1960s. The Kansas City skyline can be seen in the background. American-Rails.com collection.

The H12-44 began production during May of 1950 following the earlier H10-44. Railroads liked this switcher and were even happier with the additional 200 horsepower found in its successor.

The carbody styling was again inspired by noted industrial designer Raymond Loewy.  However, to reduce production costs, FM simplified the design in the fall of 1952 removing many of the styling features Loewy had suggested.

It did not really take away from the model's attractiveness although the locomotive did sport a more basic, boxy appearance.

The FM H12-44 carried roughly the same tractive effort as its predecessor, and similar models in production by Alco and Electro-Motive. 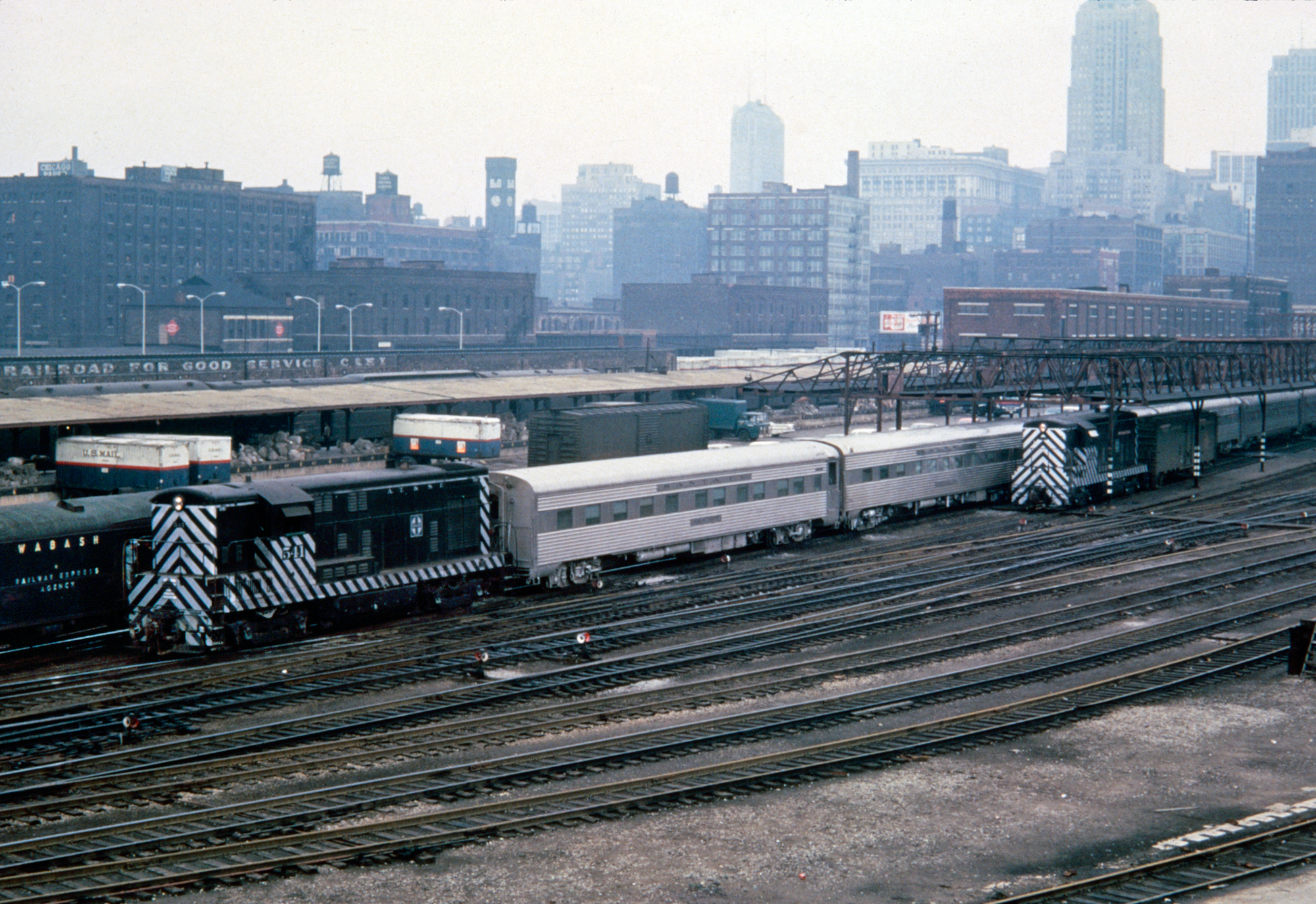 Thanks to the locomotive's relatively light-weight the H12-44 was ideal for use in both yard/switcher service and could also be used in light freight service with its respectable horsepower rating. 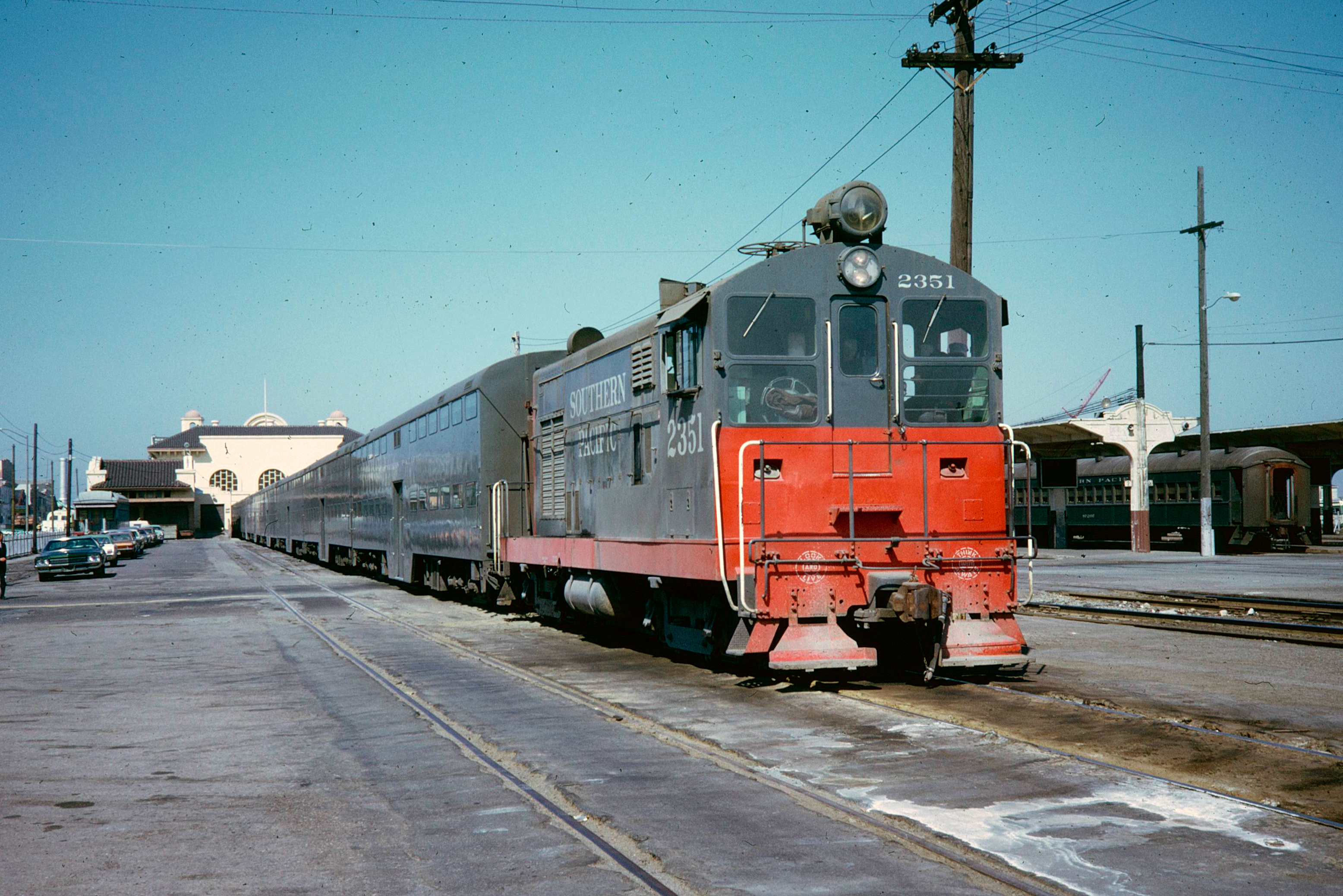 Overall the locomotive sold 320 units domestically in the U.S. and Mexico (1), and another 30 were built by subsidiary Canadian Locomotive Company (CLC) of Kingston, Ontario.

The Santa Fe certainly liked the switcher as the company wound up with 59 examples employing them heavily in light duty work.

The AT&SF also acquired three additional variants, the H12-44TS for terminal service at Dearborn Station (mentioned in greater detail below)

Generally, FM models sold relatively poorly although it is not necessarily because Fairbanks Morse's design was unreliable as historical texts often mention.

Once the FM O-P engine was well understood by maintenance departments it was quite reliable in service.

For instance, in regards to the H24-66 "Train Master," it has been noted by John Kirkland in his book The Diesel Builders Volume 1 that the locomotives performed admirably for more than 20 years on the Southern Pacific. 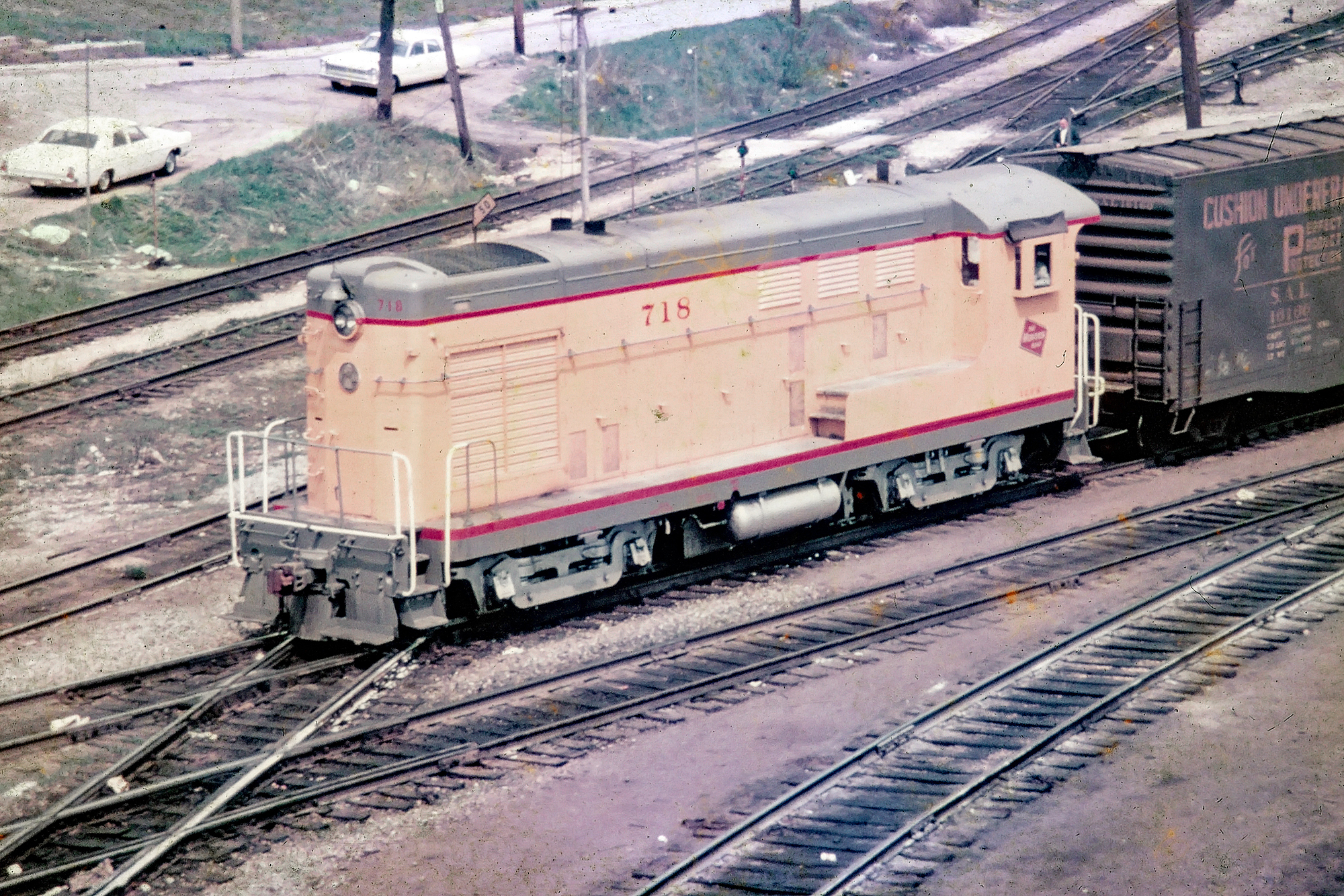 Milwaukee Road H12-44 #718 is seen here carrying out switching chores in Milwaukee in May, 1969. This unit was built as #1836 in November, 1951 and repainted into Union Pacific's "Armour Yellow" passenger scheme in July, 1964. Fred Byerly photo. American-Rails.com collection.

This was due to a maintenance team that understood the model, despite taking a daily beating in freight service (and later in commuter assignments around the Bay Area).

In any event, the H12-44 was purchased by a little more than a dozen Class I systems including industries Ayrshire Collieries, U.S. Steel - Fairless Works, Yankeetown Dock, and the Tennessee Valley Authority.

Even the U.S. Army bought the locomotive, 20 to be exact! FM's Canadian arm also built 30 for Canadian National Railway as well as an A1A-A1A design known as the H12-46. CN ultimately wound up with 30 examples of the variant built during the early 1950s. 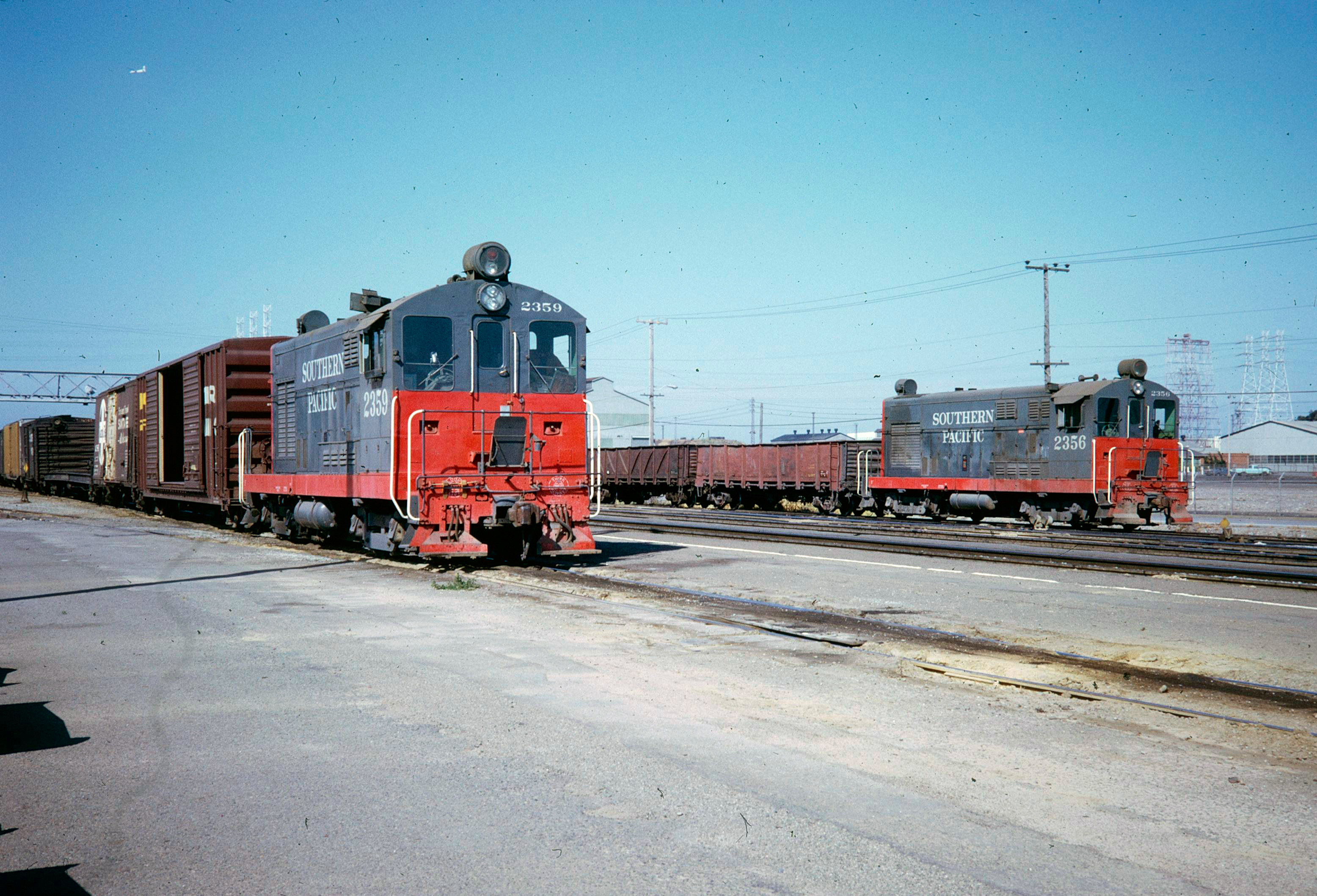 It should be noted that another variant was manufactured as well, the H12-44TS for the Santa Fe numbered 541-543. The AT&SF requested the locomotive for use in shuttling passenger trains and equipment around its Dearborn Station terminal in Chicago.

The locomotive was somewhat longer at 54 feet, 2 inches and featured the addition of a short hood ahead of the cab, which housed a steam generator to handle passenger passenger equipment.

This short hood gave the units the a road switcher-like appearance. However, they still offered 1,200 horsepower and a B-B truck arrangement. Santa Fe regularly employed the three units in yard service until 1972 when they were sold.