The C39-8 began as a testbed unit in 1984 and was part of General Electric's new "Dash 8" line.  This series included a total of four prototype models manufactured in a variety of horsepower ratings and axle settings.

Norfolk Southern was selected to receive the C39-8 and operated #8550-8551 that year.  The railroad was so pleased with the locomotive it not only acquired the two prototypes but also a large fleet consisting of more than 100 units.

These six-motored road-switchers would not only propel General Electric into first place but also keep the company ahead of Electro-Motive permanently.  In addition, future models like the C40-9W, C44-9W, and AC4400CW also saw thousands roll out of Erie.

The C39-8 spent more than 20 years operating on Norfolk Southern before the Class I retired its fleet in 2008.  Today, you can still find the locomotive in service on smaller roads although most of the original fleet is now operating in South America. 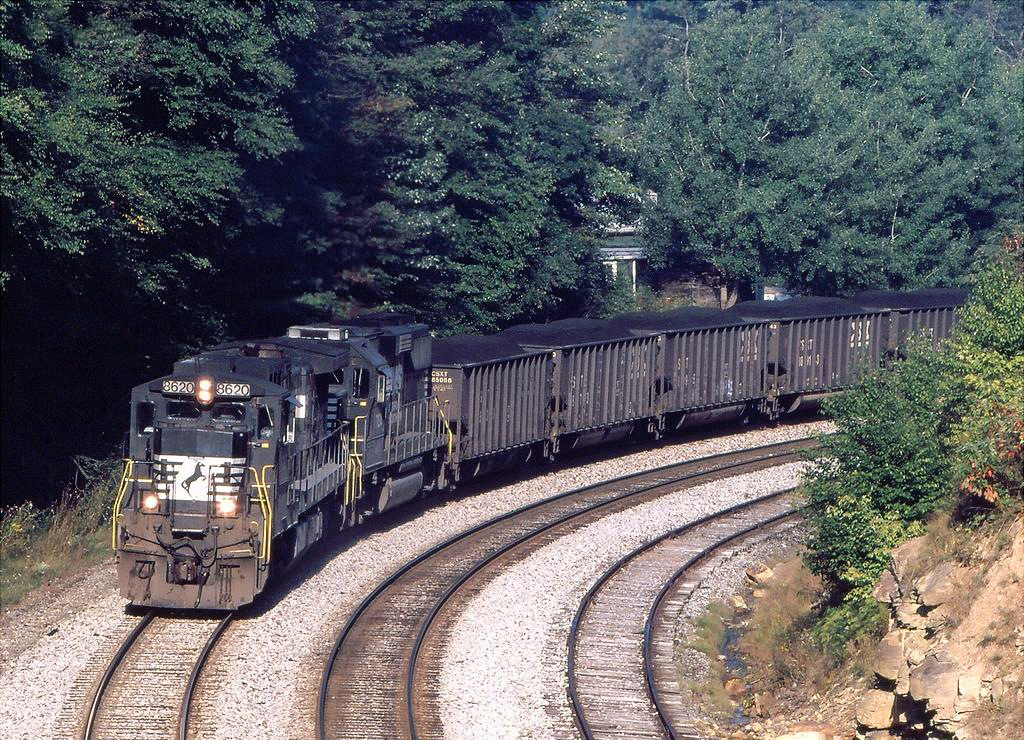 Eventually, GE offered a cataloged version of this locomotive that saw 40 examples sold to Southern Pacific (#8000-8039) and another 102 completed for General Electric Leasing known as the B39-8E.

Norfolk Southern had been purchasing GE products since its inception and both predecessors, Norfolk & Western and Southern Railway, had also experimented with the builder's earlier models.

Since testing the C39-8, NS became a loyal GE customer and this loyalty continues today under GE-successor Wabtec Freight.

Norfolk Southern not only acquired more than 100 examples of the C39-8 but in the following years also purchased thousands of Dash 8s, Dash 9s, and the Evolution Series that debuted in 2005.

Interestingly, while the "North American Safety Cab" of the late 1980s became standard on all future GE products, NS was a holdout for the Standard Cab through the early Dash 9 series.

As Brian Solomon notes in his book, "GE Locomotives," the railroad did not wish to spend the added cost of this new feature.

However, that changed in the mid-1990s when the wide cab became standard.  As a result, it was then more expensive to equip locomotives with a Standard Cab. 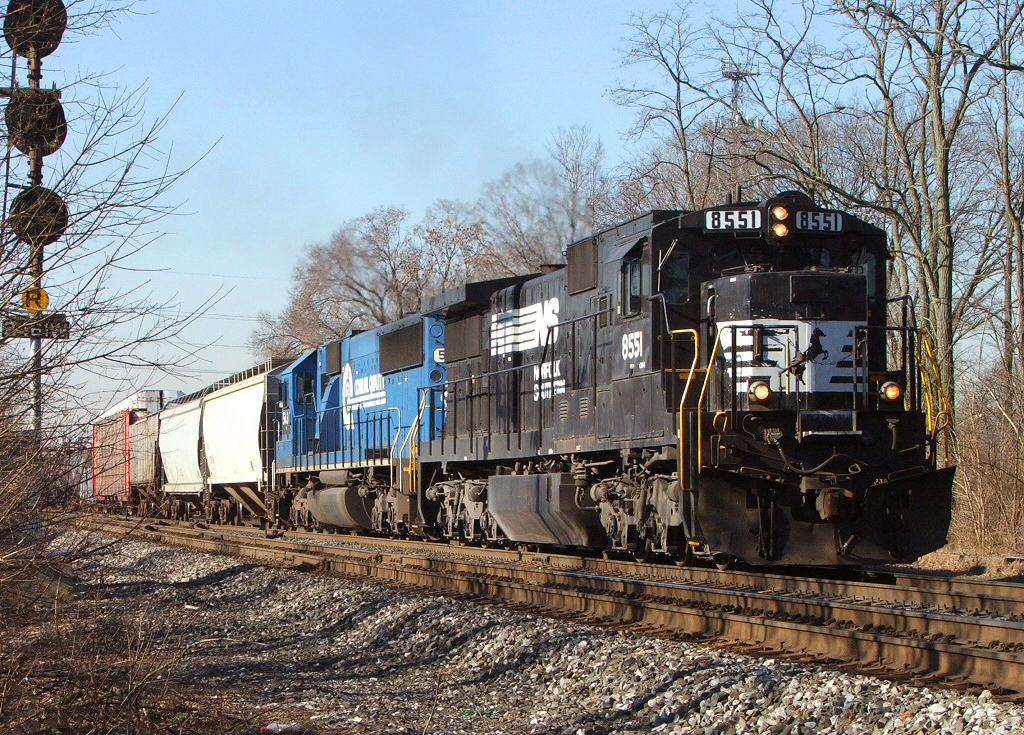 The Dash 8 series continued the model designations from the earlier Dash 7 line. In regards to the C39-8/E:

The "Enhanced" moniker was used to differentiate the pre-production Dash 8s (which it dubbed "Classics") from the cataloged variants.  The latter featured both internal and external improvements following the exhaustive road tests of the prototypes.

Interestingly, many of the production C39-8s carried the appearance of their prototype counterparts, in contrast to the other Dash 8 models that already featured these improvements. 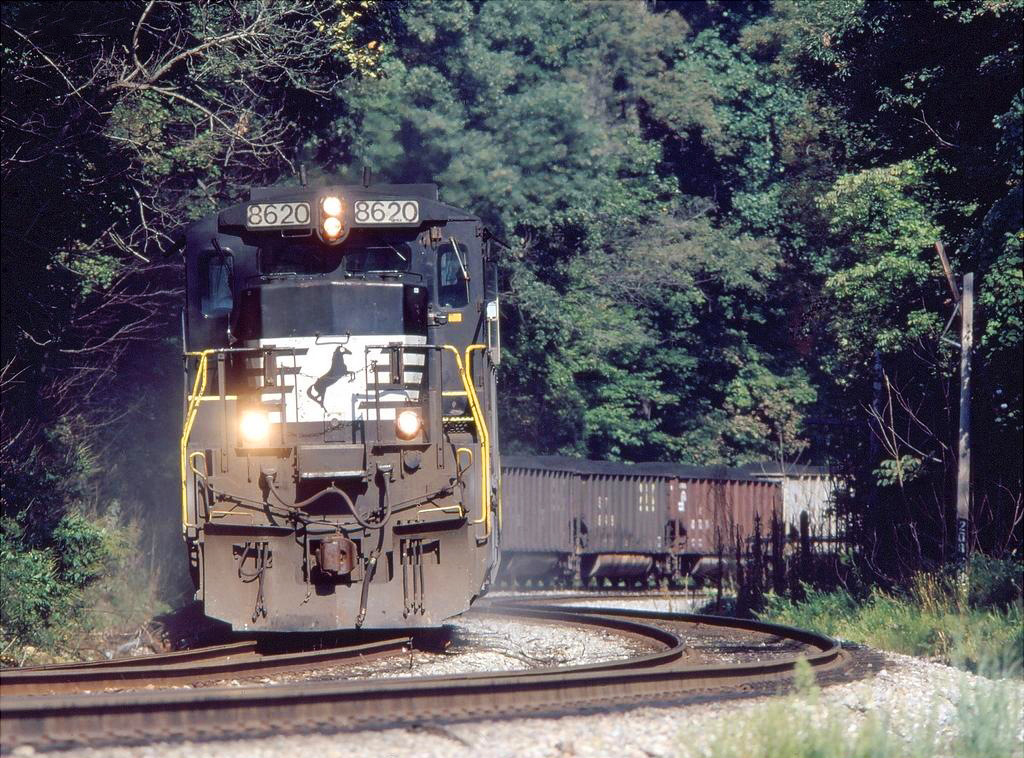 The original C39-8s sported a "bulge" behind the cab (housing dynamic brakes and the equipment blower), Dash 7-style winged rear radiator with flush vents, and a rounded cab that sat slightly lower than the roofline.

Their C39-8E counterparts, however, sported a much  more symmetrical appearance with pleasing lines including a cab flush with the roofline, lower nose, equipment blower and dynamic brakes that seamlessly melded into the carbody, and angled radiator vents.