The RS2 was Alco's second entrant in its Road Switcher series. Buoyed by the success of its earlier RS1 model, the American Locomotive Company released a more powerful version following the end of World War II.

Externally, the RS2 closely resembles the RS3, cataloged a few years later. However, it was somewhat less powerful.  At the time of the RS2's production, Alco was the leader in road-switchers.

The company had pioneered the concept, providing a rare moment in which Electro-Motive was the one playing catch up. The RS-1's were viewed favorably by the industry as railroads were quite pleased with the new lightweight, yet powerful concept.

The RS2 sold better than its earlier counterpart proving its predecessor was not a fluke.  In addition, new styling and increased horsepower paved the way for the very popular RS3.

It is a true shame the builder could not build upon these early successes; with EMD's GP7 release in the late 1940's it cornered the road-switcher market.  Today, the model is the least preserved of the early RS series, only a handful survive. 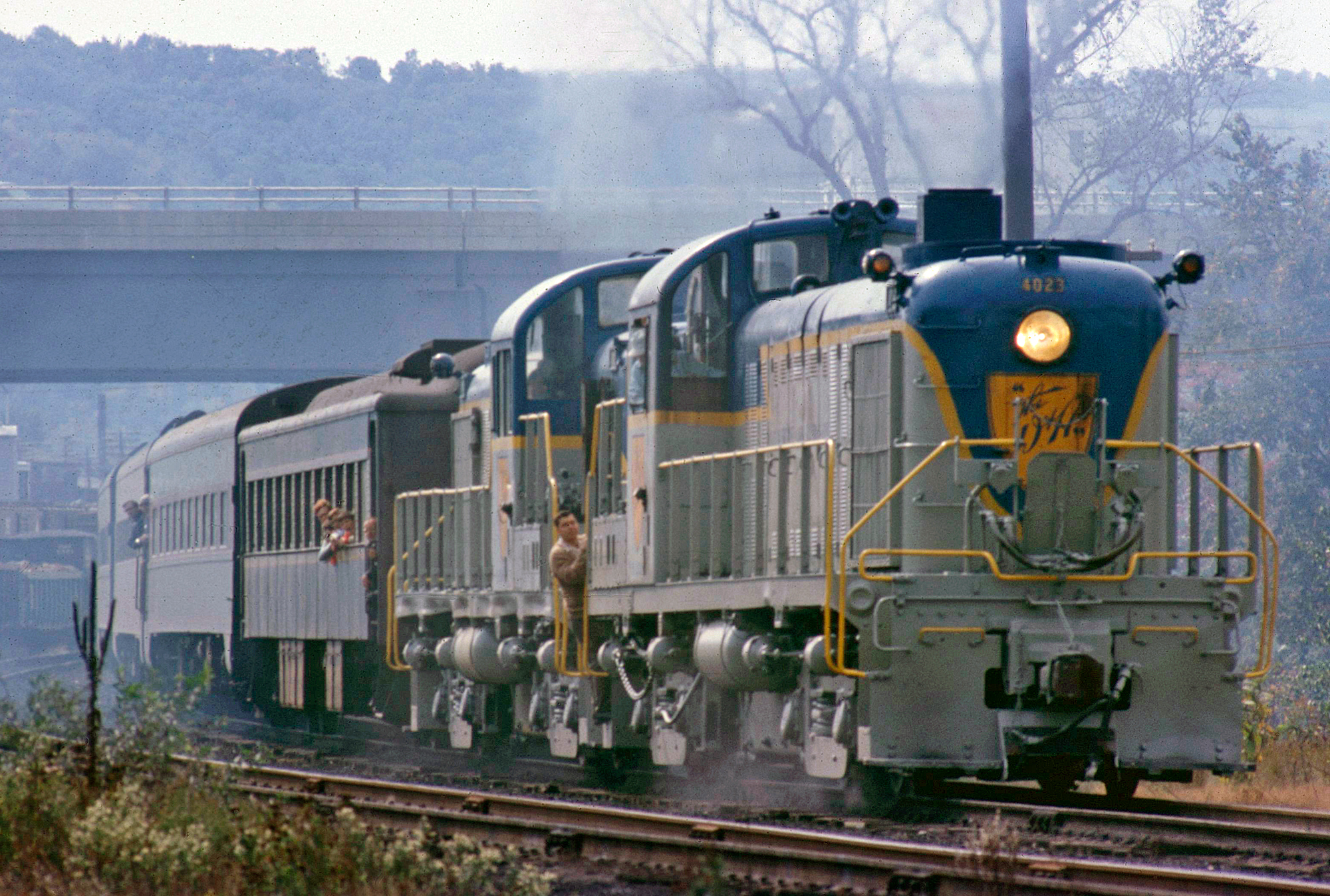 The Alco RS2 is sometimes a forgotten model in the builder's early road-switcher series.  Interestingly, there are few differences between the RS2 and RS3 although the former was the first to employ Alco's very own model 244 prime mover.

Before this time the builder had employed engines supplied from McIntosh & Seymour (the model 539T), which proved to be fairly reliable in the early RS1, S1, S2, and original HH models (early switchers of the 1930s).

While the model 244 did prove its worth in the RS2 and later RS3 for secondary and light branch line duties it suffered from the same issues as the 539T in standard road service. Alco had tried the M&S prime mover in its original DL series for main line applications although mechanical issues resulted in few being sold.

The 244 experienced problems in Alco's model FA and PA, released in 1946 with the RS2.  These two cab designs, one meant for freight service (FA) and the other designed to haul passenger trains (PA), replaced the DL models.

They were clad in an attractive carbody and offered excellent tractive effort but suffered mechanical issues, primarily due to the fact that the manufacturer had not spent enough research and development on the prime mover.

It was said that after World War II had ended and manufacturers were once again free of wartime restrictions Alco management wanted the 244 engine ready for production by no later than early 1946. Interestingly, despite the model's problems in heavy-haul service it proved to be quite successful in the switcher and small road switcher deigns. 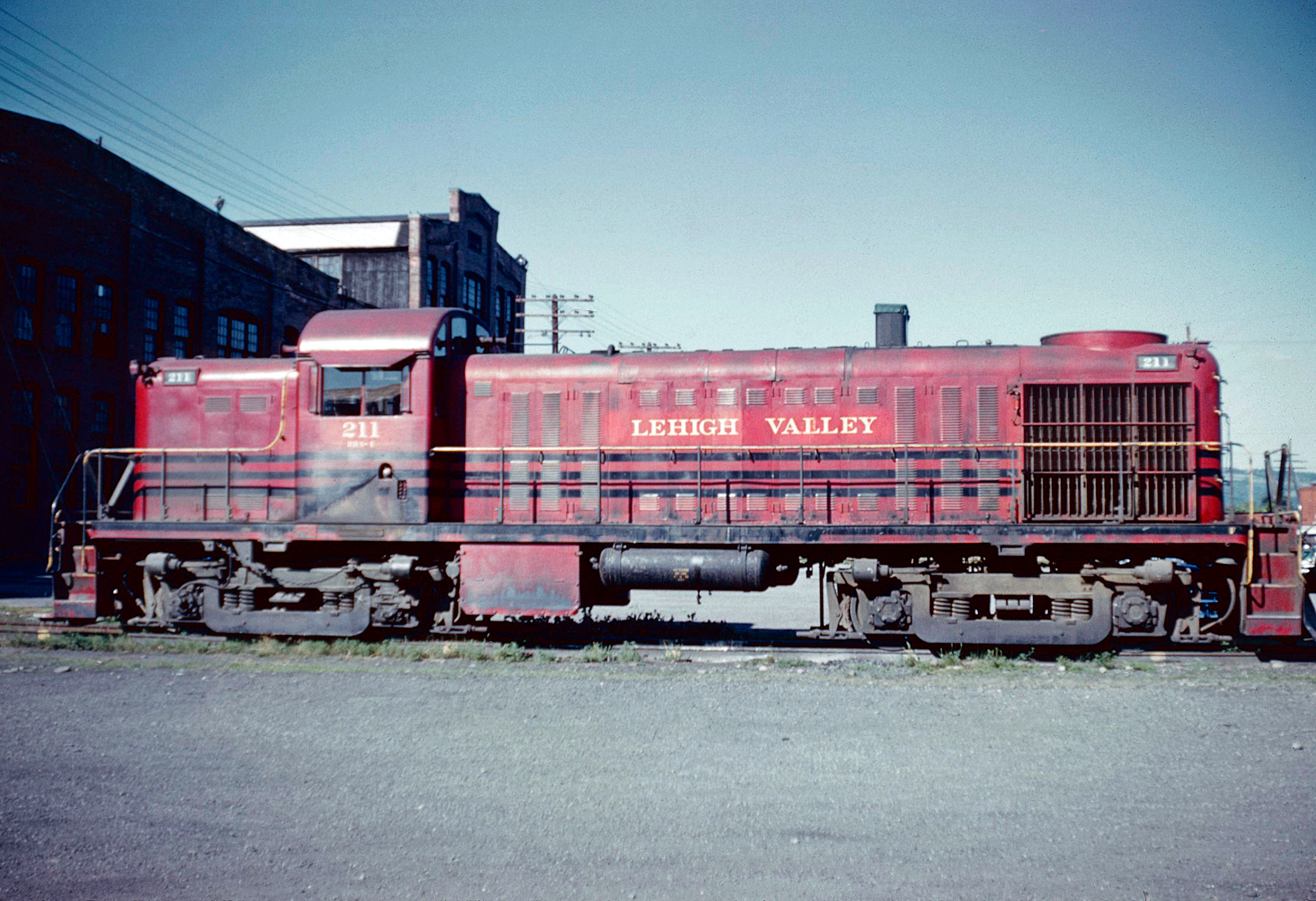 The first railroads to receive theirs included the Delaware & Hudson Railway and Detroit & Mackinac between November and December of 1946 (both lines remained loyal Alco customers practically until Alco left the locomotive market during the late 1960s).

Perhaps the most noticeable difference between the RS1 and RS2, outwardly, was the latter's updated, beveled carbody design also used on its successor, the RS3. With added streamlining some railroads found the RS2 more practical in passenger service than the RS1 (despite the fact that both could be equipped for such).

Mechanically, the RS2 used air brakes and compressors from Westinghouse while the model 752 traction motors were produced by General Electric.

The B-B truck setup (two powered axles per truck) could produce 42,500 pounds of tractive effort (nearly 10,000 pounds more than the RS1) and the RS2 came equipped with dynamic brakes.

At 55 feet, 5 inches in length it was about the same size as the earlier RS1 while the later RS3 was just slightly longer. With the RS2s finely designed carbody, horsepower, and other attributes it came to be used in applications far outside of what Alco had intended as railroads found the model quite utilitarian in either passenger service or as auxiliary power in heavy drag service. 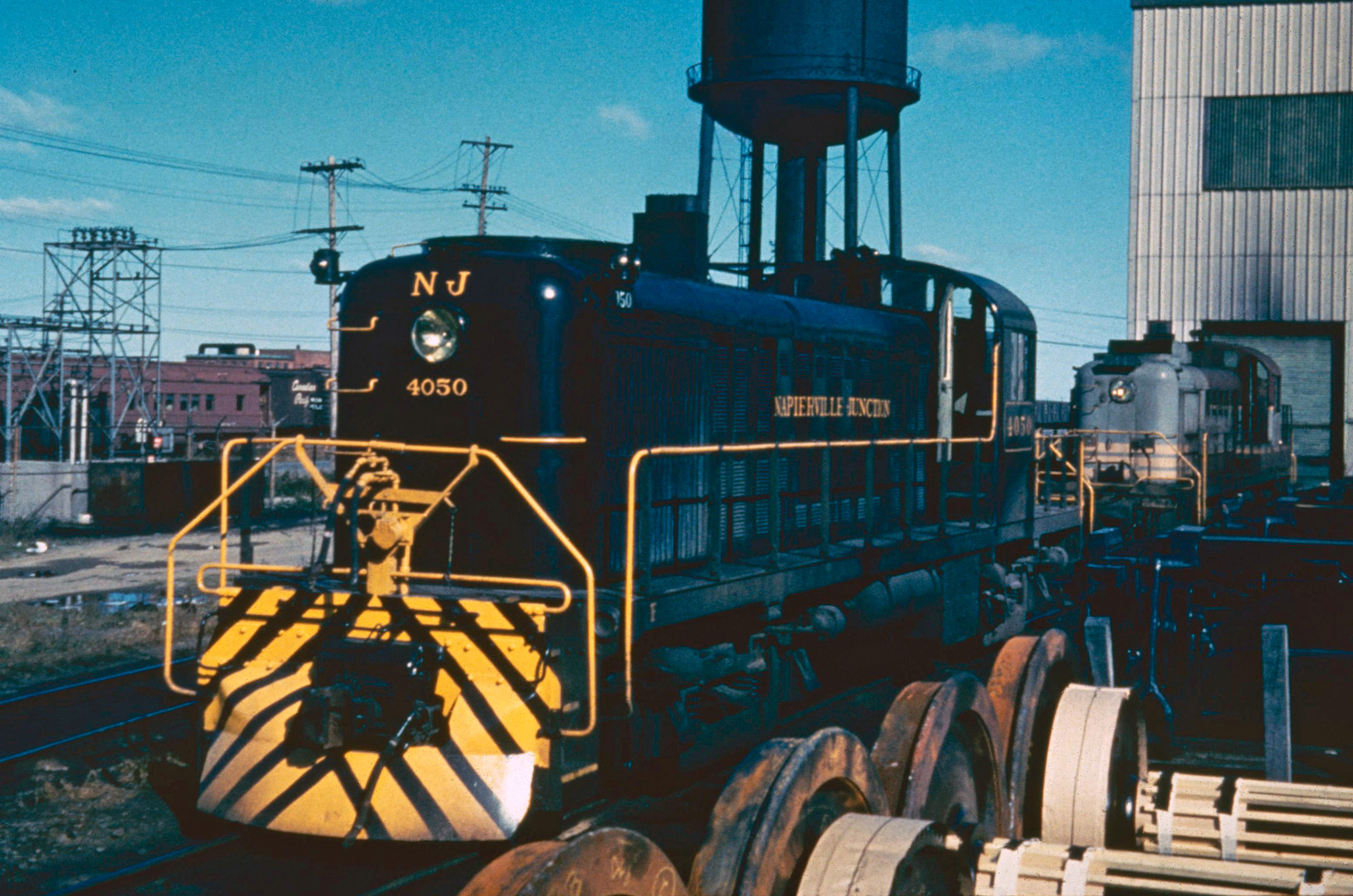 Napierville Junction Railway RS2 #4050, one of the two the Delaware & Hudson's subsidiary owned, lays over in Montreal, Quebec in October, 1970. American-Rails.com collection.

From a sales standpoint the RS2 was modestly successful outshopping more than 400 units (as noted in the chart above, which lists every buyer of the locomotive).

Perhaps more importantly, though, dozens of large and small railroads all over the country purchased the RS2 as well as a few private industries.  The locomotive's success set the stage for the RS3, cataloged a few years later.

It should be noted that Alco's Canadian arm, the Montreal Locomotive Works, also produced eight models total between the Canadian Pacific, Ontario Northland, and Roberval & Saguenay.