The RSD4 was Alco's fourth installment of its six-axle Road Switcher (RS) series built at the same time as the RS3. Essentially, the design was a C-C version of that model (Alco had also produced an A1A-A1A RSC3).

Unfortunately, it was one of the least successful with fewer than 50 produced by the time production had ended during its two year production run. Perhaps most notable was the incredible tractive effort it offered, by far the most of any RS model produced up until that time.

Alas, railroads still had yet to embrace the six-axle concept, another reason for the design's poor sales (not even EMD could sell many six-axle units at the time). If one wanted to catch these rare locomotives in action by the 1980's, a good place to start was the Chicago & North Western.

Also known as the "Cheap & Nothing Wasted," C&NW was really pinching pennies in those days; they rebuilt older locomotives, purchased used first-generation power, and continued operating Alco's long after most other Class I's had sold or scrapped theirs.

The RSD4's could be found working the railroad's famous "Alco Line," a secondary corridor which stretched from Winona, Minnesota to Rapid City, South Dakota. 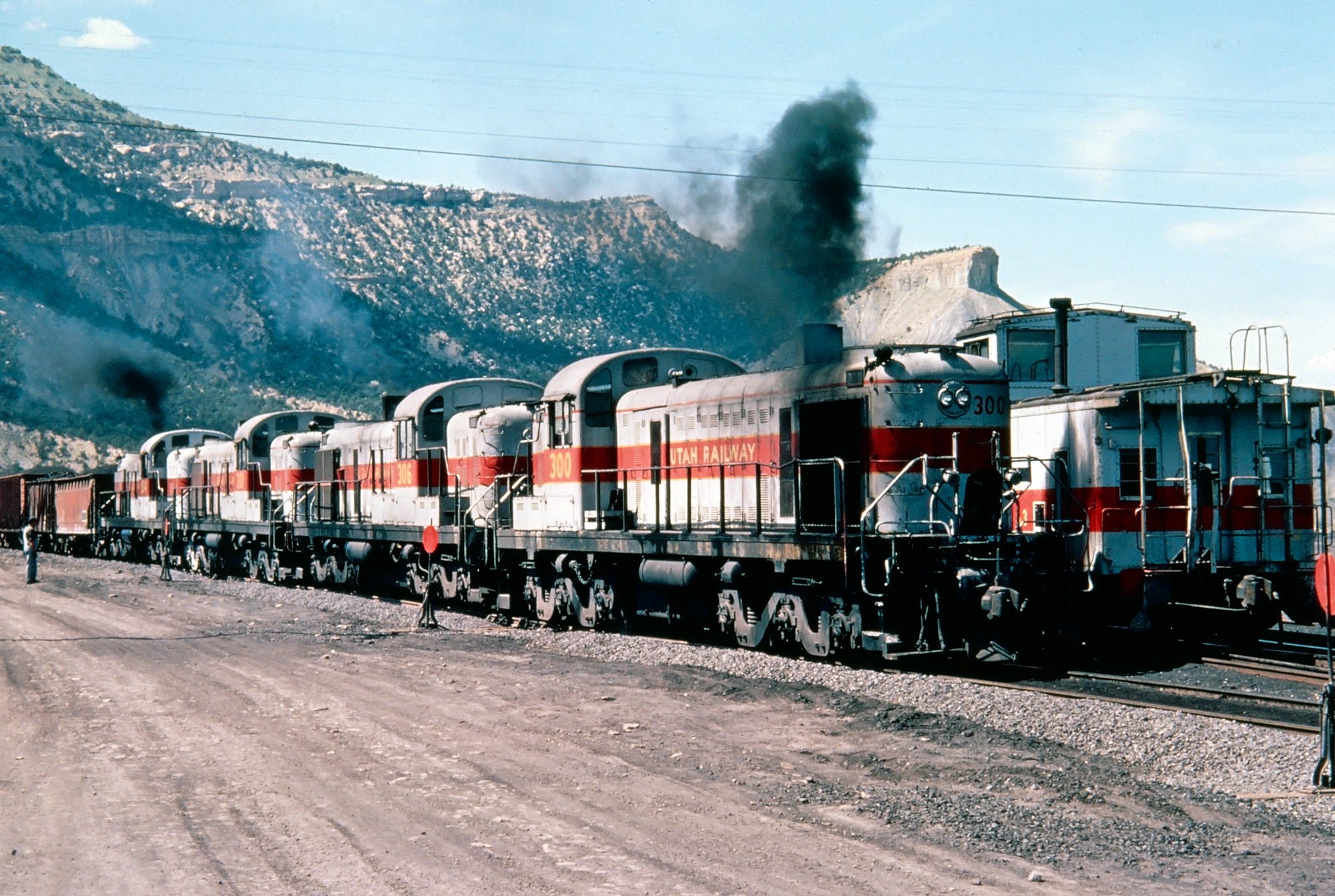 Remaining first-generation Alco's were sent here to streamline maintenance and it was a railfan's paradise.  One could find RS11's, RS3's, RSD4's, RSD5's, C425's, RS36's, and others pulling freights that creaked and weaved along decaying trackage.

The RSD4 line was built for two years, between 1951 and 1952 at the same time as the RS3. The locomotive featured Alco's standard, but troublesome, 244 model prime mover allowing for 1,600 horsepower.

As with the original six-axle model (RSD1) the RSD4 was meant to provide a sizable increase in tractive effort. The model had a slight design flaw as there was insufficient space for the unit's main generator, which was corrected with the RSD5 featuring a longer hood and carbody.

As a result of this change the RSD5 sold much better than the RSD4 with nearly six times more units produced during the time Alco cataloged the locomotive, from 1952 through 1956.

One important historical note about; from a technical standpoint, the model was the very first C-C design (meaning all six axles were powered) that Alco offered standard in its catalog.

The RSD1 was merely a specialty order for the US Army and the RSC2 and RSC3 locomotive were A1A-A1A designs whereby the center axle was not powered (i.e., lacking traction motors). 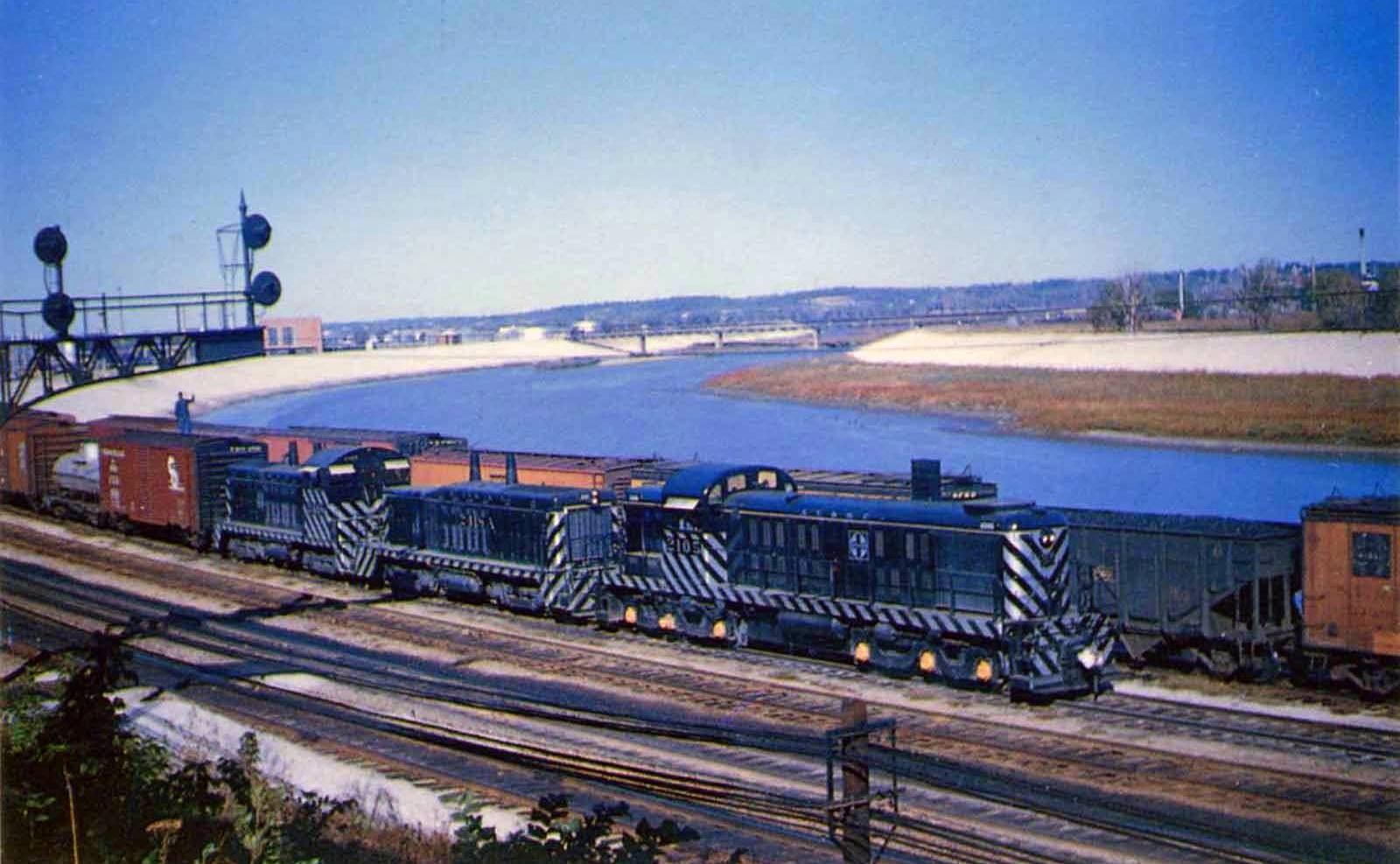 Internally, the RSD4 was supplied with parts from General Electric (its model 752 traction motor) and Westinghouse (air brakes and compressors). It kept the same frame as the RS3, remaining at a length of 55 feet, 11 inches.

However, the one striking difference aside from its six axles was the weight; at 180 tons the RSD4 weighed nearly 70 tons more than the RS3 (of course, this weight also added to its increased tractive effort).

The five railroads that ultimately did purchase the model used them as intended, in heavy freight service. This include the Atchison, Topeka & Santa Fe, Utah Railway, Central Railroad of New Jersey, Kennecott Copper Corporation, and the Chicago & North Western.

Today at least one RSD4 remains preserved, and operational, Kennecott Copper Corporation #201 (the only RSD4 the company ever owned).