The H15-44 was Fairbanks-Morse's first, true road-switcher. This locomotive simply followed Fairbanks Morse "Hood" line as it did not really distinguish between switchers and road-switchers.

This was slightly odd considering that all other major builders clearly differentiated between their various designs.

As a result, FM's modeling system became confusing when it unveiled road-switchers with the same "H" titling.

The notable exterior difference switchers and road-switchers was the location of the cab; the former always had theirs set to one end of the carbody while the latter was off-set allowing for a short, high hood.

While the H15-44 did not sell well (its Canadian Locomotive Company arm would take no orders for the locomotive), future designs had somewhat better success.

Alas, given the few number of H15-44s ultimately built, none were preserved.  It is one of the few FM models that does not survive. 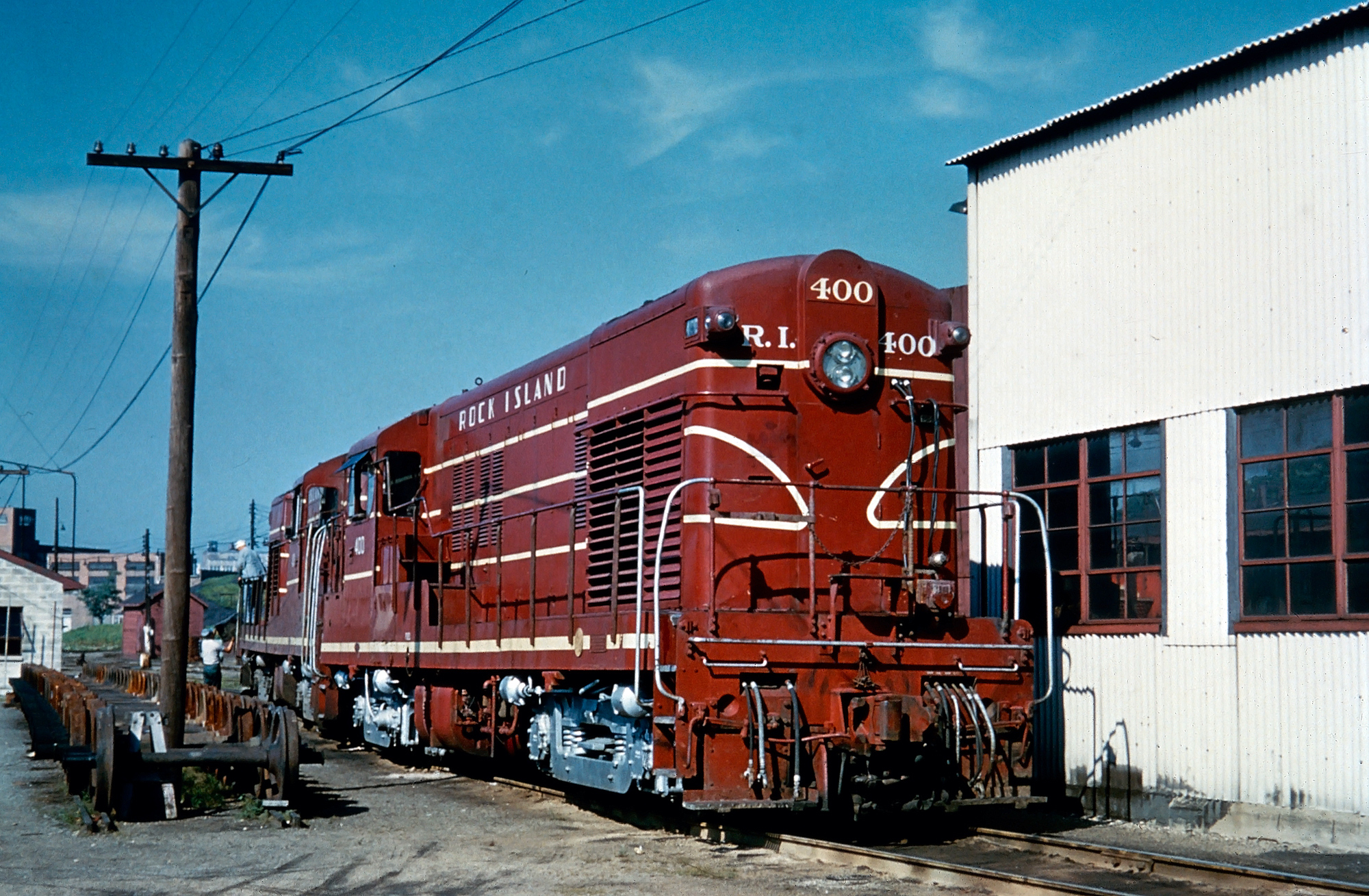 The H15-44, designed to compete against similar models then in production by Baldwin and American Locomotive, began production in August 1947 when the company completed demonstrator #1500 for the AAR Convention in Atlantic City, New Jersey that year.

This diesel engine became the company's standard for all of its locomotives. The H15-44 was quite similar to Electro-Motive's GP7 released a few years later; it was about the same length at 54 feet and offered the exact same horsepower.

Because Fairbanks Morse was not heavily involved with the railroad industry prior to releasing its diesel line the company had little knowledge on styling and overall design.

To compensate for this lack of aesthetic ability FM hired famed industrial designer Raymond Loewy to mold the H15-44 into a pleasing carbody that offered crews good visibility and versatility.

Loewy's recommendations were subtle, and while some were more cosmetic in nature than utilitarian they were effective in giving the locomotive a nice look with clean lines and a flush roof.

In truth, the H15-44 (and all of FM's switchers and road switchers) carried an appearance similar to Baldwin's designs.

FM's model classification system also followed Baldwin's to some extent although they were not quite as complex. 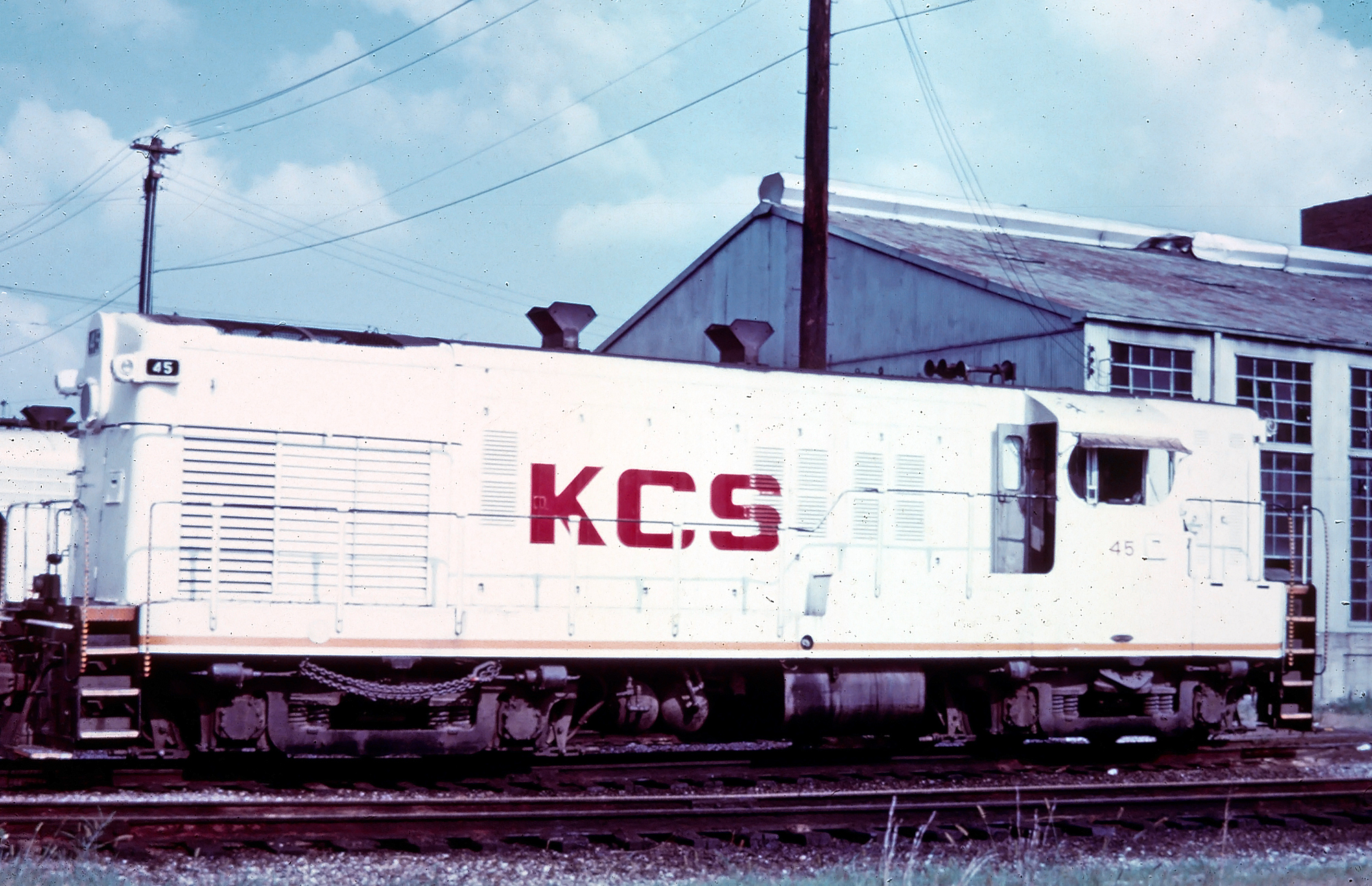 In the end, though, FM sold only 35 units when the last was out-shopped in June of 1949. The railroads that went on to purchase the locomotive included:


Interestingly, Fairbanks-Morse's succeeding H16-44 design proved to be one of the company's best selling models.

* Became Jersey Central #1500 in September, 1948.  Following its completion the unit was showcased at the AAR Convention in Atlantic City, New Jersey in August, 1947.

Other FM equipment featured at this event included a pair of Erie-Built "A" units (which became Union Pacific #984A-985A) along with H20-44 demonstrator #2000.

While the H15-44 was only marginally successful from a sales standpoint it is not necessarily because Fairbanks Morse's models in general were unreliable, as was usually the case with Alco (early on anyway) and particularly Baldwin.

Reliability with FM's diesel locomotives has often been questioned but I believe the issue was mostly due to the fact that FM's opposed-piston prime mover was difficult to maintain and far different from the standard designs being offered by the other builders.