The Alco RS3 was the builder's pinnacle in its early road switcher designs. While the American Locomotive Company would have some success in later Road Switcher (RS) series models, like the RS11 and RSD5, nothing would compare to the amazing success of the RS3.

When it was released Alco had already cataloged two previous versions, the RS1 and RS2, both of which had seen modest success as the first true road-switchers ever produced.

Unfortunately, overall the Schenectady manufacturer had considerable trouble seriously competing with Electro-Motive whose cab designs were far outpacing anything in its catalog.

In any event, the RS3 would go on to be the most commonly seen Alco model across the country and remained in the company's catalog for more than six years. Today, numerous examples of this locomotive remain preserved, several of which are still operational. 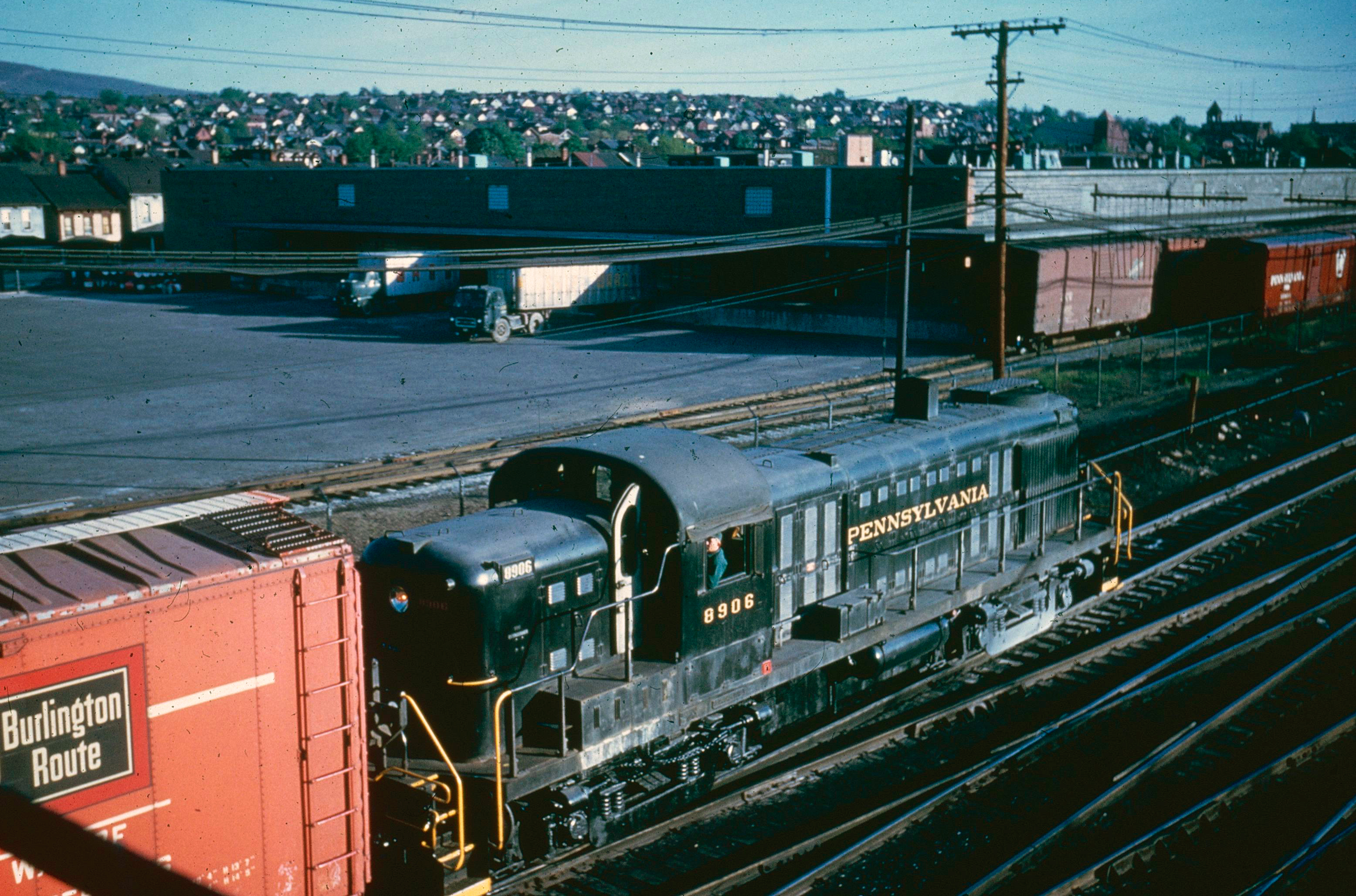 In a photo taken from the 4th Street footbridge, Pennsylvania Railroad RS3 #8906 switches a cut of cars near the locomotive shops in Altoona, Pennsylvania on May 5, 1960. David R. Sweetland photo. American-Rails.com collection.

From a visual standpoint the RS3 looked almost identical to the RS2. Both had much improved styling over the RS1 albeit it was quite subtle with heavy beveling to corners and edges giving the unit a much more streamlined appearance (because of its good looks some railroads elected to employ theirs in passenger/commuter service).

Instantly beloved by railroads for its versatility and reliability, RS3s began rolling out of Alco's Schenectady shops in the masses. 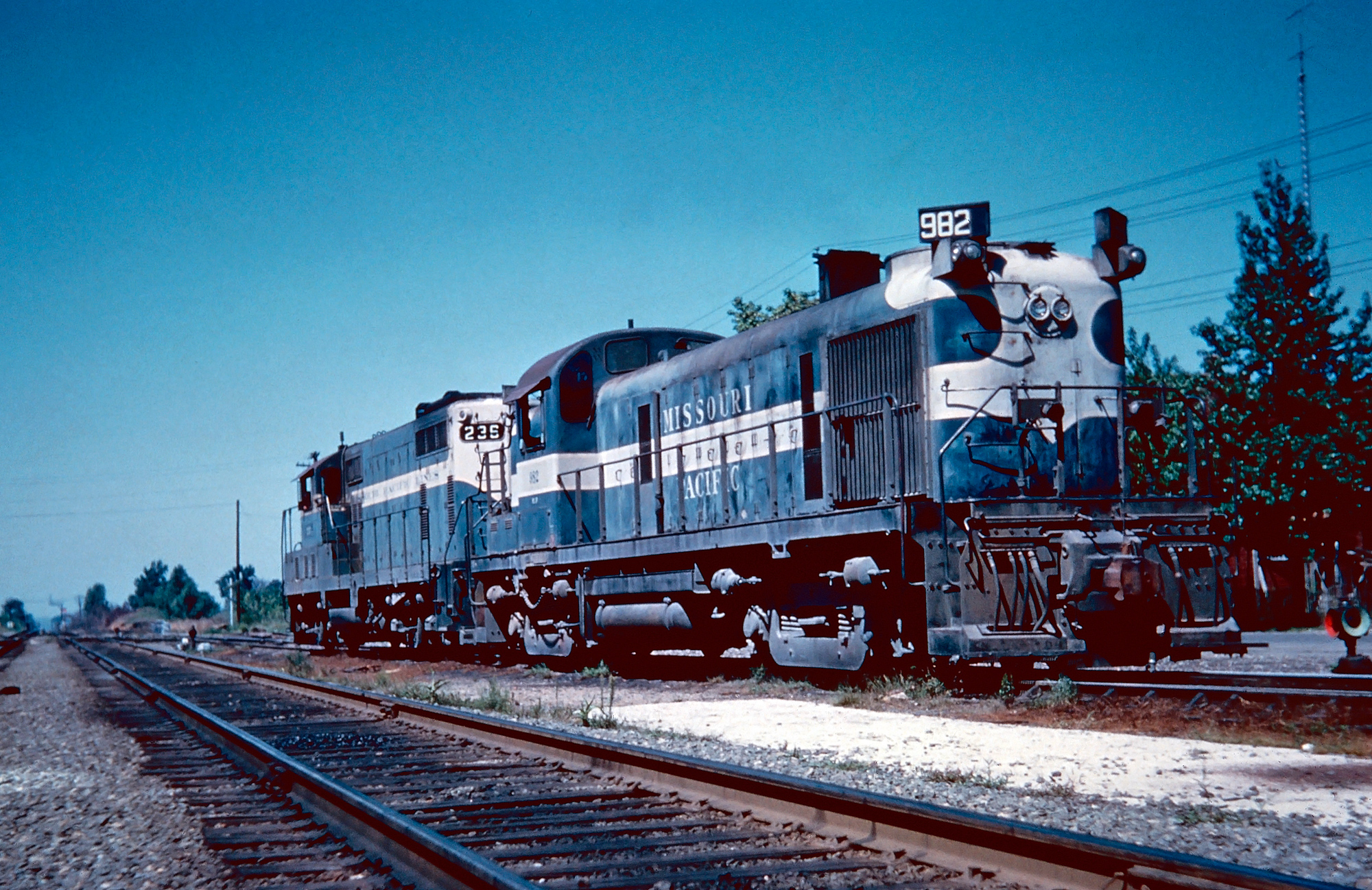 Missouri Pacific RS3 #982 and GP7 #236 are tied down in Lee's Summit, Missouri during September of 1964. American-Rails.com collection.

Perhaps more than any other locomotive the RS3 defined Alco as a locomotive manufacturer offering eye-appealing, classy designs with their trademark belching black smoke.

While the RS1 and RS2 had sold relatively well perhaps it was the RS3's extra 100 horsepower over its predecessor that really appealed to railroads.

While the model 244 proved generally reliable and rugged in its smaller switcher and light road switcher designs (like the RS3) the prime mover simply not been properly researched and developed for heavy-haul use.

As such, the FA and PA models in production at the time experienced significant mechanical issues.  This allowed Electro-Motive to gain a notable edge and these problems ultimately resulted in Alco's exit from the market. 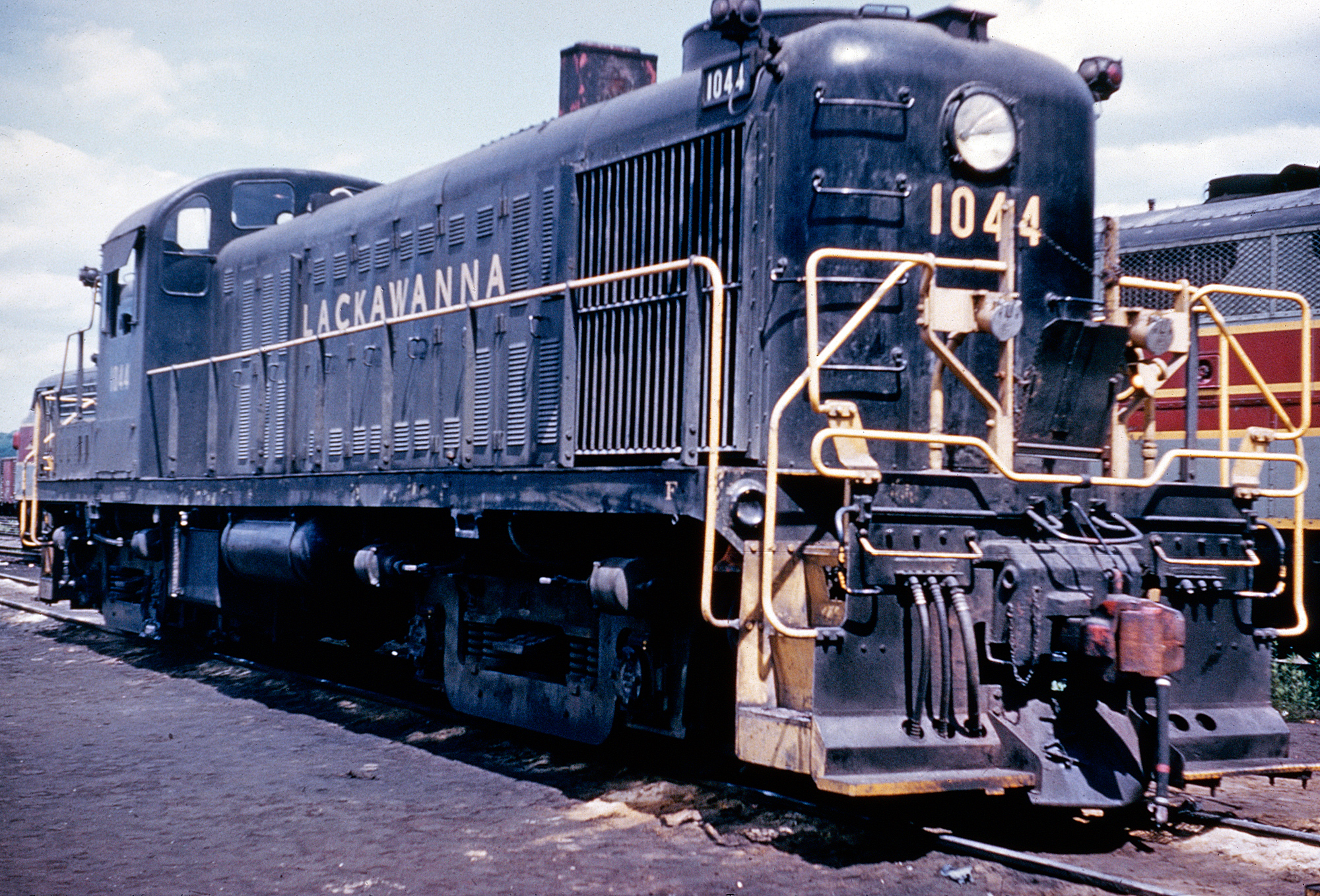 Interestingly, a year prior to the RS3's release EMD was finally cataloging a competitor, the GP7. Unfortunately for EMD their initial design, the BL2, proved unsuccessful although the industry leader quickly learned from their mistake.

The model used the same road switcher design setup pioneered by Alco in its 1941 RS1 with a long trailing hood, offset cab, and short front hood.   Both as the time as well as from a historical stance the RS3 has been deemed an incredible success for Alco.

However, had the builder acquired the reputation of EMD it may have sold even more.  The GP7 went on to sell more than 2,700 examples before its production run ended in 1954 and its successor, the GP9, was even more successful. 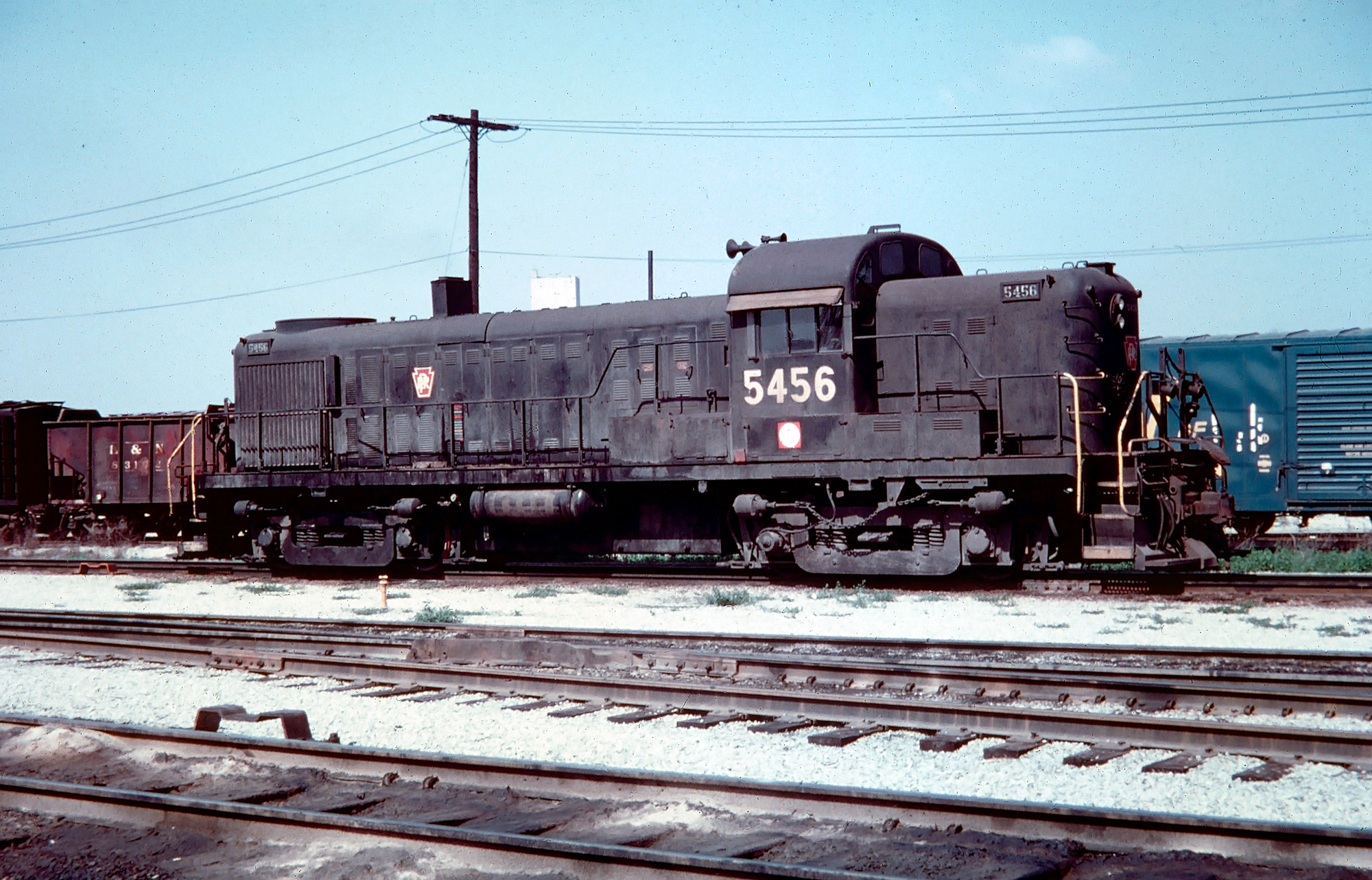 Pennsylvania RS3 #5456 between assignments in Cincinnati, Ohio during the summer of 1967. Fred Byerly photo. American-Rails.com collection.

When the RS3 was produced Alco was still working in conjunction with General Electric and Westinghouse to supply internal components for its locomotives.

As such the model contained air brakes and compressors from the latter while the former provided its model 752 traction motors that gave the RS3 around 60,000 pounds of initial tractive effort (more than 2,000 more than the RS2).

The model weighed around 114.5 tons, was 55 feet/5 inches in length and equipped with dynamic braking. This latter ability allowed railroads to use the RS3 in heavy-haul service, such as moving coal drags up steep grades and many did not shy away from doing so; for instance the Reading, Lehigh Valley, Louisville & Nashville, Southern and others beat theirs to pieces in this capacity. 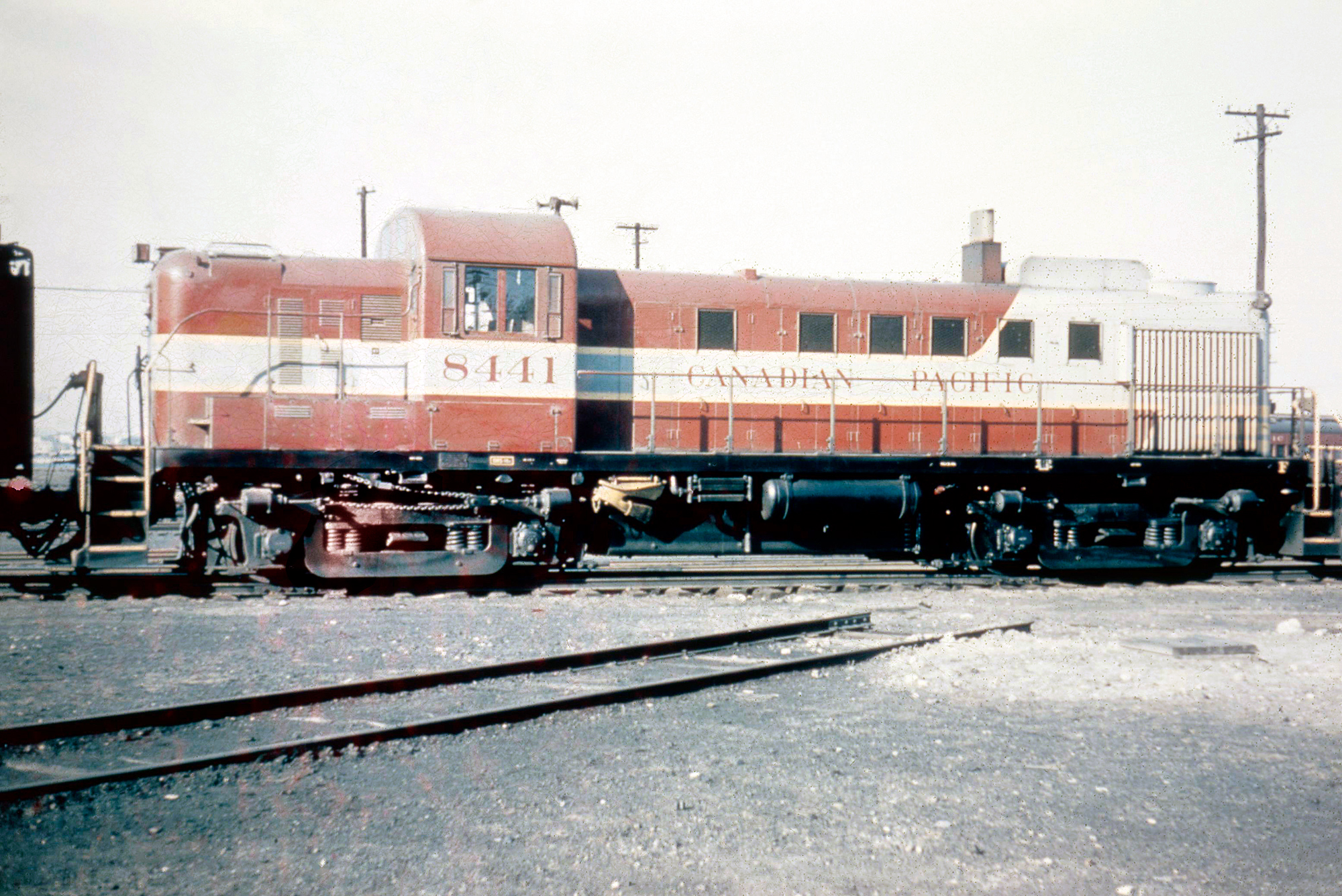 It was the model's ability to take this abuse regularly and continue operating on a daily basis that so endeared them to railroads and resulted in many returning to Alco for more.

It's a shame that the company could not have produced other locomotives that emulated the success of the RS3. By the time production ended in 1956 Alco would sell more than 1,300 and even today you can still find these venerable locomotives operating on short lines and tourist trains all across the country.

Most interesting is that when Alco introduced its RS line in 1941 and found success with a locomotive that could be used in multiple roles EMD was convinced to begin manufacturing its own line of road switcher that would eventually help put Alco out of business one day. 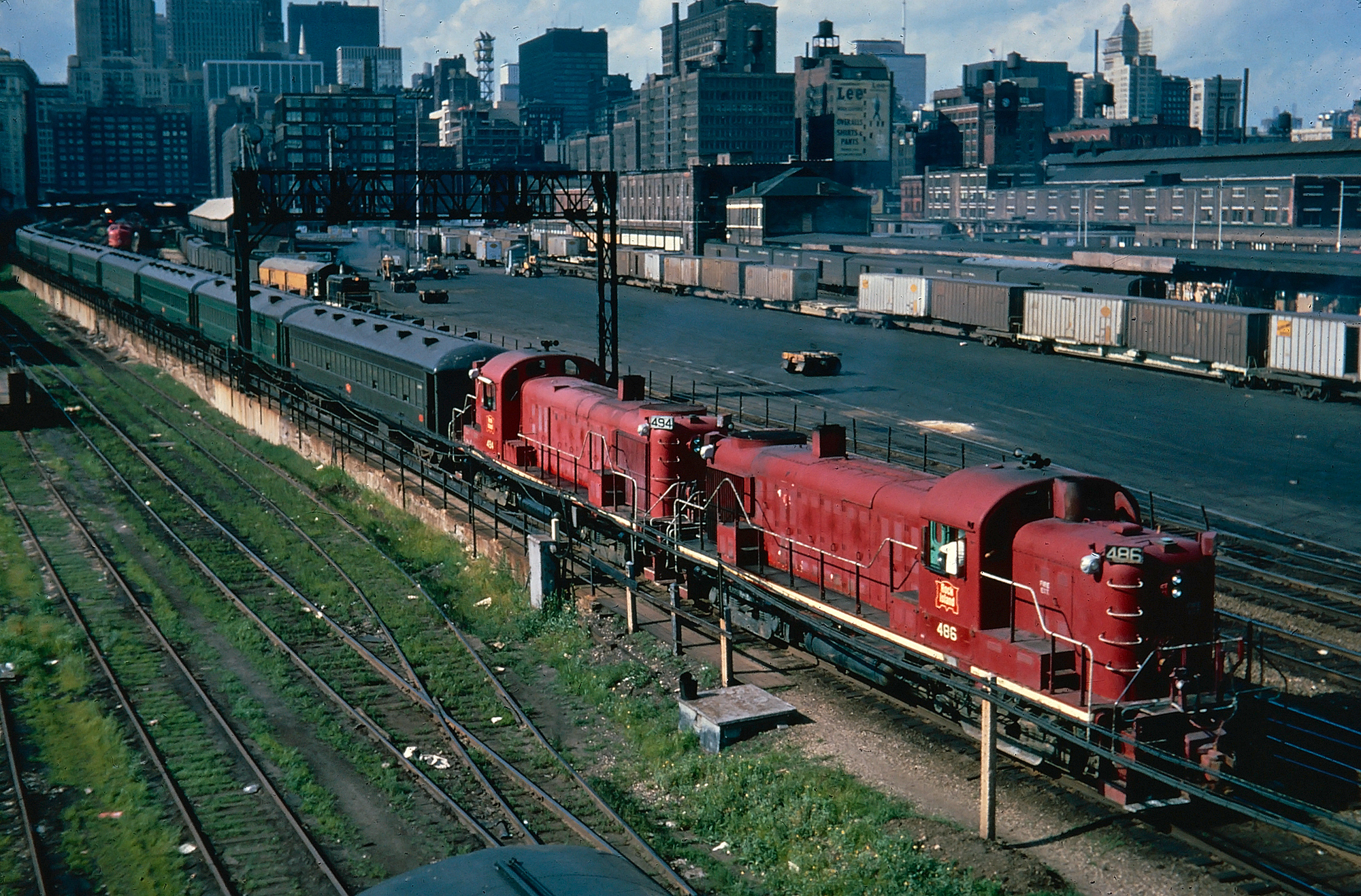 Additionally, Alco built another 69 units for foreign sale including the Algerian Railways, Central do Brazil, Consolidated Railways of Cuba (before trade bans with Cuba were enacted), Ferrocaril del Pacifico, and National de Mexico (the above production roster includes only domestically sold RS3s).

From the historical narrative it is fascinating that it was Alco, not EMD, which pioneered the endearing locomotive design still regularly used in freight service today; the common road-switcher.