The RSD5 was essentially an extension of the RSD4 model as it meant to replace a flaw in the earlier design. After fixing the issue, which had to do with inadequate spacing the RSD5 sold nearly six times as many units as its predecessor.

The model was meant to compete with the Electro-Motive Division's SD7 design, the six-axle cousin of the GP7. Interestingly, despite railroads' disinterest in C-C locomotives at the time, Alco actually outsold its competitor by a few units.

The RSD5 was, of course, nearly identical to the RSD4 although Alco did bump its horsepower rating just slightly, which actually made it a touch more powerful than the SD7. 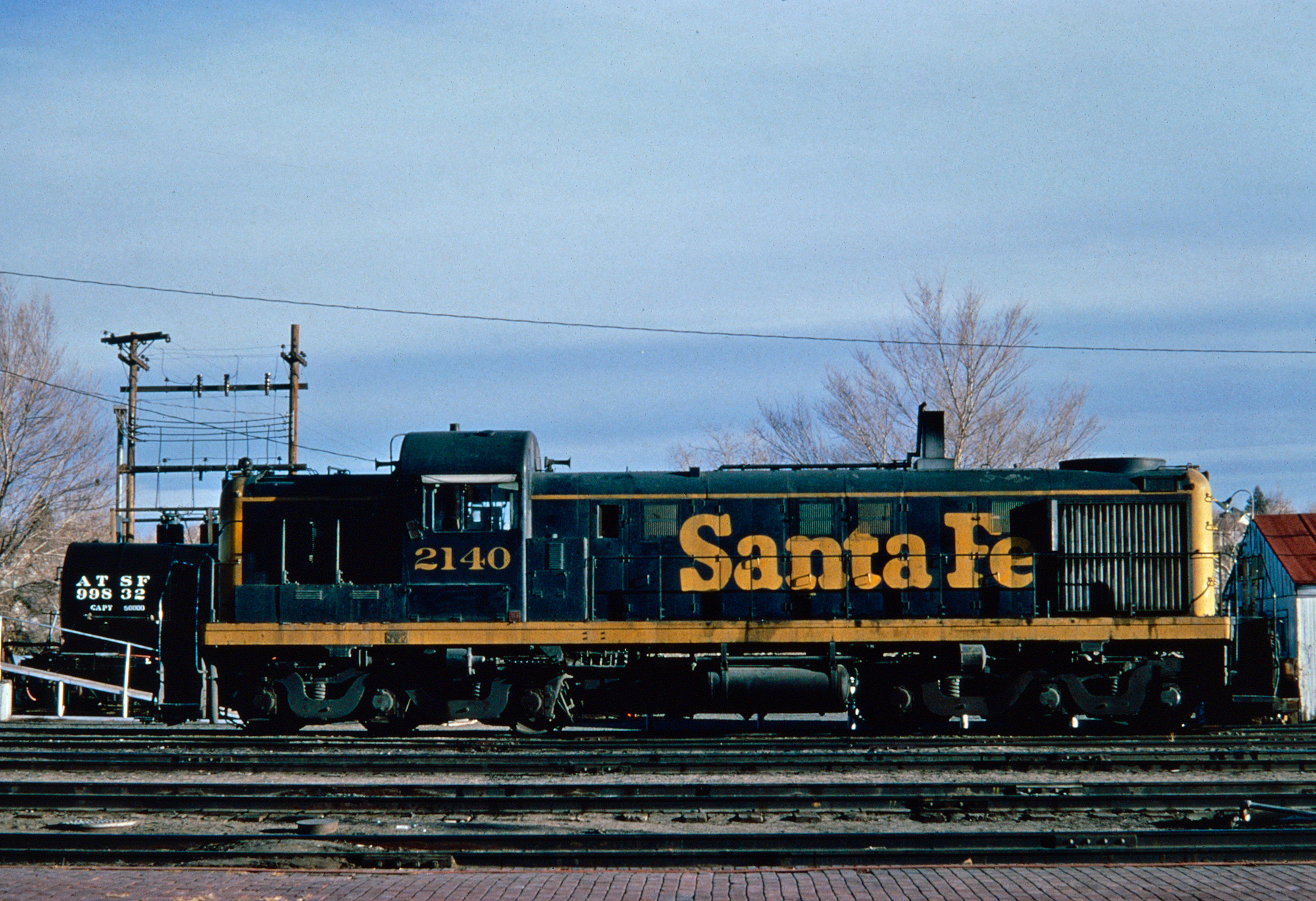 The Alco RSD5 was rushed into production as a replacement for the earlier RSD4, whose frame was not long enough to support the main generator. As such, at nearly 56 feet, 7 inches the later RSD5 was nearly eight inches longer than its predecessor.

Internally, the model was identical to the RSD4 and both were essentially the same as the four-axle RS3. From a strength standpoint, the RSD5 was slightly better; it offered 1,000 pounds more starting tractive effort (90,000 pounds) and an additional 100 horsepower (1,600 hp). Interestingly, despite the RSD4's issues most railroads that purchased it returned to buy the RSD5.

The RSD5 entered production in 1952 directly after the unsuccessful RSD4 and remained in the company's catalog until 1955. The new model used the same Alco 244 prime mover.

As with all other "D" designated models, the Alco RSD5 used a C-C truck arrangement with all six axles powered. The six axle models were meant to provide a sizable increase in traction and be used on light branch/secondary lines allowing the locomotive's weight to be distributed more evenly over additional axles. 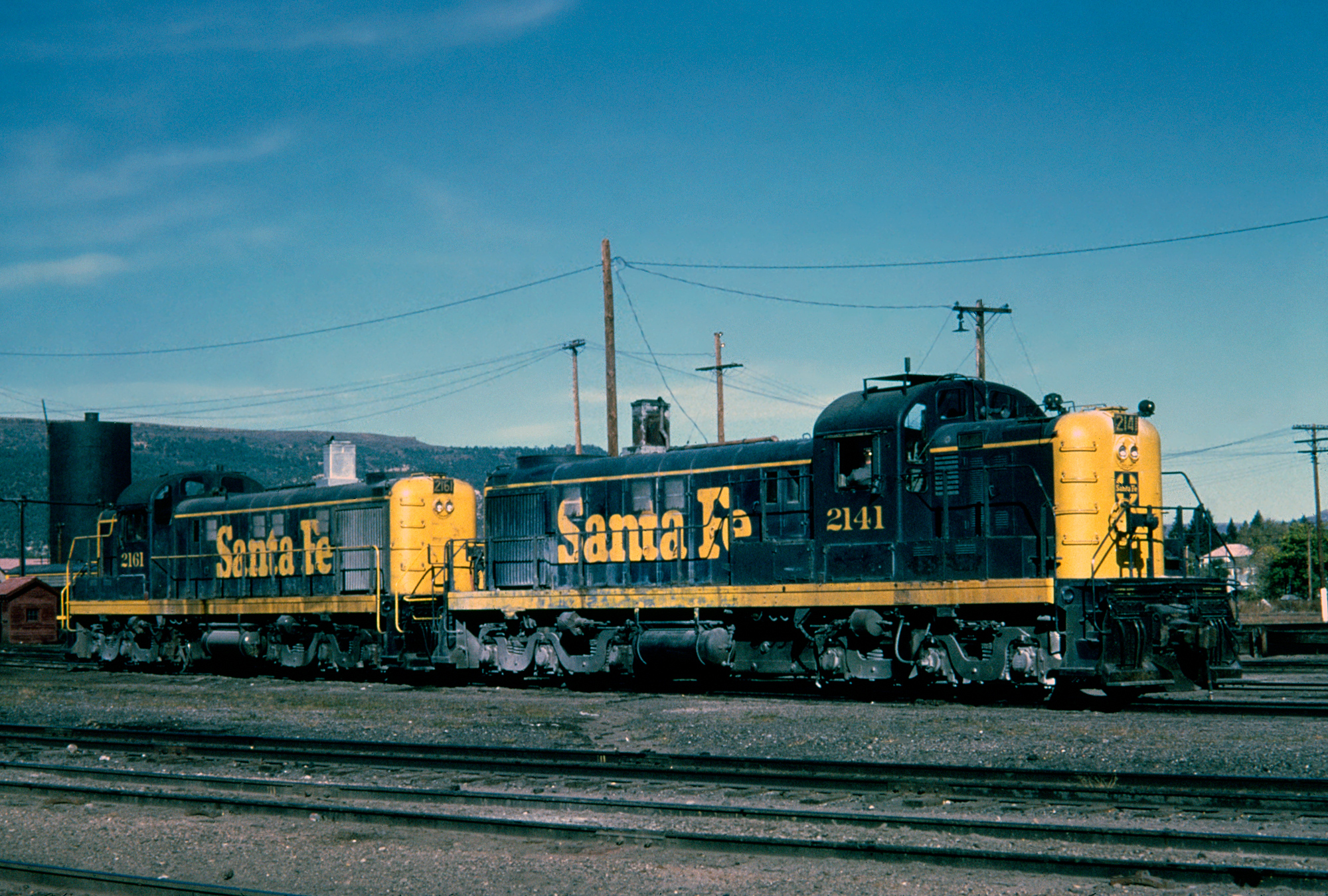 In an attempt to probably ease railroads fears over the problematic RSD4, Alco even built an RSD5 demonstrator to prove that the model no longer suffered from its previous issues.

Apparently, the Atchison, Topeka & Santa was quite impressed as they purchased more than 50 units of the design after only picking up ten examples of the RSD4. Additionally, lines like the Chesapeake & Ohio and Southern Pacific, both of which had not even purchased the RSD4 bought nearly 90 of RSD5s between them. 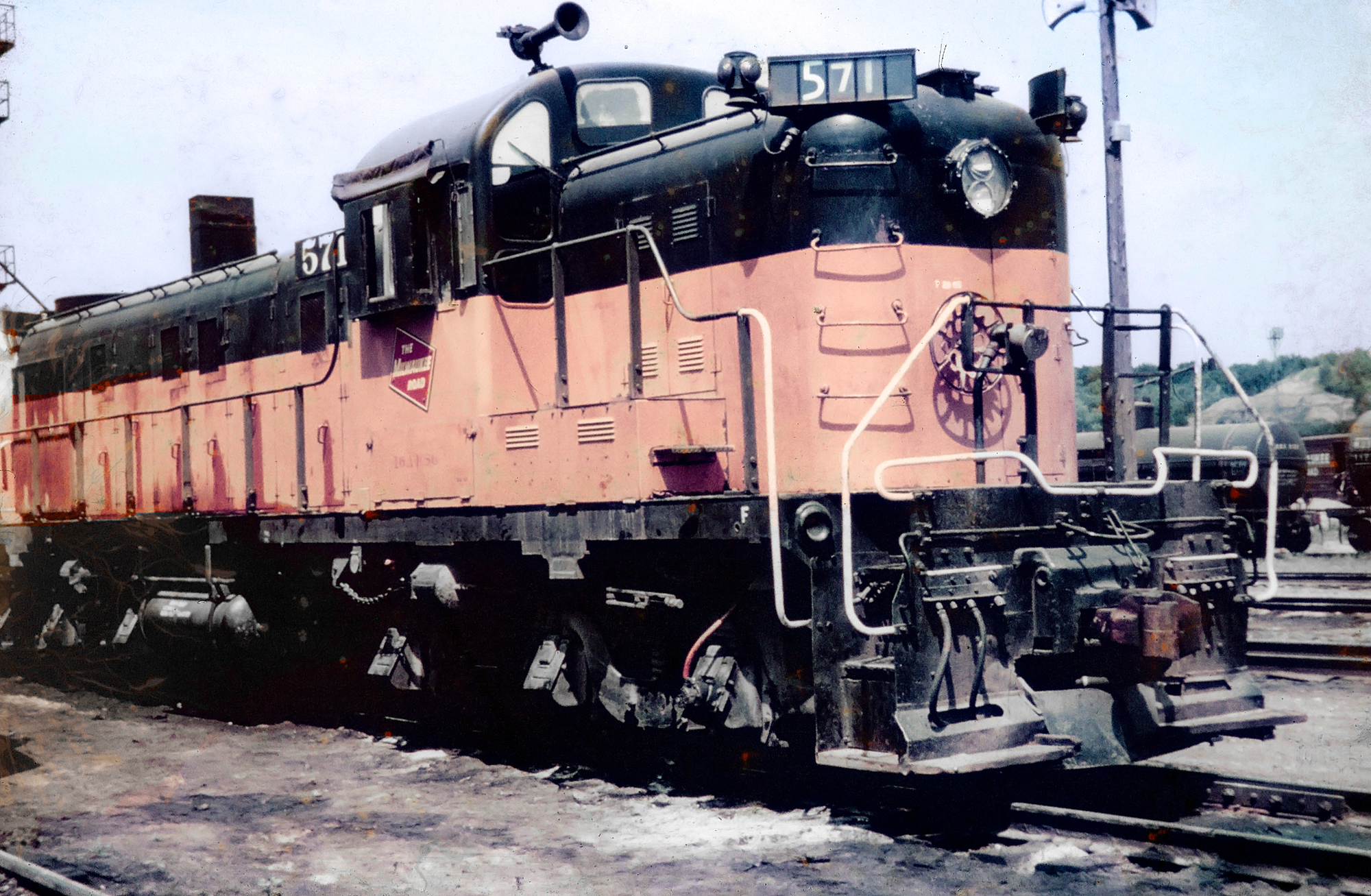 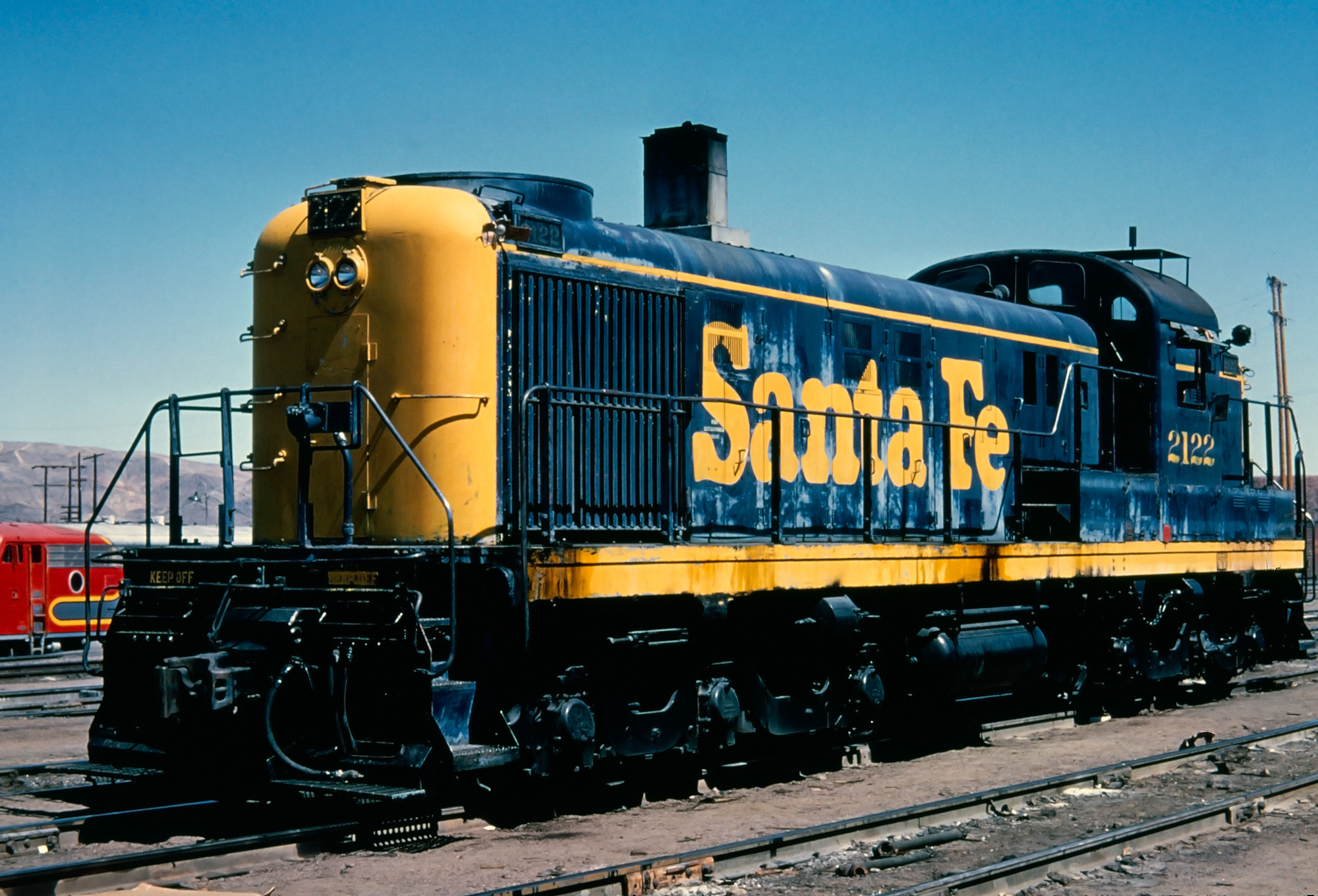 Santa Fe RSD5 #2122 is between assignments in Barstow, California during the late 1960s. Note the Warbonnet F unit in the background. American-Rails.com collection.

Many of the railroads that purchased the RSD5 employed them in heavy freight service such as the Utah Railway, Milwaukee Road, Chicago & North Western, Southern Pacific. The latter three roads particularly loved six axle diesels, practically since they were first manufactured by Alco and EMD.

In any event, for a six-axle model the Alco RSD5 sold relatively well at 204 units for a number of Class I railroads such as the Milwaukee Road, Southern Pacific, Chesapeake & Ohio, and Santa Fe (this also includes the 37 purchased by Mexican lines, Ferrocarril del Pacífico and Ferrocarriles Nacionales de México).

After the latter was retired in March, 1981 she went through a number of owners, and even once wore Western Maryland colors leading excursions on the Western Maryland Scenic Railroad.  Today, she has been returned to her C&NW colors thanks to the efforts of the Illinois Railway, which has lovingly restored the locomotive.