By the 1950s, Electro-Motive was such a dominant figure in the diesel locomotive market that the builder was cataloging a variety of switchers and road-switchers in various horsepower settings and wheel arrangements.

Generally, the company saw success with nearly every model it released, although there were exceptions.  In the switcher arena EMD (and all manufacturers) soon realized railroads (and industries) gravitated more towards variants offering at least 1,000 horsepower.

Such models provided more versatility and could even handle light freight duty assignments when needed.  As such, the less powerful SW8, SW900, and SW600 witnessed fewer sales. 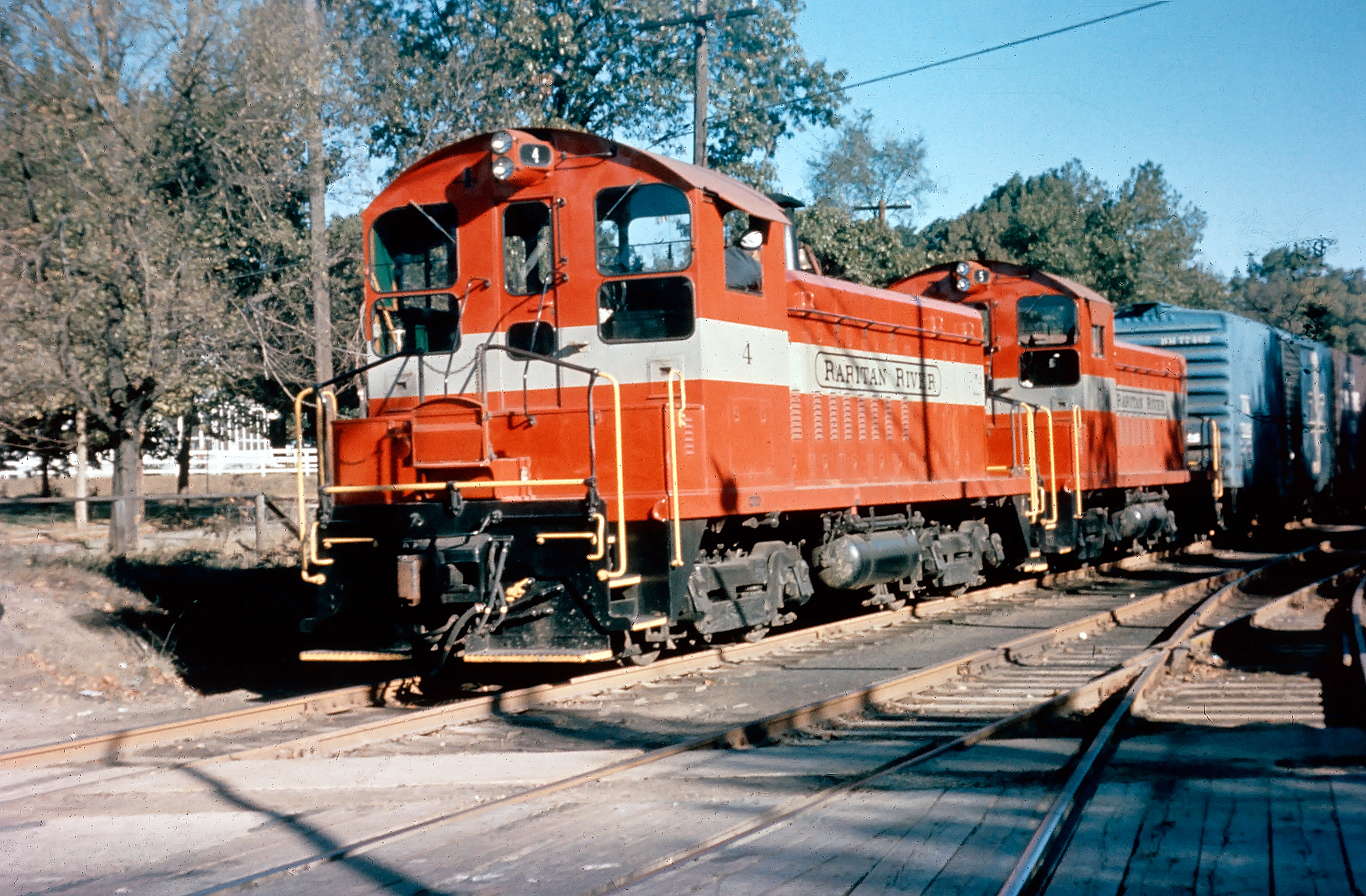 Raritan River Railroad SW900's #4 and #5 are busy at work in Parlin, New Jersey, circa 1958. These were acquired new in October of 1954. Meyer Pearlman photo. American-Rails.com collection.

The SW900 entered production in the United States in January, 1954 while the first examples rolled out of London, Ontario at General Motors Diesel a month earlier (December, 1953).

The model again carried the builder's traditional carbody styling with a tapered hood near the cab and standard length of just over 44 feet.  It came equipped with an 8-cylinder, model 567C prime mover.

Outwardly, the SW900's one visual difference was a single, conical exhaust stack.  This design was featured on all of EMD's 8-cylinder switchers and could also be found on the SW900, SW1000/SW1001, and SW600 (6 cylinder).

The model was equipped with General Motors' latest traction motor, the D37B, which could produce 36,000 pounds of continuous tractive effort and 57,500 pounds of starting effort. 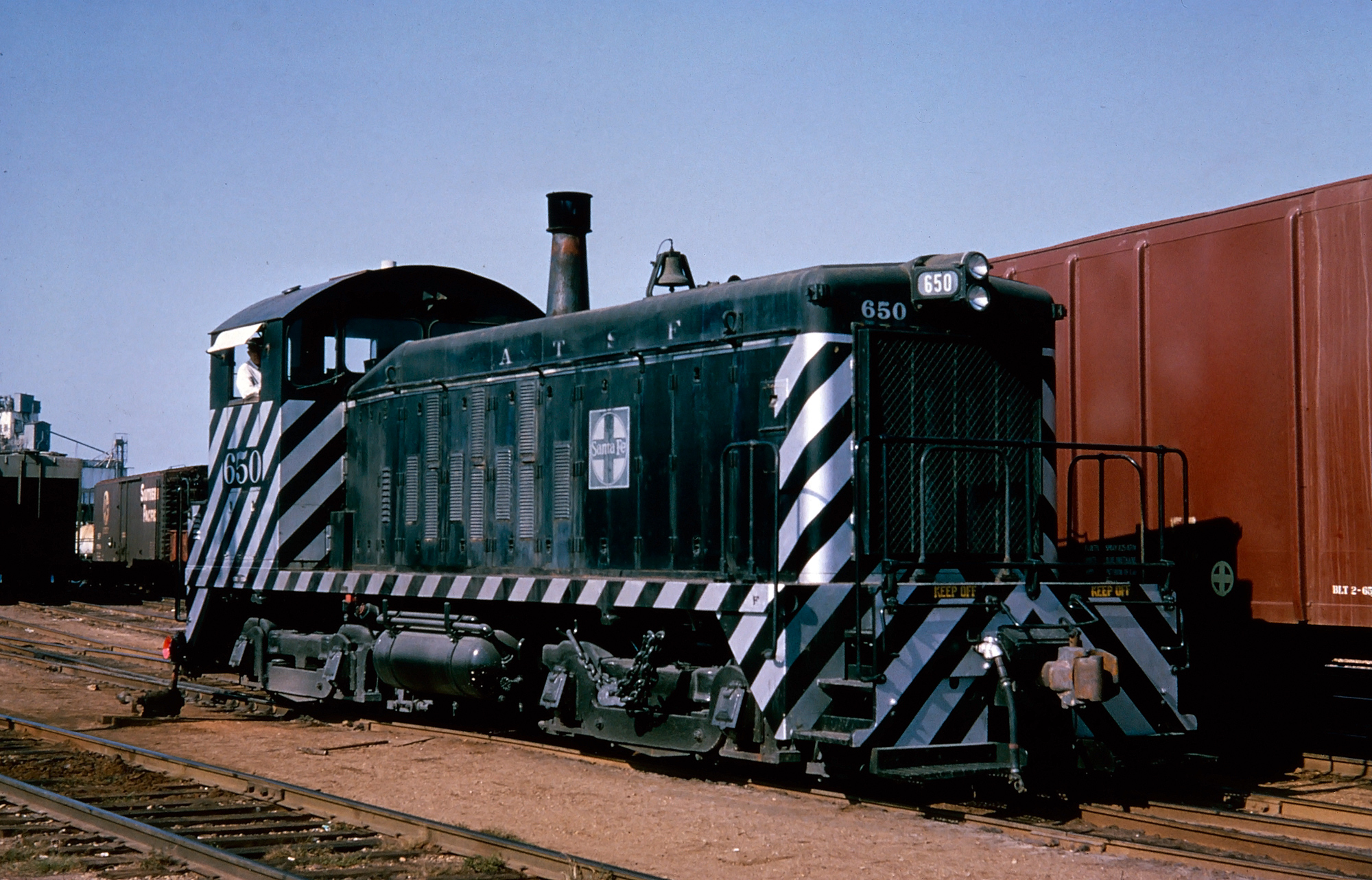 Sales for the SW900 were respectable but lagged behind the SW9, largely due to its lower power rating. It seems that EMD's 1,000-1,200 horsepower models were the perfect fit for what customers were after, as previously noted.

Nevertheless, the SW900 still found a variety of buyers with several Class Is, short lines, and industries purchasing it. By the time the switcher hit the market in late 1953, EMD's reputation for building high quality switchers, and diesel locomotives in general, was already well established.

Once again Electro-Motive did not disappoint as the SW900 remained a reliable and versatile locomotive that was easy to maintain while its light weight (115 tons) allowed it to handle a variety of track conditions. 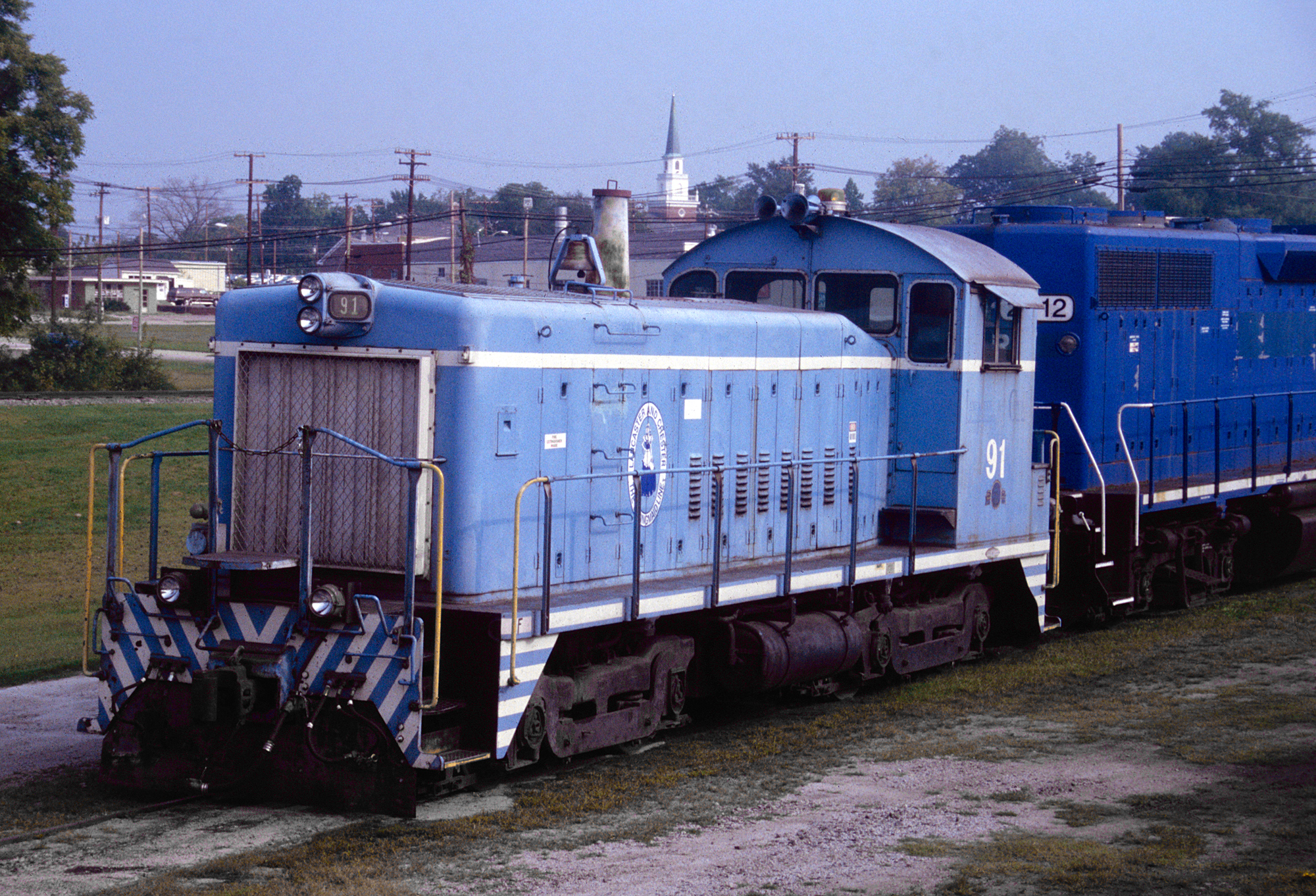 Interestingly, EMD had intended to also build a cow-calf variant of the SW900, as it had done with the TR through TR6 series.

However, lukewarm sales that saw only 85 of these sets built (and two additional calves), ultimately convinced the builder to abandon the concept by the mid-1950s.

SW900's completed from trade-in units, reusing the same serials as their predecessors. 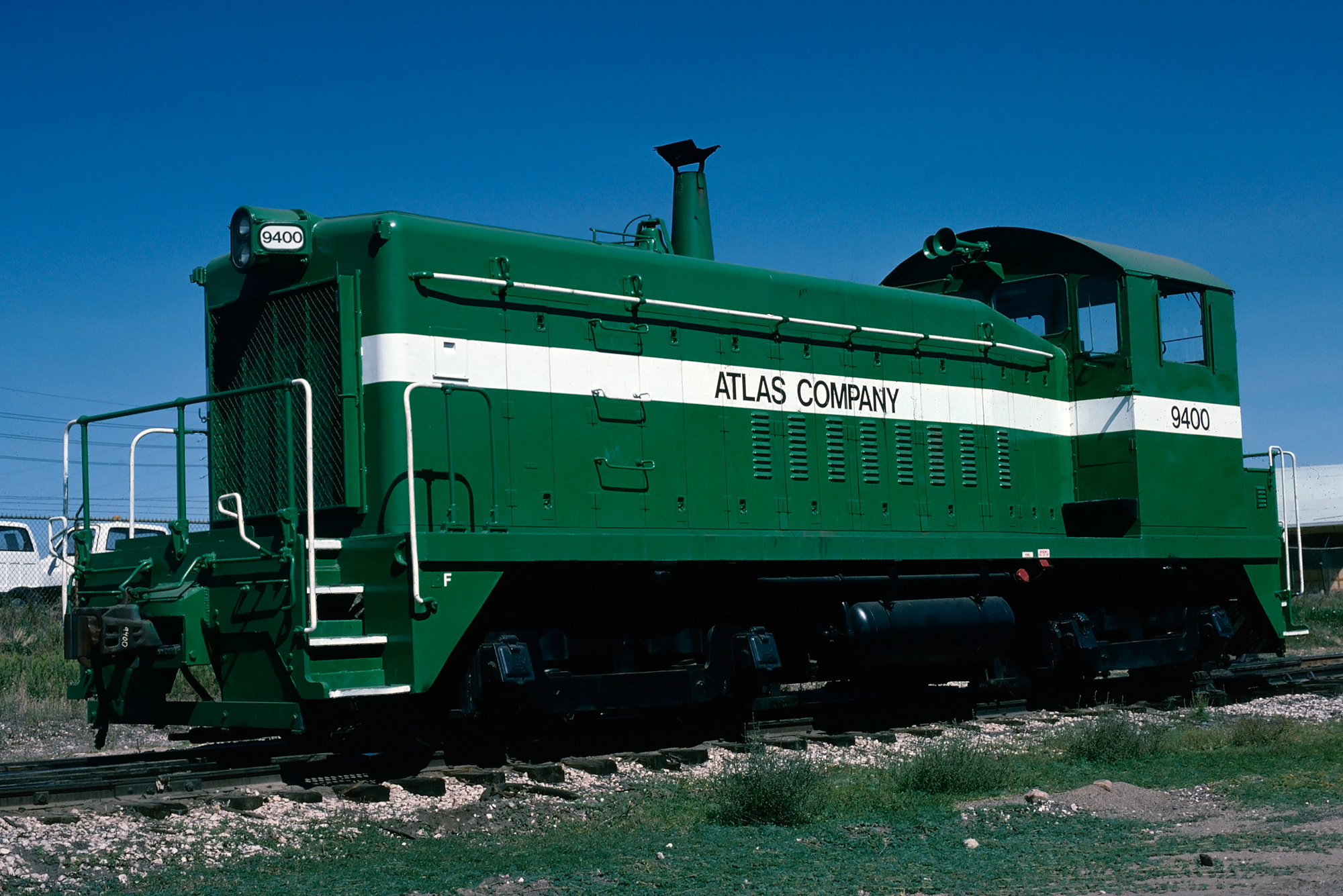 In addition to the 260 units completed at Electro Motive those manufactured in Canada and for other countries included:

The SW900 had a very long production run and when the final model rolled out of LaGrange, Illinois bound for short line Lancaster & Chester in early 1965, some 390 had been built altogether.