The SW1200 was pinnacle of Electro-Motive's switcher line featuring its 567 power plant.  It was the final model to feature the engine and also the most successful with a total of 1,039 units produced between 1954 and 1966.

the final model the builder would produce using its model 567 prime mover (all future models used the model 645). The switcher utilized EMD's traditional carbody of that era, sporting a 44-foot length and rounded-cab roof.

EMD's system for designating its switchers was not consistent, particularly in the early years, which makes deciphering each models' lettering and numbering somewhat difficult.

However, the SW1200 was a straightforward moniker with "SW" denoting "switcher" and 1,200 the horsepower rating.  Once more, EMD enjoyed strong sales with this model as a variety of railroads and private industries purchased the locomotive.

Today, just as with virtually every other model in the series, SW1200's can continue to be found hauling freight for short lines and used in industrial settings, along with also pulling excursion trains. 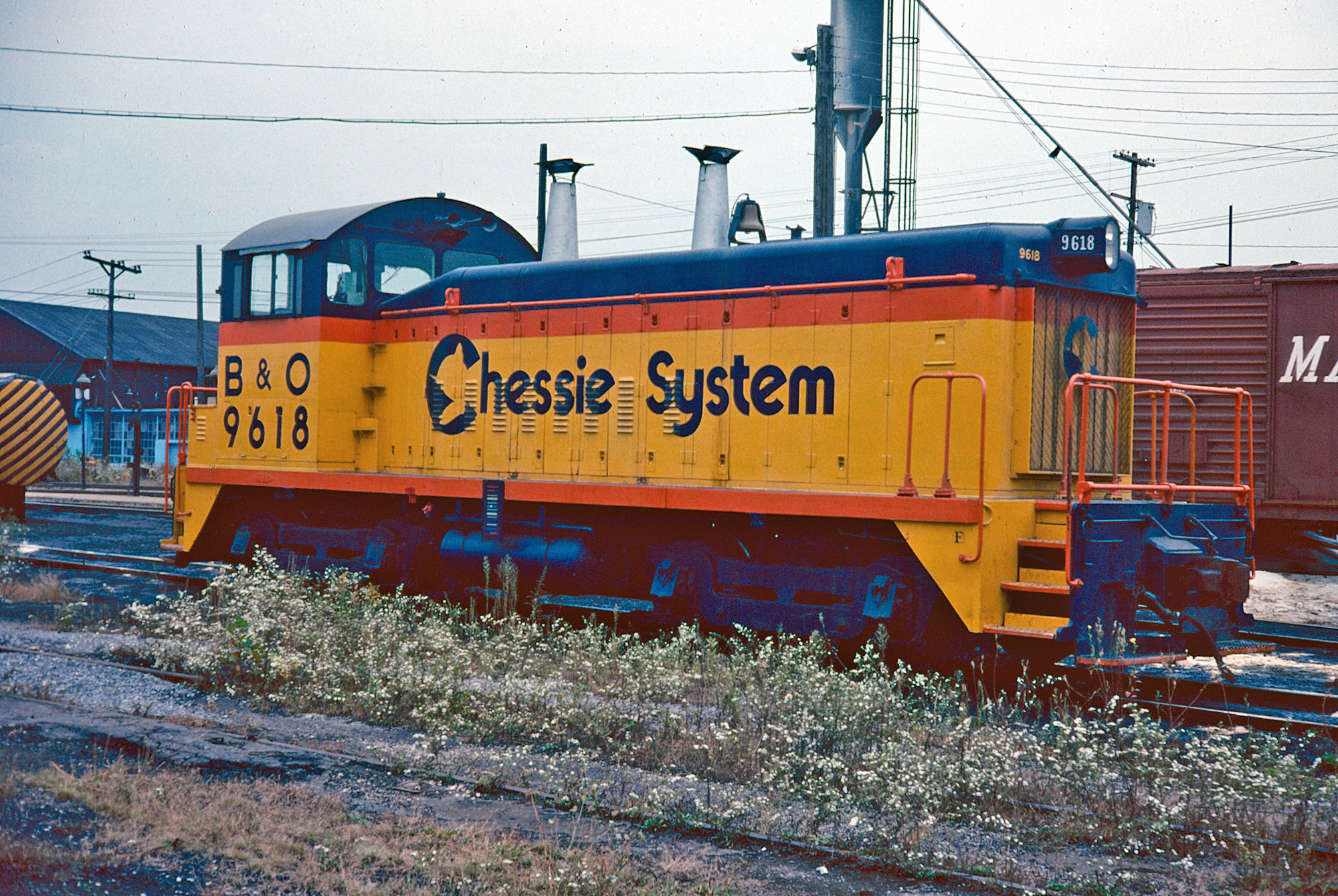 The SW1200 began production in January, 1954 around the same time as its less powerful counterpart, the SW900. The model used EMD's 567C prime mover.

The 12-cylinder engine could produce a hefty 1,200 horsepower, which proved a strong selling point.  At this rating the locomotive could be used in either switching work or even light freight duties.  This latter ability was further enhanced by optional MU capabilities. 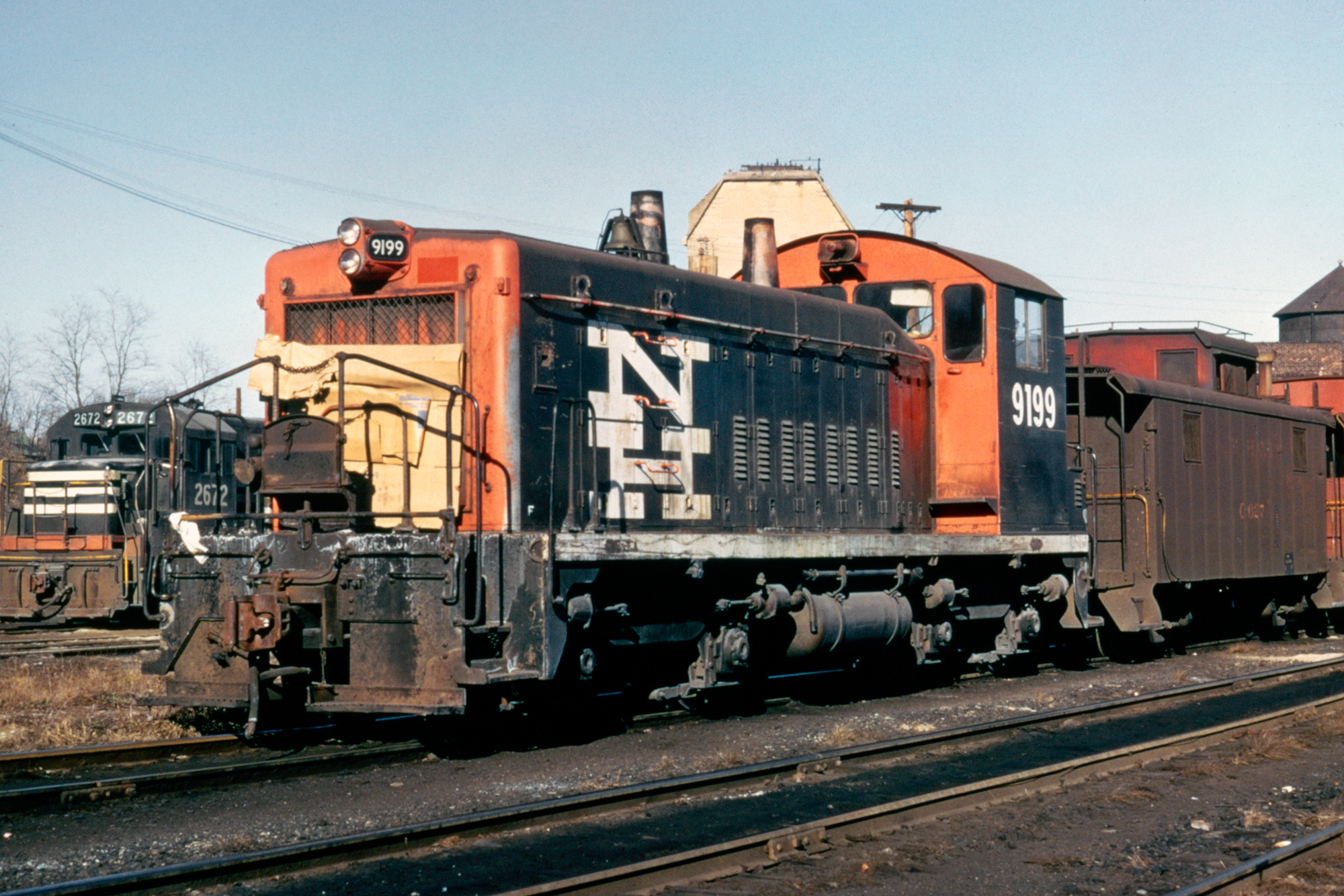 Sales for the SW1200 quickly took off and with the builder's reputation at the time as the best locomotive manufacturer on the market, sales remained steady through the 1950s and even into the 1960s. 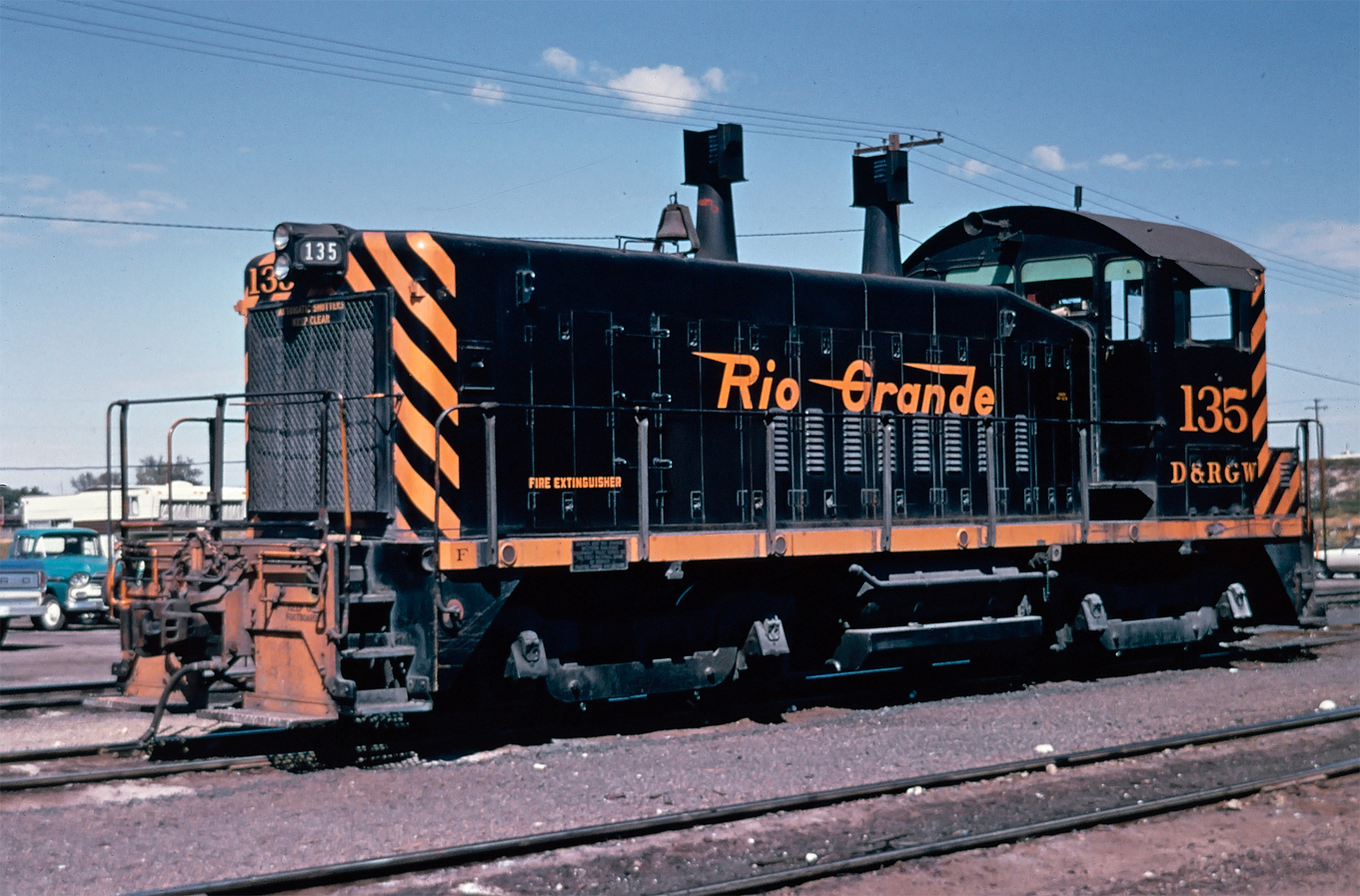 After EMD released the SW9 it abandoned cataloging its cow/calf TR series although it contemplated doing so with the SW900 of 1953 but ultimately decided against doing so.

In any event, the SW1200 would also not be offered in a cow/calf variant mostly because interest in the setup had waned following the SW9.

Domestic production on the switcher continued through May, 1966 and when the last unit was outshopped some 733 units (including a Great Northern rebuild) had been produced in the United States while another 274 were built by General Motors Diesel of London, Ontario (sometimes referred to as the SW1200RS). 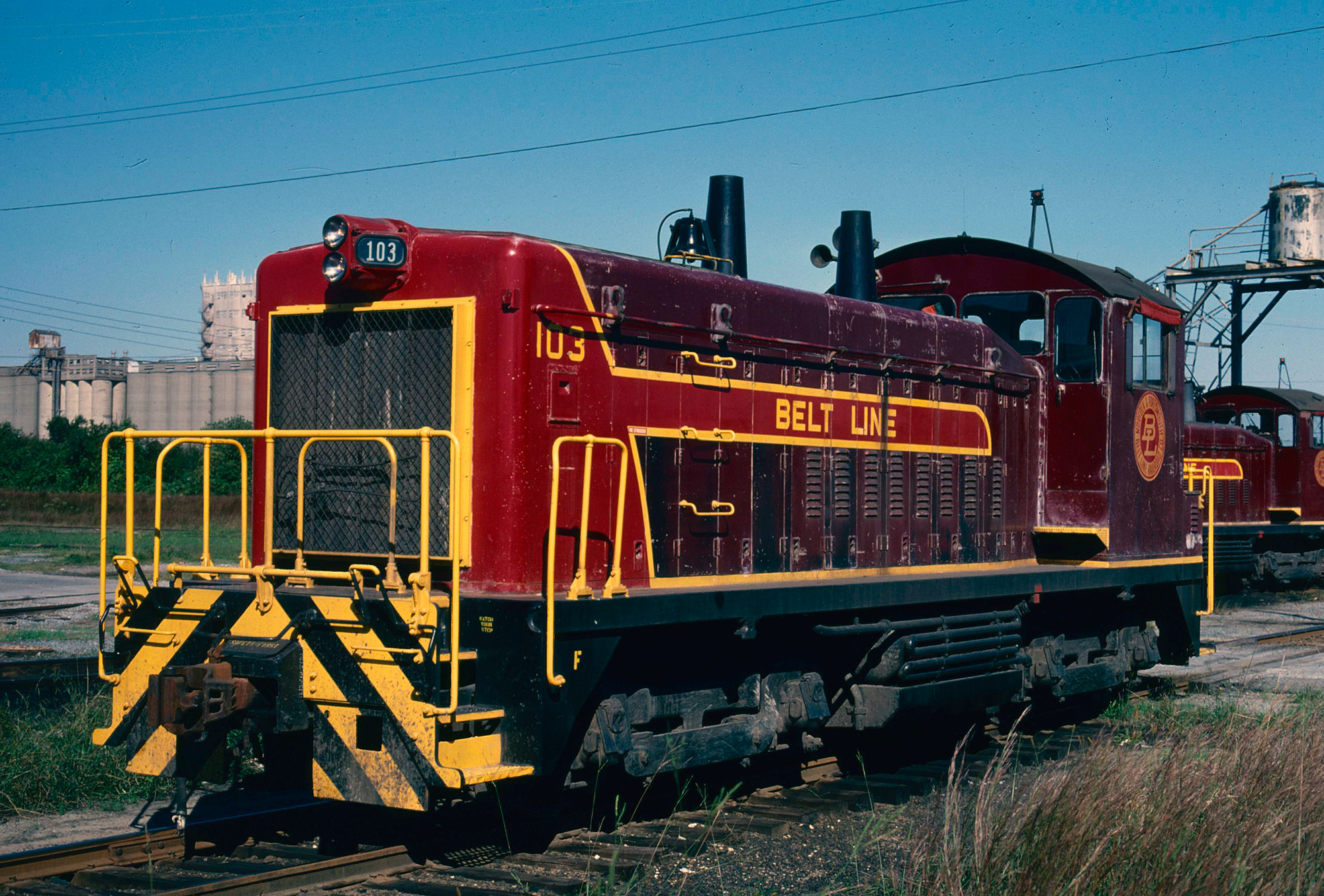 There were also another 32 units built for export in South and Central America including Brazil, Panama, and Chile.

Beginning with the SW1000, EMD swapped engines for the newer model 645 prime mover.  In doing so the builder changed the carbody by featuring a hood with harder lines and less beveling, wider cab, and higher profile for improved visibility.

SW1200's completed from trade-in units, reusing the same serials as their predecessors.

Canadian units are sometimes referred to as SW1200RS, equipped with Flexicoil trucks. 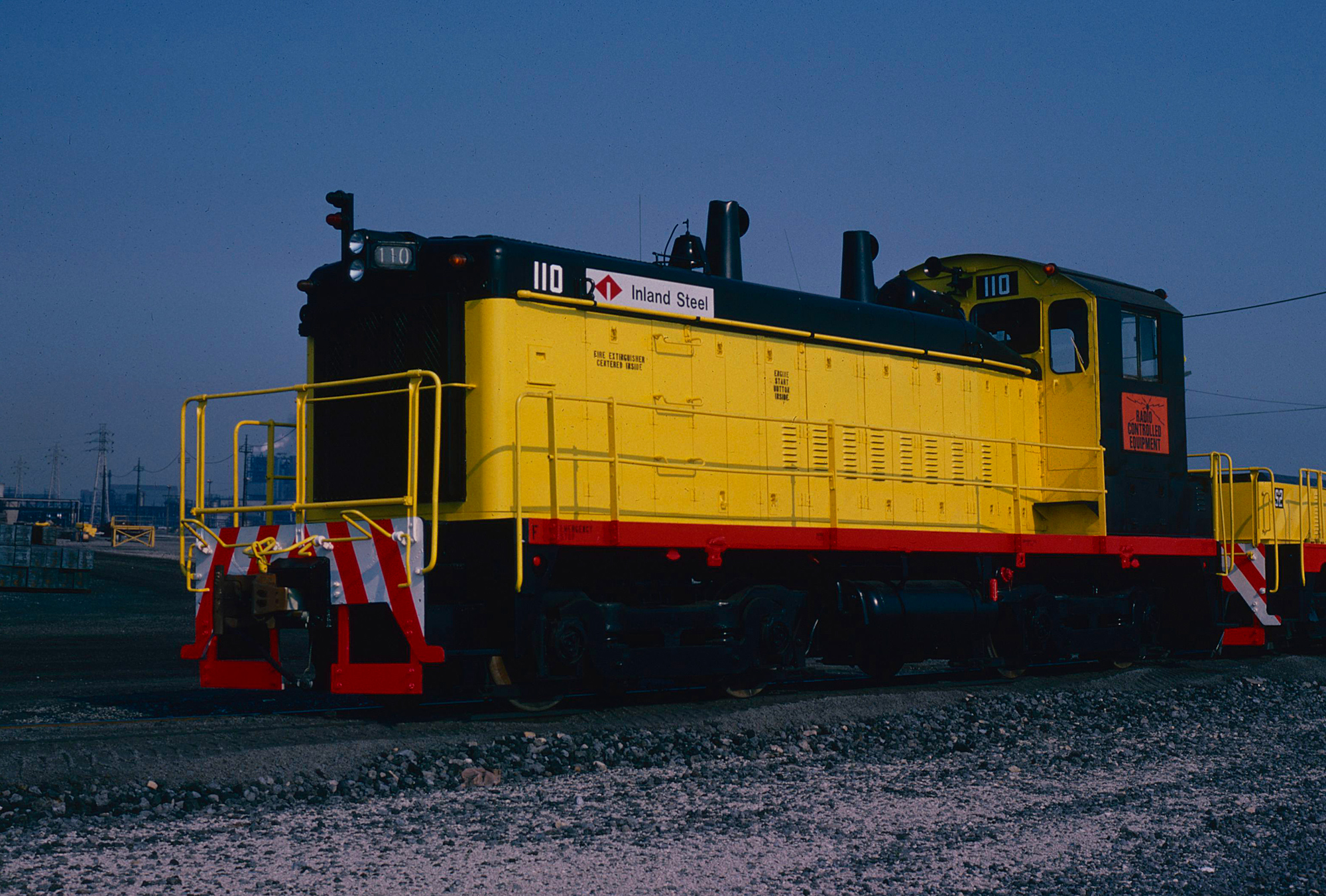 Unfortunately, this 8-cylinder variant's slightly longer frame and higher cab caused clearance issues for private industries.  As a result, EMD would release an updated version, the SW1001, to correct these flaws.

The SW1200's immediate successor was the 12-cylinder SW1500, a model that continued the success of its predecessor and saw more than 800 units produced at La Grange.  Today's the powerful and versatile SW1200 is still quite common in industrial settings.