The 2-6-2 Prairie Type steam locomotive had been in use in other parts of the world, or built with tanks (meaning, the locomotive’s water hold was a tank mounted directly over the boiler, instead of its typical location, in a trailing tender) since the 1880s.

However, a 2-6-2 tender-design was not manufactured until the turn of the 20th century when the Chicago, Burlington & Quincy first put the design into service.

Because the Burlington planned to use the locomotives along its granger lines through the farms and fields of the Midwestern prairies the 2-6-2s were dubbed "Prairies."

While many of these locomotives were built, more than 1,000, most large railroads shied away from them due to their balancing issues and the fact that the 2-8-0 Consolidation was a much more reliable and powerful design anyway for main line service. Today, numerous 2-6-2s remain preserved and more than a dozen remain operational. 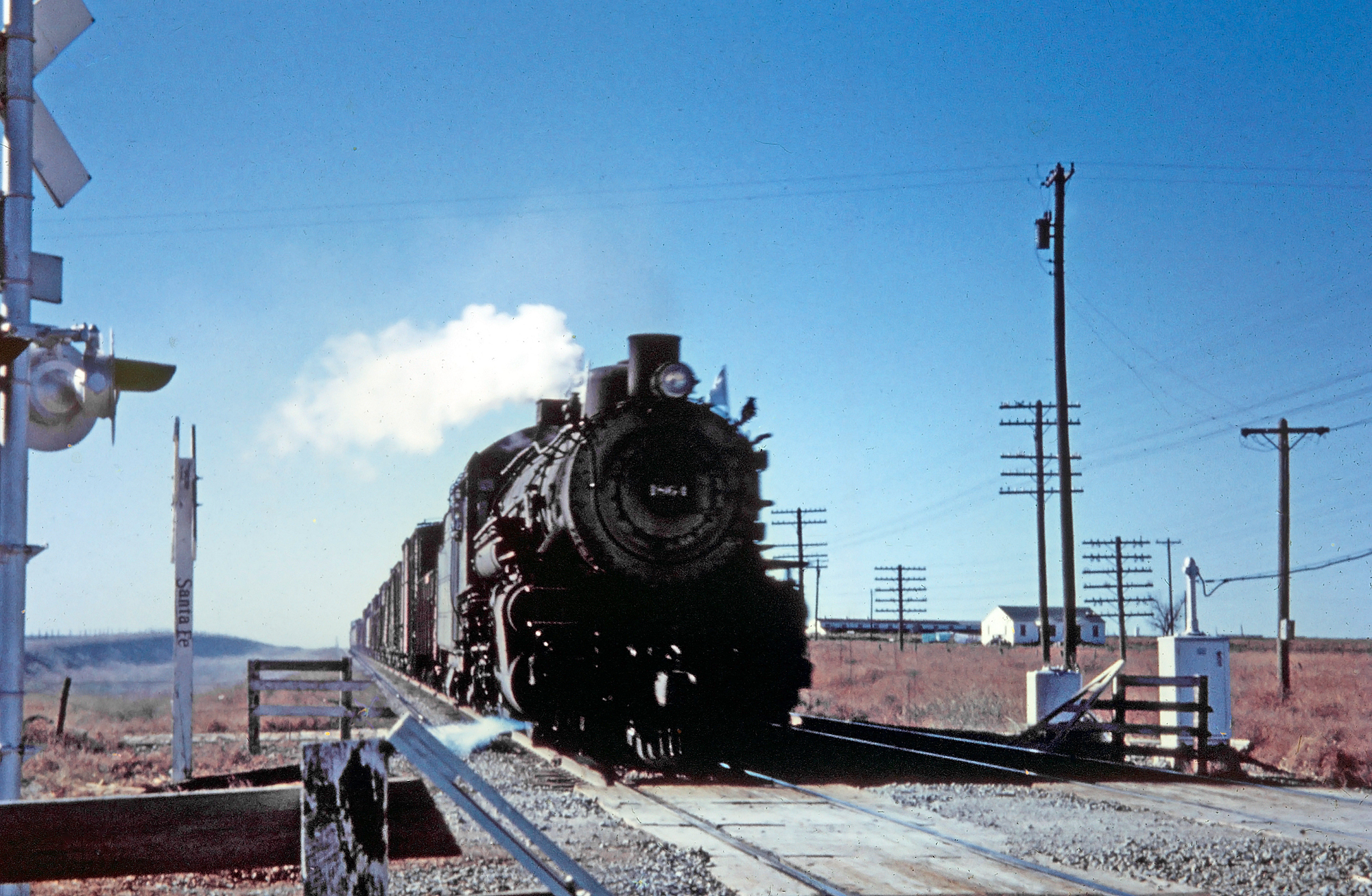 The 2-6-2 Prairie Type was developed from the 2-6-0 Mogul. Moguls were another of the early steam locomotive designs similar to the Ten-wheeler and Consolidation.

Also like the 2-8-0 and 4-6-0 the Mogul was developed to replace the ubiquitous 4-4-0, which saw use all across the country on everything from freight to passenger trains throughout most of the 19th century and even into the 20th.

The success of the 2-6-0 came with the addition of the free swiveling “bogie” front truck originally patented by Levi Bissell in the late 1850s. Also, due to the Mogul’s greater adhesion over an American and lower cost compared to a Ten-wheeler the design sold relatively well.

This was particularly the case on short lines where money was not only an issue but also because the 2-6-0 could be used on relatively light trackage.

However, the 2-6-2 Prairie was never as successful or reliable as the Mogul, and faced many of the same instability problems as the later 2-10-2 Santa Fe encountered. Due to imbalancing (which not only caused wear on the locomotive but also could damage the track) and  slow track speeds by the 1920s many railroads began to dislike the 2-10-2.

Even though both locomotives had significant drawbacks apparently the AT&SF found them satisfactory enough to be used in daily service (for instance, the railroad ordered a batch of 88 Prairies from Baldwin in 1924 when many newer and more powerful models were already in production).

The first Prairie went into service on the New Zealand Railways, built by the Baldwin Locomotive Works, in 1885 more than a decade before the wheel arrangement first saw use in the United States.

While most European railroads utilized the tenderless tank design, the 2-6-2T, American lines built theirs with the common format of a trailing tender. The first 2-6-2 was built for the McCloud River Railroad in October of 1898 by Baldwin predecessor Burnham, Williams & Company.

This small line located in northern California would only roster three of these locomotives but it began a common theme in how the 2-6-2 would be operated going forward; the McCloud was a logging railroad and it found the Prairie very useful since its small size and extra axle allowed it to operate on light track with sharp curves.

Two years later in 1900 the Burlington pioneered the 2-6-2 design for main line freight service, looking for a locomotive to use along its Midwestern routes.

Despite their issues on other railroads the CB&Q was very fond of Prairies; listed in more than a half-dozen classes from R-1 through R-5 the Burlington came to own nearly 400 examples, by far the most of any singular railroad.

The locomotives were built between 1900 and 1912 from the Brooks Locomotive Works (Alco), Baldwin, as well as the CB&Q's own shop forces. The early designs weighed roughly 150 tons with tractive efforts around 22,000 pounds although later examples came in at 184 tons and could produce more than 35,000 pounds of tractive effort.

In any event, all of the Burlington's Prairies could operate on 90-pound trackage or less making them ideal for medium-duty freight and branch line service.

Most of their 2-6-2s were retired in the 1930s but surprisingly some of the R-4 and R-5 models survived until the end of the steam era in the 1950s. In general, though, the railroad began replacing them as early as 1910 with the more powerful 2-8-2 Mikado design.

Despite the Prairie's many design flaws over 1,000 were eventually produced in the United States (and over 1,700 worldwide), nearly half of these, of course, were used on the CB&Q. Today, 95 of this wheel arrangement still survive, with roughly fifteen original units that remain in operation (including 2-6-2Ts and narrow-gauge examples).