The DT-6-6-2000 was one of the most interesting models released by a major manufacturer.

This design was a specialized type of locomotive intended for use in heavy drag service over short distances, such as on terminal railroads or moving cuts of cars between local yards.

Believing that there was a market for such, Baldwin released the DT-6-6-2000 directly after World War II, one of first models to employ the company's own prime mover.

For a switcher, it was massive and, ironically longer than virtually every road switcher or cab unit on the market at that time.

As John Kirkland explains in "The Diesel Builders: Volume Three," the locomotive featured dual control stands for maximum flexibility, thus allowing operation in either direction without turning the locomotive.

Ironically, for a design geared towards switching, the DT-6-6-2000 retained a high-hood on both ends, thus restricting a crew's 360-degree view from either the ground (seeing the engineer) or the cab.

Unfortunately, the design had mechanical issues and railroads were never really interested in such a specialized locomotive resulting in fewer than 50 constructed when production had ended. 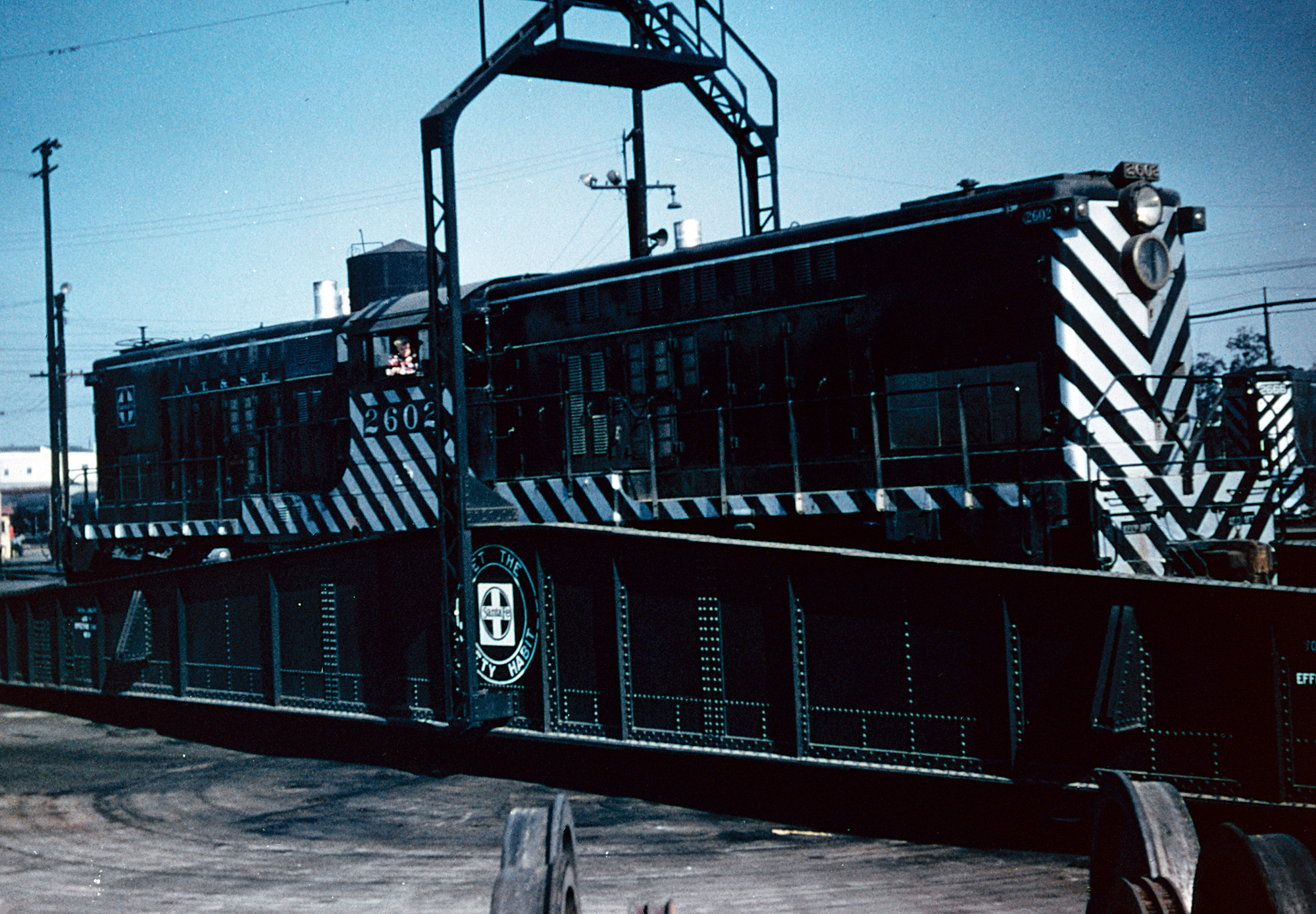 It utilized two of Baldwin's 608NA prime movers equipped with C-C trucks and producing 2,000 horsepower. Even into the 1940s, Baldwin still shrugged off the notion of diesels as main line freight locomotive.

The company also held the philosophy that any such model it did produce should be customized to whatever task a railroad desired or requested.

A Baldwin Locomotive Works builder's photo featuring one of its massive DT-6-6-2000 transfer switchers, demonstrator #2000, in December, 1948. This unit became Santa Fe #2606. Unfortunately, the transfer market never really took off and coupled with Baldwin's chronic reliability issues few of these sold. Despite their problems, Baldwin's diesels could certainly pull thanks to their powerful Westinghouse traction motors. For this reason, short line SMS Rail Lines in New Jersey still employs a rather sizable fleet of Baldwins in freight service.

This notion harkened back to the days of steam, which were always manufactured and tailored to a railroad's specific needs.

This specialization led to the DT-6-6-2000's development. The switcher's classification was similarly based from the steam era and is why it includes many letters, dashes, and numbers.

The latter was a feature requested on production DT-6-6-2000's, increasing their overall length by nearly 4 feet.

As it turned out there was not much of a market for the transfer switcher; Baldwin ultimately only sold 46 units by the time production had ended in February of 1950.

The Elgin, Joliet & Eastern purchased the most, 27 (including one of the demonstrators), and actually became quite famous for its fleet although they would later be re-powered with Electro-Motive's reliable model 567 prime movers.