The C-Liners replaced FM's earlier cab model the Erie-Built, which proved only marginally success at best. The updated version of FM's cab locomotives did not feature a carbody nearly as elegant as the former, which sported a European look.

It was offered for either passenger or freight (with four or six axles) service and intended to compete against Electro-Motive's (EMD) popular E and F series as well as Alco's FA and PA models.

Unfortunately, the C-Liners saw about the same level of success as the Erie-Builts and FM canceled the line after only a few years of production.

One system which tested most of FM's products was the Milwaukee Road.  The company wound up with a fleet of twelve CFA16-4's and six CFB16-4's.

It was also quite fond of the Erie-Builts and owned many switchers and road-switchers.  Ironically, despite FM's struggles in the industry the company is still in business today producing marine engines. 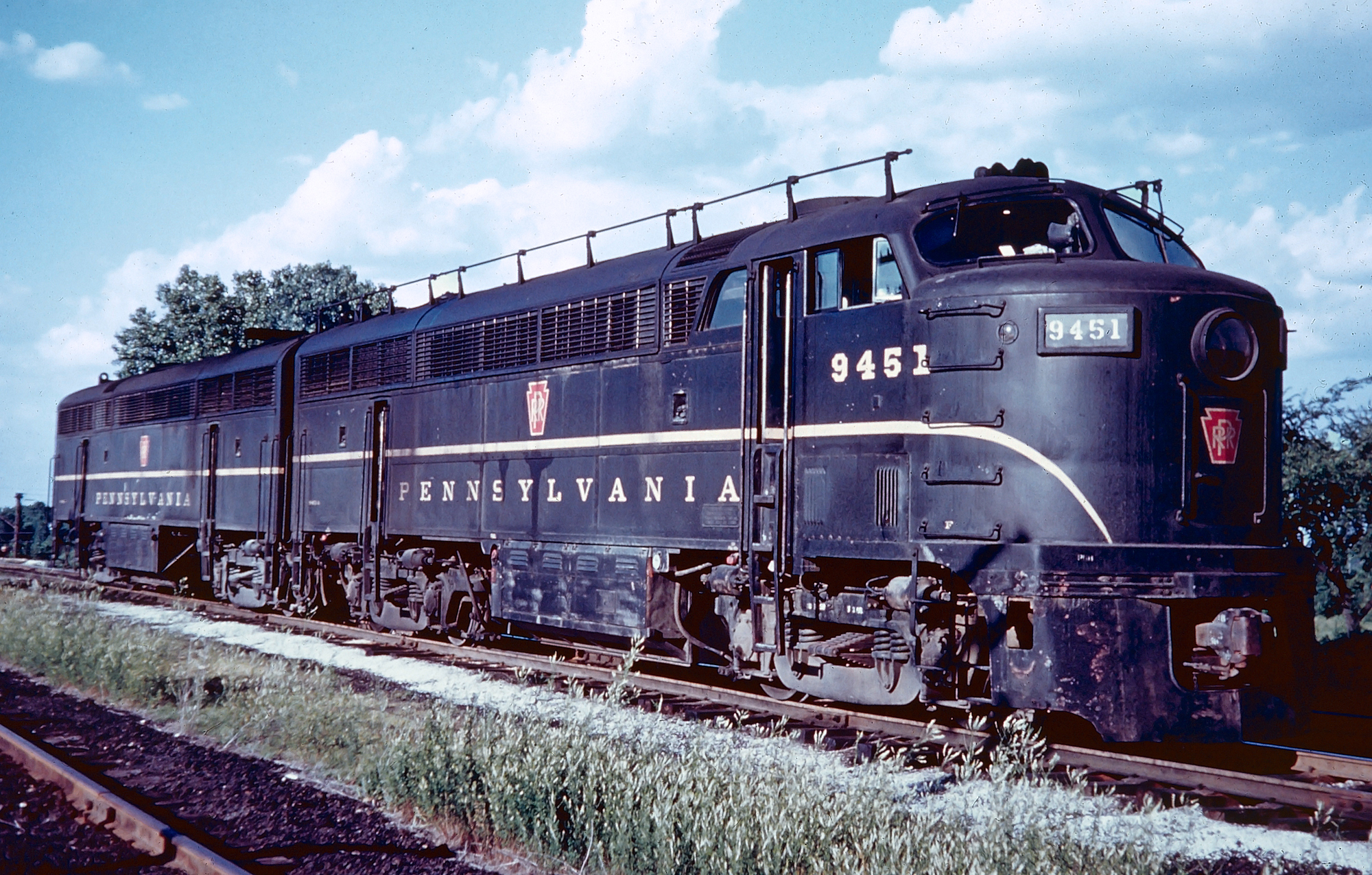 Fairbanks Morse entry into the cab locomotive market began with the Erie-Built model of 1945. This design was only intended for passenger service and had an appearance similar to the American Locomotive Company's (Alco) PA model with a long nose, and sweeping cab with a flush roofline.

While FM had hoped to be a strong competitor against EMD and Alco this was not to be as the company canceled production of the Erie-Built after cataloging it for just four years.

In 1950 they introduced a formal line of passenger and freight cab units known as the “Consolidated Line," more commonly referred to as C-Liners. 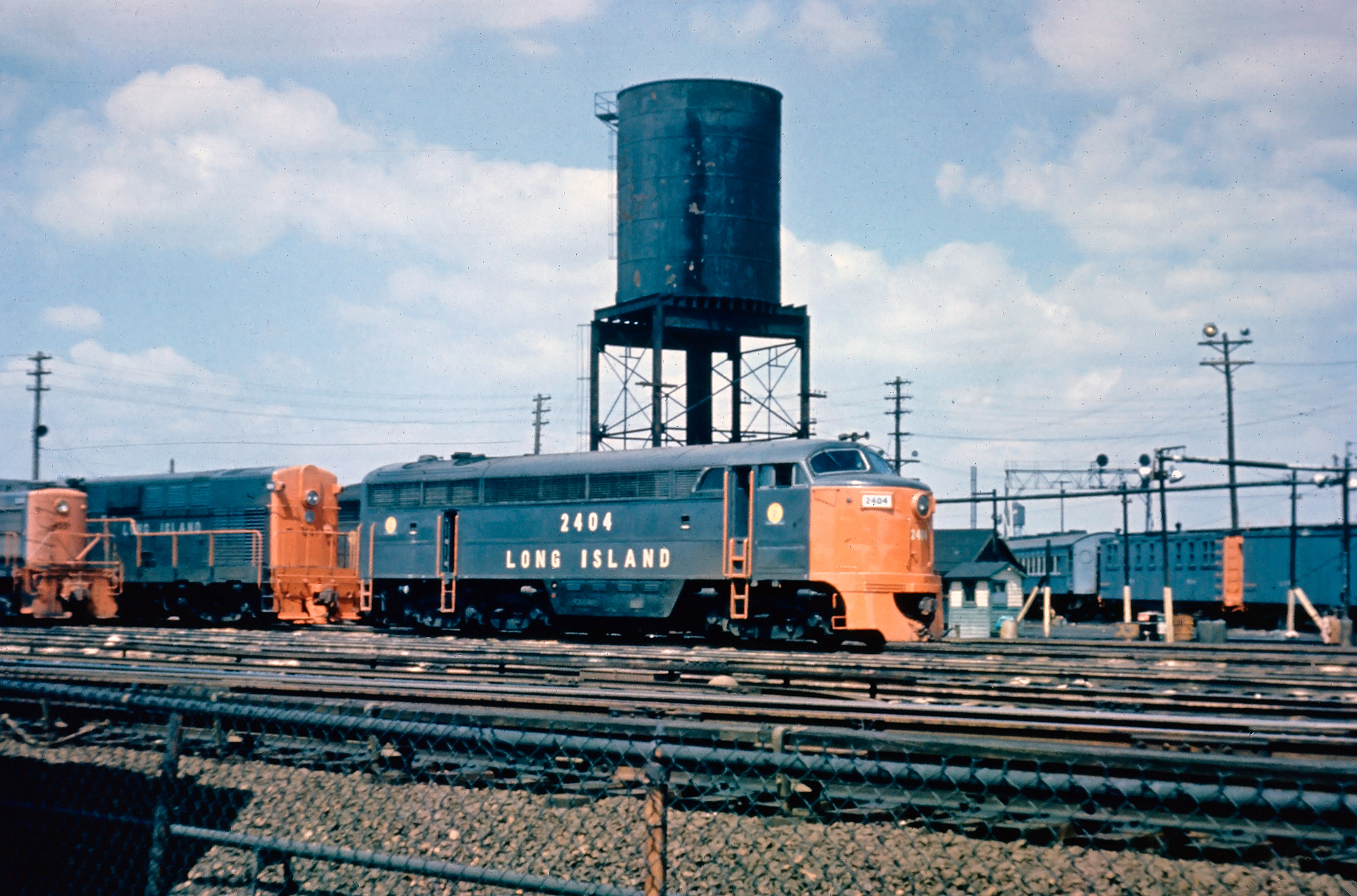 These models were available in three different horsepower variations of 1,600, 2,000, and 2,400 with the option of either four or five axles. The former was only offered in their freight models while the latter used an odd B-A1A wheel arrangement in passenger service.

The most lightly-powered C-Liner was the CFA16-4 introduced in early 1950; it produced 1,600 horsepower using a B-B truck arrangement and was designed freight service.

Of all the C-Liners, the CFA16-4 sold the best outshopping 91 A and B units combined. However, the model sold much better to the Canadian Pacific and Canadian National (through FM's Canadian Locomotive Works) than it ever did to U.S. railroads as only the Milwaukee Road, Pennsylvania, and New York Central purchased examples. 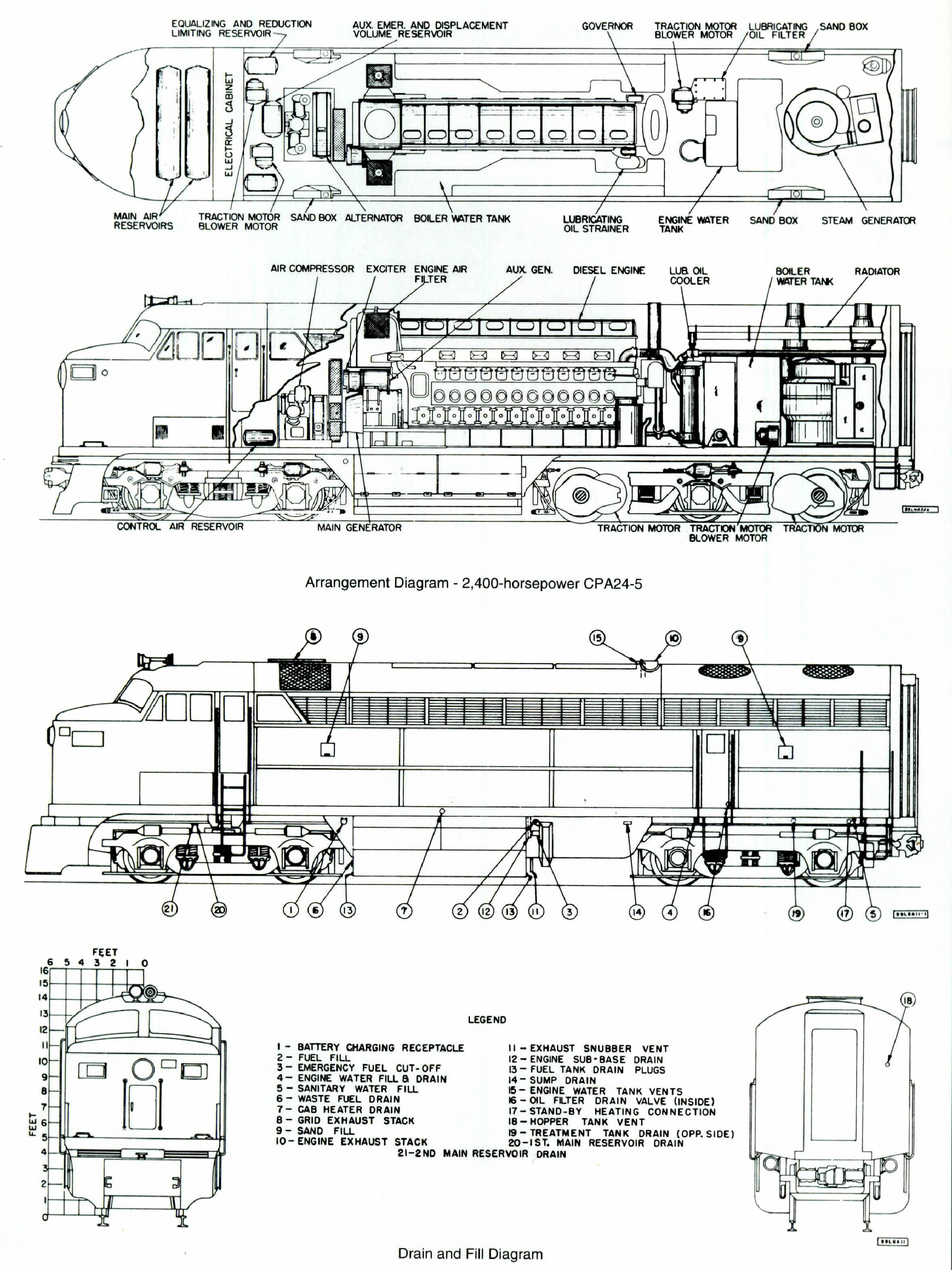 A diagram of the freight and passenger C-Liner variants.

They featured a B-A1A setup whereby the front two axles were powered but the rear truck included three axles with a non-powered center axle (thus the term A1A).

The reason for this was that FM situated its steam generator (which powered on board amenities for passengers such as heating) in the rear of the locomotives and the area needed extra support. 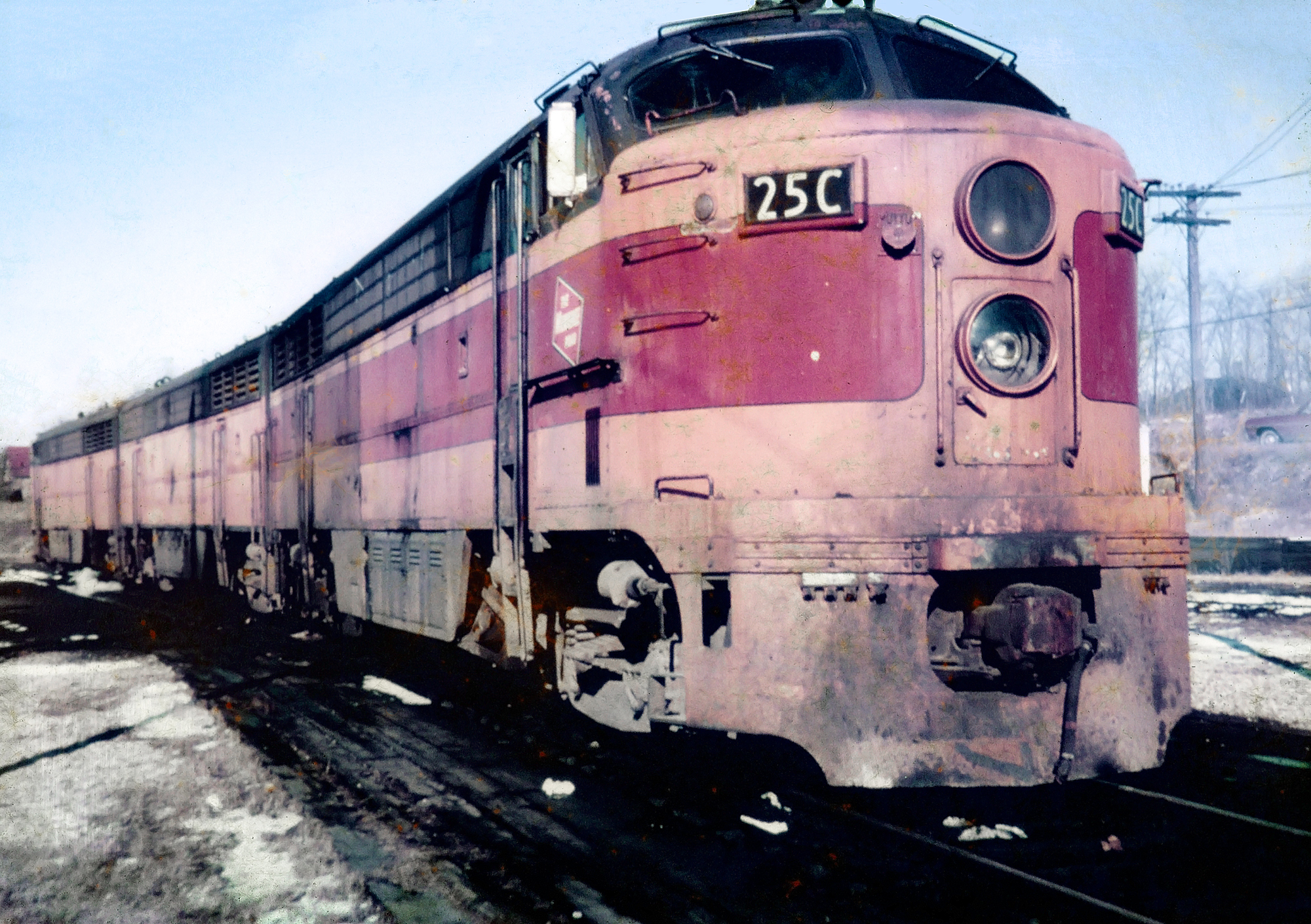 An A-B-A set of Milwaukee Road "C-Liners" (CFA16-4s and CFB16-4), with #25-C closest to the photographer, are tied down in Terre Haute, Indiana in February, 1967. Fred Byerly photo. American-Rails.com collection.

While the FM C-Liners were unsuccessful from a sales standpoint it is not necessarily because Fairbanks Morse's models in general were unreliable (although part of their unattractiveness was due to the carbody design).

Reliability with FM's diesel locomotives has often been questioned but this issue was mostly due to the fact that FM's opposed-piston prime mover was simply too complicated to maintain and far different from the standard designs being offered by the other builders.

For instance, in regards to the Train Master, it has been noted by John Kirkland in his book The Diesel Builders Volume 1 that the Train Masters performed admirably for more than 20 years on the Southern Pacific due to a maintenance team that understood the model.

Variants of FM's Consolidated Line were essentially the same locomotive and differed only in horsepower rating and truck arrangement.

As such, only a single data sheet will be included with notes highlighting each model's differences (if necessary).  The C-Line began with the CFA16-4/CFB16-4 (first completed in September, 1950) and ended with the CPA24-5/CPB24-5 (final completed in March, 1952). 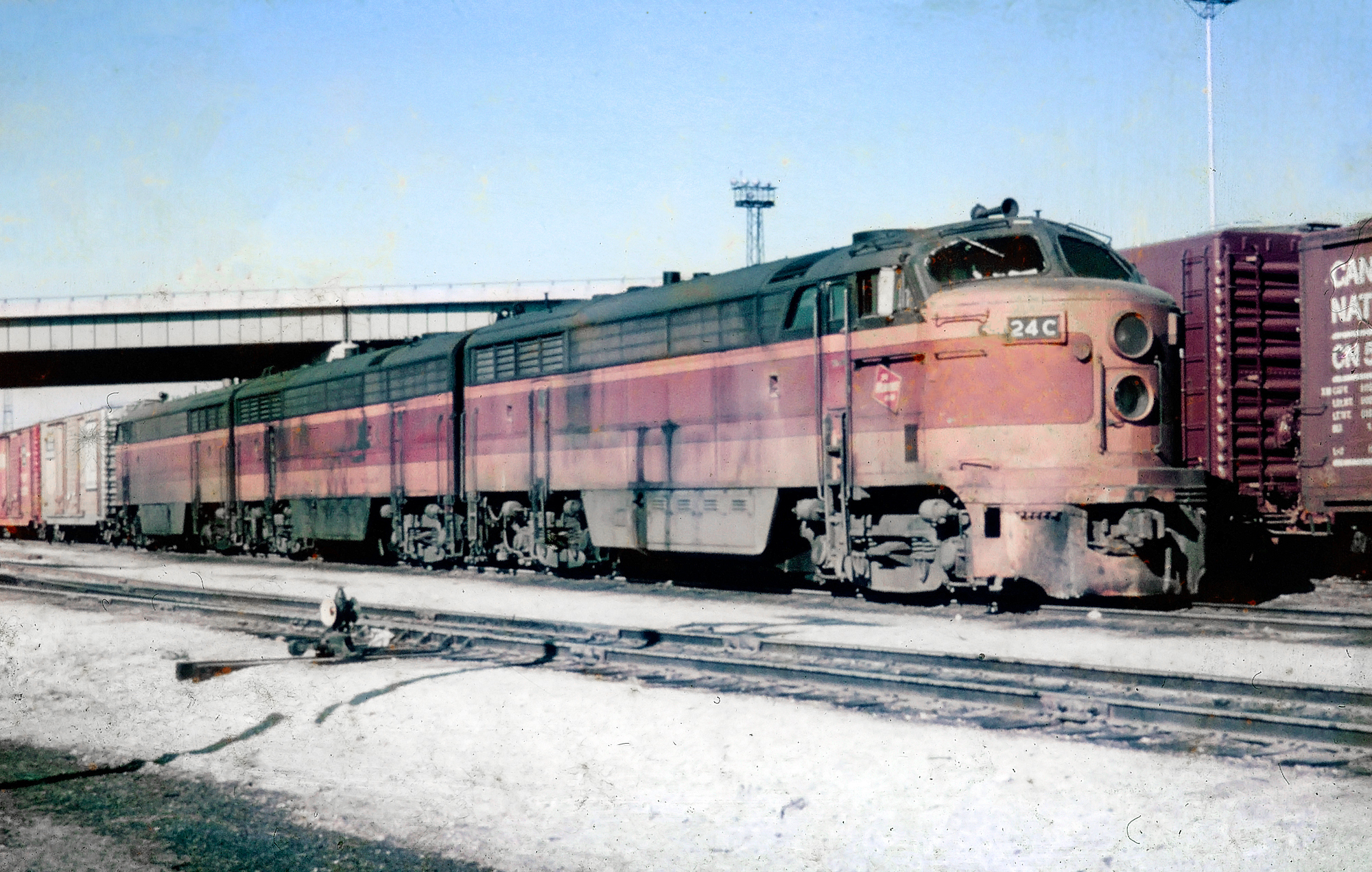 A Milwaukee Road CFA16-4/CFB16-4 "C-Liner" set, led by #24-C, is seen here arriving at the "A" Yard along the east end of the Bensenville, Illinois terminal in February, 1966. Typically known as the "Southeastern" train, this freight served the line to Terra Haute, Indiana. Fred Byerly photo. American-Rails.com collection.

In the end, however, railroads and mechanical departments found the opposed-piston not to their liking when builders like Electro-Motive offered wonderfully reliable and rugged designs with standard prime movers.

All of the FM C-Liners had internal components such as traction motors, generators, and air equipment outsourced to Westinghouse Electric.

Overall, virtually every model offered tractive efforts ranging from 65,000-70,000 pounds starting to 32,000 pounds continuous. Additionally, all C-Liners offered dynamic braking, something Fairbanks Morse did not include with many of its early diesel models.

Today, at least three C-Liners are known to be preserved all of which are located in Canada (it is said one C-Liner still owned by Canadian Pacific remains stored but operational).