Of all the locomotive models produced by Fairbanks-Morse, the Train Master was by far its most revolutionary and best remembered.

Officially cataloged as the H24-66, it was a serious puller that was well built and extremely powerful for its era of production.

Unfortunately, it seems the Train Master was simply too far ahead of its time.  During the 1950's most railroads had yet to embrace the high horsepower, six-axle concept.

It is one of the truly unique aspects of diesel locomotive history.  Had things been different, and FM cataloged the locomotive more than a decade later, it may have been the SD40-2 of its day.

Going further, Fairbanks-Morse may have even blossomed into a major Electro-Motive rival.  Today, there is one H24-66 preserved although it was built by FM's subsidiary, the Canadian Locomotive Works; Canadian Pacific #8905.

The locomotive is currently on display at the Canadian Railway Museum in Saint-Constant, Quebec. 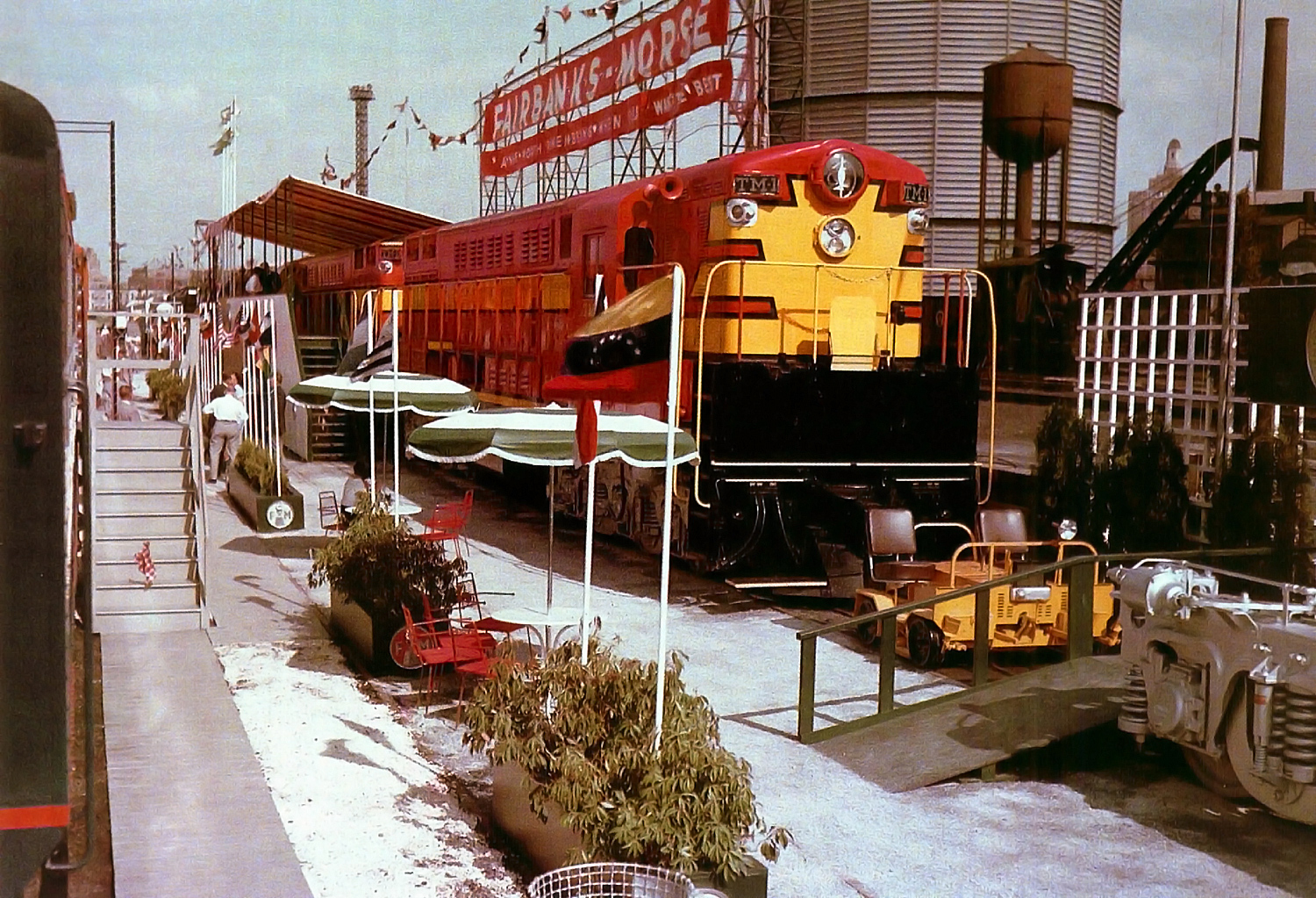 The Train Master began production in April of 1953 and proved itself as the most "successful" locomotive on the market at the time, even if railroads didn't realize it.

The H24-66 utilized Fairbanks Morse's 2-cycle 38D8 1/8 opposed piston prime mover that could produce a hefty 2,400 horsepower and was equipped with Trimount trucks.

The TM offered the most horsepower of any locomotive in its class at that time and despite its size could also out accelerate any comparable locomotive, even making it ideal in some types of passenger service (a trait not missed by the Southern Pacific).

As John Kirkland notes in his book, "The Diesel Builders: Fairbanks-Morse And Lima Hamilton," FM actually cataloged the Train Master for passenger and freight operation by offering the option of a 2,400-gallon steam generator.

The locomotive was offered in a variety of gearing options with a maximum continuous tractive effort rating of 79,500 pounds utilizing Westinghouse electrical equipment.

When FM was forced to switch suppliers following Westinghouse's exit from the traction motor business, General Electric's model GE752 motors could offer as much as 79,500 pounds of continuous tractive effort.

Unfortunately, when the locomotive debuted railroads had yet to grasp the diesel as a high horsepower commodity.

As such, most saw the H24-66 as beyond their needs.  In addition, many maintenance departments did not want to spend the effort becoming familiar with the opposed-piston prime mover. 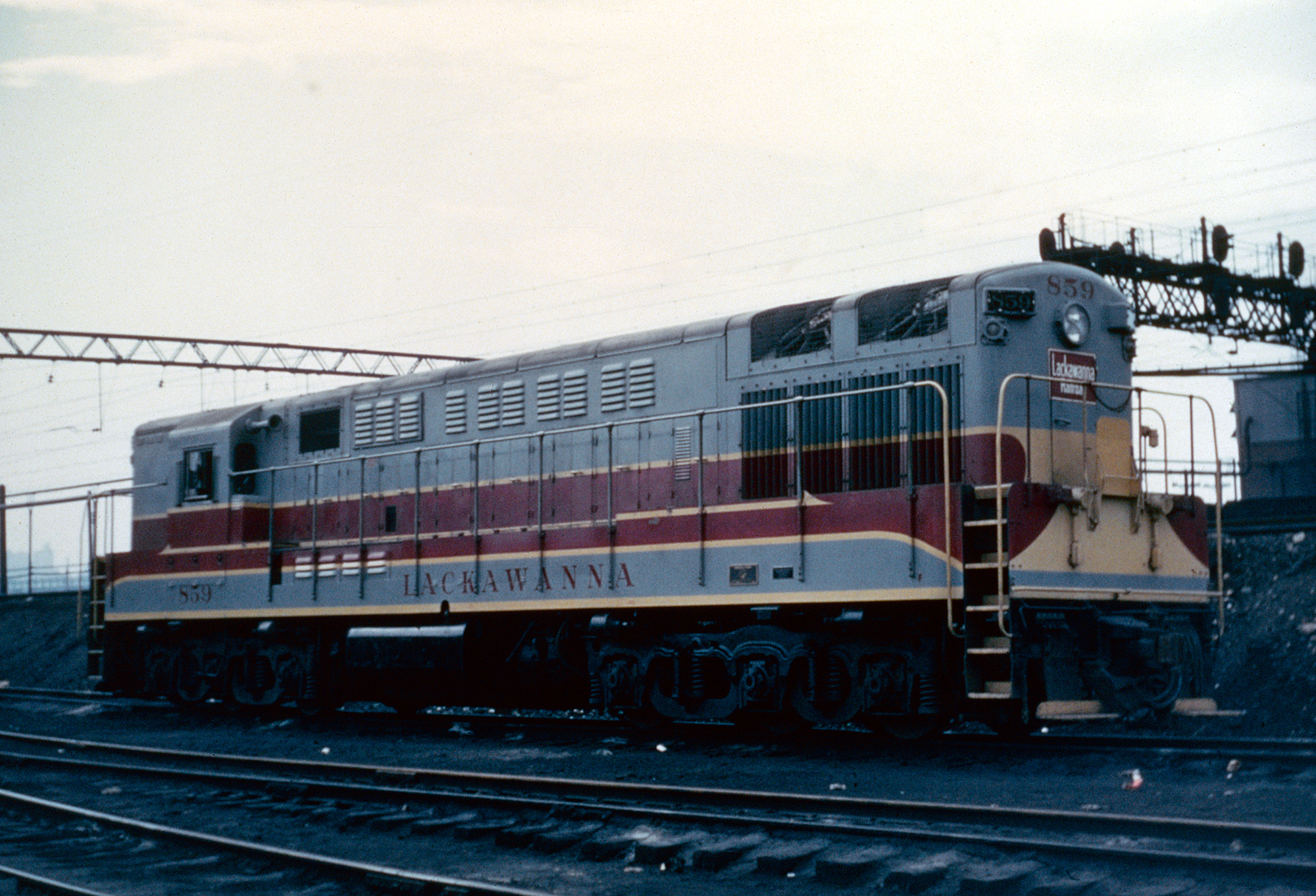 When production had ended in June of 1957, just 127 had been built for a handful of Class I railroads.  FM also manufactured four demonstrators; TM-1 and TM-2 went to the Wabash while the Southern Pacific picked up TM-3 and TM-4.

Interestingly, TM-1 and TM-2 spent time testing on the Milwaukee Road in mid-April, 1953.  Afterward, they were sent to Atlantic City, New Jersey and placed on display at the AAR Convention being held during the week of June 22nd that year.

By the time the Train Master was released, Fairbanks Morse had ended Raymond Loewy's recommendations in styling its locomotives.

However, it did continue to lean on some of his ideas giving the TM a clean look and soft, beveled edges; at 66 feet it was basically an elongated version of its smaller four axle road switchers.

Perhaps the only truly negative aspect of the Train Master was its weight; at just over 194 tons it was quite heavy and hard on the track. 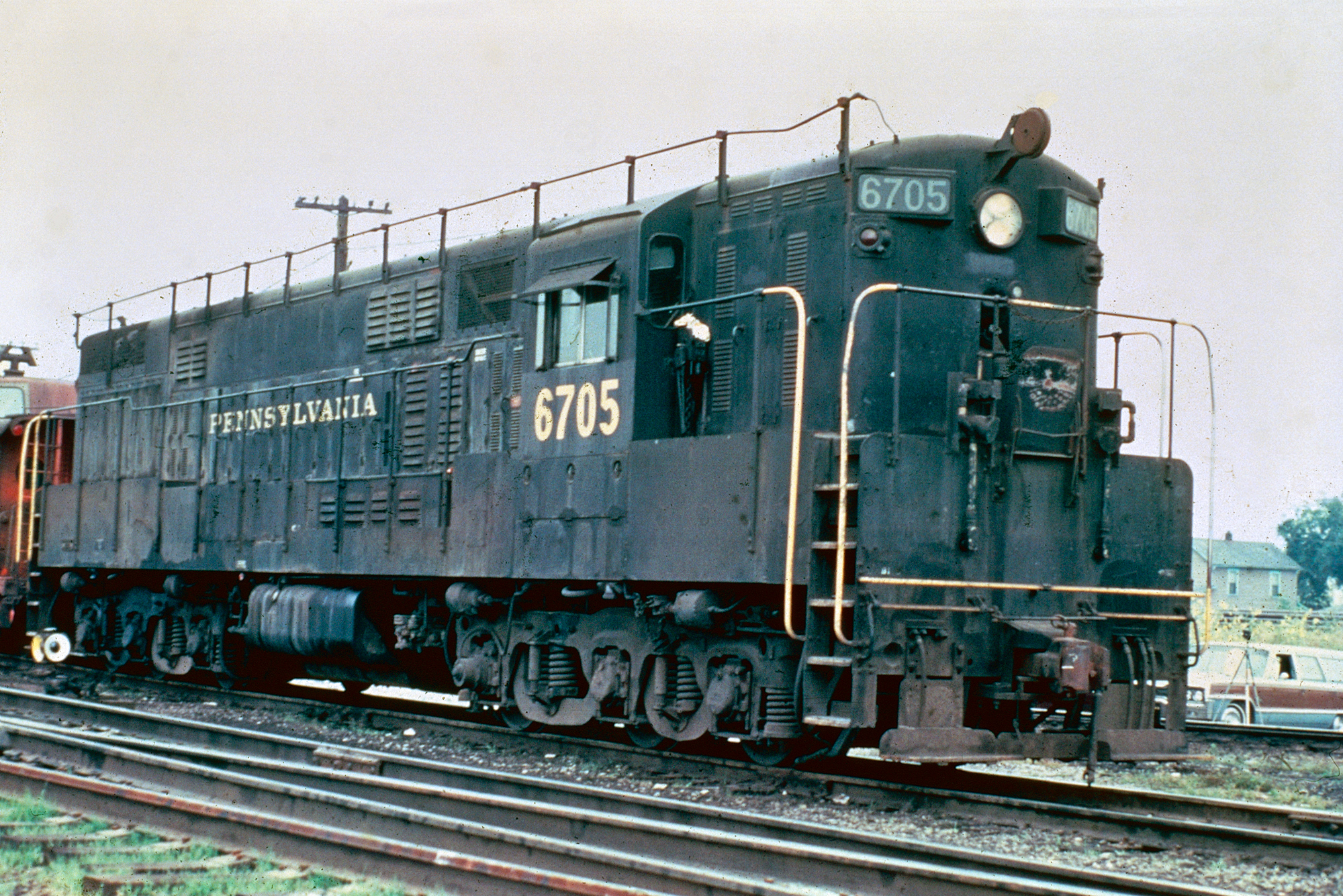 Despite the Train Master's weight issues, and opposed-piston design, many railroads found that the model lived up to FM's hype.

The locomotive took a beating on lines like the Reading and Virginian where it was used in heavy coal drag service.  It performed exemplary in these assignments.

In addition, Southern Pacific liked theirs so well, particularly its fast acceleration, that after newer models replaced the TMs in freight service, the railroad continued using them in commuter operations well into the 1970s.

It should be noted that while the Train Master only saw cool sales numbers it is not necessarily because Fairbanks Morse's models in general were unreliable. 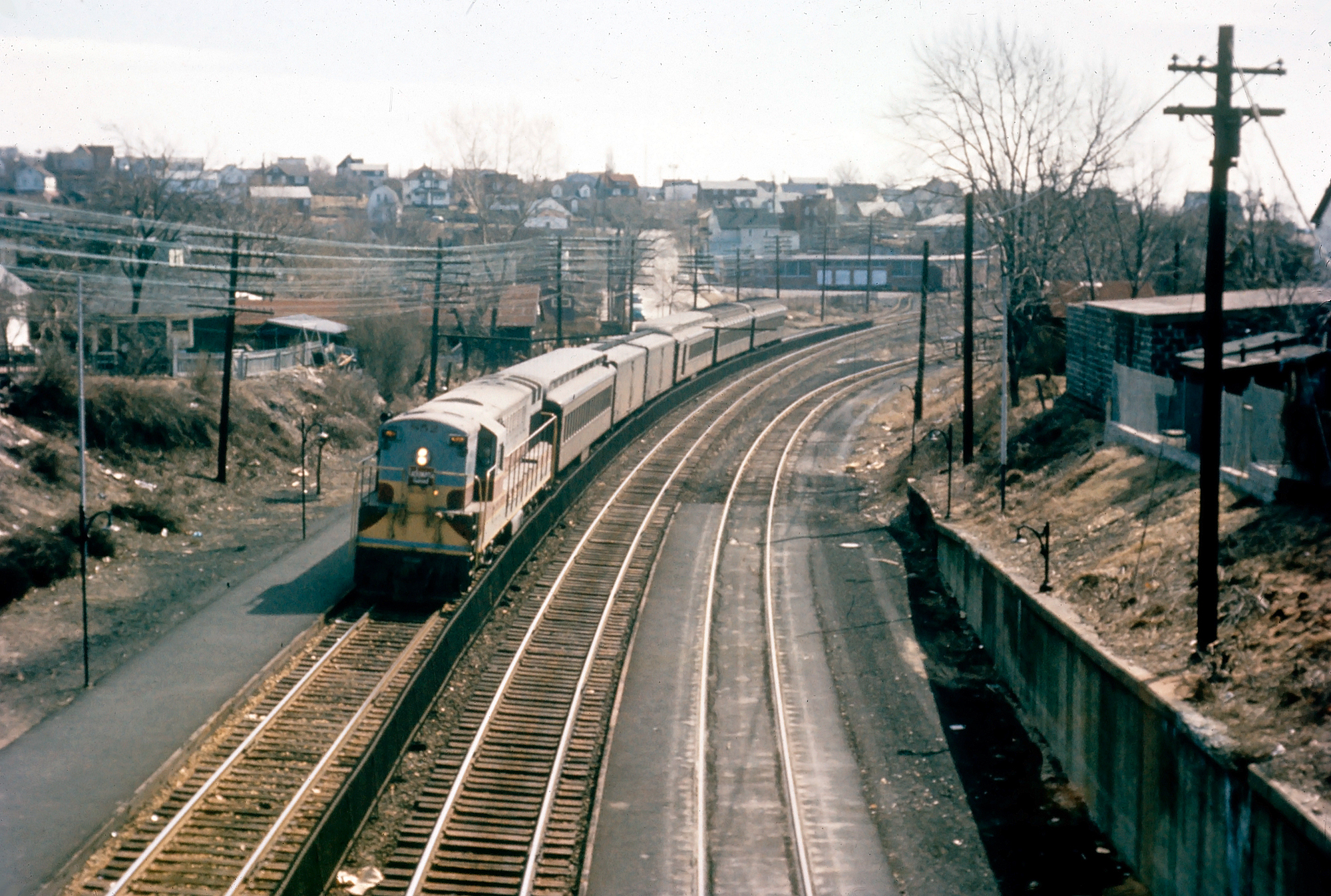 Lackawanna "Train Master" #852 makes a stop at Kingsland Station in Lyndhurst, New Jersey with a westbound local out of Hoboken, circa 1957. Meyer Pearlman photo. American-Rails.com collection.

Reliability with FM's diesel locomotives has often been questioned but the primary issue seems primarily due to the complexity of the opposed-piston prime mover to maintain; it was far different from the standard designs offered by the other builders.

For instance, it has been noted by John Kirkland book The Diesel Builders Volume 1 that the Train Master performed admirably for more than 20 years on the Southern Pacific due to a maintenance team that understood the model and its mechanical inner workings, despite taking a daily beating in freight service.