The GP18 sequentially followed the builder's extraordinarily successful GP9 although the latter model was still in production at the time.

Very similar to the GP7 and GP9, the GP18 was slightly more powerful and came with the option of a low or high, short cab hood something that had only been available upon special request with EMD's first two road switcher models.

The short hood predated Electro-Motive's modern Spartan Cab, which came to define the builder's diesels for the next three decades.  Instead, it featured a short, sloped nose (no doubt an effort to improve forward visibility).

While thousands of GP7s and GP9s were produced just a few hundred GP18s were ultimately built for a little more than two dozen railroads. Ultimately, the model proved to be the least successful of the Electro-Motive Division's early General Purpose series.

Today, several GP18s remain in operation on numerous shortlines and industrial operations around the country although all have since been long retired from Class I rosters.

Currently, two GP18s are known to be officially preserved; Rock Island #1349 is privately owned in California as Central California Traction #1795, and Nickel Plate Road #514 is located at Steamtown in Scranton, Pennsylvania. 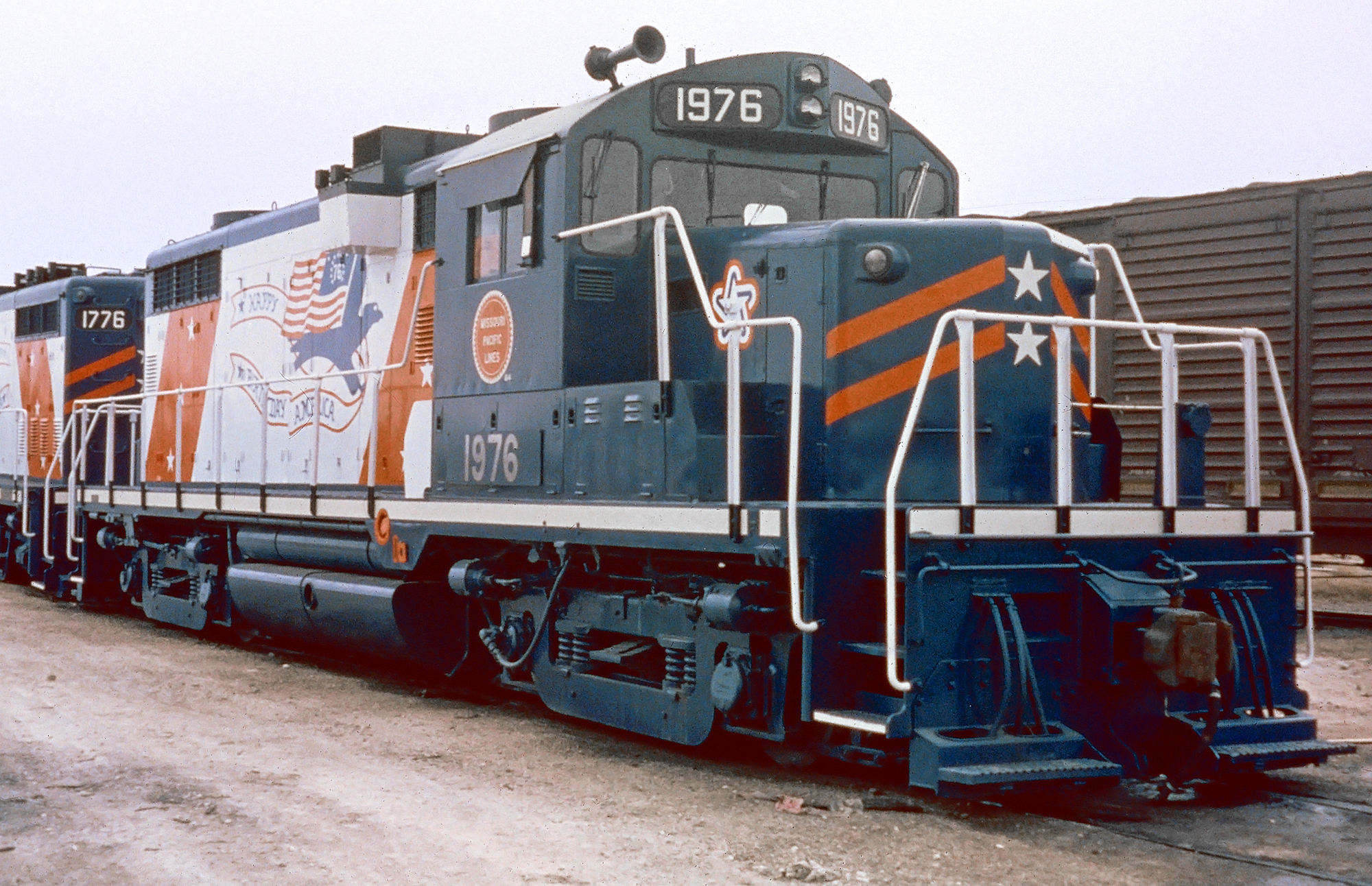 The EMD GP18 began production in late 1959 and is considered the last of the builder's "first generation" models.

It used the final version of General Motors' first locomotive prime mover, the 16-cylinder model 567D1 which could produce 1,800 horsepower, the most powerful in the series up to that time.

As with all GP models the GP18 featured a B-B truck setup and used GM's model D47 traction motors, enabling it to produce 45,000 pounds of continuous tractive effort, the most of any early Geep model.

However, its starting effort was the same as both the GP7 and GP9, 65,000 pounds. At just over 56 feet in length the GP18 was the same length as its predecessor models and did offer many visual differences.

The EMD GP18 was not nearly as popular as the GP9 (or the GP7), although that can partly be contributed to the fact that both were in production at the same time.

Another reason the GP18 saw fewer sales is that by the late 1950s and early 1960s most railroads had filled their rosters, completing the transition from steam to diesel locomotives and for the time simply did not need any new motive power.

Despite its lower sales, numerous railroads, particularly Class Is, purchased at least a few GP18s.

When production on the model ended in late 1963 just over 400 GP18s had been produced (this included more than 50 examples of which were purchased by other countries).

Interestingly, no Canadian lines purchased the GP18 (although Canadian National subsidiary Grand Trunk Western did buy a few) and as such General Motors Diesel of Ontario took no orders for the model.

Despite lukewarm sales success the EMD GP18 was a reliable locomotive, as can be demonstrated by the dozens of units that can to be employed by shortlines and industrial operations around the country.