The SD35 was one of the builder's first second-generation models, released during the mid-1960s. While the locomotive was not as successful as some of its other designs it did sell a few hundred examples during an era when railroads were only starting to realize the benefits of six-axle power.

New features of the SD35, which dated back to the SD28 of 1965 was a redesigned frame and new Spartan Cab, commonly known as the standard cab.

While EMD was experiencing growing competition from General Electric it was still in its prime and would make another run of phenomenal success during this time with models like the GP35, GP38 series, SD40 series, and others.

About a dozen major railroads purchased the SD35 and a number of these remain in service. One example is known to be formally preserved, Baltimore  & Ohio #7402 at the Baltimore & Ohio Railroad Museum, as well as the variant SDP35, Seaboard Air Line #1114 in Hamlet, North Carolina. 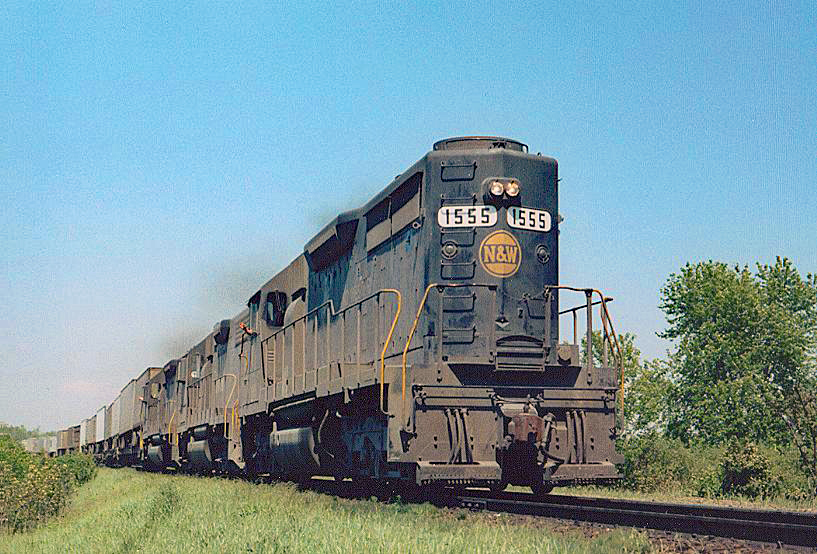 With a friendly wave from the engineer in the cab of Norfolk & Western SD35 #1555 running long-hood forward, a westbound pig train rolls through Hamburg, New York on June 2, 1974. Doug Kroll photo.

The SD35 began production in the early summer of 1964. It followed six-axle designs like the SD18, SD28, and SD24 which which saw relatively few sales.

The locomotive utilized General Motors' tried and proven 16-cylinder model 567D3A prime mover, which could produce 2,500 horsepower featuring GM's D67 traction motors that could achieve a starting tractive effort of 90,000 pounds and 50,000 pounds continuous (the continuous rating was actually quite a bit less than what the SD24 offered). Perhaps the most noticeable trait of the SD35 was its carbody.

Beginning with the 35 series, EMD used a "simplified" design, which became standard on virtually all new models until the FRA-mandated safety cab went into effect during the late 1980s/early 1990s. 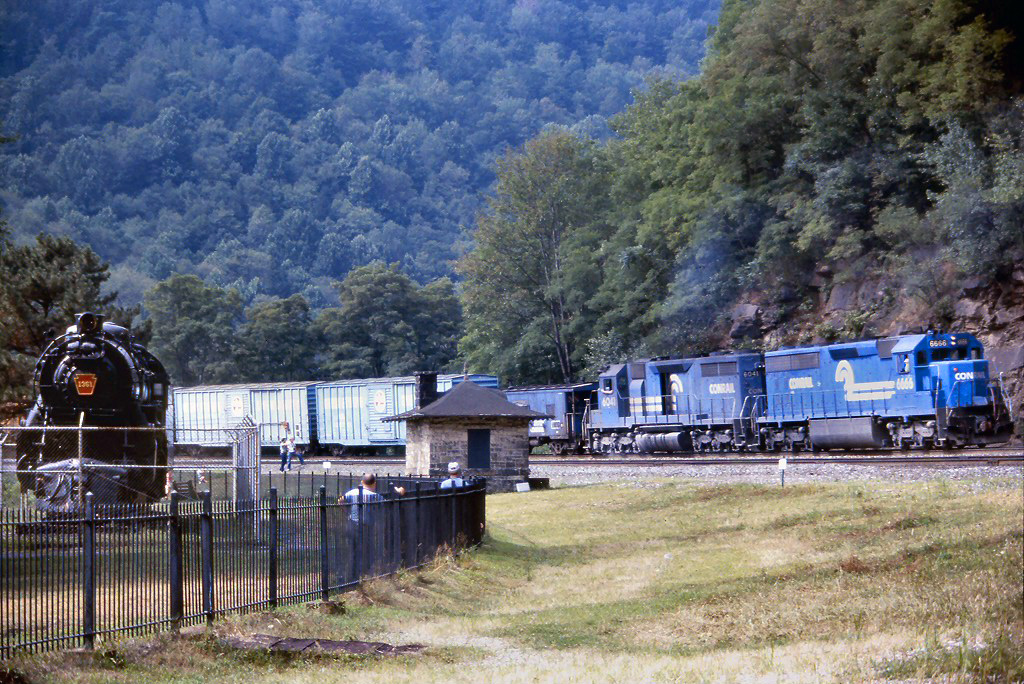 The long hood was not significantly different from earlier models but the cab, which EMD referred to as the Spartan (otherwise known as the Standard Cab) became an industry classic with a low, short nose and front windshield.  While the SD35 was designed for freight service railroads could purchase one with a steam boiler for passenger/commuter operations this option, classified as an SDP35. 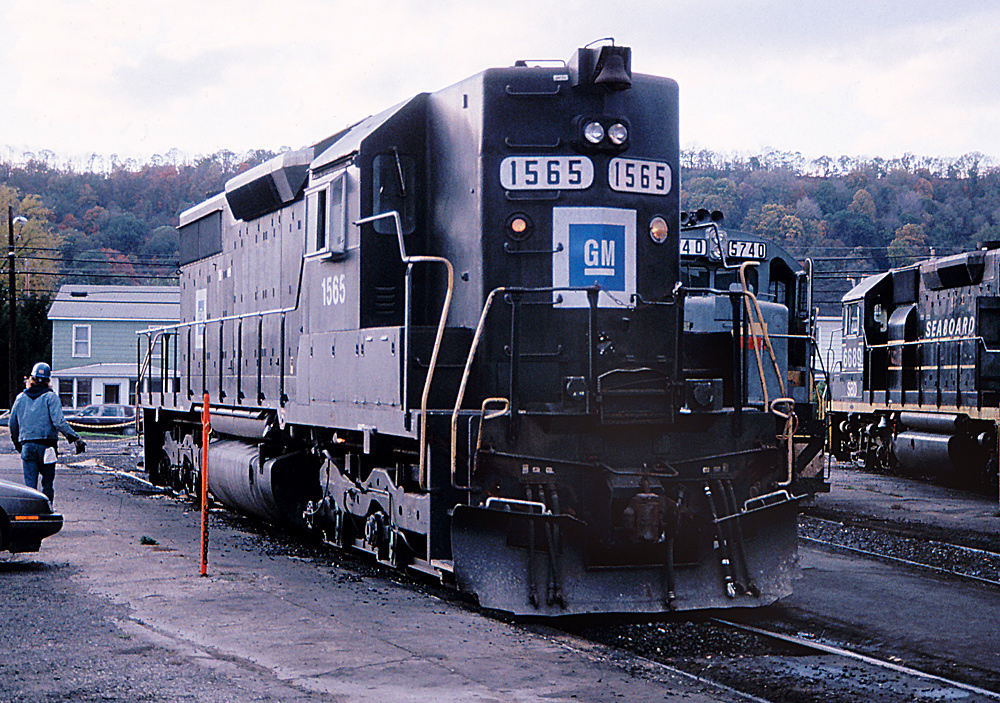 They remained the same length as the SD35 but included the above mentioned boiler for passenger use (the boiler used the open, rear porch space).

While not wildly successful, the locomotive sold relatively well and paved the way for the venerable SD40 series. When production had ended in early 1966 eleven different Class I railroads purchased the model with Southern Railway owning the most, 100. 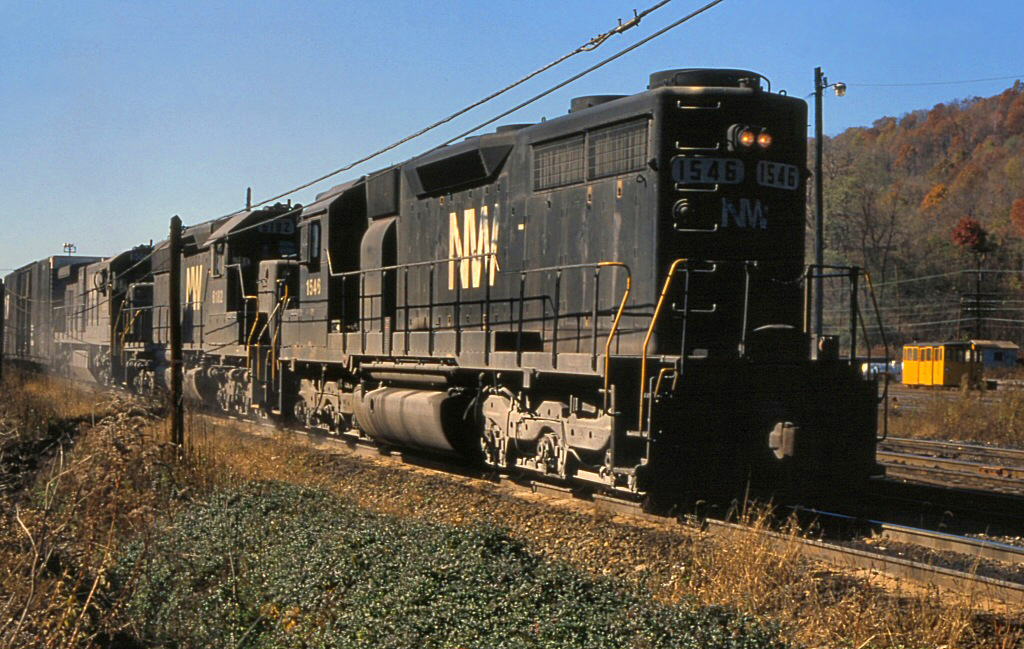 Of note, EMD's demonstrator #7715 was picked up by the ACL. Today, places you can find SD35s in regular service include Montana Rail Link, Squaw Creek Southern Railroad, and Norfolk Southern has converted former N&W #1530 into a test locomotive.