The VO660 was Baldwin's first diesel switcher model, debuting in 1939 along with its more powerful cousin, the VO-1000.

It somewhat resembled models then in production by the American Locomotive and Electro-Motive Corporation.

The Baldwin Locomotive Works was slow to embrace the diesel-electric concept as a main line locomotive.

However, as John Kirkland points out in his book, "The Diesel Builders: Volume Three (Baldwin Locomotive Works," Baldwin was quite familiar with electric and diesel-electric technology dating back to the early 20th century.

Between 1910-1926, Baldwin constructed more than 1,230 gasoline-engine switchers and in 1925 built its first diesel-powered locomotive.

Today, a few examples of the VO-660 remain preserved; Wyandotte Terminal #103 is located at the Illinois Railway Museum while Standard Steel #6712 is currently being put back into operation by short line SMS Lines (which loves Baldwins and rosters several in active service). 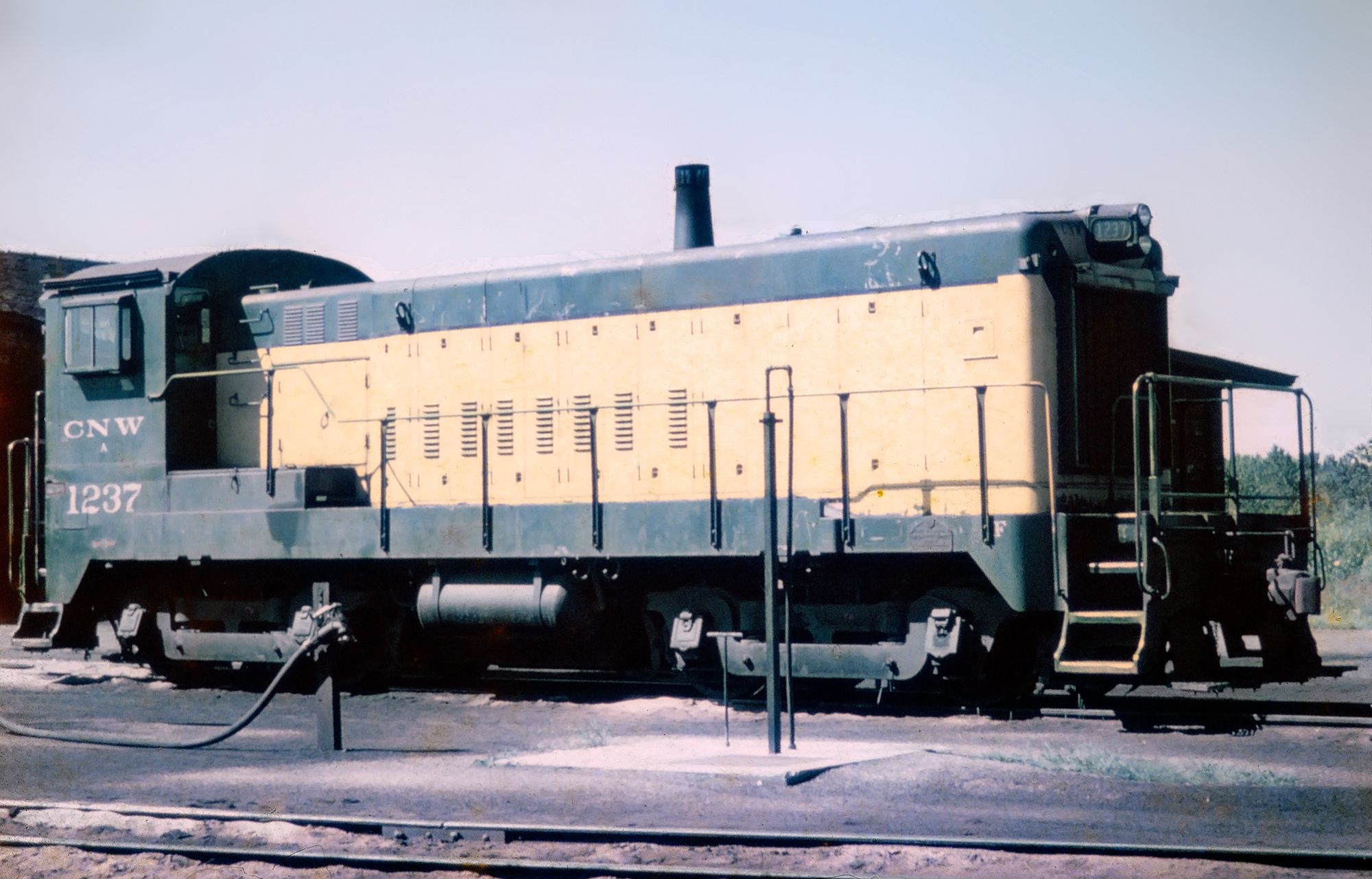 The VO660 began production in April, 1939 as the company's first true diesel model. The company was able to produce its own line of diesels only after it had acquired the I.P. Morris & De La Vergne company, which specialized in the design and construction of diesel engines.

Interestingly, Baldwin's purchase of the company was more to diversify its holdings in offering switcher and light duty diesels, as it saw no need to develop a main line freight or passenger locomotive. This can also be seen in its 1929 purchase of the Whitcomb Locomotive Works, which dated back to the late 19th century.

Despite Baldwin's later issues of remaining competitive in the diesel market it actually found sustained business in small switchers. 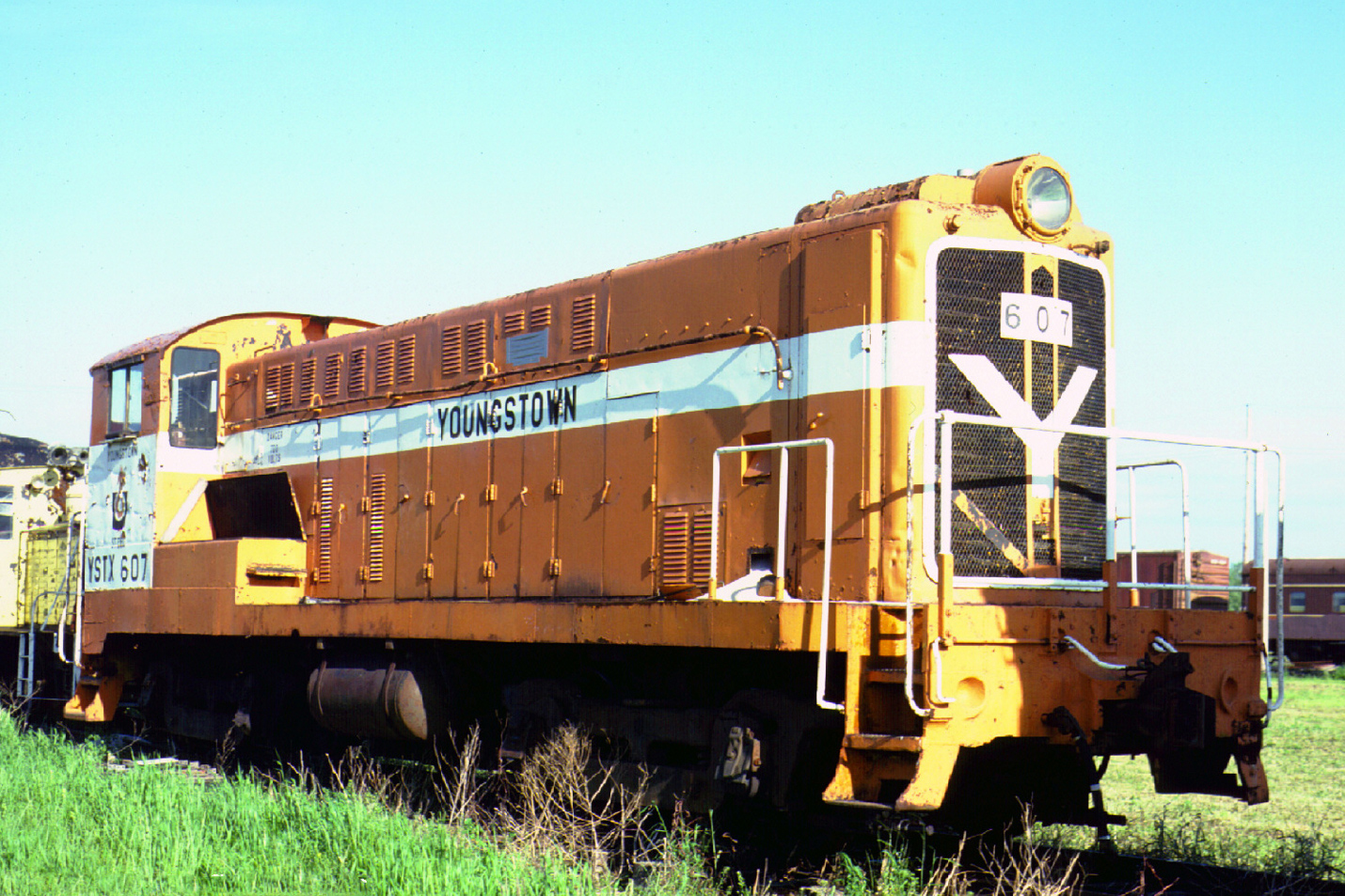 The "VO" was the designation De La Vergne gave to the prime mover used in the locomotive and the "660" simply regarded the horsepower.

The company kept this setup through the VO1000 but soon after changed its classification system to a complex set of numbers and letters.

While Baldwin only sold a little over 100 VO660s railroads tended to favor the design, as could be seen in later models that sold several hundred units.

Class I railroads like the Denver & Rio Grande Western, Chicago & North Western, New York Central, Northern Pacific, Western Maryland, Reading, Wabash and others all purchased at least a few examples of the VO660.

The relatively good reliability of the small switcher and its rugged pulling power made it a real favorite among crews and railroads.

Baldwin's early "VO" model switchers are somewhat difficult to differentiate in that the builder was slowly phasing production over to diesel technology.  As a result, its early variants were offered in a variety of horsepower ratings and constructed at the same time.

The information presented here will break down the switchers built to the 660 horsepower rating, and the various differences to which each was constructed until Baldwin settled on a standardized design.

Baldwin technically never classified the model as the "VO-660."  As Brian Solomon notes in his book, "Baldwin Locomotives," this was another railfan designation to classify these early switchers.

In truth, Baldwin never gave its first production switcher line any name at all, only listing them by their horsepower rating.

The first built to 660 horsepower (and Baldwin's third diesel-electric it ever produced) was demonstrator #62000; despite changes here and there this locomotive essentially kicked off the 660 horsepower line.

From Baldwin's view, #62000 was its first production diesel locomotive, completed as a demonstrator in October, 1936.  Following demonstrations on June 28, 1937 it was sold to the Santa Fe as #2200.  The locomotive primarily handled switching chores at AT&SF's Dearborn Station (Chicago).

In 1940 Baldwin offered to replace the locomotive with a 1,000 horsepower variant (Class 0-4-4-0 1000/1 DE29), which featured Westinghouse equipment, a trait by then shared with all Baldwin-produced diesels.

Reading #36 (later renumbered 60 within a year of its delivery) was a one-off design that featured 'I' beams between the engine compartment running the length of the carbody.

This resulted in an extended pilot "porch" and unconventional elevated walkway along the long hood.  No other VO-660's were built like this particular unit.

* As John Kirkland notes in his book, "The Diesel Builders: Volume Two," General Steel Casting Corporation never gave their trucks model identifications, such as AAR Type A or AAR Type B.

While the types were adopted by American Association of Railroads (AAR) as standard designs, their specific designations were actually coined by railfans, not the industry.

This was made to improve clearance restrictions under bridges, within tunnels, and among other potential obstacles.  In total, the VO-660 was built in Lots A through K; changes after Lot B were minor.

Of important note is the first five VO-660's constructed, Baldwin serial numbers 1-5; these locomotives were built to the specifications noted above.

Beginning with Baldwin serial #6 (Northern Pacific #128), part of "Lot A" (Baldwin's way of designating minor differences/improvements to a model type), some changes were made which is reflected in the below data sheet. 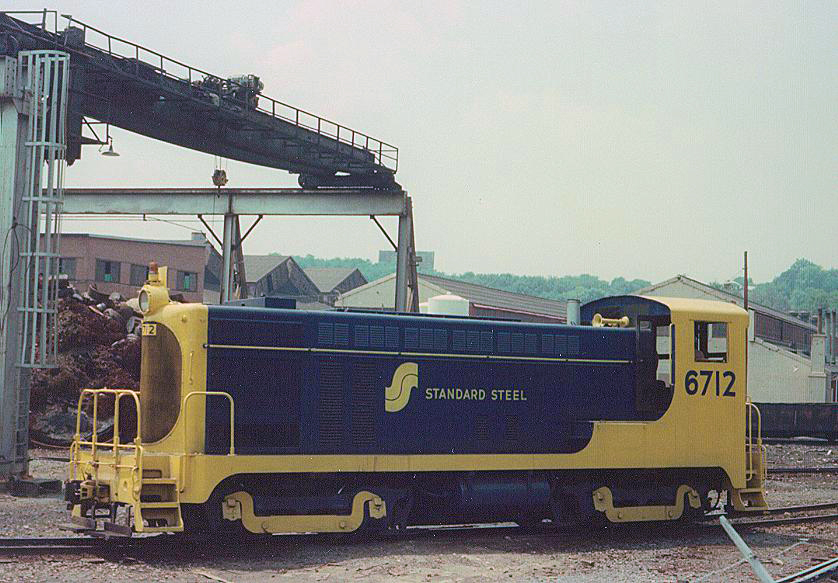 Standard Steel VO-660 #6712 is seen here at the company's plant in Burnham, Pennsylvania on July 20, 1976. Purchased new by the manufacturer in 1940 she is the oldest preserved Baldwin, currently owned by SMS Rail. Doug Kroll photo.

The VO660 also found an interest with industrial settings as companies like the Iowa Ordnance Plant, American Smelting and Refining Company, American Steel & Wire Company and even the US Navy and Westinghouse itself purchased the VO660.

For Baldwin its real successes with switcher designs came later with models like the VO-1000, S12, and DS-4-4-1000. These locomotives offered much greater horsepower and tractive effort, which made them more marketable (as railroads could employ them in a number of different applications, not just switching and shuffling cars).