The EMD SD45 series included several variants of the original design, just had been the case with the SD40 series.

The series was very successful, particularly the original model which sold more than 1,200 examples by itself. While EMD now built its locomotives using a standard frame and design (beginning with the SD35), the SD45 is easily distinguishable from its siblings by its rear flared radiator, a trademark that no other model featured.

However, perhaps it was the SD45 that in some ways began to show "cracks" in Electro-Motive's armor.

For the first time in the company's history a model it cataloged had some reliability issues. These were eventually resolved but it was a foreboding of things to come.

In any event, the SD45 could pull almost anything and today, numerous units remain in revenue service on shortlines and regionals. 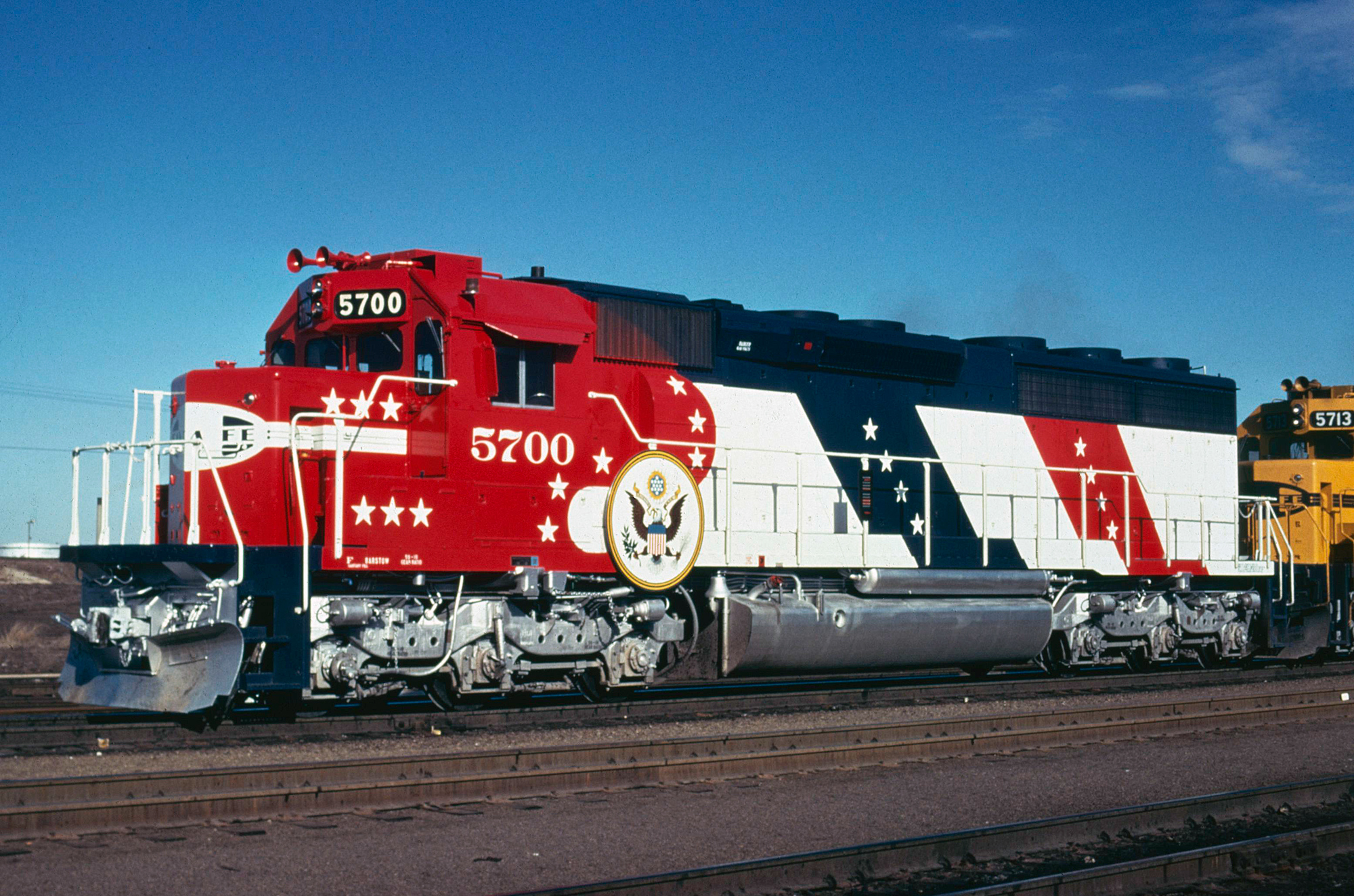 The SD45's 20-cylinders meant it was extremely powerful, able to produce 3,600 horsepower (600 horsepower more than the SD40 series released a year later), which was a significant reason so many railroads purchased the model.

Sales for the SD45 took off rather quickly given EMD's stellar reputation as a locomotive builder through the mid-1960s. However, as railroads began to use the locomotive they began experiencing reliability issues. 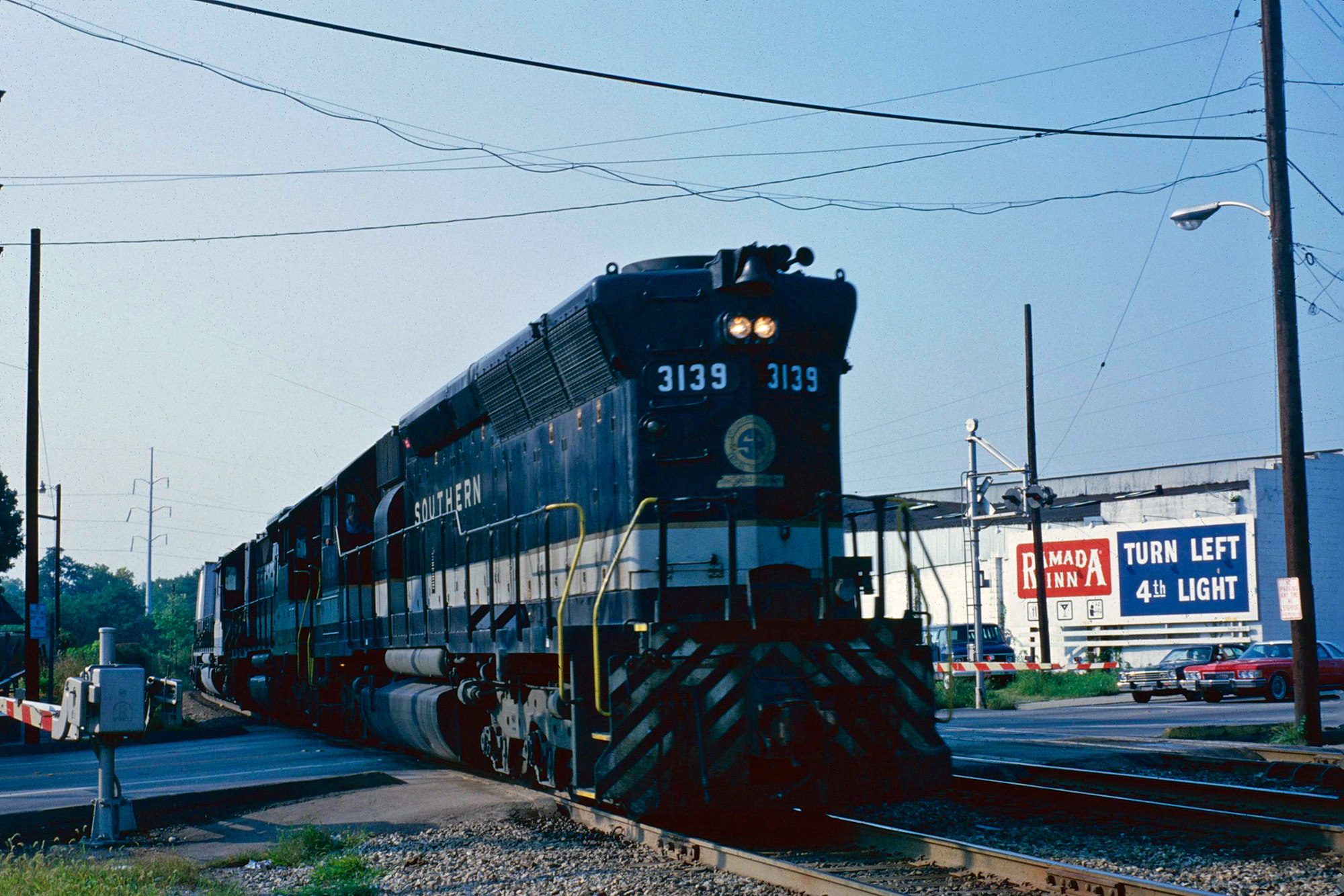 The 20-cylinder prime mover was experiencing teething issues and had a tendency to break crankshafts, naturally resulting in engine failures out on the road.

While EMD soon fixed the problem by replacing the main engine block with a new design many railroads were turned off of the locomotive after its initial problems and with the highly successful and reliable SD40 released in 1966 decided to just buy that model instead. 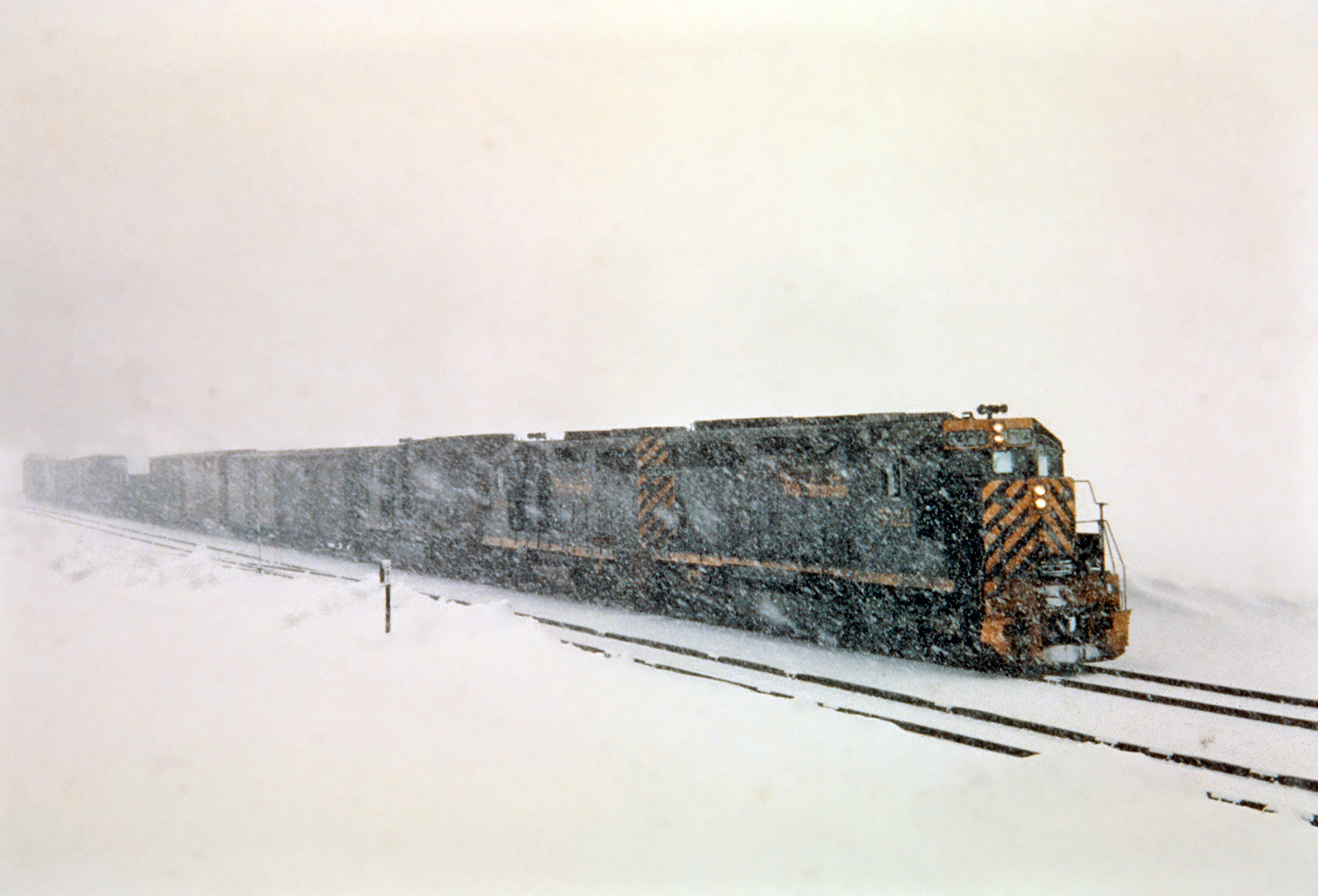 In any event, the power the SD45 offered could not be denied and some lines truly liked theirs.

In 1967 EMD released the SDP45, which at 70-feet was five feet longer than the SD45. It was built for use in passenger service featuring a steam generator and water supply. 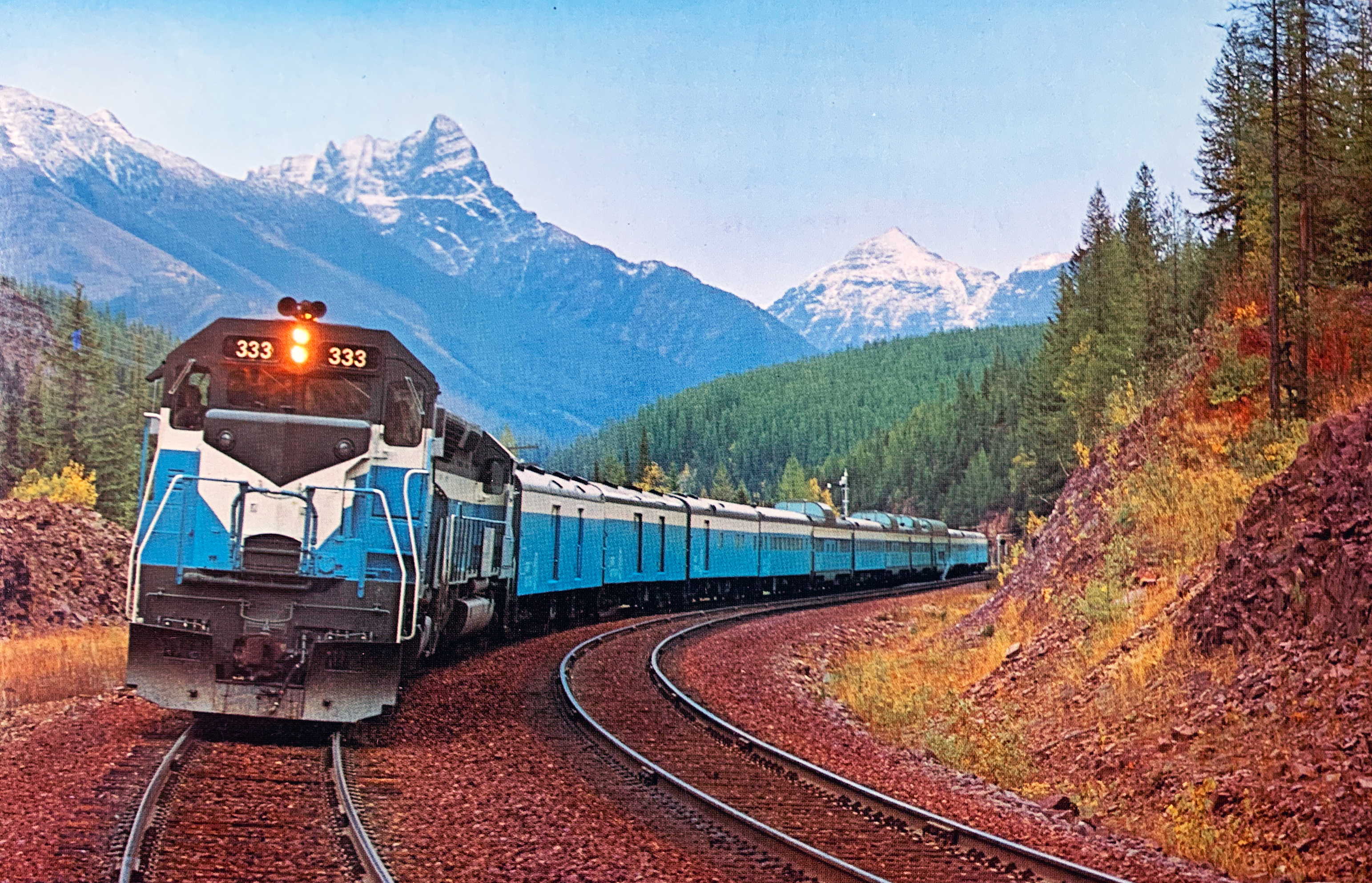 In this Great Northern publicity photo, new SDP45 #333 leads the "Empire Builder" in its redesigned "Big Sky Blue" livery near Montana's Glacier National Park during the fall of 1967. Author's collection.

Just 52 SDP45s were built for the Southern Pacific, Great Northern, and Erie Lackawanna (the EL purchased the most, 34).   In the summer of 1970 EMD began construction on the experimental SD45X.

The locomotive was rated at 4,200 horsepower and only the Southern Pacific purchased the model (3) with EMD owning 4 demonstrator units.

As with the SD40 series, in the spring of 1972 EMD released the upgraded SD45-2 model, which was virtually identical to its predecessor save for updated electronics allowing for the locomotive to be more efficient.

The model was built through 1974 with 136 units sold. Around the same time EMD also manufactured the SD45T-2. 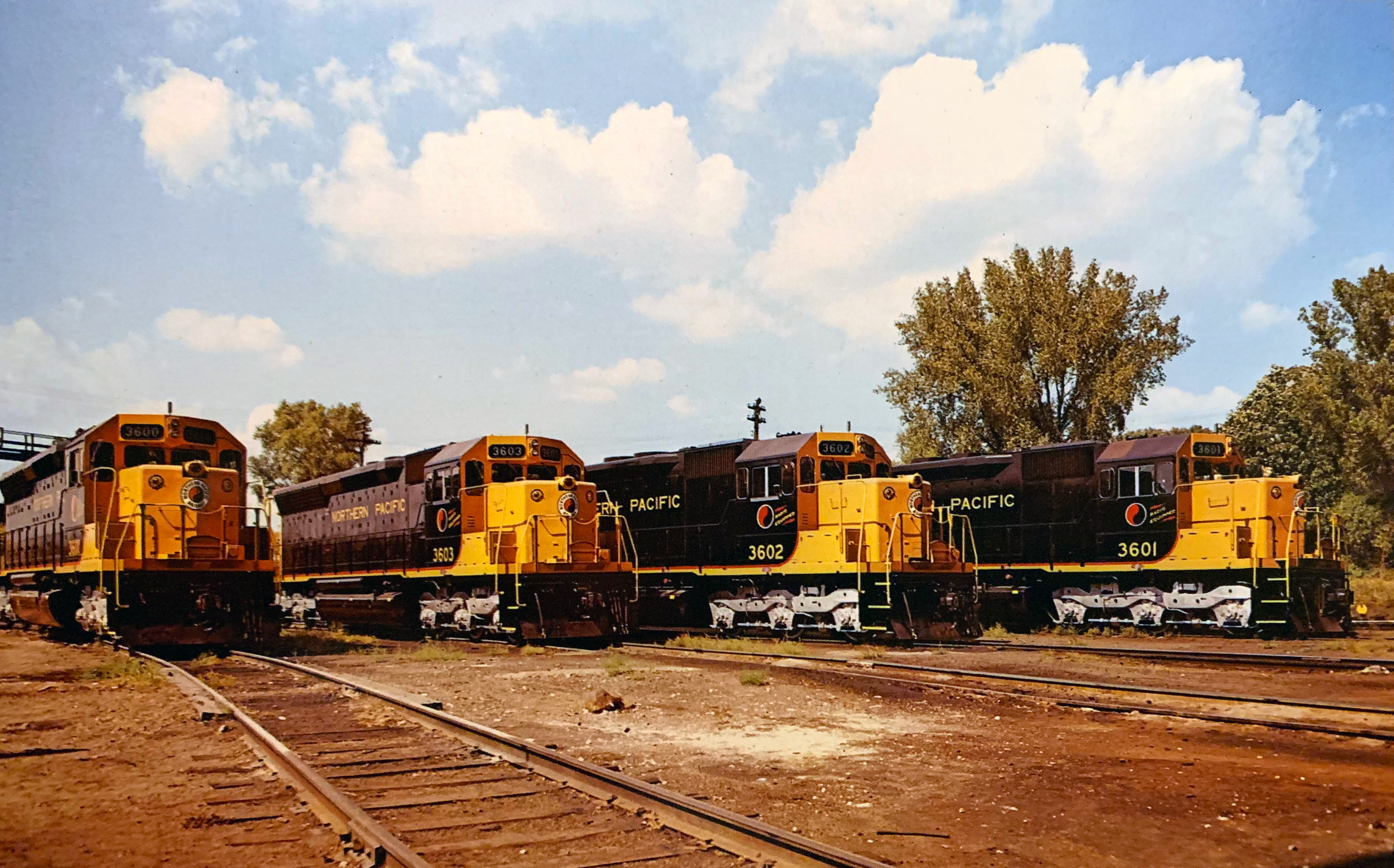 As with the SD40T-2, requested by the Rio Grande, the SD45T-2 redesigned its air intakes to the locomotive's walkways and the radiators were moved as high as possible.

This allowed the locomotive to receive the clean, cool air found near the floor of tunnels (where exhaust and heat was an issue) and blowing it up through the radiators and out the top. 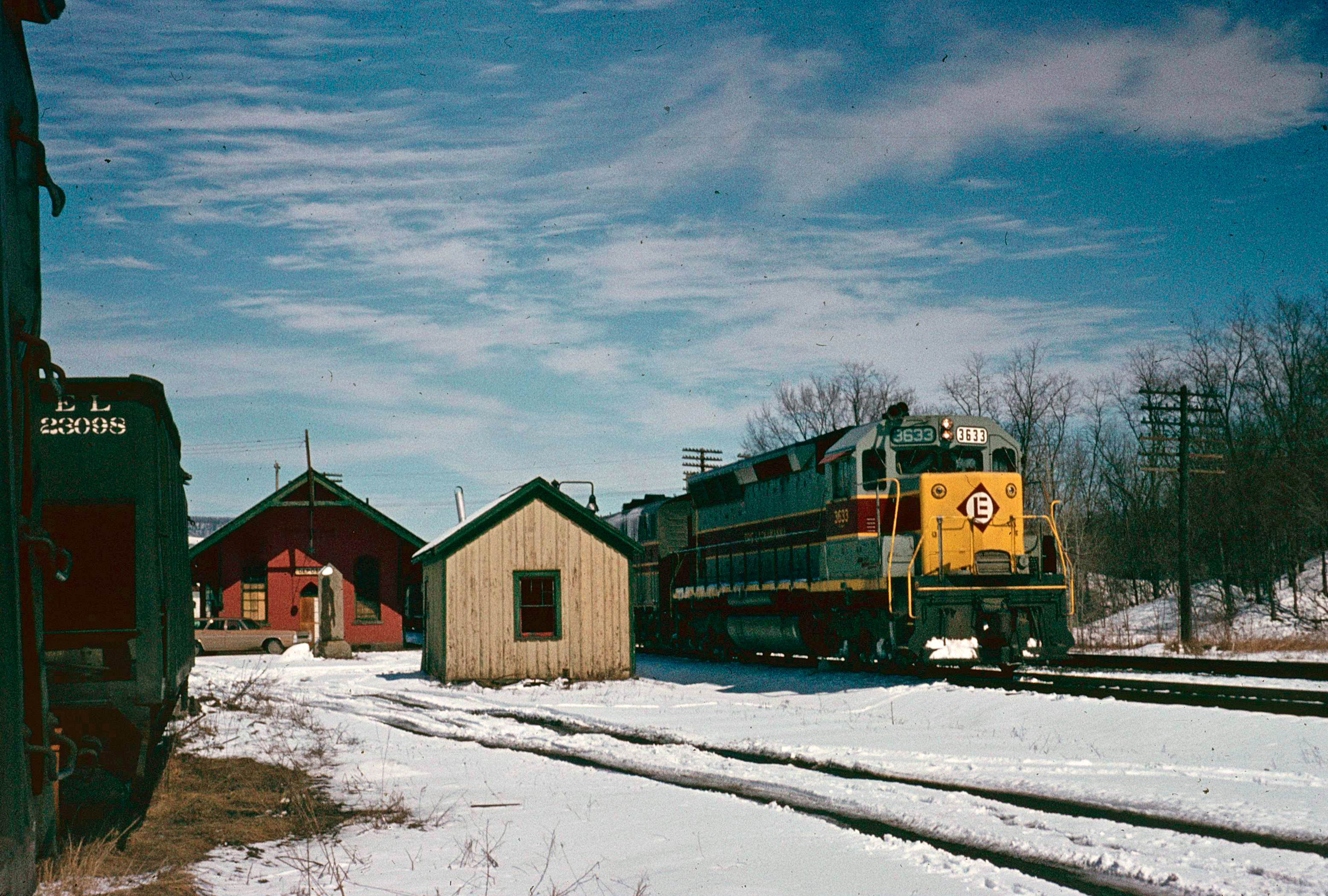 Erie Lackawanna SD45 #3633 is stopped with a westbound freight at the small depot in Deposit, New York during a crew change in March, 1970. Photographer unknown. Author's collection.

It proved to be an innovative and successful design as both the SD40T-2 and SD45T-2 sold quite well for a variant; the former selling more than 300 examples and the latter nearly 250, all of which went to the Southern Pacific/Cotton Belt (9157-9404).

Today, most of these units are in operation while SP #9193 is preserved at the California State Railroad Museum in Sacramento. 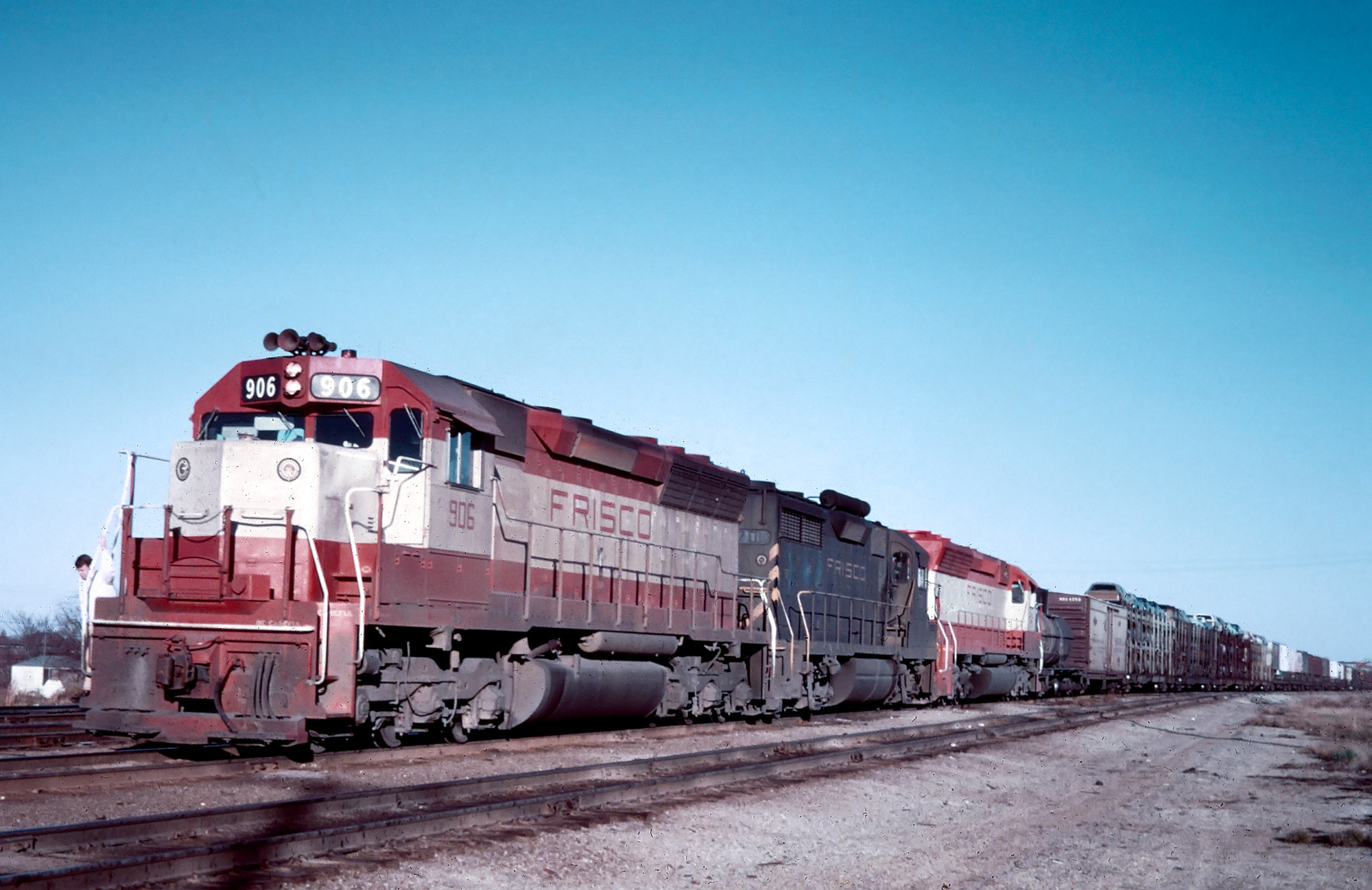 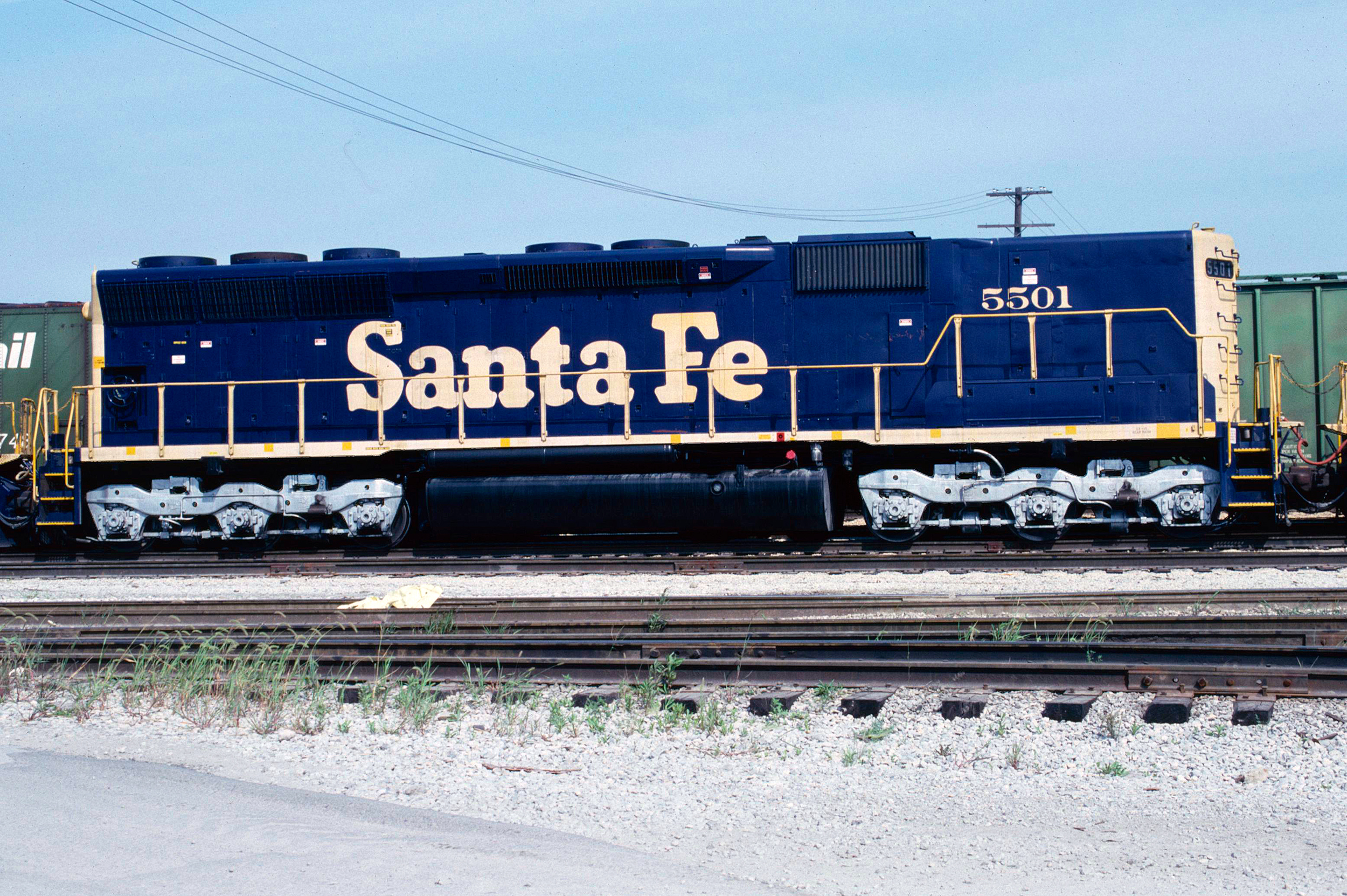 While not as successful as the SD40 series the EMD SD45 and its variants still sold very with more than 1,700 purchased by the time production had finally ended in the early summer of 1975.

After EMD corrected the model's engine block flaws most of the fleet remains in active revenue service today.