The DR-6-4-1500 was Baldwin's A1A-A1A design intended for passenger service.  It was a direct competitor to Electro-Motive's successful "E" series and Alco's beautiful "PA" line

Unfortunately, Baldwin lagged far behind its rivals in the cab locomotive market.  It struggled immensely to sell full-bodied diesels, either freight or passenger variants.

But, as John Kirkland points out in his book, "The Diesel Builders: Volume Three (Baldwin Locomotive Works," the DR-6-4-1500 was never actually a production-line model.  It was built solely on the request of New York Central and Seaboard Air Line 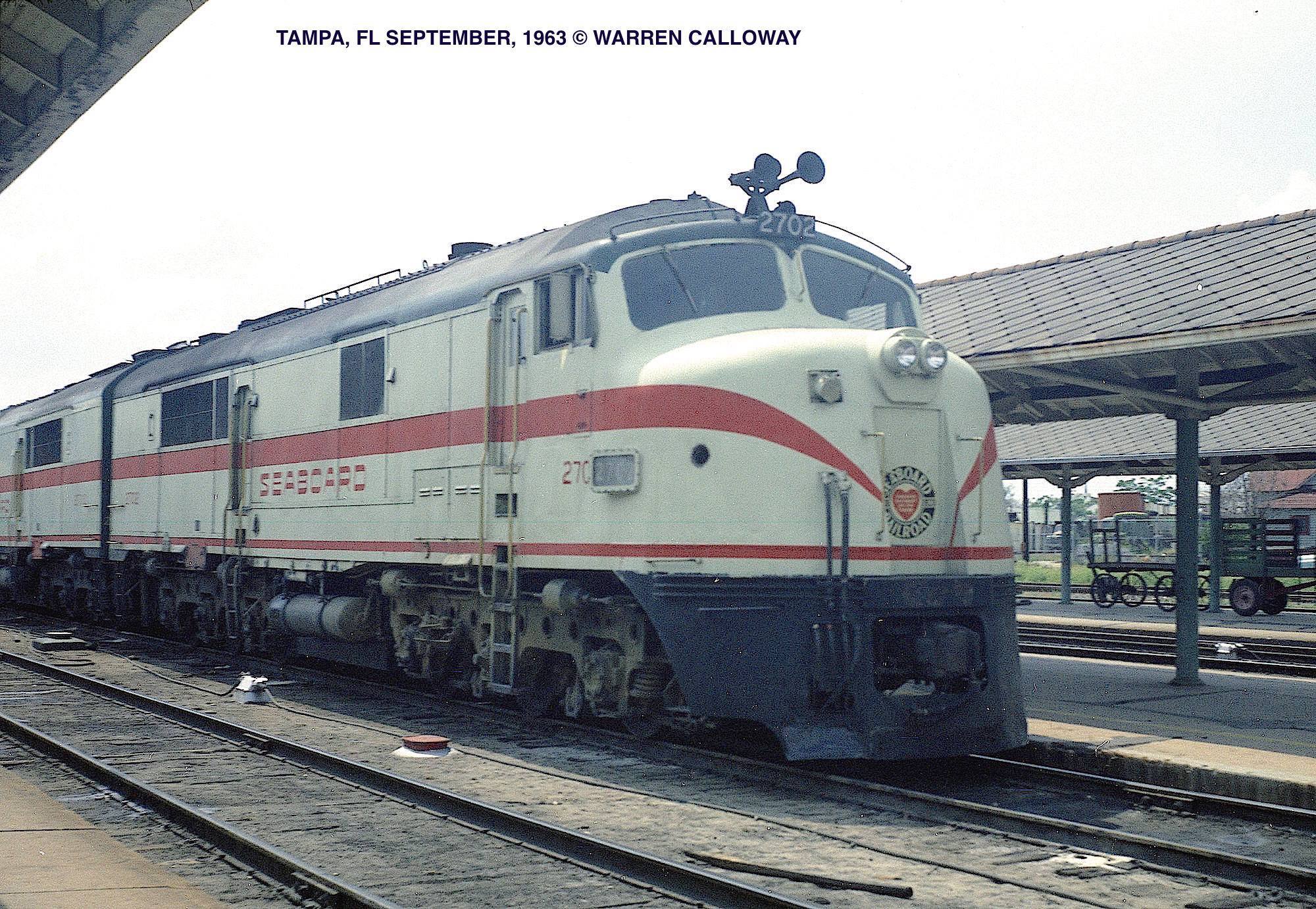 A pair of the Seaboard Air Line's rare, Baldwin-built DR-6-4-1500's are seen here in Tampa, Florida during September of 1963. Warren Calloway photo.

The DR-6-4-1500, and later DR-6-4-2000, concluded Baldwin's development of passenger locomotives.  Afterwards, the company primarily focused efforts on its cab freight locomotives, notably the RF16.  Today, there are no examples of the DR-6-4-1500 preserved.

The Baldwin DR-6-4-1500 began production in November, 1947 and featured an A1A-A1A truck setup (i.e., the two outside axles were powered while the inside axle was not), perhaps the only difference from the earlier model which included simply a B-B truck setup.

It was the first engine built exclusively by the iconic manufacturer as its early VO660 and VO1000 models came equipped with prime movers from subsidiary I.P. Morris & De La Vergne which Baldwin had purchased in 1931.

The DR-6-4-1500 never made it to the redesigned "Shark Nose" carbody (designed by the firm Hadley, Ryder & Pedersen).  The reasoning here, of course, was that no future orders were requested for this particular variant.

Only 10 were built by the time production had ended in the spring of 1948; 4 'A' units and 2 'B' units by New York Central and '3' A units by Seaboard Air Line (there was also one demonstrator built).

Baldwin's first classification system for its diesels did have purpose although sometimes it's hard to fathom considering the difficulty in trying to decipher it. When the company switched production to diesel locomotives it was still manufacturing some steam locomotives.

This setup persisted through the late 1940's.  As a means of differentiating the two Baldwin came up with a steam locomotive-like designation system, similar to the Whyte Notation.

To simplify the model was regarded merely as a DR-6-4-15.  Given the problematic nature of the DR-6-4-15, and all early main line diesels produced by Baldwin, both the NYC and Seaboard did not retain their units long before trade in or outright scrapping them.

Virtually all were off both companies' roster by the 1960s.  When Baldwin uprated its primary diesel engine and dropped steam production entirely the company overhauled its locomotive line.

It dropped the "Whyte Notation" classification system and adopted a much simpler protocol for naming new models.  The "Standard Line" was much more successful than Baldwin's first generation of diesels.

It is interesting to wonder what may have been had parent Westinghouse continued in the locomotive market.  If Baldwin had remained an independent company at the time it almost  surely would have continued refining its product.