The SW1500 was constructed directly after the SW1200 and was the builder's second model to employ its upgraded model 645 prime mover.

As with the SW1000 (which was the first to use the 645 engine), the SW1500 featured a bulkier carbody and was a bit heavier from earlier models although its intended use remained the same, working light branch lines or in industrial settings.

With the horsepower rating, weight, and top speed the switcher was essentially a road switcher (it offered nearly the same ratings as the GP7 released a decade earlier).

Once again railroads found the SW1500 to their liking and many Class Is purchased the model, very likely due to its extra horsepower allowing it to be used in numerous applications.

Today, SW1500's remain quite common doing the tasks to which they were originally intended for on large and small railroads around the country.

Additionally, there are none known to yet be preserved although this will certainly change as some units are retired in the future (whenever that may be). 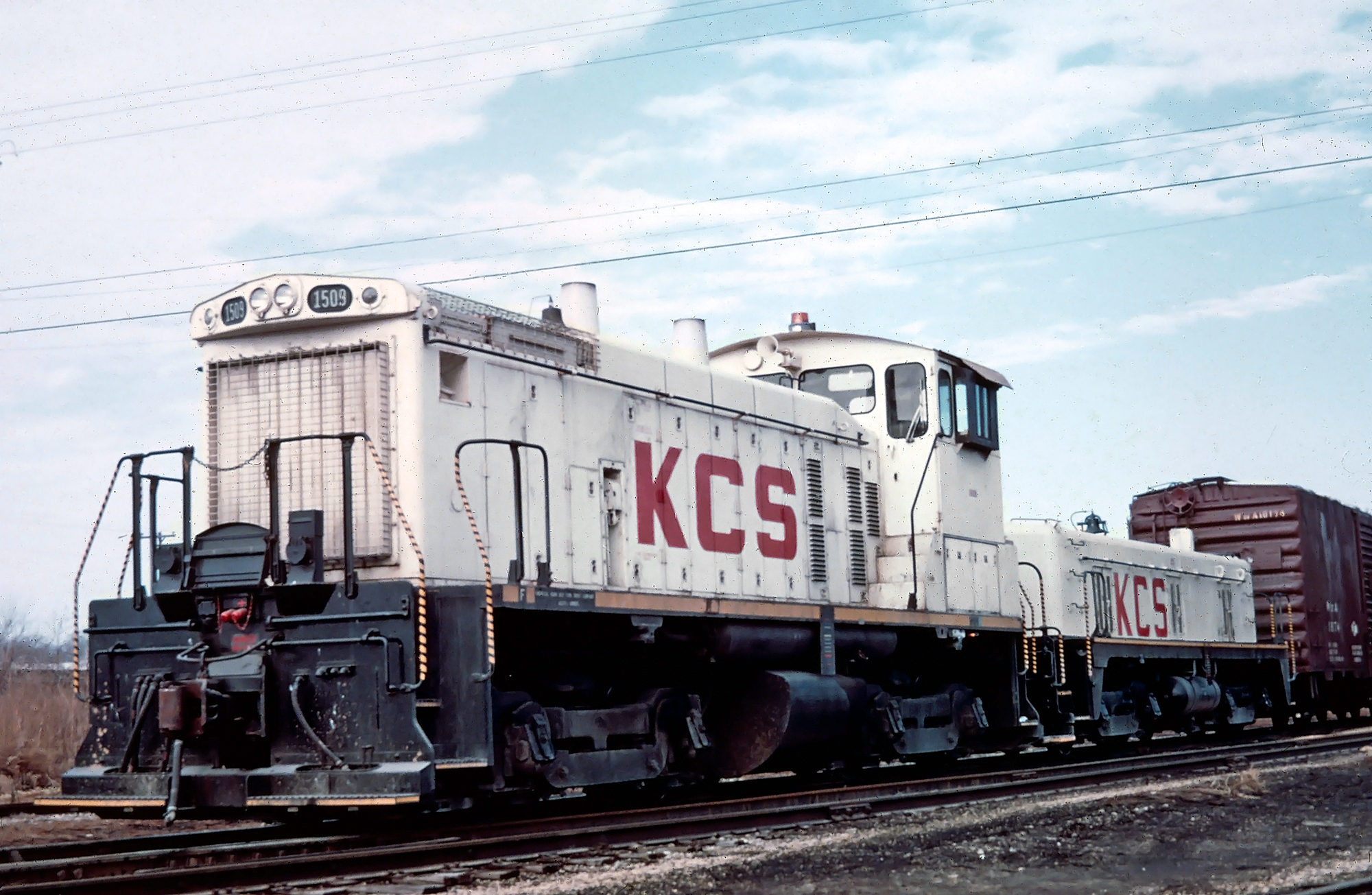 It weighed slightly more than most SW models at 124 tons and using EMD's model D77 traction motors could produce 38,000 pounds of continuous tractive effort (62,000 pounds starting), a bit more than most other switchers in the line.

The Electro-Motive Division had originally intended the SW1500 to feature standard AAR switcher trucks. However, many railroads requested their orders include Flexicoil trucks to allow for faster operating speeds (thus making them more useful in regular freight service). 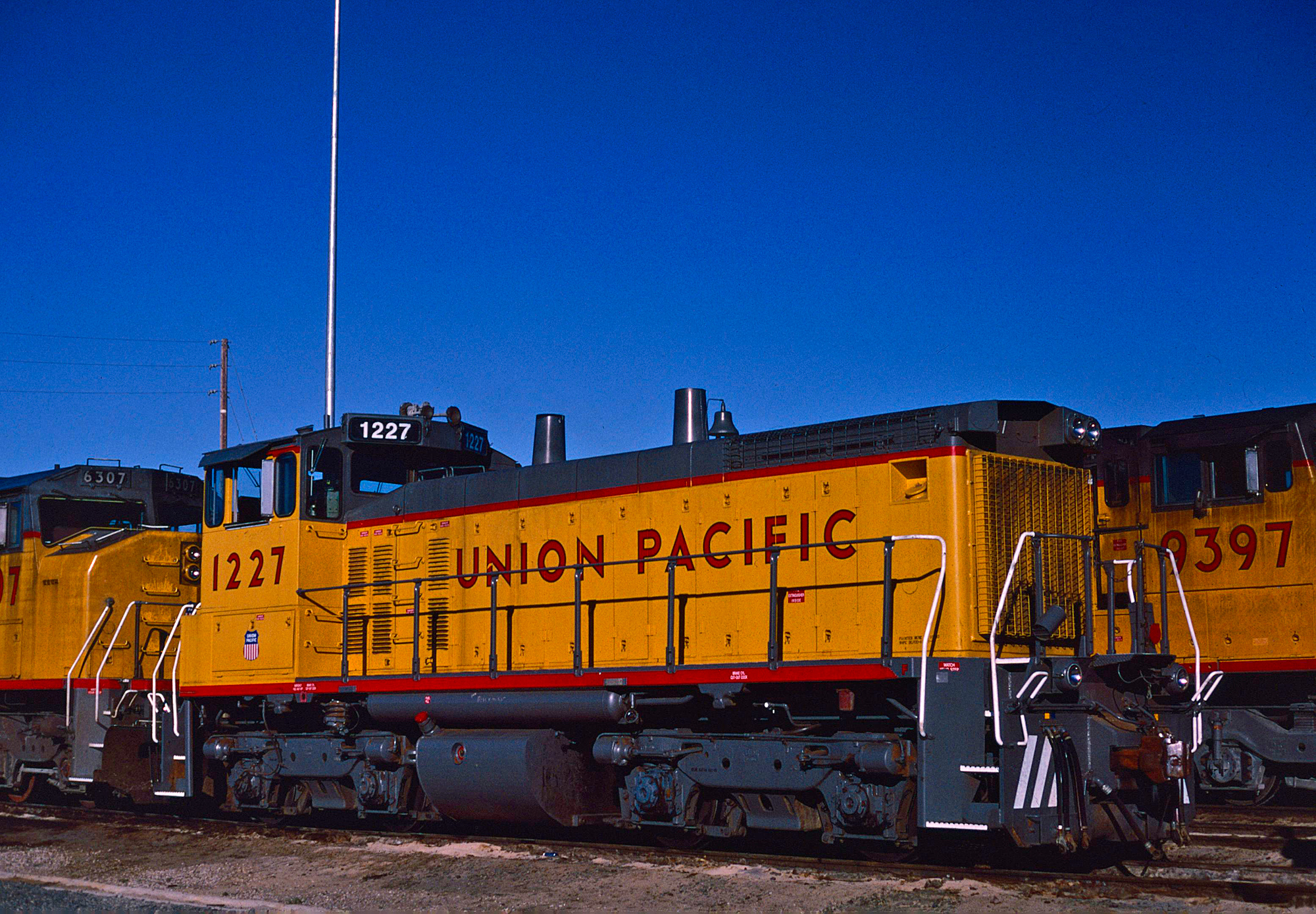 Once again a more powerful switcher was to railroads' liking and the EMD SW1500 sold quite well. Between June, 1966 and January, 1974 EMD produced more than 800 SW1500s, and as usual railroads large and small purchased the switcher along with many industrial operations.

The SW1500 continued to carry the classic carbody style that defined the SW series with a short frame of just over 44-feet with a tapering of the hood near the cab and two conical exhaust stacks.

As with the SW1000 the SW1500 featured less beveling and a wider, boxier cab that no longer included such an arched roof. From a visual standpoint the switcher just looked "beefier" than predecessor designs.

It should be noted that an additional 60 SW1504s were built for Mexican railroad Ferrocarriles Nacionales de México in 1973.

The only difference with the variant was that it came equipped with Blomberg trucks instead of Flexicoil trucks, which were standard on the SW1500.

Overall, it is rather fascinating that there was so much interest in the SW1500 by railroads and industries.

By the late 1960s with the introduction of new second-generation road switchers that were more efficient and more powerful than the first-generation designs many railroads simply found that using the latter units in secondary services (such as branch line and yard duties) was just as practical as spending money on brand new switcher models used for the same service.

Major railroads at the time like the Penn Central, Southern, SP, Frisco, Burlington Northern, and others all purchased the SW1500.